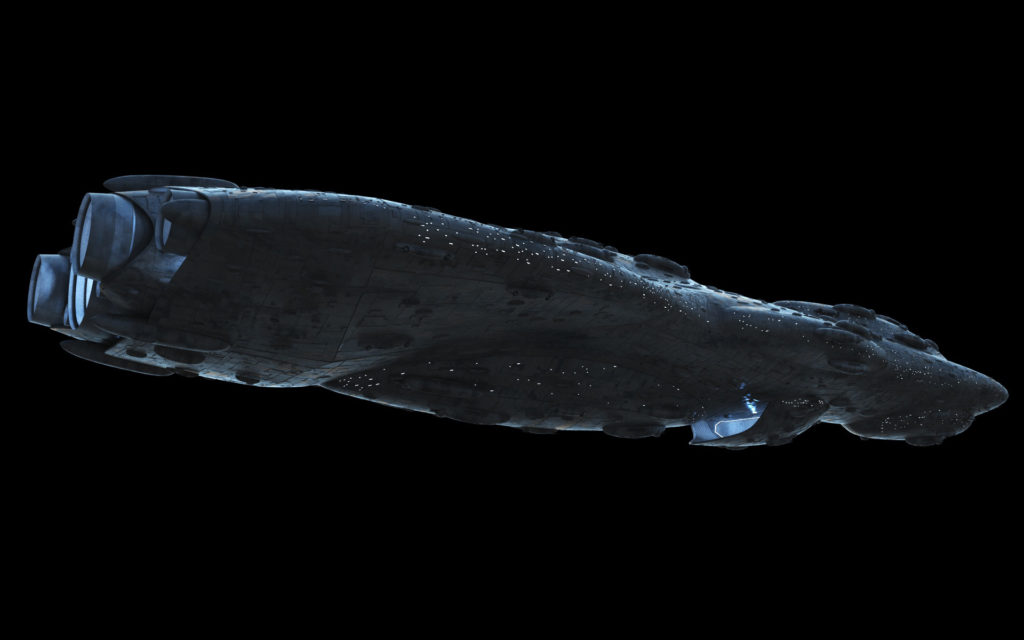 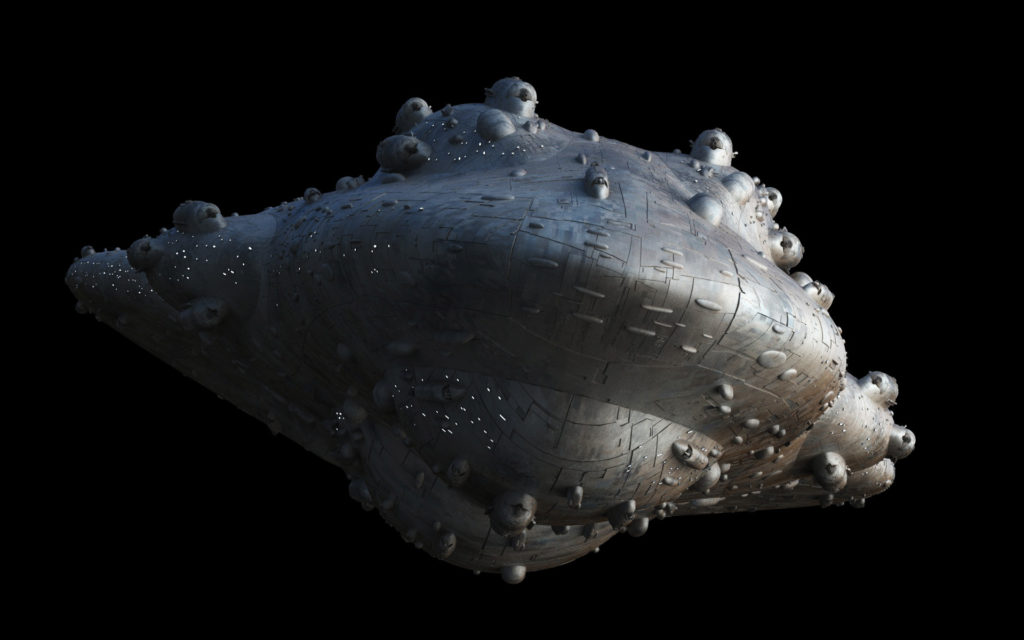 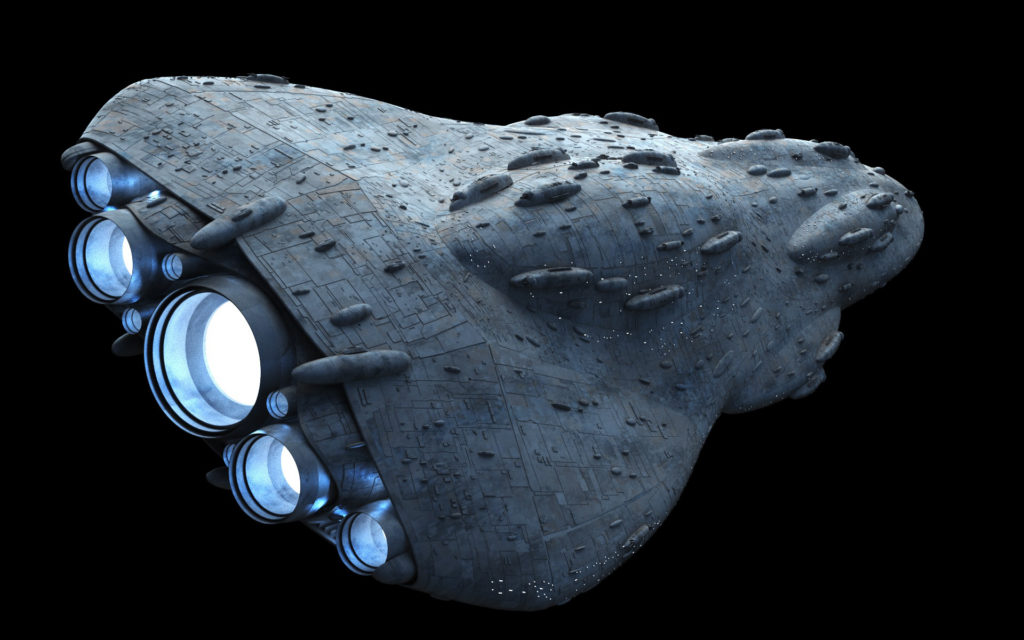 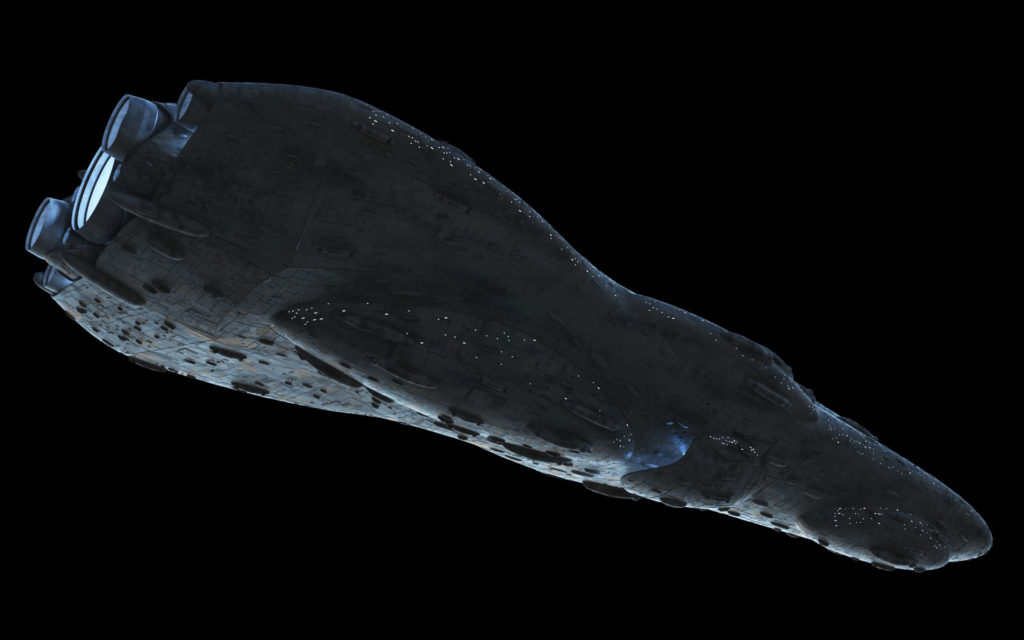 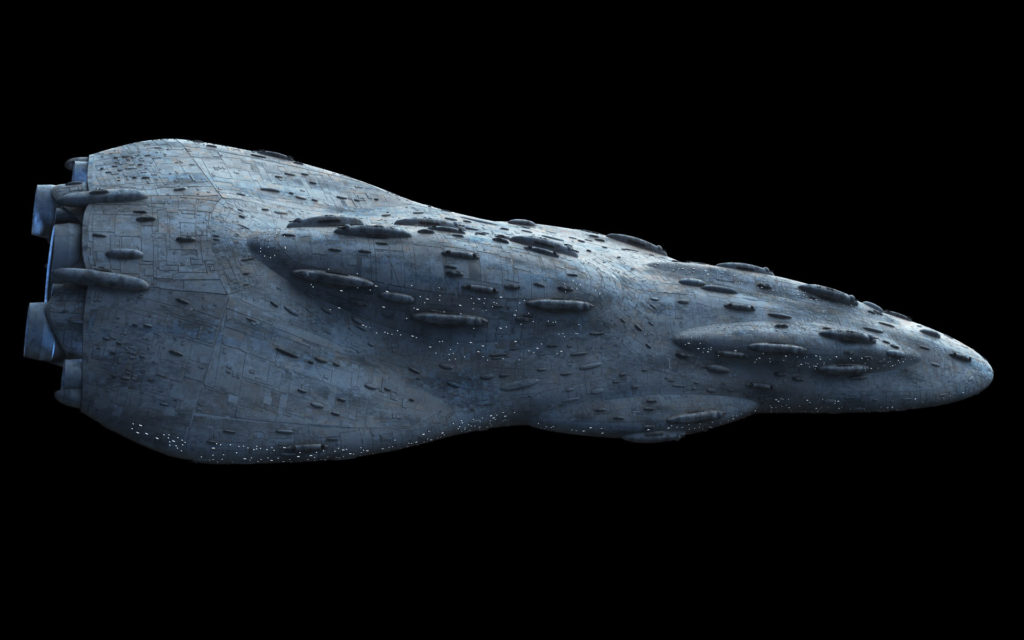 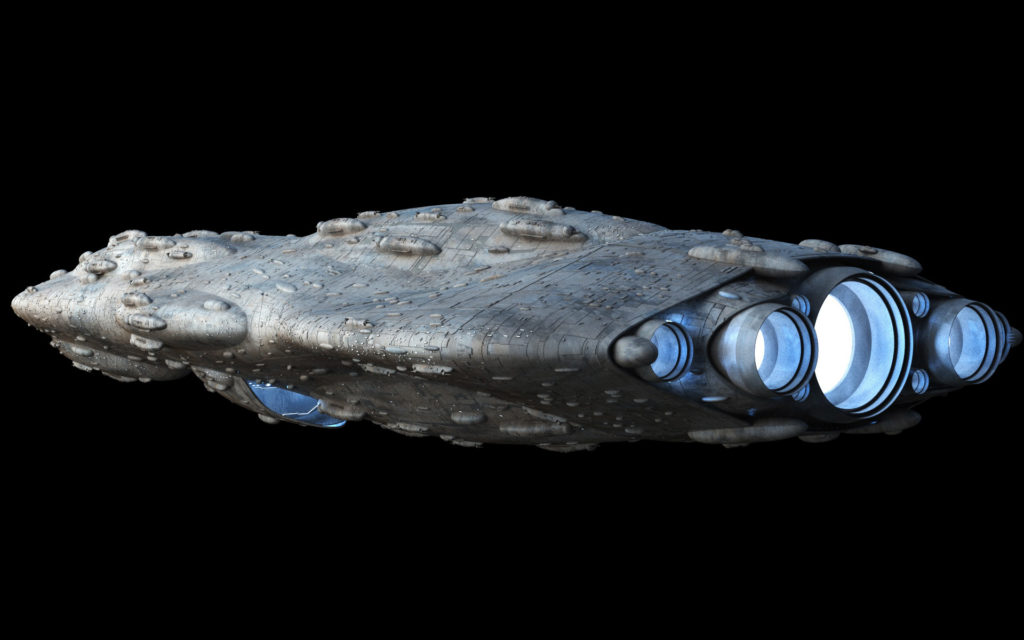 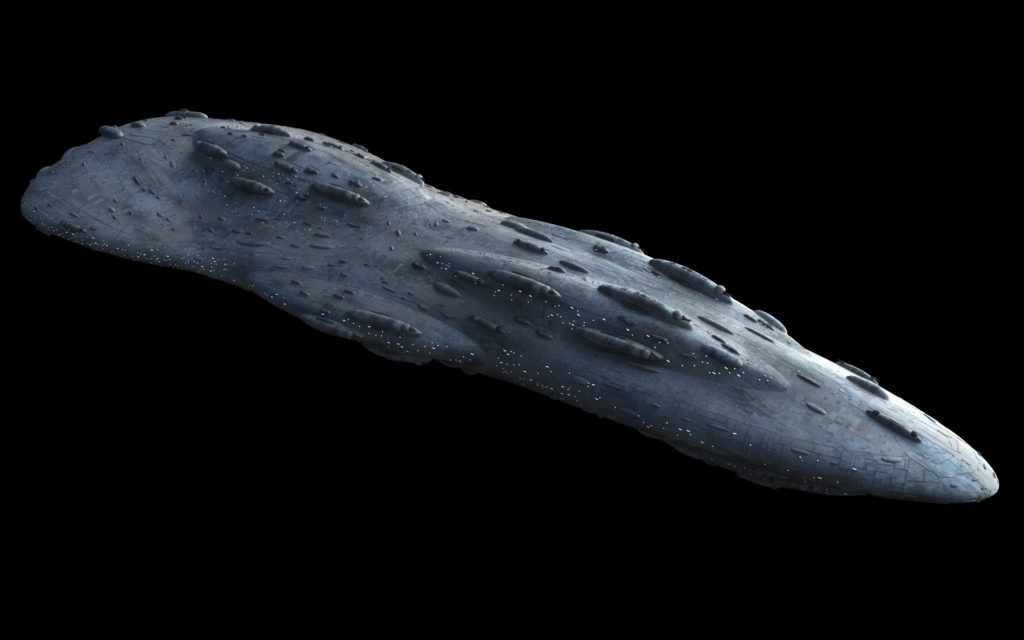 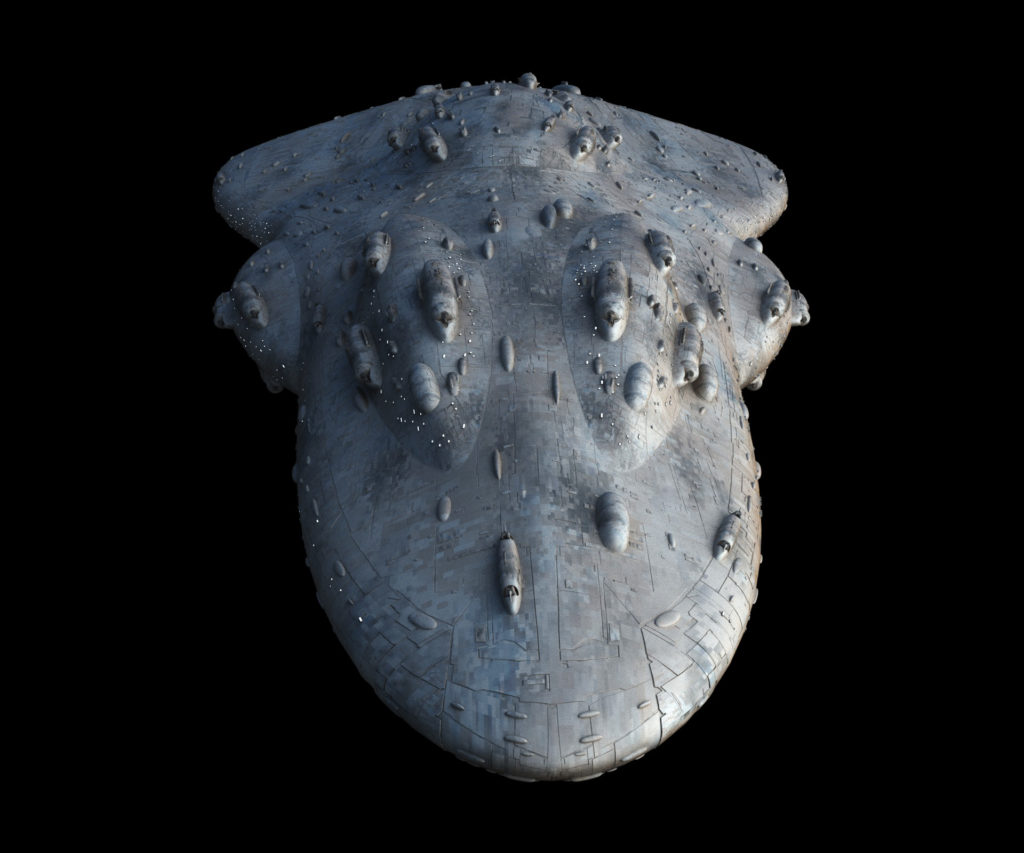 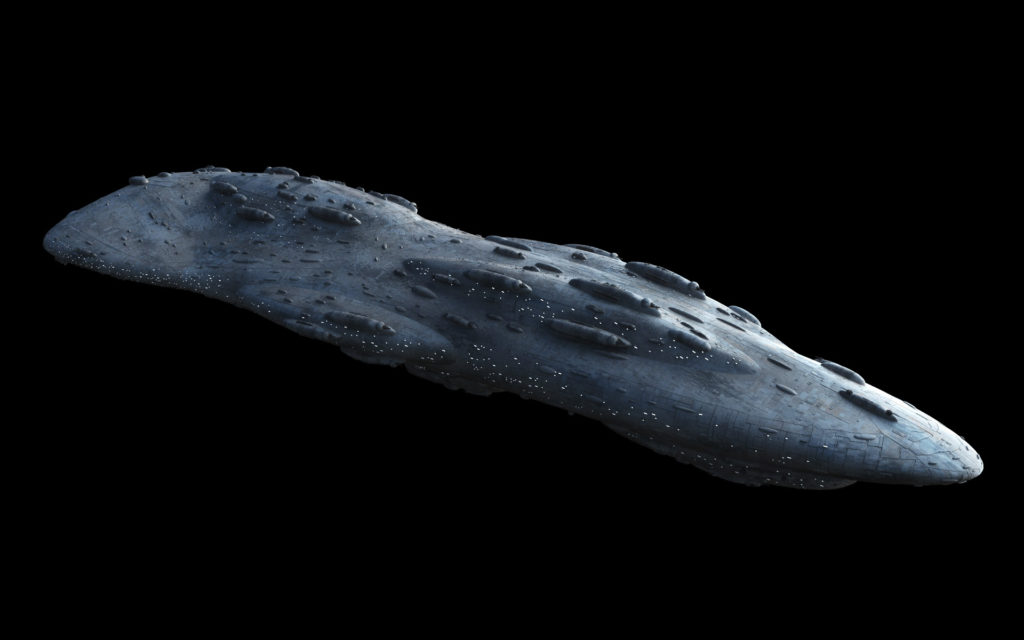 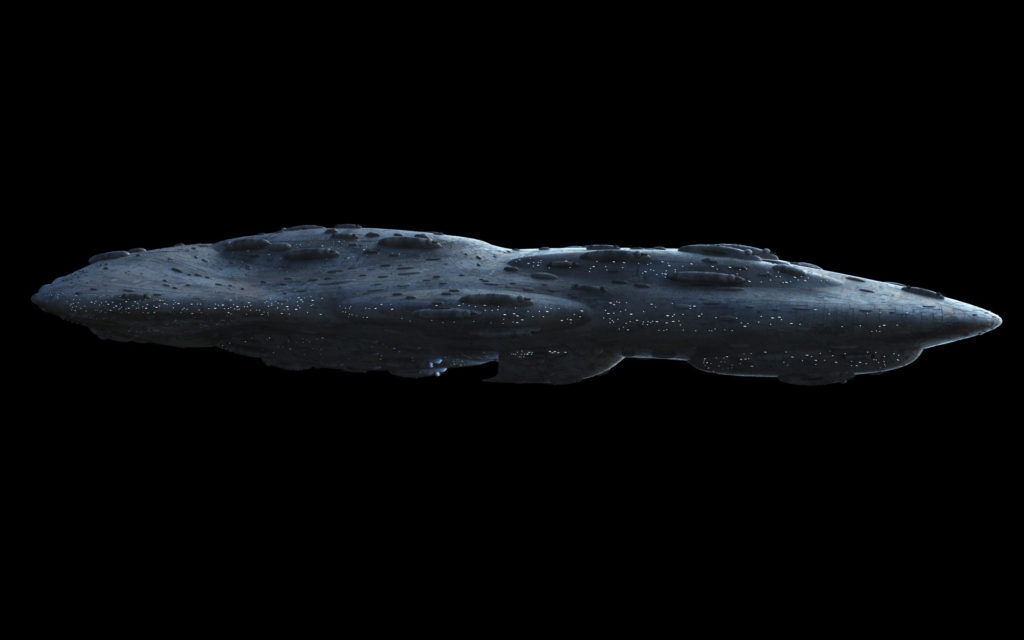 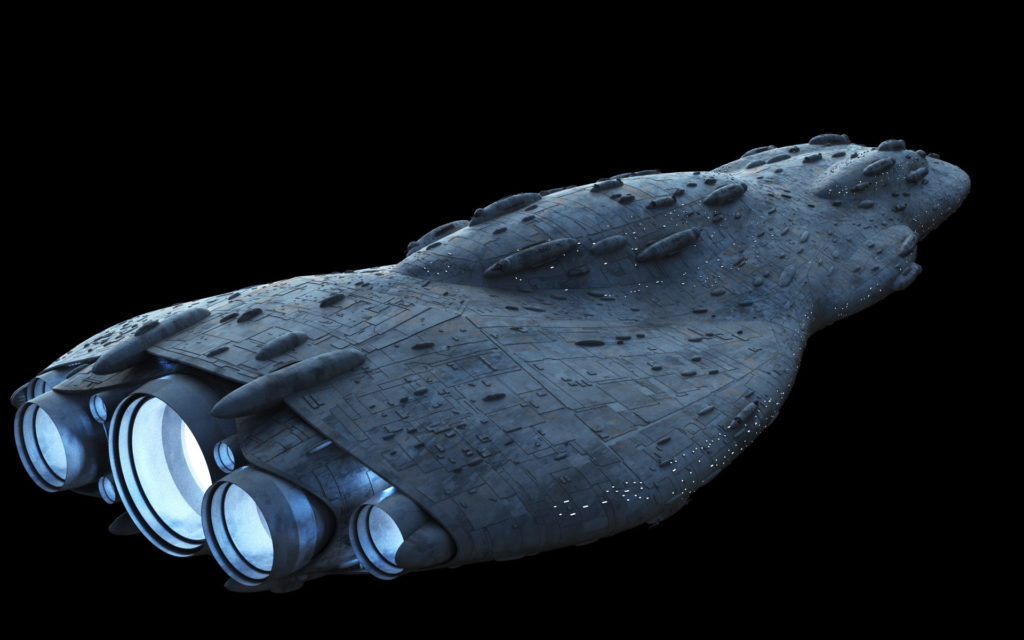 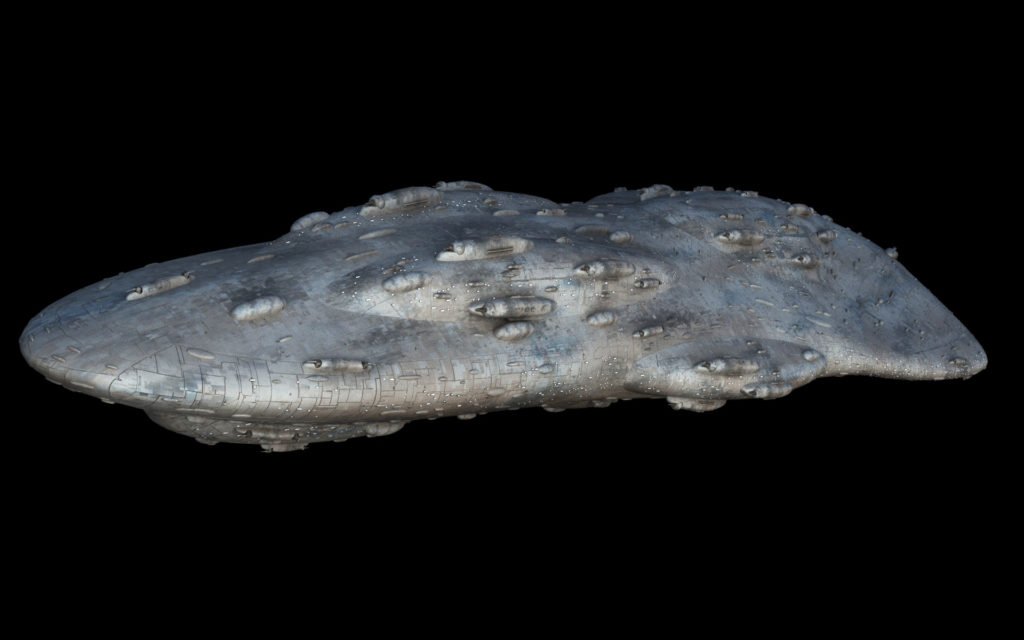 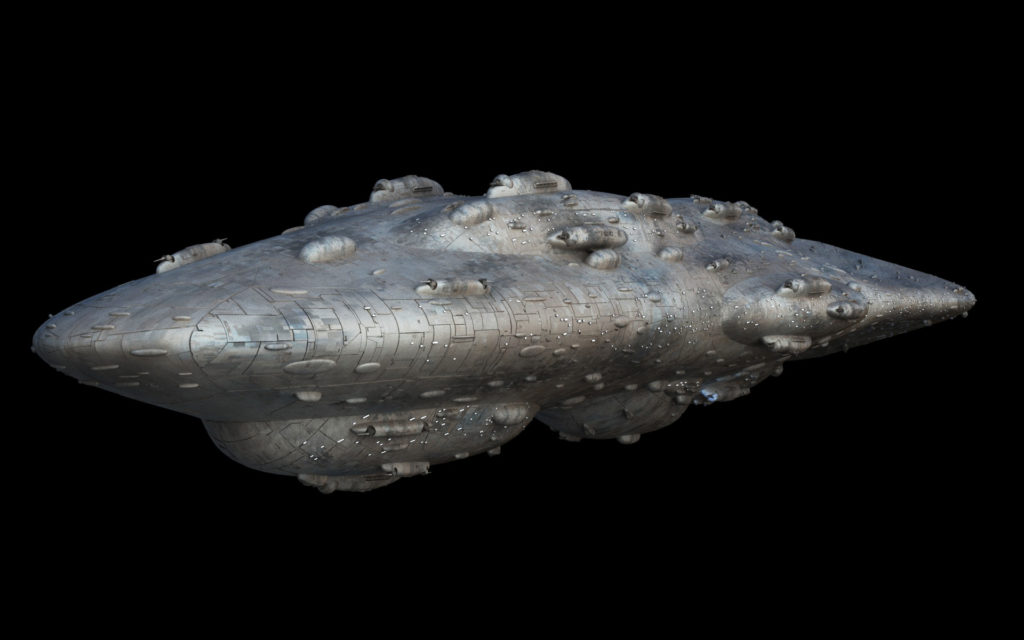 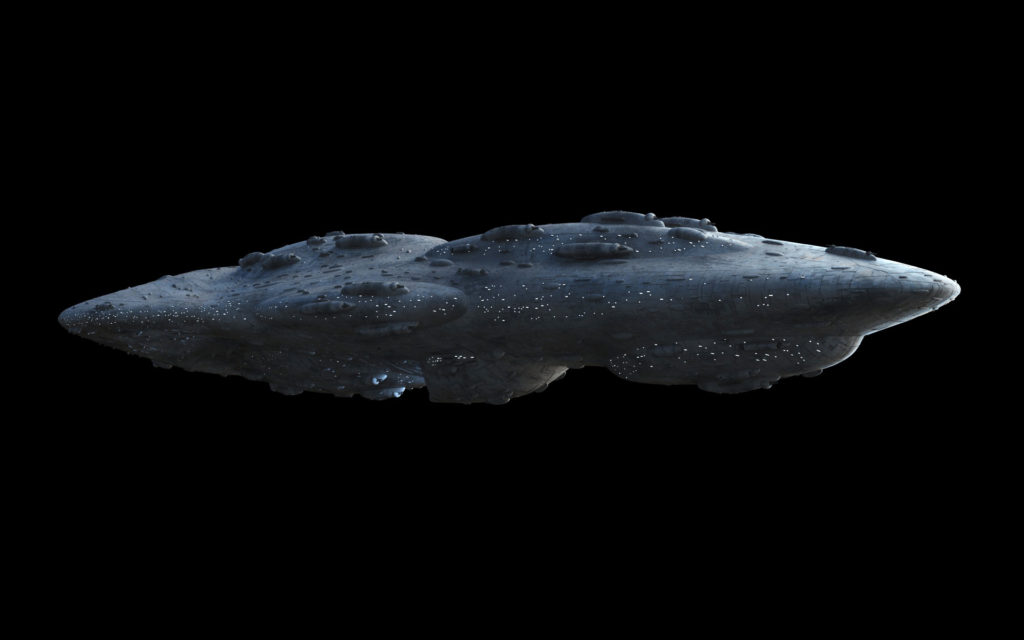 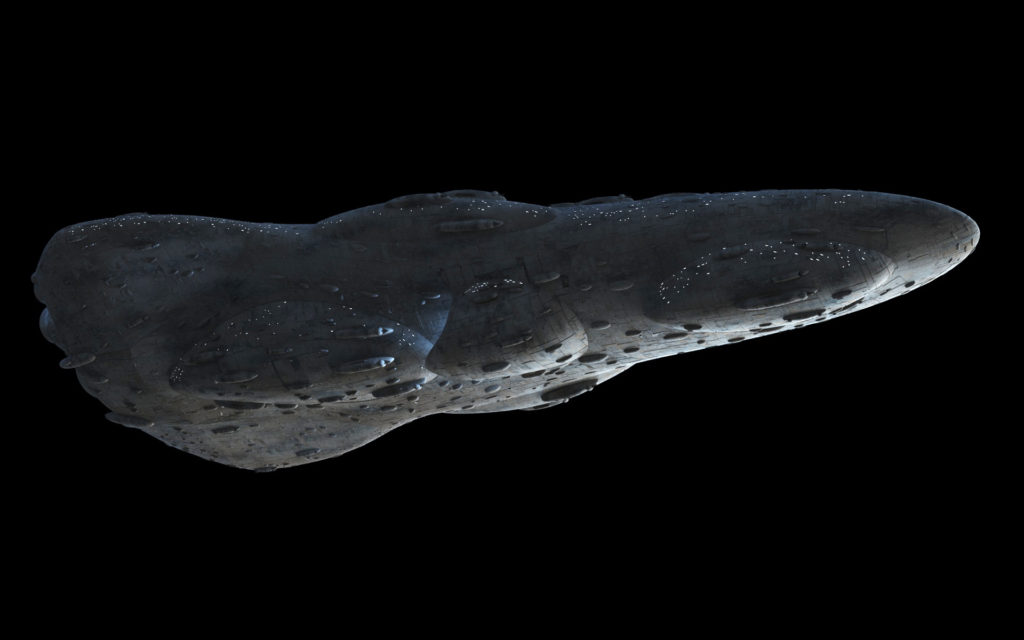 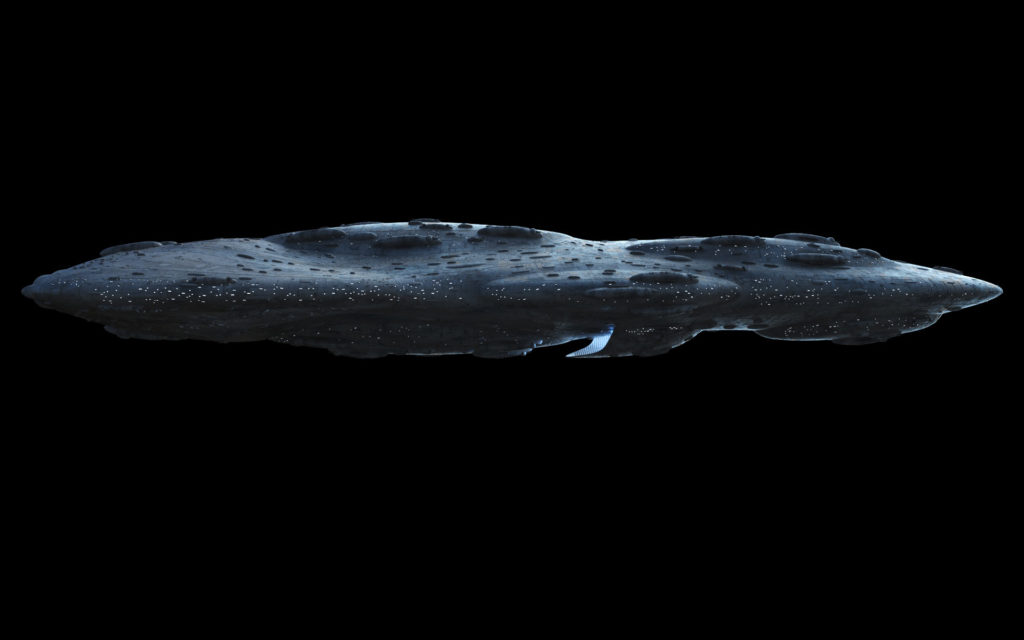 Whats the proposed length and weapons systems for this secy work of art?

To me, this definitely seems like 2km or more

This seems very interesting! I hope it becomes canon.

Hello:
In my opinion, with how compact this ship looks like, I originally thought it was FractalSponge’s version of the MC90 warship.

It would be great to see more Mon Calamari ships from you 🙂 .

Could you start working on some rebel starfighter designs? I know you don’t like working with rebel stuff, but i feel like you would be awesome on on them!

PLEASE MAKE A STAR HAWK CONCEPT!!!! it has never been done officially, and would give some much needed love to the new republic.

Even cooler comment on the Starhawk’s design that is now cannon and also the new Onager Class Star Destroyer.

Yeah, until the New Republic era, the ships weren’t given names, only numbers

More ships and fighters from the Rebellion would be much appreciated!

The Profundity’s armament comes from the R1 Visual Dictionary, which has in my opinion the best technical data for an ISD-I I’ve seen. The Profundity is just over 1200 meters and while its armament may seem underwhelming, it basically the armament of an ISD-I without the heavy quads, medium TLs, and only 1/6 the point defense; but has like 12 torpedo tubes in compensation. So really it manages to pack all of an ISD-I’s heavy armament plus torpedoes, while forgoing the ISD-I’s secondary armament and point defense, which considering its size relative to an ISD its armament makes sense.

The lack of point defense is probably a conscious design decision since it seems with all the frigates and corvettes a Rebel fleet typically has the Rebels MC Star Cruisers concentrate on heavy anti-ship armament to take on Star Destroyers since they’re the only ships the Rebels really have to fill that role, and leave anti-starfighter work to the frigates and corvettes.

I could see optimizing for anti-capital action as a pressed-for-resources tradeoff WRT the MC75 line (y’know, assuming Profundity wasn’t the only example), but designs like the winged/wingless MC80s or Home One strike me as packing enough reactor space to support a roughly Impstar-proportionate (or better in H1’s case) range of weaponry. Outsourcing anti-snub needs to much lighter escorts may backfire badly if someone gets the bright idea to pick *those* off early.

Not every HTL is born equal. If the 1200 meter MC75 is originally the town hall of some Mon Calamari city, it can’t possibly be optimized for ship-to-ship combat in the same way a dedicated Kuati line destroyer is. Fractal has previously estimated the main flank guns of an ISD-I to be outputting 175 teratons per barrel, while an MC75 might be lucky to have a fifth of that per HTL shot. At Scarif, I didn’t see the Profundity fire a single round against either Imperial destroyer, which suggests diverting near 100% of reactor capacity towards shielding/ECM.

The 1200 meter MC80s are Venator equivalent in firepower at best, and I suppose Home 1 was a proper Star Cruiser in the Allegiance range. It’s a pity Lucas didn’t have modern effects resources for Return of the Jedi so we could see them go toe to toe with Imperators at Endor with the level of fidelity he gave us in 2005.

Mon Calamari ships often obfuscated the location of their bridge by disguising it as just one of the many weapons/sensor/shield-projector/observation blisters that dotted their hull.

How many fighters can this calamari cruiser carry?

This looks like a really neat a ship in-between the MC80 and MC90. One of the great features on here is the hangar bay… It’s very well protected from all sides.

Love this design and I’d love to fly my T-65 out of her main hanger bay.

And Gorgeous ship by the way forgot to add that on there.

Wonderful work!
When designing starships, do you ever come up with some technical details (size, armament, hyperdrive, crew, hangar capacity, etc)?

Got any name for this class? It’s bigger than good old MC40 and and about MC80 size.

Well that assumes that MCxx is chronological. I think probably role or class based. Given that, since this is in between full Star Destroyer MC80/90 equivalent and MC40/60 frigate, go MC70?

Hm, so ‘your’ star-submarine categorization would be ‘MCxx ___ class’? That flagship from R1 was apparently an MC75 (incidentally, holy frak is its ‘pedia-listed armament underwhelming), and I suppose in roughly the same scale ballpark at 1.2 km…MC75 (your name here) class, as opposed to MC75 Profundity (the R1 ship)?

Not sure about the MC75 scale. Need better references to be sure. Its bay accommodated Tantive, same as an ISD main bay, so we’ll need some references to scale the bay to full ship length to be sure.

Whoops, apologies for the excess complication then. I’d be tempted to go with MC77, but that’s assuming a certain degree of chronology *within* role/class. Do whatever lightens your migraine. Plus, fair point re: waiting for footage/screencaps over taking Official Stats(C) at face value.

I was thinking MC85 because it look like it is more advanced than the MC80 but not as much as the MC90 IMHO.

I personally believe that the MC80 line refers to the Power Generation/Engineering facilities.
which is to say that the Liberty, Liberty Wingless, Independence/Home One, etc, have the same reactor, engines, etc, but built in different configurations. which kinda makes sense. they’re originally luxury liners, so the passenger accommodations, ship layout, even the overall aesthetic could be totally unique going from ship to ship, but the engineering facilities, which none of the passengers are ever going to see anyway, therefore have no reason to complain or anything, could be identical.

so a customer from Carnival would go to MCS and say, “I want a new liner from you guys. I’d like an MC80, normal size, without the wing sections, painted an off white with some green, our livery, and with only a few external blisters” or something along those lines, while a rep from Disney might ask “I want a liner from you as well. MC80, Stretched, no wings, a magical-looking paint job, with a lot of blisters, and with two really tall ones on the dorsal section of the hull.” and stuff like tht

This really is often how it works in the real world history of ship design – similar hull/propulsion, different detail design.

I like this theory, but if you compare a Star Cruiser like the 3800m Home One to a 1200m Liberty variant light destroyer, there’s no way they could mount the same powerplant and propulsion unless you posit that the Home One was absurdly undergunned and slow for its volume.

They also put Executor at 9km before overcorrecting and making it 19km. So much BS. H1 is manifestly impossible at 1.2km. Tydirium would never have been able to fit in or out. They can say whatever they want. I know what I *see*

Yeah because we see from a 300-meter ship at least 5-6 times the length is just the engine section alone plus another 5-6 times that for a ship that skinny and elongated means up to 10,800 meters at a minimum and up to 14,400 meters long at maximum. And Imperial Star Destroyer if scaled proportionally would be about 18,000 meters long or about 11.25 miles long. The Executor would is about 127.5 miles long or over 204 kilometers long and the first death star would be 5 times that width or over 1,000 miles wide or over 1,700 kilometers in diameter if we scale things up proportionally speaking. The Second death star would be bigger than mars and likely nearly the size of the earth. Starkiller base might be the size of Neptune or even bigger if you scale it up proportionally. Shit gets massive really quickly and dangerous fast indeed at those numbers.

like it or not, that’s the official length. It’s just an MC80 variant, like the others. This is confirmed by Legends and Canon, even though the length doesn’t match up to the movies. Also, Johnchm10’s point about same chassis, reactor, etc but different minutiae would also apply to H1 if we classify it as an MC80.

Also, it was called the Headquarters Frigate before it was H1. Not sure a Frigate would be four kilometers.

Honestly, H1 at 3800m would be awesome (that’s why it’d be the Rebel flagship instead of, say, a larger, bulkier Liberty-class, or even a goddamn Lucrehulk, since those were heavily armed, with lots of space for hangars, and were fairly available since both the Empire and Rebellion used them. If there’s a choice for my flagship between a converted 1200m merchant liner and a converted 3500m cargo ship, except the 3500m one has proven to be a reliable battleship, I’m going for the latter.

Finally, look at the new MC85 design from TLJ – probably the only decent design in the movie, though it’s a bit under-armed.

“like it or not” doesn’t fly when you can SEE it in highest canon (film) scenes. Executor was 8km until they fucked it up again, and then was put at the upper end of scaling error, this despite tons of Legends stuff using 8km. Anything that isn’t explicitly an error or effects limitation (like the rank plaques in ROTJ or the GI JOE hidden in Executor’s superstructure) is overridden by what we can actually see in the movies and subject to a logical check. Effects limitations aren’t operative here, because they matte painted a whole interior hangar, had people walk around in it, and then did a detailed film segment showing the shuttle exiting the hangar and then a detailed broadside-on flyby of the ship that established the profile of the ship.

So yeah, I don’t like it, and no amount of citation of random numbers by writer’s fiat is going to make it work. Unless you think Han Solo is 3ft tall. There’s really not much ambiguity here – they’re using the wrong numbers.

atleast it looks like a Hanger bay, unless its a engine, with the glowing color

Do you think that this ship would be able to go toe-to-toe with an Imperial-II class?

It’d be close. 2/3 the firepower but probably similar shields. The odds are an ISDII would win most of the time, but it’s nowhere near a guarantee.

Apparently this puppy’s *slightly* smaller & packs thirty HTLs to an Impstar Deuce’s forty-eight (plus those last two heavy ion batteries), so you’d probably need two for a decisive advantage. Certainly seems to have enough thrust for a running fight, though.

It’s also neat to see you try something non-Imperial, too (as much as I love your Imperial ships, though).

The MC looks wonderful, the hullplating looks reall good, I bet it takes forever to make these.

I have to criticize only a trifle, these engines do look oversized. I like to compare them with the ISD engines, without the round blastshield things, ISD engines are actually pretty small, what makes them advanced and still believable for me.
The oversized engines on the MC do look a bit cartoonish for me, I don´t wanna imagine how much fuel they consume^^

The exact particulars of Star Wars vehicles’ fuel demands re: thrust are damned hard to say, but I get the distinct impression shields & energy weapons (plus possibly lightspeed) are rather more demanding for a ship’s reactor than sublight antics.

With all the guns mounted on blisters like that, head on it makes me think of some many-eyed monster.

Brilliant job, would you say there are any more things to iron out with the method and do you think you’ll be doing any more Mon Cal ships in the future?