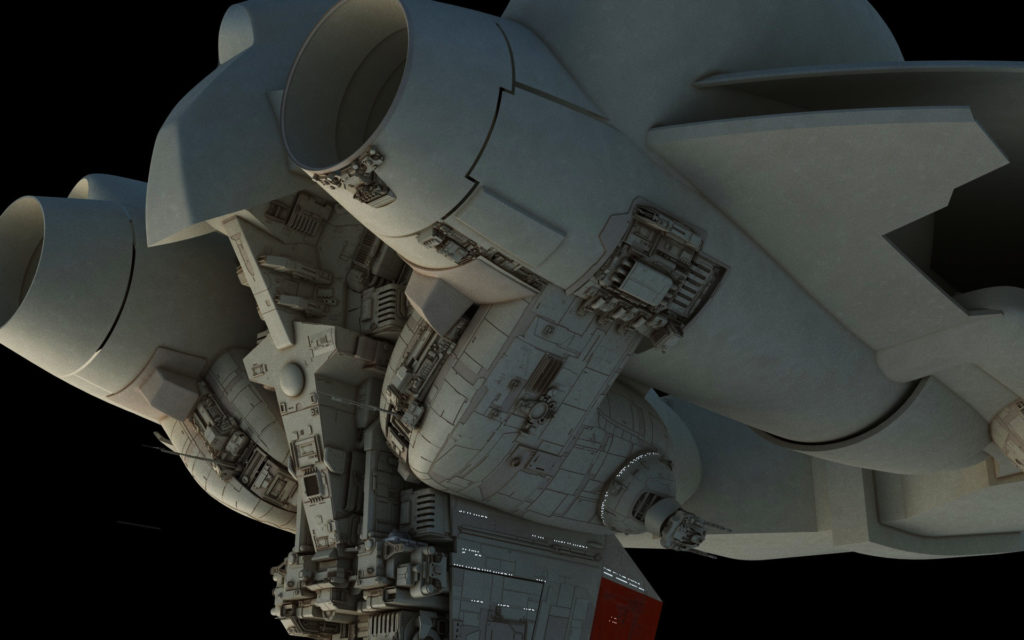 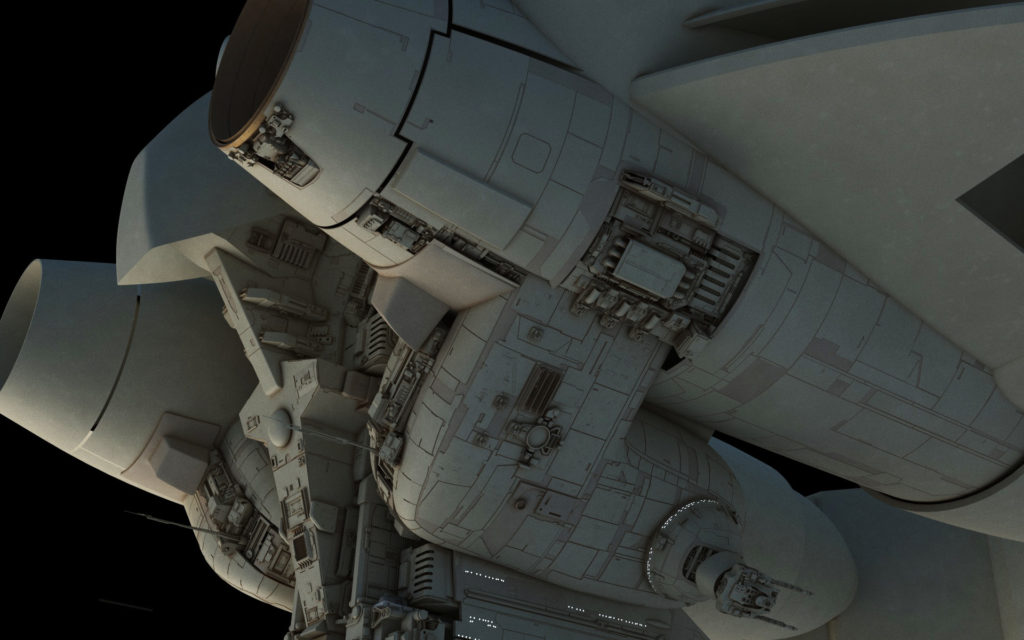 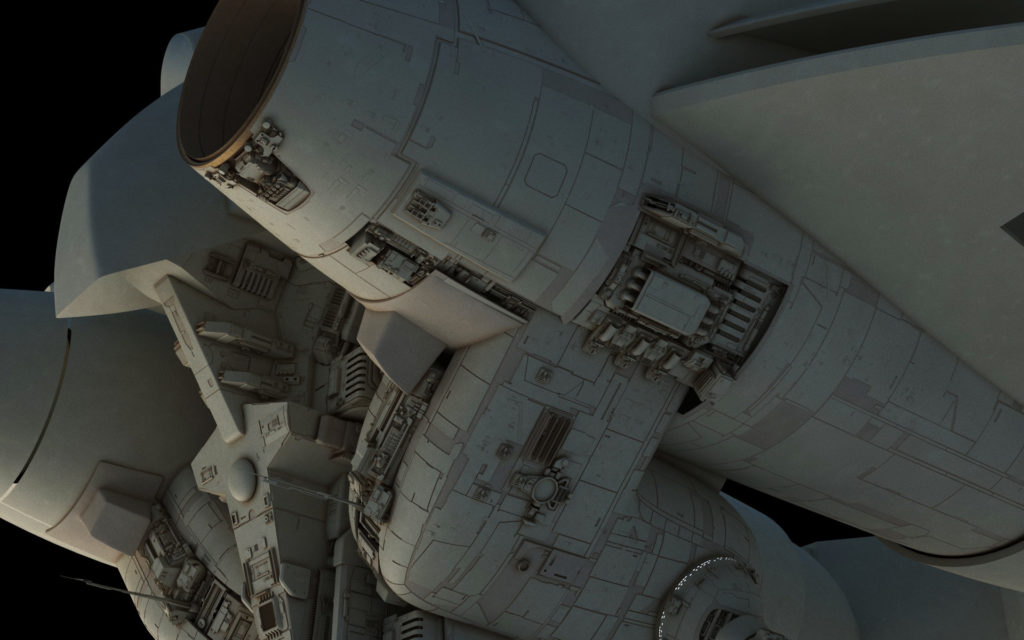 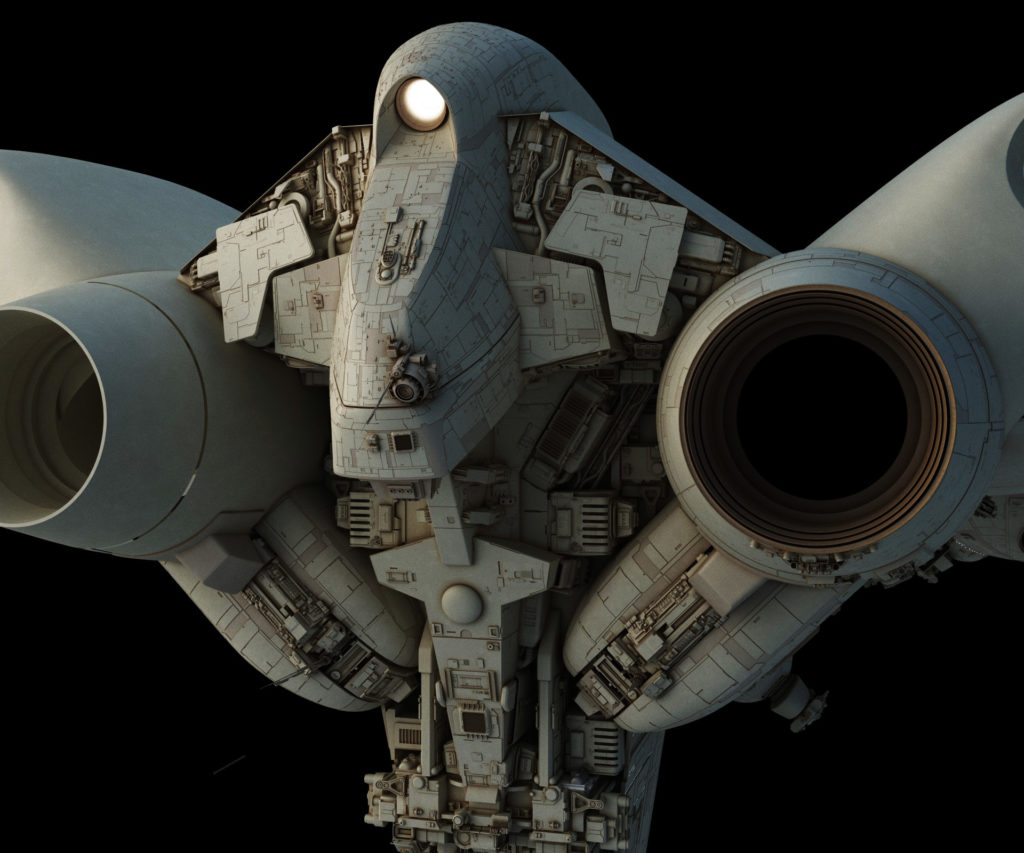 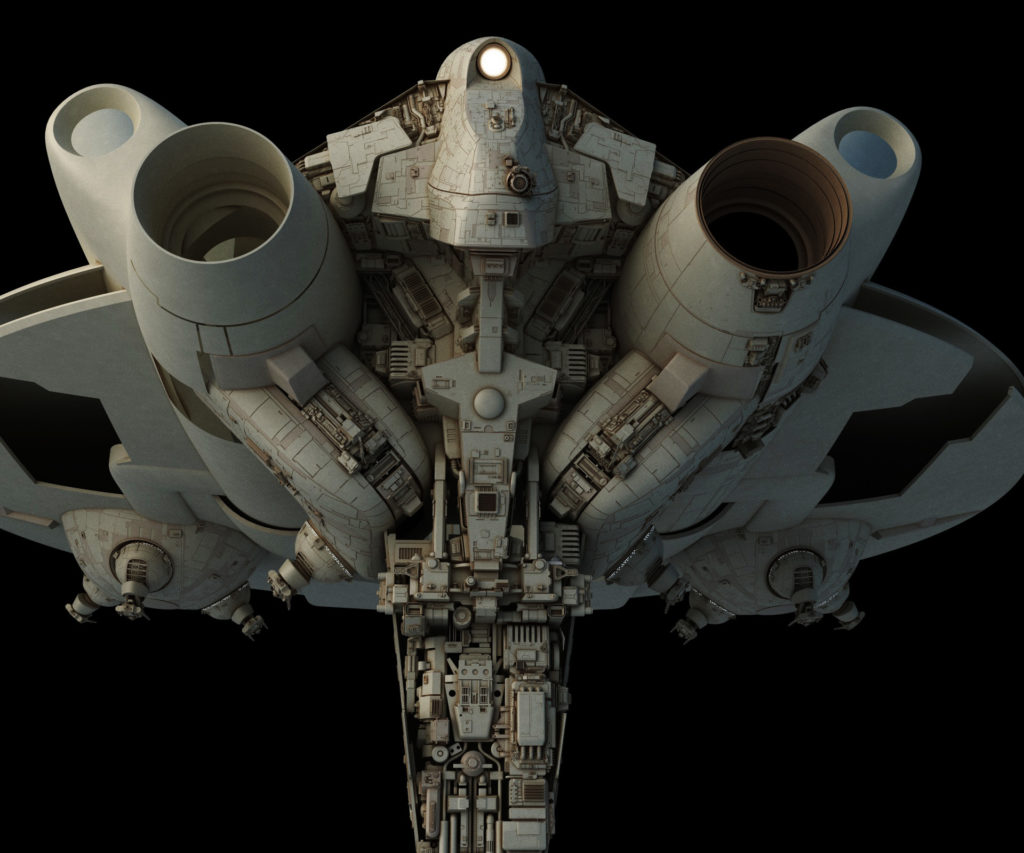 This looks absolutely amazing. You should do some more Old Republic ships – I’d love to see you do a Centurion-Class Battlecruiser (The Ravager from KOTOR II), or a Hammerhead-Class Cruiser.

Or better yet another one that hasn’t been modeled before – the Destroyers from the background of the same comic series this comes from, like in the Battle of Serroco images. Geronimoe in his Old Republic at War mod for Empire at War called them a “Paladin-Class.” You’d have a lot of freedom to work with that one.

I hope these long gaps mean youo’re working, and getting paid decently for it.

Hmm, upper-central secondary thruster. The ventral bric-a-brac’s really coming together, though now I’m wondering if it indicates a keep-targets-facing-your-underside layout.

As always . . . this is just jaw-dropping incredible!

From the look of the time span between each other I guess you either don’t have much time making these even in the holidays because of family and other things or this ship must be very difficult to created in 3-D.

God, I love the rusty texture, especially in the engines