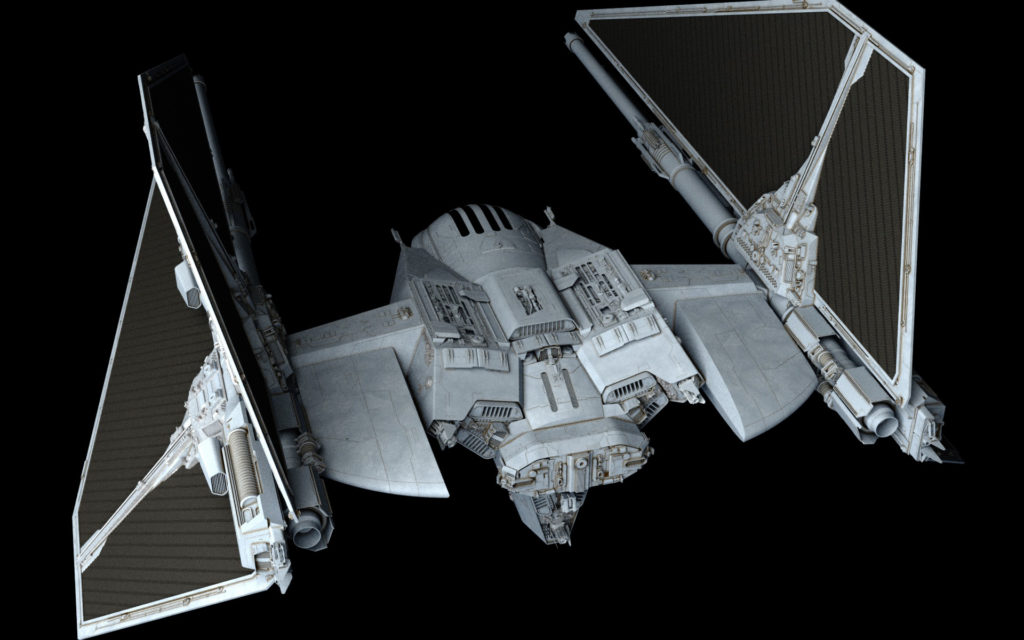 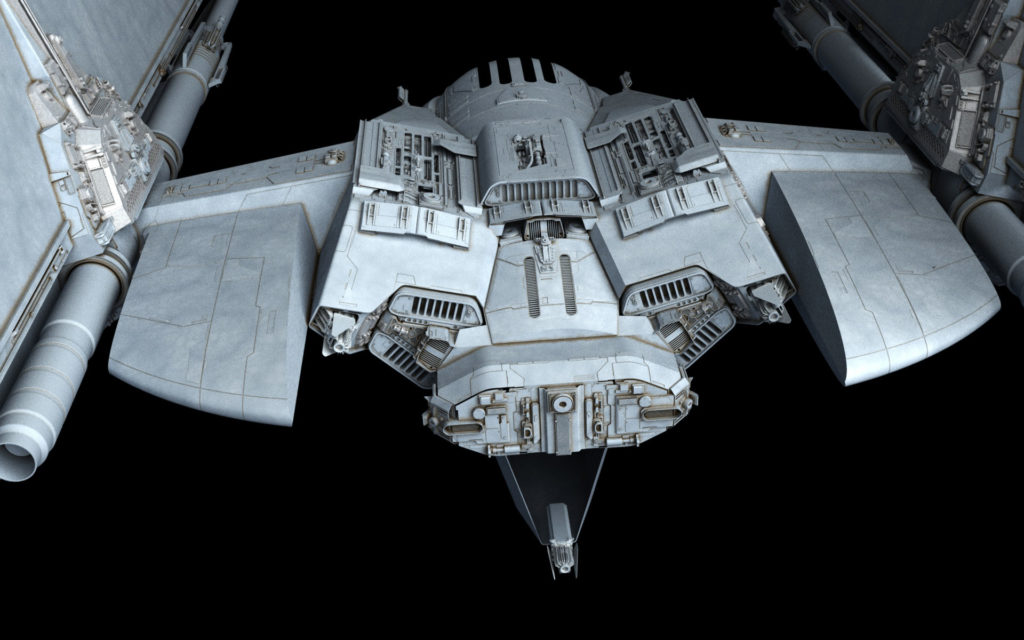 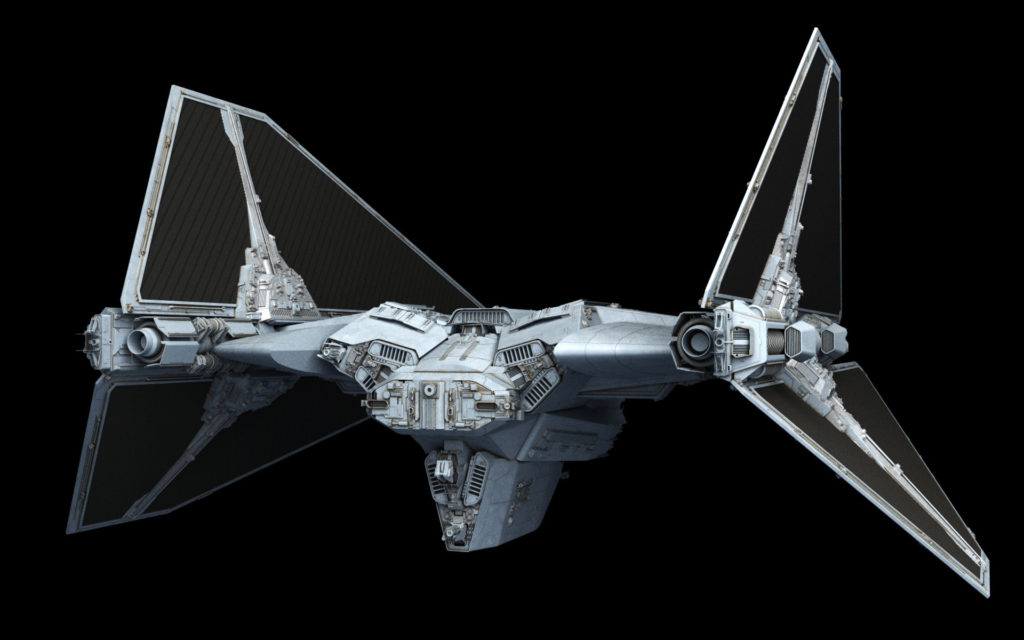 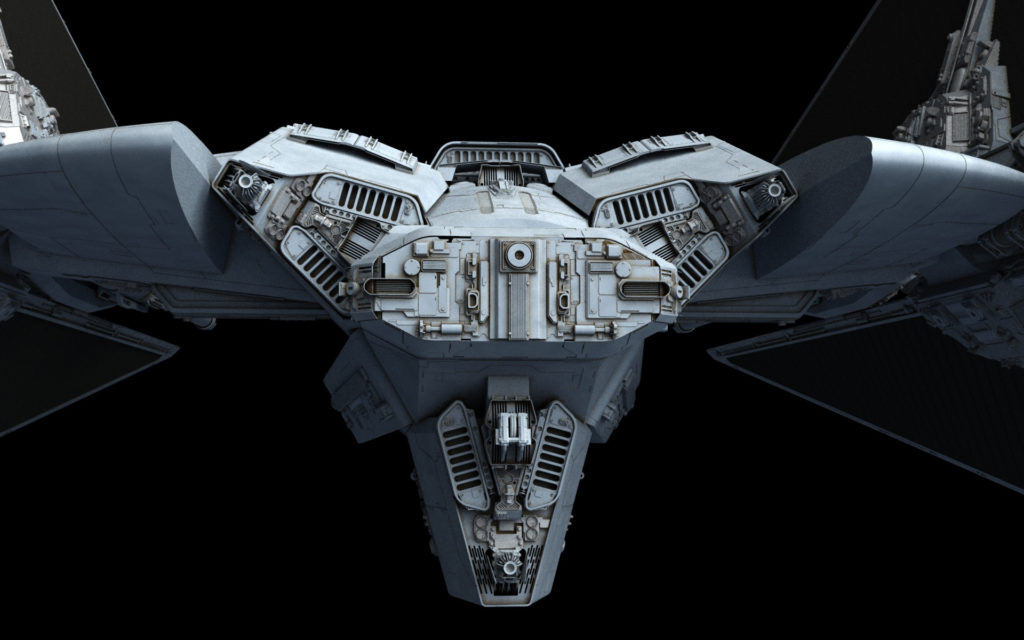 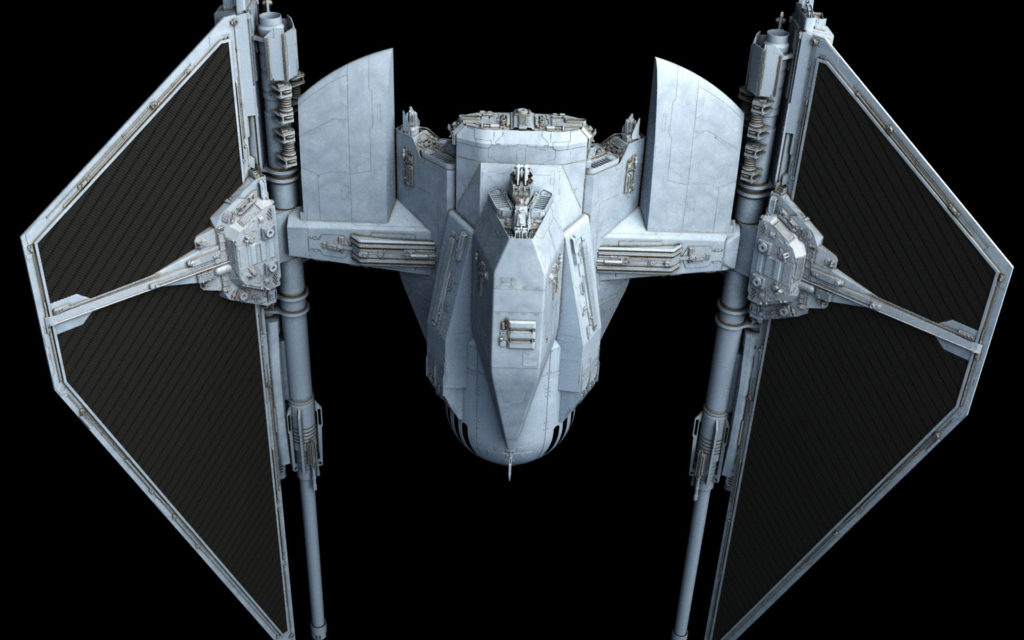 So very cool!! Would love to see your take on Serenity (Firefly) and the newest Viper from BSG someday.

Very cool design as always Fractal. How would the role and firepower of the Mangler compare to say, a TIE Bomber?

Role is pretty different. Bomber is largely a warhead truck, designed to be escorted in large formations to a target, which is almost always a large target. Manglers are meant to deal with fighters in large part – shoot fighters at long range, instant kill small ships, force heavier fighters to break formation. Kill transports, shuttles, etc. Enough power to dogfight any alphabet fighter, but will get outclassed in close by Defenders, and barely by Avengers.

Nice, and looks pretty from most angles too. Original enough as well and not just a rehash or kitbash of a previous design.

If it’s got three engines, is it really even a TIE? The Sienar marketing team strikes again.

Vader’s TIE Advanced had 4! Clearly it’s just a marketing term that was applied to the whole series.

Also, maybe the nozzles aren’t the engines, but just the thrusters. It’s not like we really know how SW ion engines work – the exhaust could be pushing against hyperspace or something, not fully in realspace…blah blah technobabble 😛

I guess that explains why that destroyer over Jeddah City didn’t roast everyone in the hemisphere when it turned on the main engines.

Repulsors might’ve had a major part to play there, at least ’till they hit orbit and/or safe distance.
And now I recall an original TIE design with altogether *too* much gun (as opposed to Mangler’s reasonable “murder gunboats & small transports” level): the Obliterator, which is basically a cockpit (and outwardly-canted wings) mounted atop a micro-superlaser intended to slag Rebel cruisers. ( http://www.starshipmodeler.org/gallery6/tie_02.htm )

Very nice. Three engines, so similar thrust to a Defender, but on a much larger chassis so far less acceleration and maneuverability. Really loving this one.