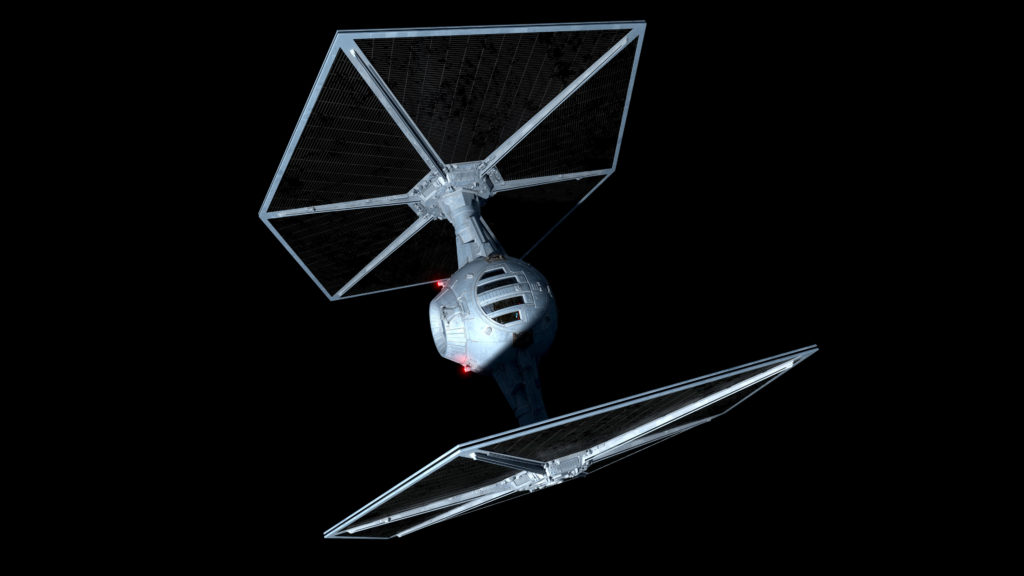 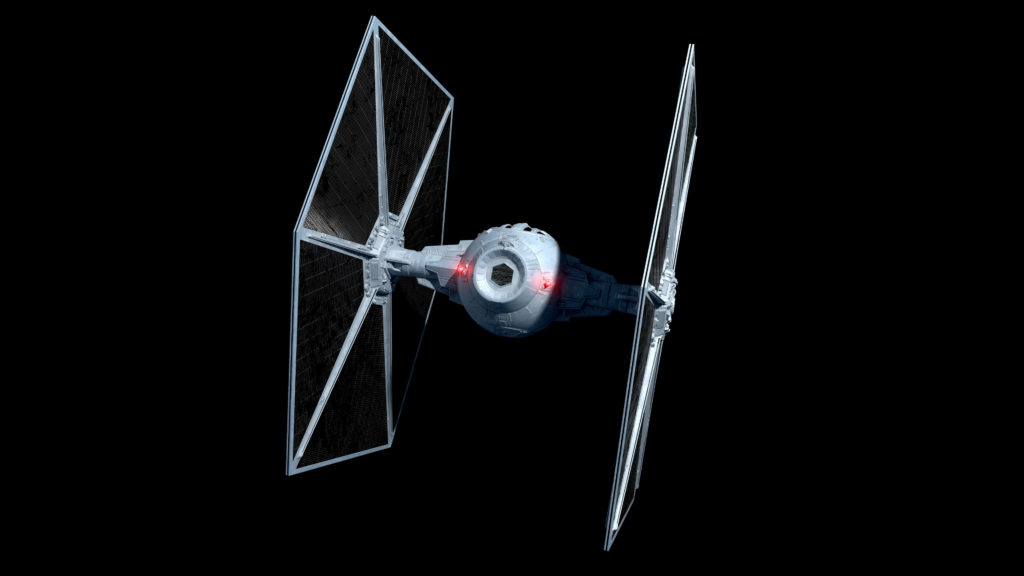 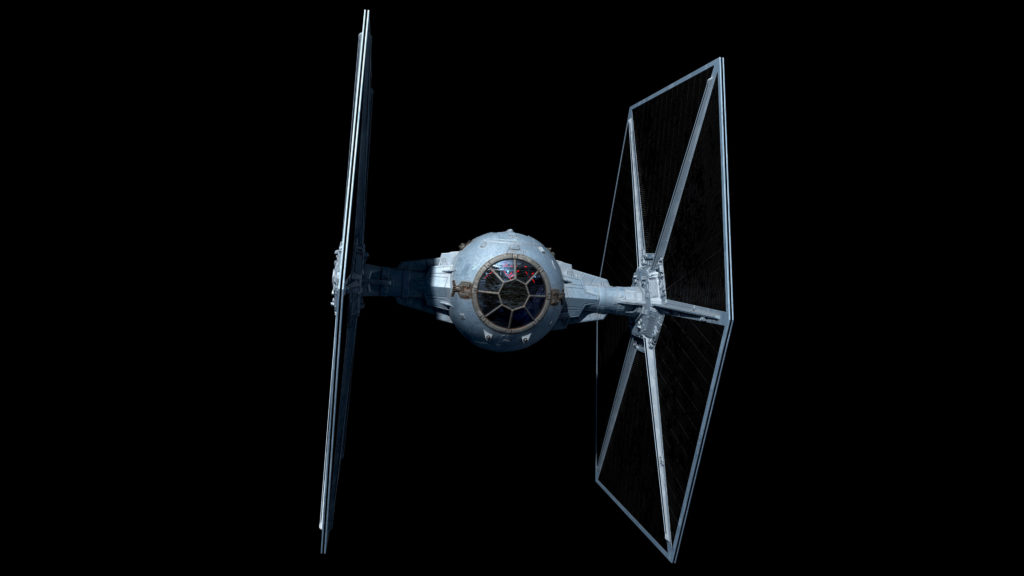 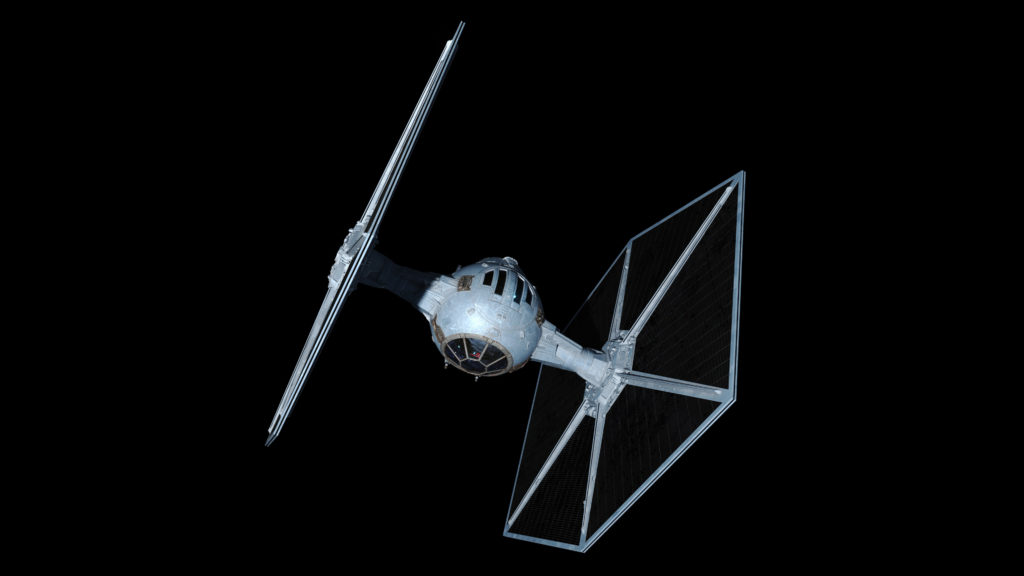 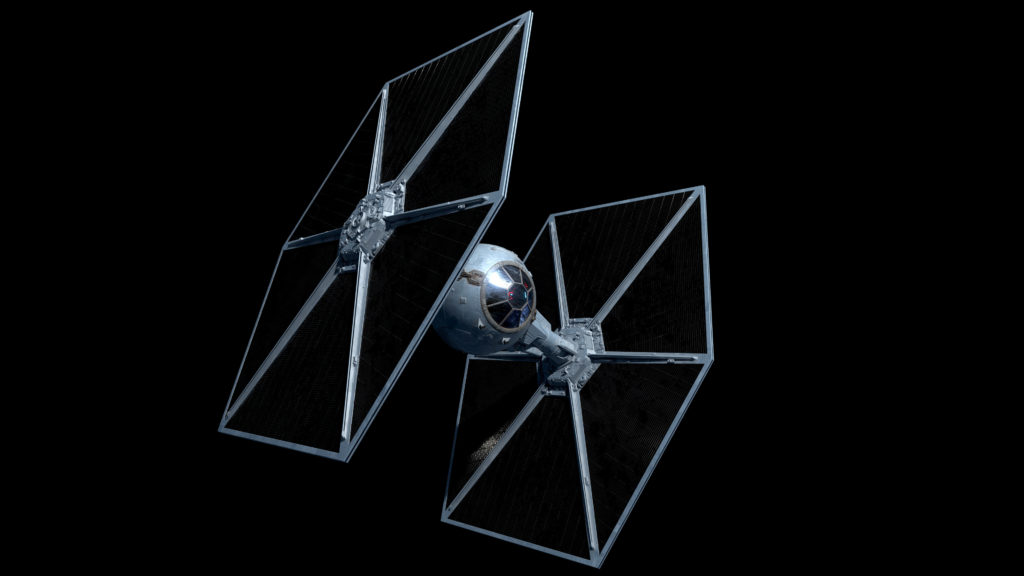 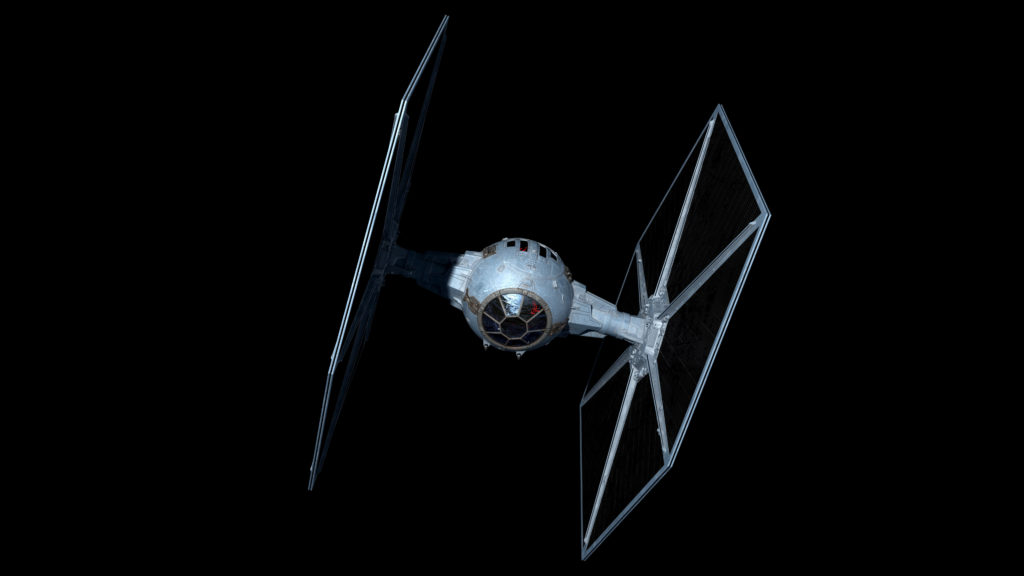 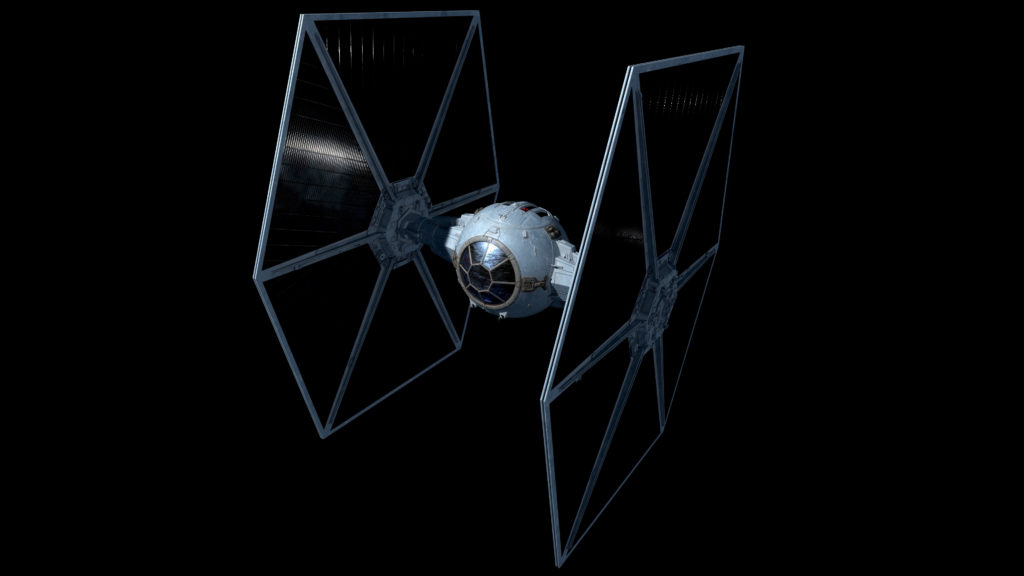 @Anon
Eh, if your navy has the budget for star destroyers, bulk orders of this later-model TIE or that might not be a make-or-break factor (though at the very least I’d be ordering hyperdrives for ’em all-better to pop into a fight fully deployed than launch under fire). As for the sensor/eyeball issue, current fighter & attack-chopper pilots make frequent use of helmet-mounted displays-combine that with 360-degree sci-fi scanner coverage, and the apparent blind spots of every SW light ship from TIEs to B-wings (or Lambda shuttles, the Falcon, etc…) become less of an issue.

WWII fighter combat as scifi standard has become really trope-y. Even in the movies we do see TIE pilots looking sharply at a fuselage wall in reaction to some stimulus – I’d bet they are looking into whatever holographic HUD is projected into their helmets and seeing “through” the body of the fighter. Even with modern tech we can do 360 VR interfaces – I imagine SW fighters would all need something like that at the least to function at all near their hypothetical maneuverability envelope, otherwise the Mk I human is going to be the limiting factor. Really if… Read more »

Oh, right, forgot about recent fuselage-sensor (and sensor-jammer) developments. There might be a niche audience for such hard-sci scenarios, but frak knows you’d get tons of mainstream complaints re: “blaargh can’t follow anything so complicated WHY DON’T LAZORZ GLOW??”

I saw a theory somewhere who basically said that turbolaser bolts were really travelling at lightspeed, and that the green-glowing part of the beam was just a lucky (or not) byproduct, or some sort of voluntary tracer effect (I tend to lean toward the first one, since a voluntary effect would mean that they could deactivate it at any time). considering that the superlaser beam expanded not far from lightspeed, it seemed like an interesting idea.
Also, I would watch a movie like that.

There was also something about particles travelling at lightspeed, but trapped in a tight helix around the axis of the bolt by some exotic effect, which would permit the whole beam to travel at distinct subliminal speed. The “premature explosion” effect would be the result of the turbolaser battery failing to coordinate the tracer and the energy discharge. It would have to account for the flak effects too, since energy generally doesn’t shatter in all directions unless there’s an obstacle in the way. My take on it is that the visible part of the bolt, who necessarily has some physicality… Read more »

@Fractalsponge
Also, I think you mentionned somewhere on this website that neutrinos were used to compensate the massive reaction force created by turbolaser fire, since neutrinos possess momentum. Do you think they could employ the same technology in some sort of invisible maneuvering thruster ? That would explain the absence of any visible ones.

I like that idea, but dunno enough about the physics.

…sweet Sithspew, would this somewhat haphazard tracer factor be a workable rationalization for the sparsity of visible M/HTL fire at Endor? Besides the camera spending most of its time glued to fighters & the Falcon, that is.

@Fractalsponge Frankly, I’m don’t know much of the physics either, but, hey, it’s still fun to theorize. I re-read the ICS2 and the acclamator cross-section makes mention of neutrino radiators used to evacuate heat and energy in a non-destructive form. @gorkmalork Maybe. But there’s additional ways to explain it, like the fact that the imperial fleet was deliberately holding fire on the order of palpatine himself, and, like you said, the camera angles, who were either glued to dogfight or really far away. Still, on some occasion you can spot some action, like an SD and a corvette exploding in… Read more »

Fractal I found this New Republic ship called the Defender class assault carrier which is 700 meters long have 20 Laser cannons and carry 72 fighters what do you think?

I’m certainly not Fractal, but…while a 700-meter ship with that shape could probably pack in at least one wing, 20 fighter-wattage lasers would render something that size even more proportionately underarmed than a GR75 (y’know, the Rebel transports from ESB).

Yeah that ship should have at best some quads medium turbolasers for self defense against other ships or possibly a few (around 2-3) single 40 TT caliber heavy turbolasers.
But hey at least is not as bad as the secondary armament of 24 point defense anti-aircraft cannons (Although all of them are quads so times that by 4 and you get 96 of them) on the First order dreadpizza.
Here are those quad cannons that I was mentioning:

Ah the classic cannon fodder in 4K glory.
Ok I bet the next fighter 4K render is definitely going to be the TIE Interceptor.

Well, cannon fodder if your billing and/or midichlorian count is high. Otherwise…might wanna see Biggs, Jek and the Red 5 prior to Luke for a second opinion.

Well I mean the TIE fighter (The Galactic empire version) got no shields, no hyperdrive and have two big wing frames that make it easier to be hit by enemy fire and limit the pilot view, Plus the TIE Interceptor, Hunter, Avenger and Defender basically outclass it in everyway expect cost.
Although in canon the TIE Fighter have a proton torpedo launcher but that’s only in EA Star Wars Battlefront 1&2.

Sight in space combat is sensor based. I don’t care if Lucas had the Battle of Britain in mind for his camera work – eyeshooting has no real place in space warfare. /ln apparently can also take shields without any difference in performance according to the old simulator games. I highly suspect that they have shields at baseline, for navigational reasons if not quite able to stop X-W fire. Then again, X-W shields don’t always stop /ln fire either, so … But yes, all the later variants are more powerful and more expensive, which is precisely what you’d expect when… Read more »

I’ll just add (yet again) that ‘outclassed by next-gen variants’ doesn’t equate to ‘useless across the board’-‘specially when your most frequent opponent is still using Clone Wars bombers (albeit punchy ones) & barely-armed freighters like the GR75. I’d still prefer a squint or Avenger, but it’s not like your average onscreen pilot can exactly laugh off any flavor of TIE pursuit.

Alright but if I were to choose which TIE model as my mainstay multi-role fighter in my navy I would have take either the TIE Hunter or the TIE Avenger over the TIE Fighter that way I can have both quality and quantity for my fighter wings if it weren’t for the high cost for each individual fighter made. Also using sensors to find enemy fighter around you instead of looking from your cockpit? (unless that fighter was right in front of you) Huh so that why all TIE models don’t focus on the cockpit view but instead focusing on… Read more »

The navy’s high command could also have asked sienar to remove the hyperdrive in order to prevent eventual desertion.

Suppose that’s another possibility-Rebels has them going so far as to make TIE wings *detachable* by remote signal, which almost derails Antilles & Klivian’s defection from a training facility.

Stock TIEs definitely strike me as best ‘shot’ from some offset angle below or above. That ‘hull wear’ texture helps these renders seem a bit more lived-in.