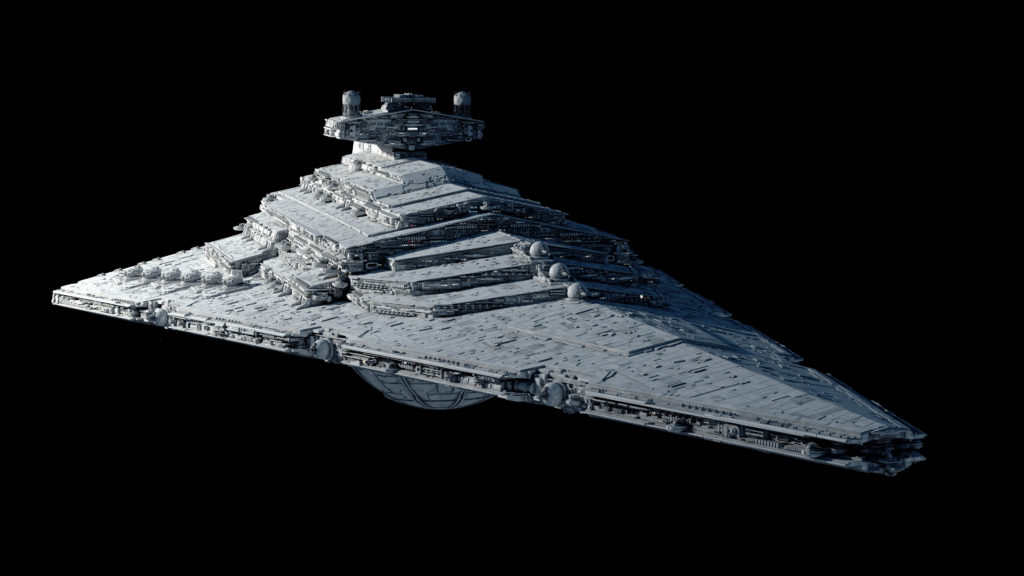 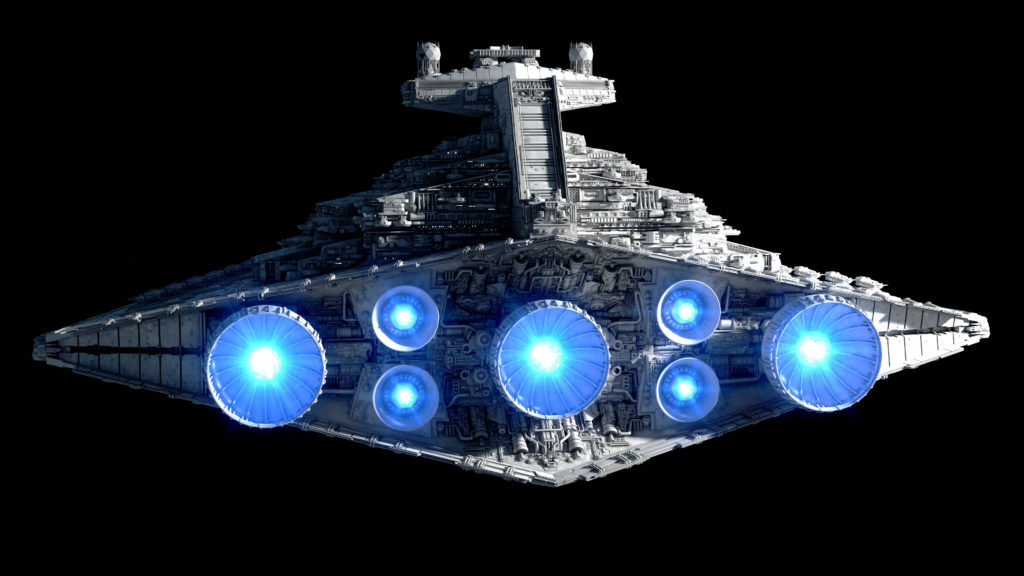 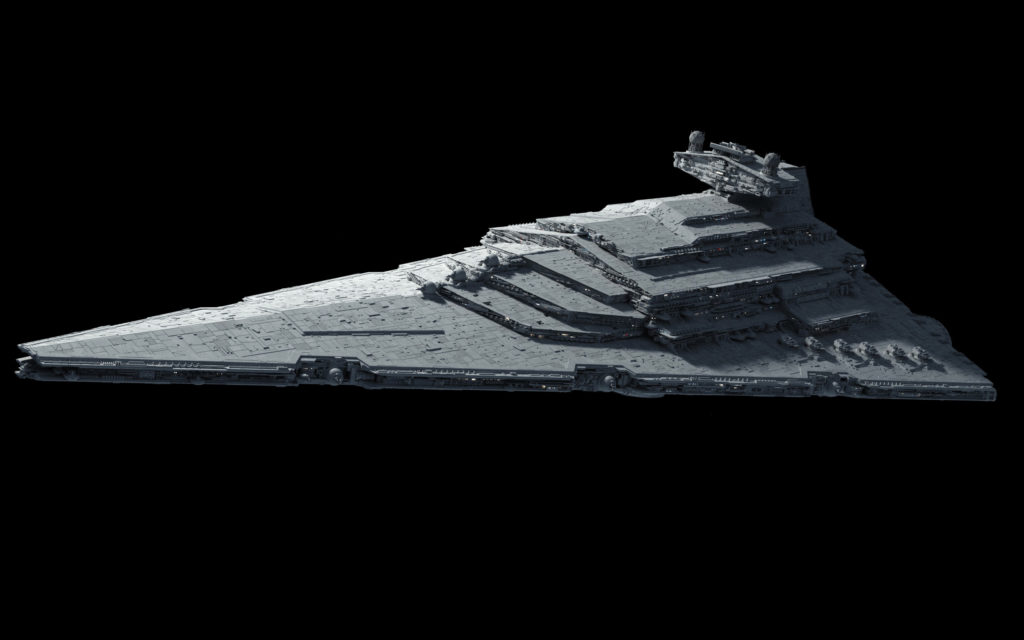 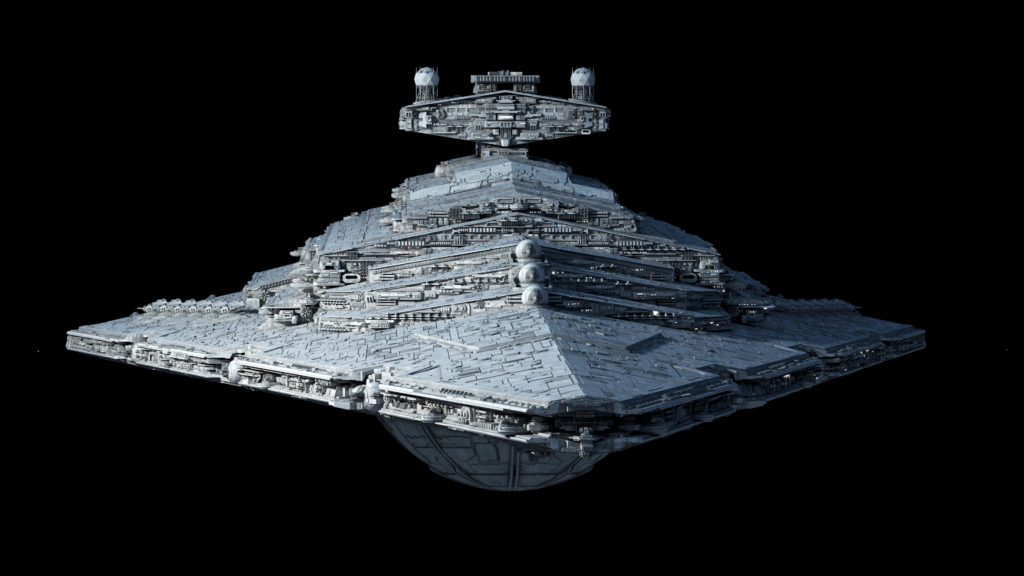 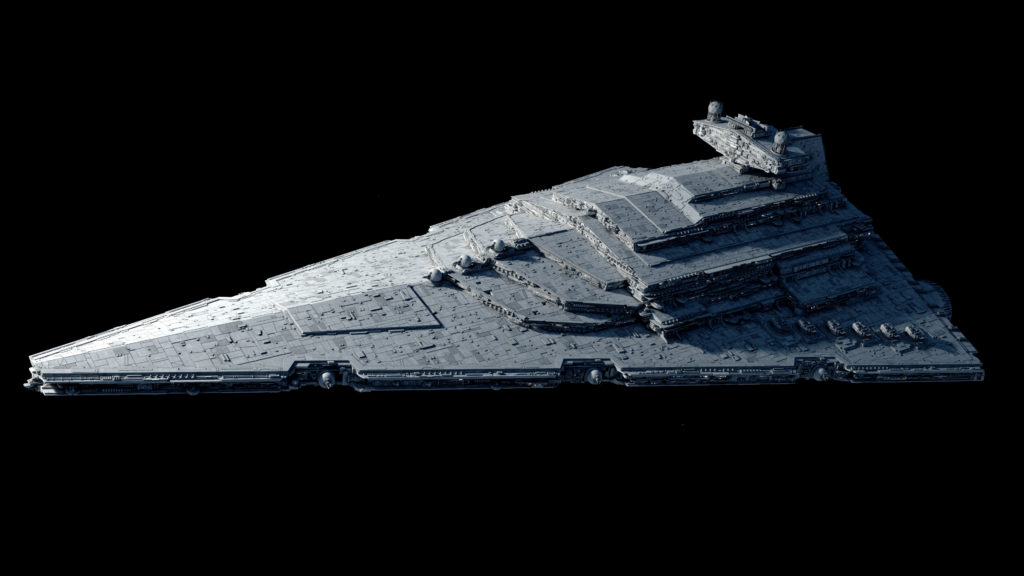 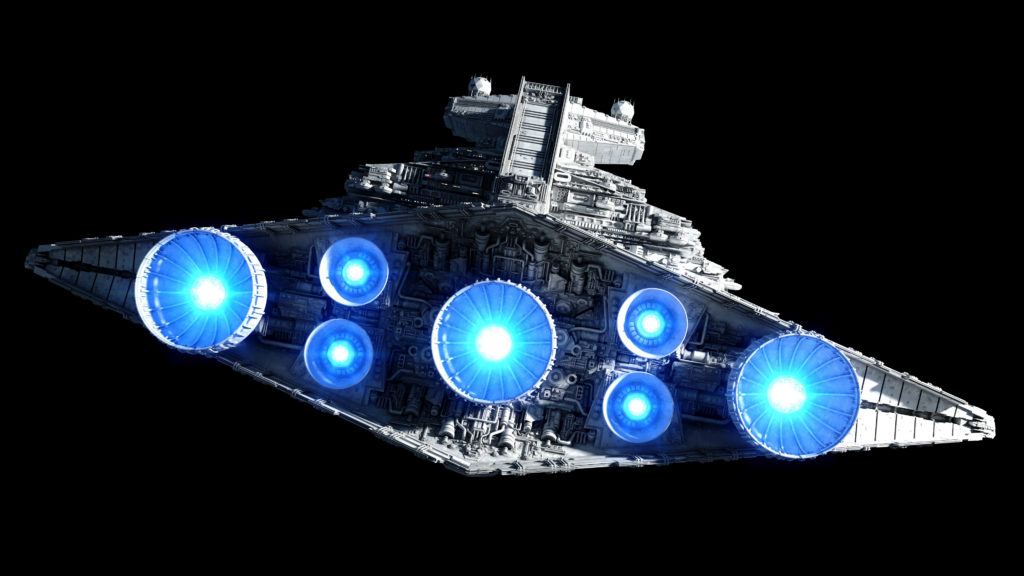 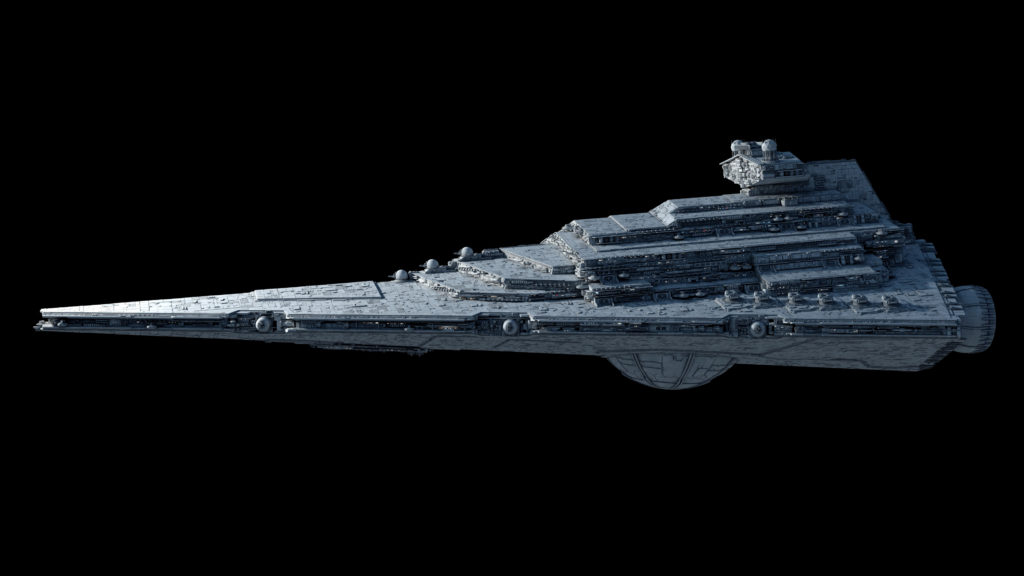 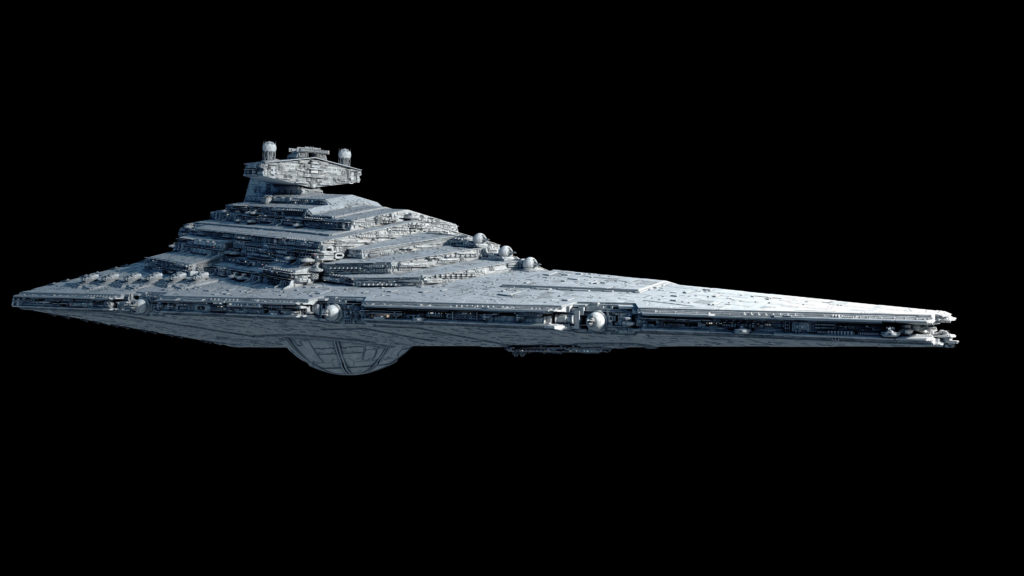 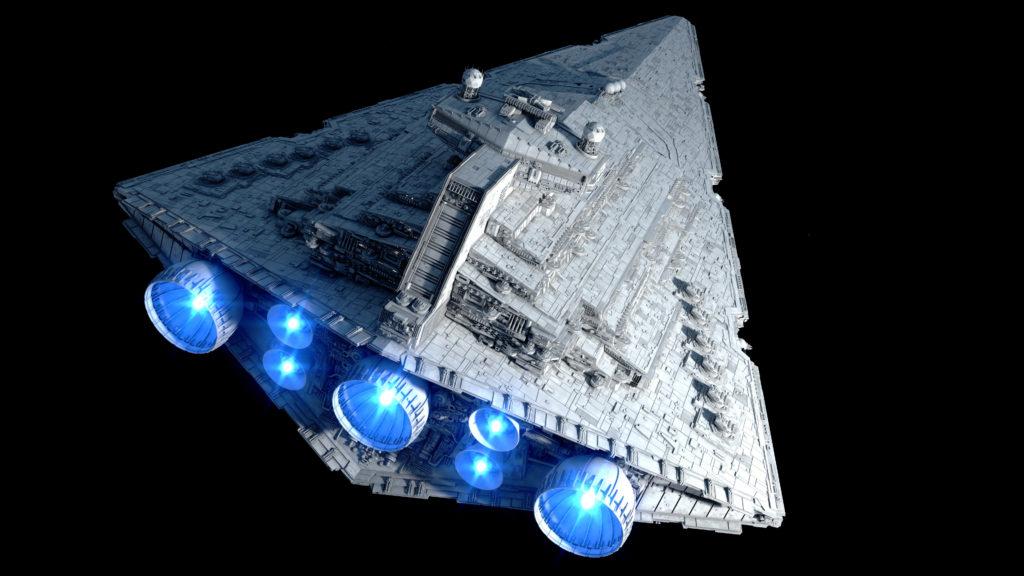 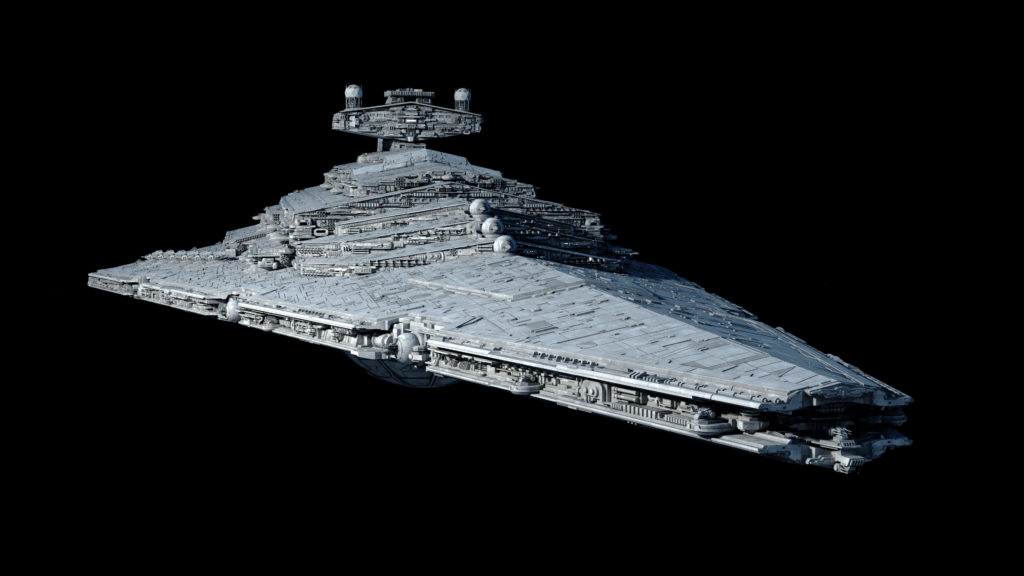 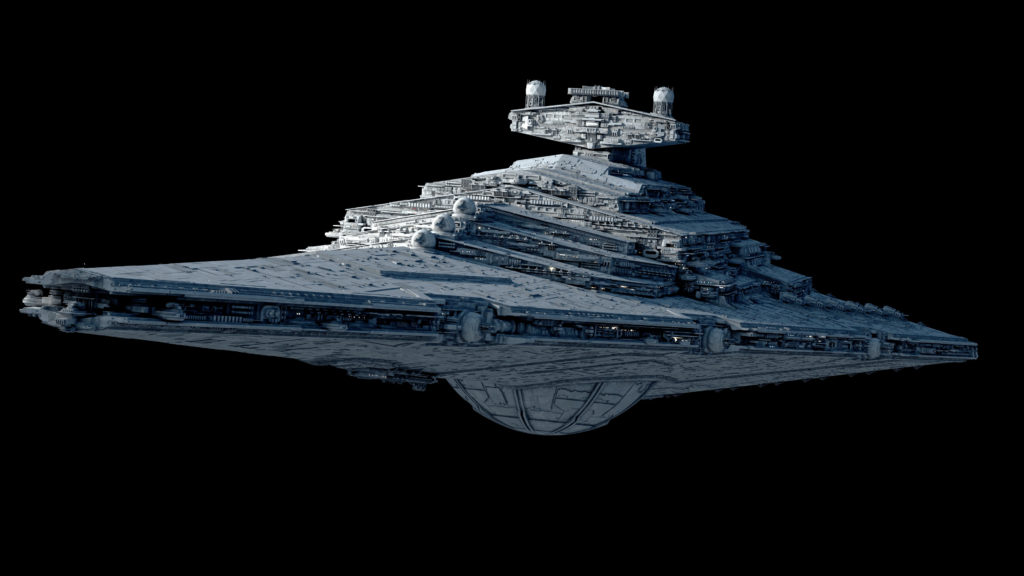 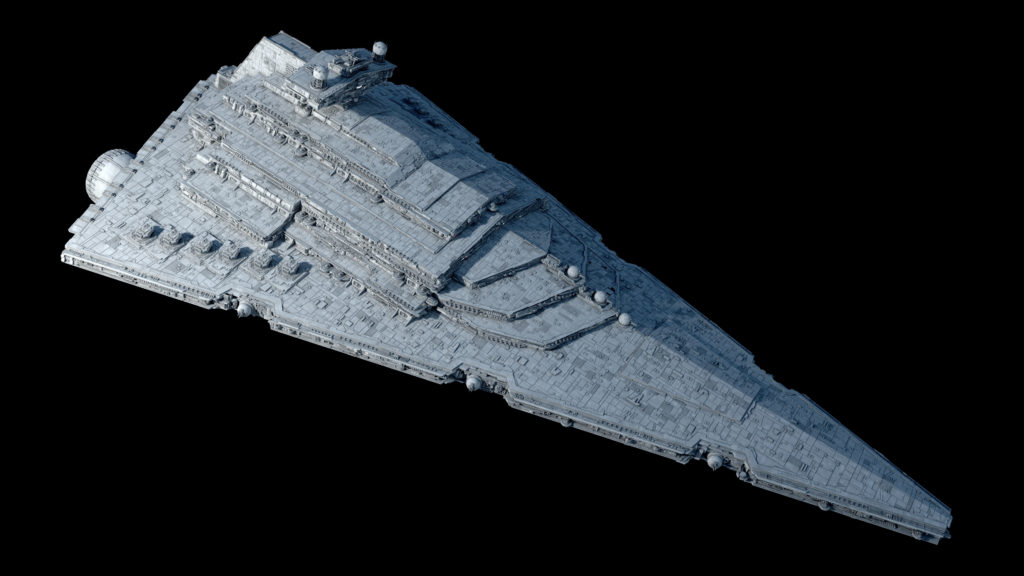 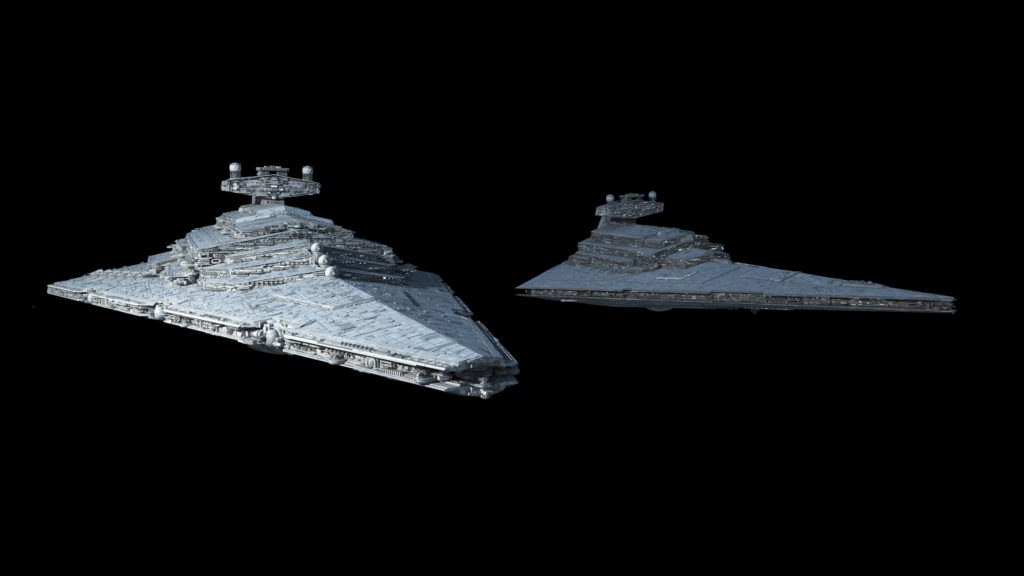 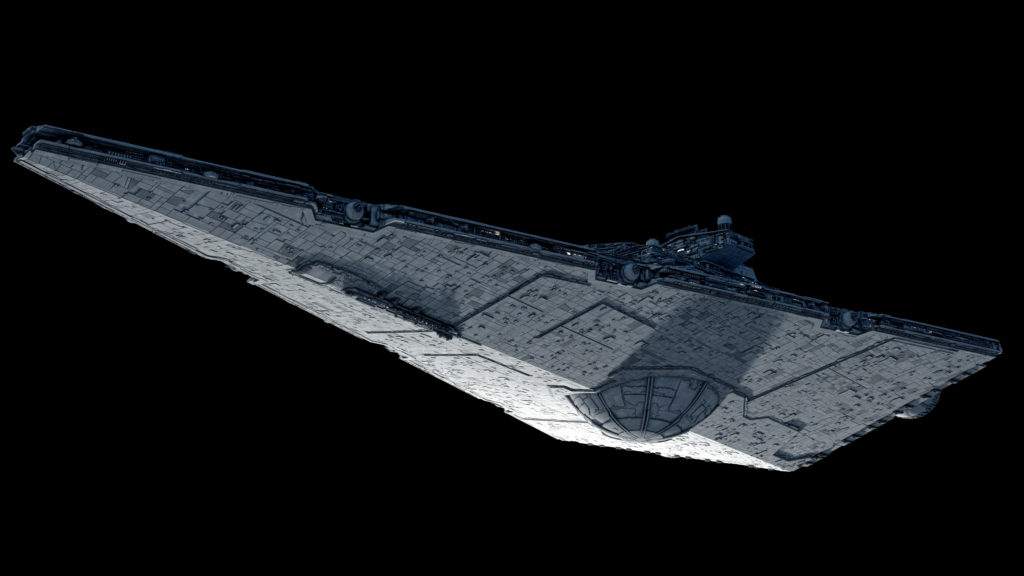 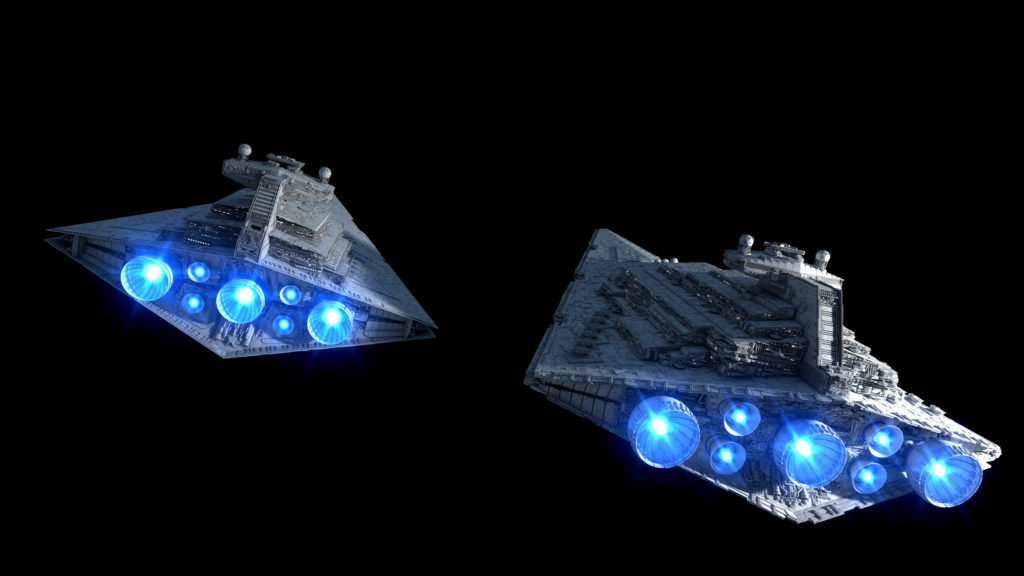 how many point defense cannon are there

Could someone like a Grand Admiral commandeer this ship?

Possibly? Though this ship is primarily for Sector command so it might find more uses in the hand of High Admirals.

Technically a Grand Admiral could commandeer any warship in the Imperial Navy if they so pleased, at least almost any warship with the Executor-class needing to be assigned to the Grand Admiral in the first place like seen with some Grand Admirals in both Legends and Canon. So yeah, they could.

Yeah but since Disney took over star wars, the EU is no longer cannon, right?

I absolutely love the design of the Allegiance-class Battlecruiser. I think it could really replace Imperator or Imperial II-class Star Destroyer, of it had a hangar bay. I mean, you have all the space you want to make a big hangar bay. This ship has the size of a secutor-class, so I think it would be easy to ad at least 8 hangar bays. Also, why exactly doesn’t this ship have any?

Because Fractal design it as a pure anti-capital warship so it need to have a huge power generator and very powerful heavy turbolasers at the cost of removing a hanger bays because there won’t be much room to put it, while the Imperator is a multi-role warship and the Secutor is a destroyer-carrier hybrid.

Idk but that’s a good point.

Could anyone give me some cost related numbers on this ship? Like, how many credits would the empire have to fork over to get one of these babies?

The equivalent of two ISDII’s? Three? I imagine the scaling costs for those main reactors is probably expansional, not linear. And a heavy turbolaser is probably also not cheap.

Imperial-II class Star Destroyers just under 150,000,000 credits. The Imperial-I class ships cost slightly more, right at the 150,000,000 mark. The Empire eventually fielded more than 25,000 of these and someone in one of the EU comics (I can’t remember who) said that almost half of the Empire’s budget went into paying for the Star Destroyers. But that is just for the ship it self. They’re crewed by nearly 37,000 imperials and they carry, among many other things, 72 TIEs, 30 AT-STs and 20 AT-ATs. Basically, a fully loaded Imperial-class Star Destroyer is not cheap. Cost of capitol ships is… Read more »

I’d guess power is roughly linearly related to cost, and that any published credit cost is nonsense.

Where can I see the stats for your ships?

So Fractal I notice something inside the Allegiance’s bow: 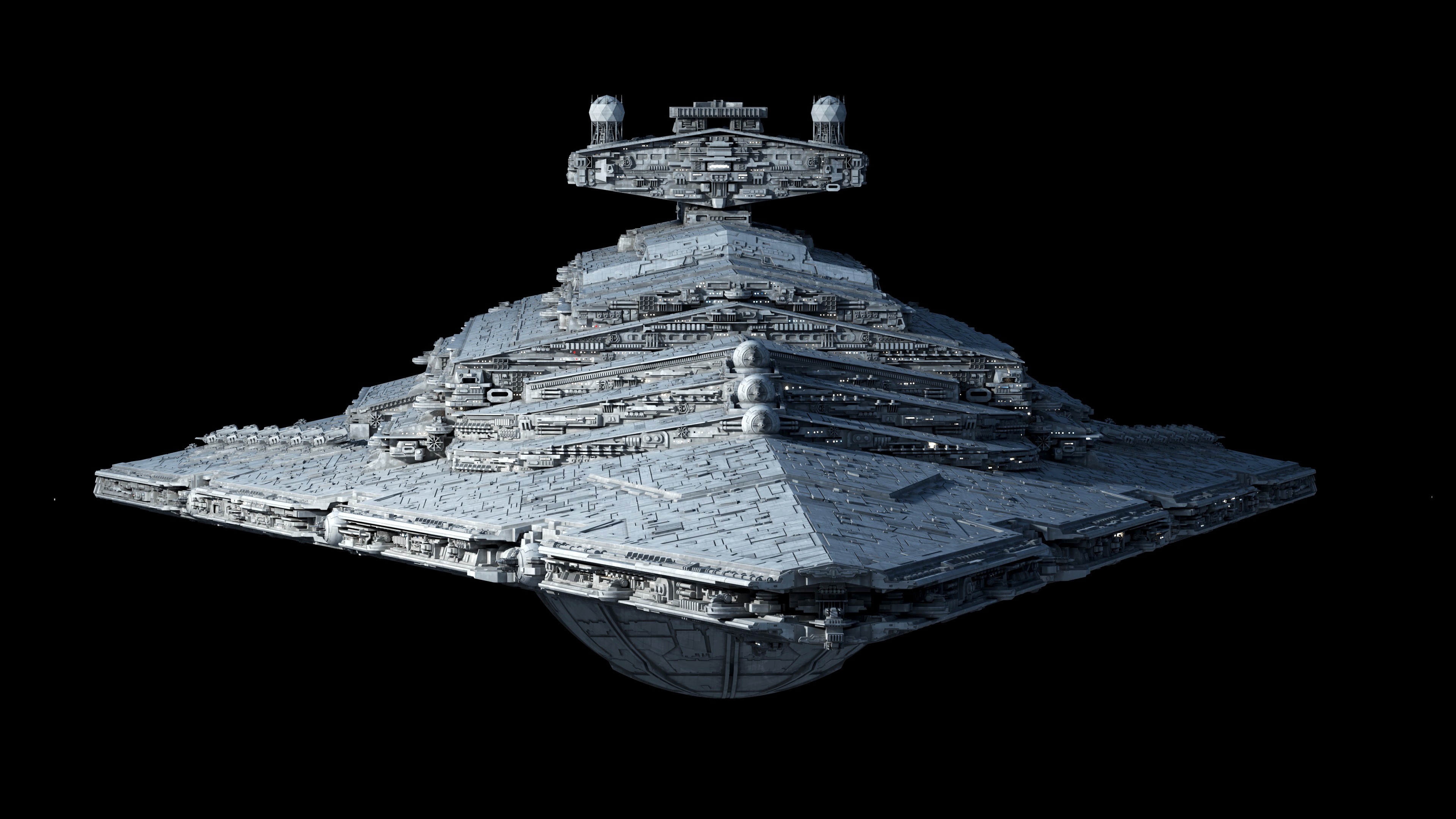 Above that quad medium turbolaser they seem to be look like 8 missiles launchers but are they?

it does look like it. Probably a pack of PD concussion missiles – they look too small to be antiship.

On the Imperator-Class, there are new sources, most notably SWBF2 Campaign that pinpoint where the Point-Defence TL’s are located. (hint hint)

SWBF2 can’t even get the proportions for the bridge tower right.

All this nu-BF2 bullroar just makes me flashback wistfully to the X-Brick original, self-repairing bombers with bottomless payloads & all.

Cloaked space-parasite supply/repair crews make sense enough for me. Just wish they also ‘serviced’ the fighters & interceptors-those damn snubs & line TIEs went splat if you looked at ’em funny. Film-accurate if you’re not a main character, to be sure…

Interesting. I see 3 different types of “ball” mounts here. Large single, triple, and smaller quads. Are the barrels of the triple indicitive of ion cannons I wonder? or maybe all the ball mounts are ion cannons?

If they are not ion cannons, but instead Turbolasers, how do they compare to those triple 175 teraton turrets here and on the Procursator. I always wondered at how the octuple turrets can seem so much smaller but would be implied to output more (like 240-320 teratons each).

Ahh thanks for the clarification, the relative size to the octuple barbettes work out in my mind now.

So I was wondering Fractal, would you say the that a 10 Yottawatt estimate would be right for the reactor power output? Just out of curiosity, how much wattage would it take to fire a single bolt from a 175TT HTL?

I’ll confess to finding this brute’s reactor dome somewhat jarring from a few angles, but the expanded yet streamlined dorsal superstructure & staggered ‘broadside’ turret strips are quite neat. Plus, gotta love those ball turrets. I take it the hangar’s just big enough for a fistful of Lambdas?

Honestly I was just wondering where this baby even has its hangar?

Looks more like it needs a fighter screen provided from elsewhere like i.e. an accompanying Ton-Falk Escort Carrier or a Venator.
Or maybe just give it a few Raider-Corvettes as protection against dedicated bomber squadrons? Normal fighters probably can’t scratch it anyways if it hasn’t already sustained damage from enemy capitals.

There’s an armored hatch on the ventral side. It wouldn’t normally have fighters, since it’s designed for squadron operations where there would be a dedicated carrier. And yes, a fighter strike would have to be very large to kill a ship this size to begin with.

Always love the Alliegence-class. Something about the fact that it’s so similar to the classic ISD yet has its own role in the battlefield. This affection is hard to describe.

So Fractal how would the Allegiance fare against the Compellor?

Completely different ships. Allegiance is 2.2 km long, and is a glorified ISD. Compellor is a 4.X km Star Cruiser, probably at least twice as long, and multiple times the mass.

Maybe 2-3 Allegiances could take on a Compellor evenly.

The Allegiance has the same firepower as the carrier, which tells you how much of the Allegiance is reactor; it’s really a stripped down star cruiser more than an enlarged star destroyer.

Ah so 1 Allegiance will get overwhelm by the Compellor’s mass 40 TT HTLs then? Although the Compellor will be quite heavily damaged by the Allegiance’s more powerful HTLs.

Same firepower means both ships would be at equal risk of destruction or serious damage. Actually I think the Allegiance will win, since it’s much more solidly constructed.

Overall this strikes me as one of those ‘close enough for surprise/crew quality/lucky first salvo to decide’ matchups. Don’t suppose Compellor’s small-craft contingent would help much unless (a) they were prepped for heavy strike and (b) decisive damage had already accrued? I do have to roll my eyes at SDN posters figuring a Resurgent’s fighter wings would handily give it the edge on Allegiance, since those nu-trilogy carrier-cruisers seem to be rather more structurally-compromised throughout the bow.

Fractal I just notice that some of the quad medium turbolasers in the ship trenchs are on the side instead of upside like on the Dreadnaught frigate which is interesting but I wonder why though like better arcs or something?

It’s great to see this ship getting updates, I’ve always liked it. I hope it can be made canon again.

Venator Maybe? or another Clone Wars Era Star Destroyer?
Ever going to make one of those?

The Victory and the Imperator were present during the clones wars, so technically, he already has.

As far as I know Fractal already stated he’ll make the Venator SD eventually and I am certainly looking forward to that one as it is my favorite ship design-wise.

As for Clone Wars-era stuff, the Victory I-class, Imperator/Imperial I-class Star Destroyer and the Legator-Battleship are technically ships originating in the Clone Wars.
Fractal just didn’t present them in Republic colors (and in all honesty Imperial coloration is easier and faster to portray than the more sophisticated red-white stuff of the Republic).