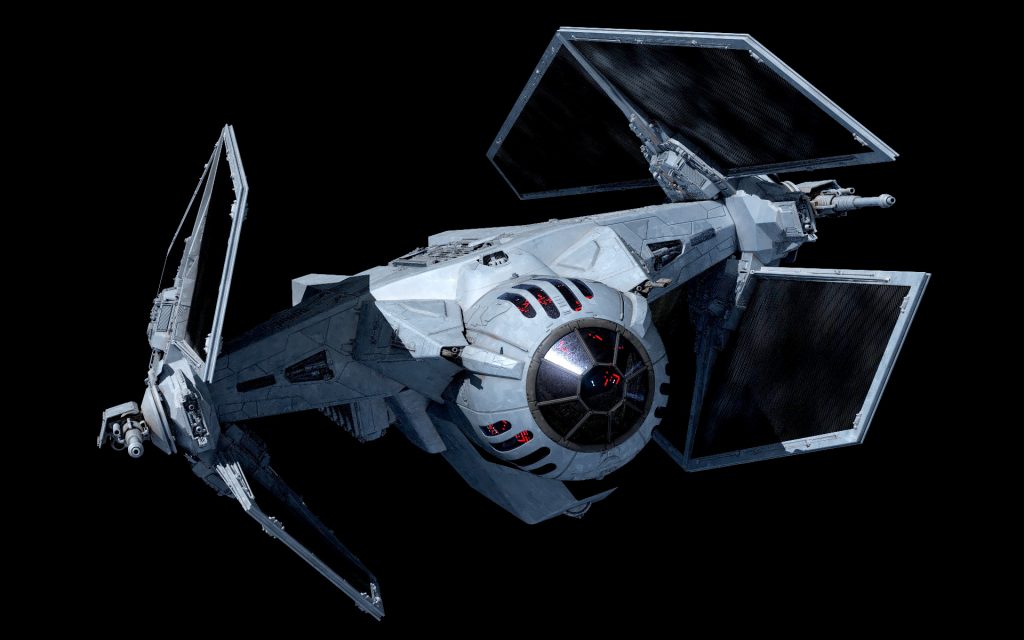 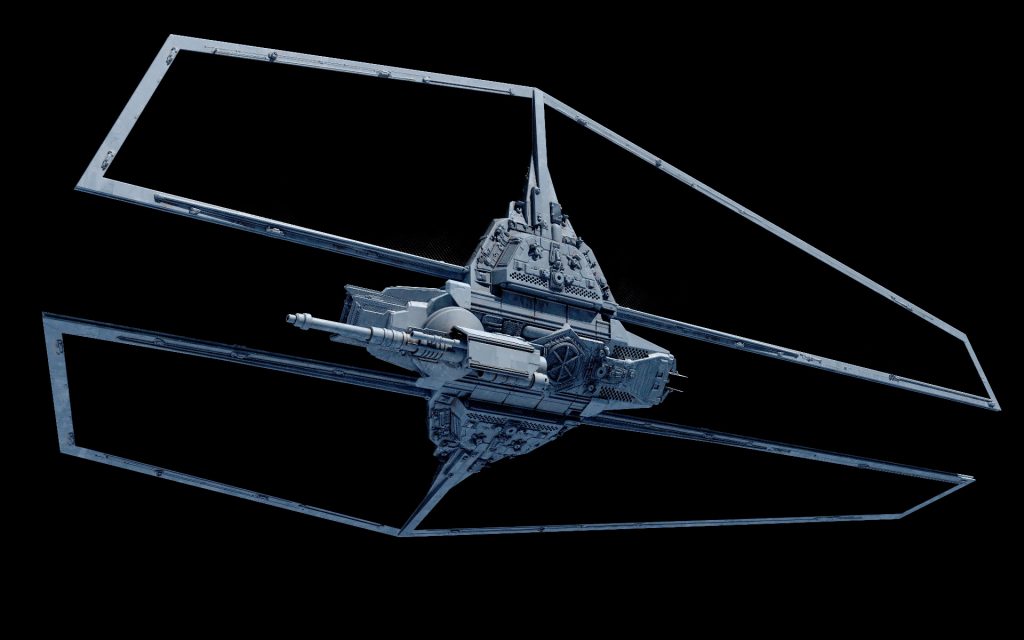 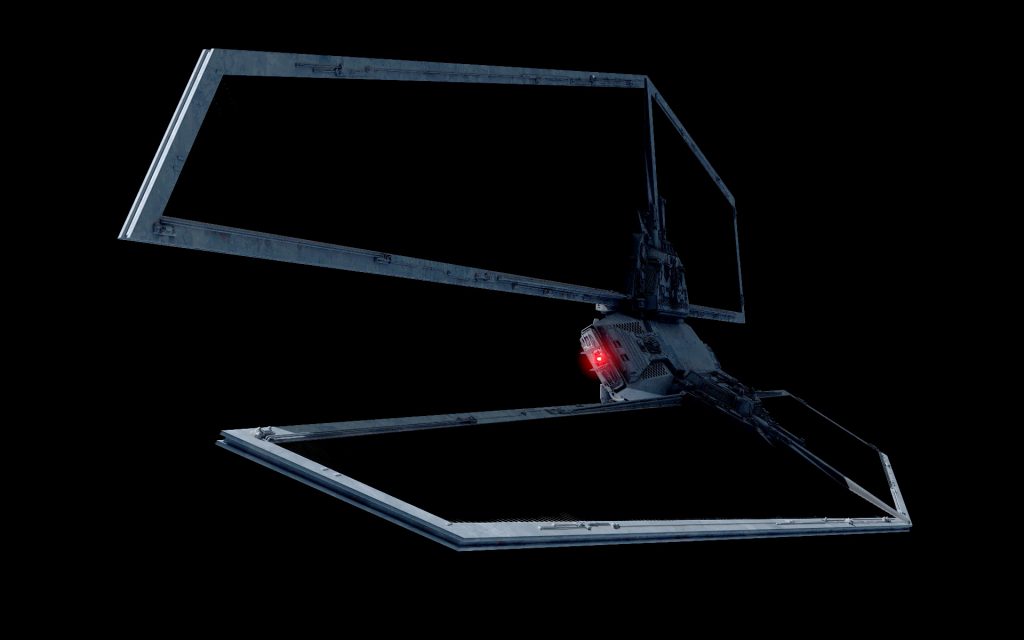 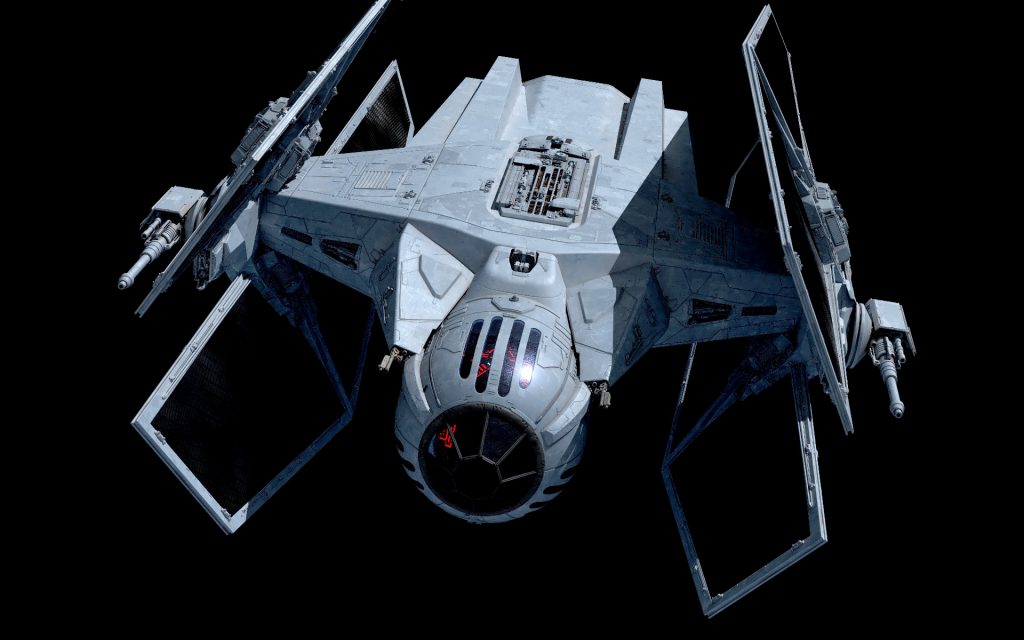 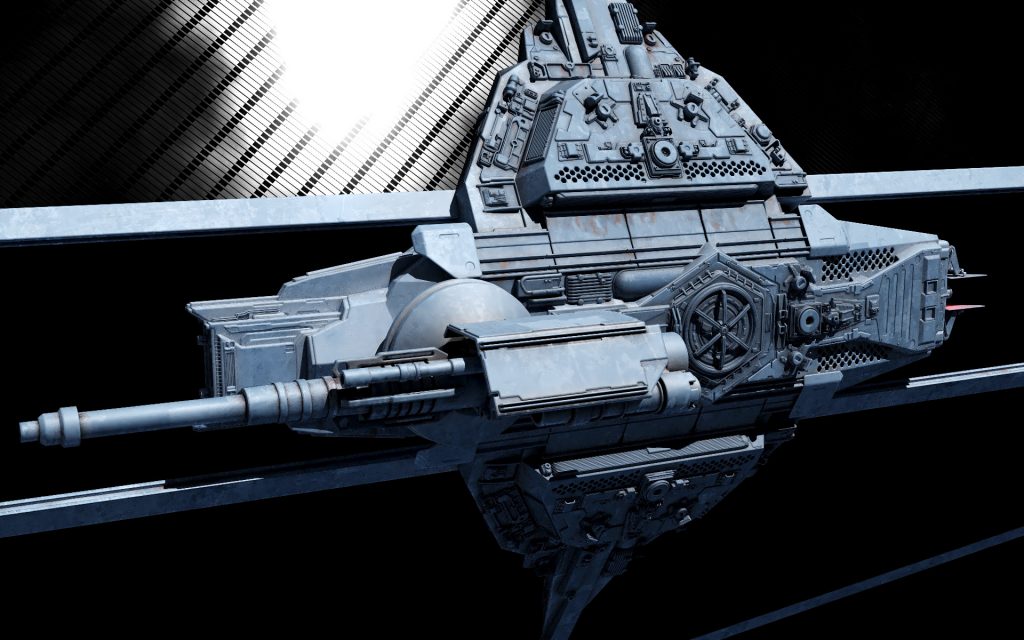 I wonder if the wing cannons are as powerful as the Scimitar assault bomber’s cannons or stronger as the Alpha starwing’s cannons?

If the rear of the craft was damaged would the wing based engine nozzles be enough to safely get it back to base or are they just purely for extra maneuverability?

Seems heavily dependent on just what did the damage-fighter laser or missile-fragment grazes might leave the ship intact enough to limp home or get tractored in safely, but a solid burst or single turbolaser hit? Ejection time, assuming you aren’t insta-vaped simultaneously.

Will it include a way to fire its missiles or torpedoes forward or will it be restricted to doing fly-over bombing runs?

SW missiles just re-orient. They aren’t dumb rockets, regardless what the mechanics in games might say.

In the ICS for the buzz droid missile, the guidance systems take up a substantial fraction of the missile’s already limited volume. Perhaps there are torpedo variants that sacrifice guidance for yield out there? A dedicated siege platform that barrages planetary shields seems to be a good launch candidate for a dumb rocket.

I think for specialized siege purposes you either would just use massed turbolasers that can’t be shot down, or the missiles involved wouldn’t really be volume-limited (like 40K style light corvette-sized ones).

I know the movies like to generally have dumb point defense, but I think realistically at this tech level anything going purely ballistic in space is not going to be effective, so the guidance is almost always worth it.

It would definitely be interesting to see an Imperial interstellar strategic missile. Perhaps those would be the predecessor of the Galaxy Gun projectiles in hull form, if not warhead physics package. Massed turbolaser also seems more plausible than missiles for a siege platform, but the only example for that kind of hardware in the EU is the Torpedo Sphere, even if it looks kind of dumb. Given Star Wars capabilities in power generation, AI, and sensors, logically we should see stand-off tactics between missile swarms and unmanned launch platforms at relativistic speed, but that just isn’t reflected on screen. In… Read more »

I don’t think we should see missile swarms actually. Unmanned platforms and automation in fire control, yeah, totally. KE alone is relatively small contributor to power on target compared to energy from mass annihilation transferred by turbolaser. Even a 1000 ton missile moving at c dumps less energy into a target than an ISD can in 1 broadside (actually ~200x less), and the ISD can keep firing. Warhead effects are different of course, and we have no idea what SW warheads are (nor do I want to know), except that they can be quite destructive. But, warhead or lump mass,… Read more »

I’m in agreement regarding the inability of starfighters to just waltz under shields, but Disney has made that increasingly difficult. Bannon proposed some novel ideas with IFF transponders or tractor beams, but it’ll definitely seem like fighters can just do whatever they want to new Star Wars fans. With the availability of computing power in Star Wars and lightspeed weapons, point defense against torps should be pretty common, but we never see in the films and almost never see it in the EU. In the prequel timeframe, every Separatist fighter is a missile platform with a fairly substantial ordnance payload.… Read more »

I can’t help noting that a substantial number of film engagements involving fighter component strikes either featured Jedi pilots or Jedi-ballpark bystanders (though Poe remains wanktastic even if we factor in theoretical battle-meditation buffing from Leia-at least TFA’s Starkiller raid involved sabotage). R1 was an exception, but also one with moderate capital support & limits on what several alphabet-fighter squads could accomplish. As for PD, while it may be under-publicized, Finn was doing a fair crash-course job of it (picks off at least one anti-fighter missile) right up to the point where he & Poe started bickering about “back to… Read more »

The only way buzz droids make *any* sense is if they’re used to sabotage very large ships that would otherwise require a missile much larger than a droid fighter can carry. Using them in an anti-fighter role is just…why?

One thing to note of buzz droids is that they not only tear apart ships, but can access its victim’s computers and seize control of the craft. This allows them to kill the pilots and add the hijacked ship into the roster of CIS starfighter forces in that battle.

Suppose that’s one way to pick up light Republic ships for reverse-engineering or Top Gun/Red Flag-style adversary work, but it sure doesn’t seem efficient enough to decide a capital-scale engagement.

I must remind you that according to the theory of relativity, the energy requirement to accelerate an object isn’t linear, it’s exponential. Accelerating said object at c will necessitate an infinite amount of energy, and thus produce an infinite amount of KE. Even reaching near c will demand an monstrous amount of thrust on the part of the missile.

Good point. I think relativistic KE doesn’t diverge strongly until >0.5c, but I shouldn’t have used c as an example. But even if the full mass of such a missile was converted into energy, it’s not really much better than a heavy turbolaser bolt. A missile would be limited in maximum velocity, and thus maximum destructive potential. Turbolasers are fairly magical in this regard, since we assume very high efficiency transfer of reactor power into destructive power, and reactor power scales very very well.

Yeah, Mass/energy conversion is much more efficient and easily achieved in a reactor than it is in a warhead, as little time as possible before it hit a target, particularly if you want all of the energy to be directed at said target.

Those little red lights are all the Ion engines right? If so I count six… One per wing and four on the hull of the ship, or are they something else? I’m curious.

Interesting, so then I am to assume it can haul ass in a straight line better than any bomber out there?

Roughly similar to a Scimitar. Not crazy fast in absolute terms but pretty damn fast for a bomber with that kind of bomb load. Sort of like a Missile Boat wasn’t any faster than Avengers or Defenders but for what it carried it was really damn fast.

Humble question, do you think that one day you could make TIE/AG Aggressor?

Not a huge fan of it, so it’d have to be a commission.

If one insisted on a tail turret-equipped TIE derivative, I could vouch for a solid handful of wiser design choices than just stripping half the wing panels off an X1. ‘Specially in light of models like R1’s somewhat-misnamed Reaper transport.