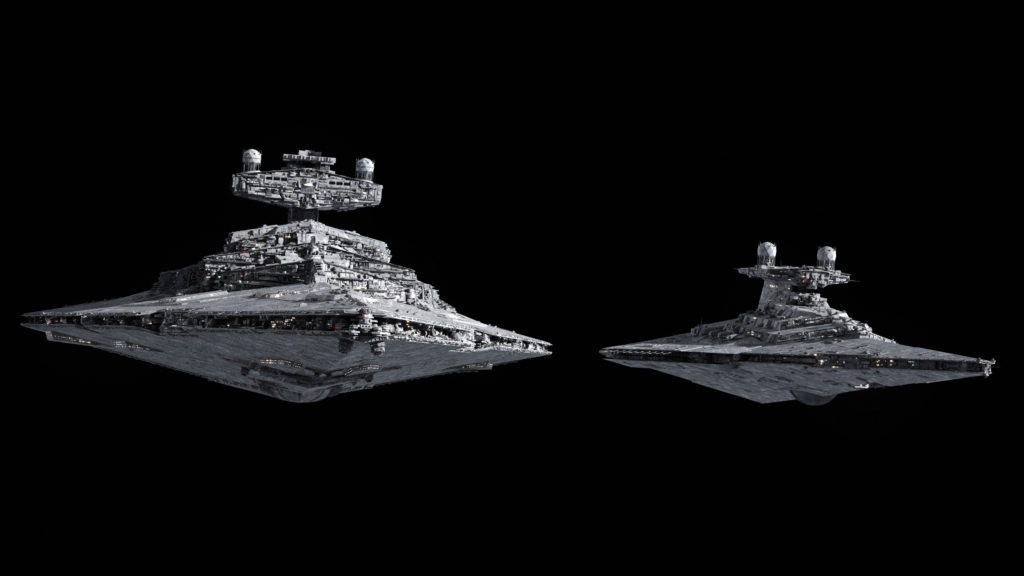 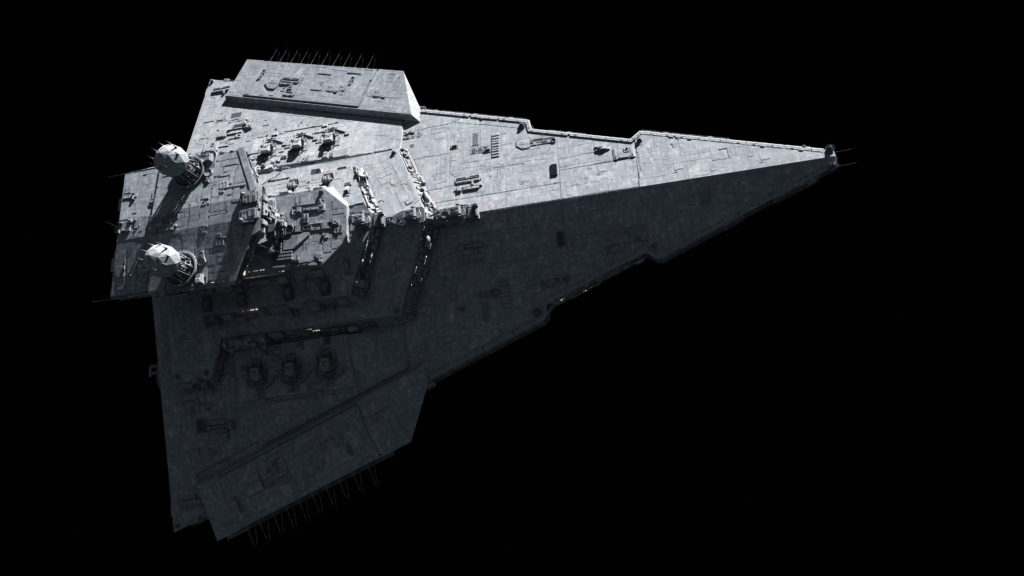 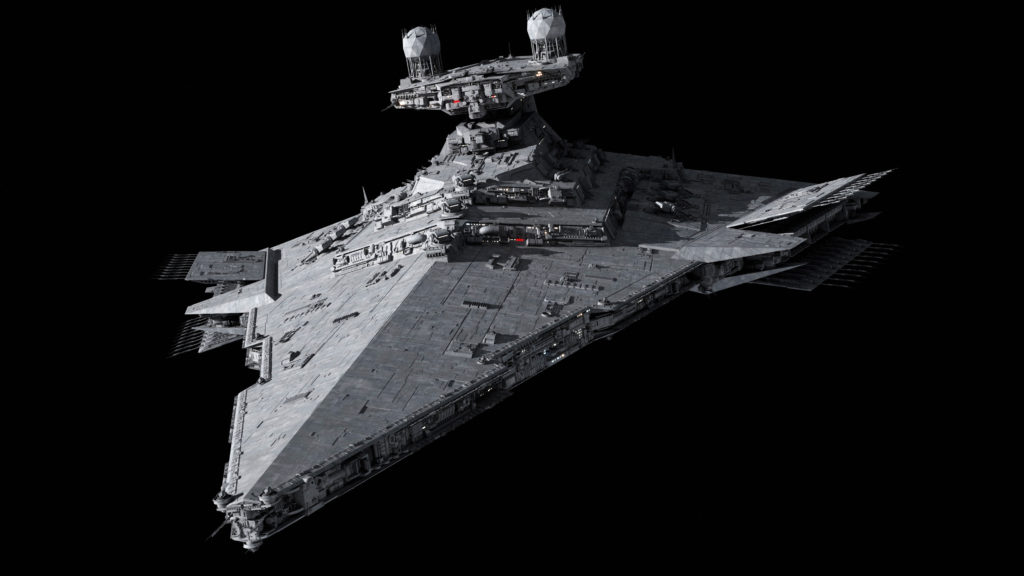 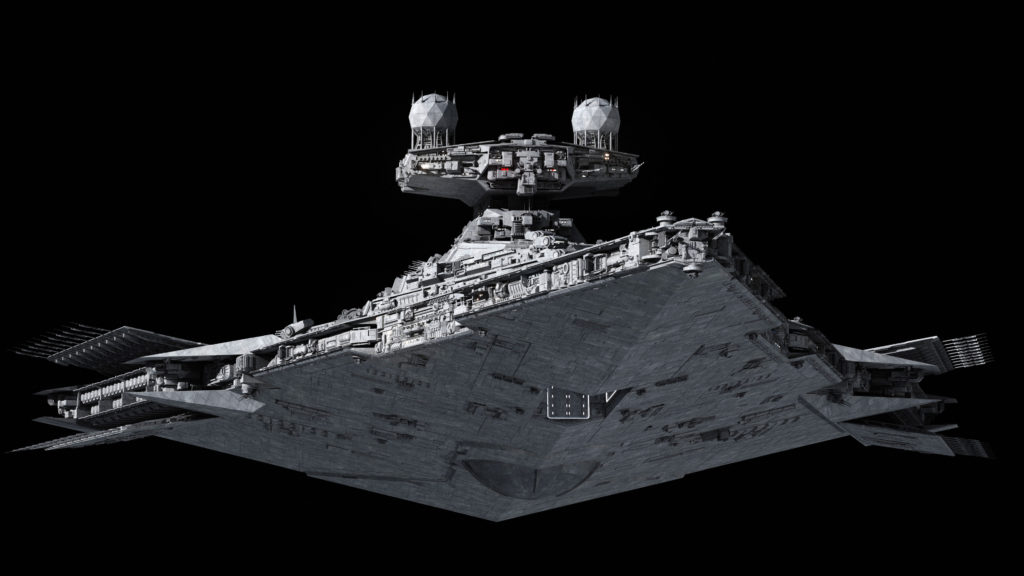 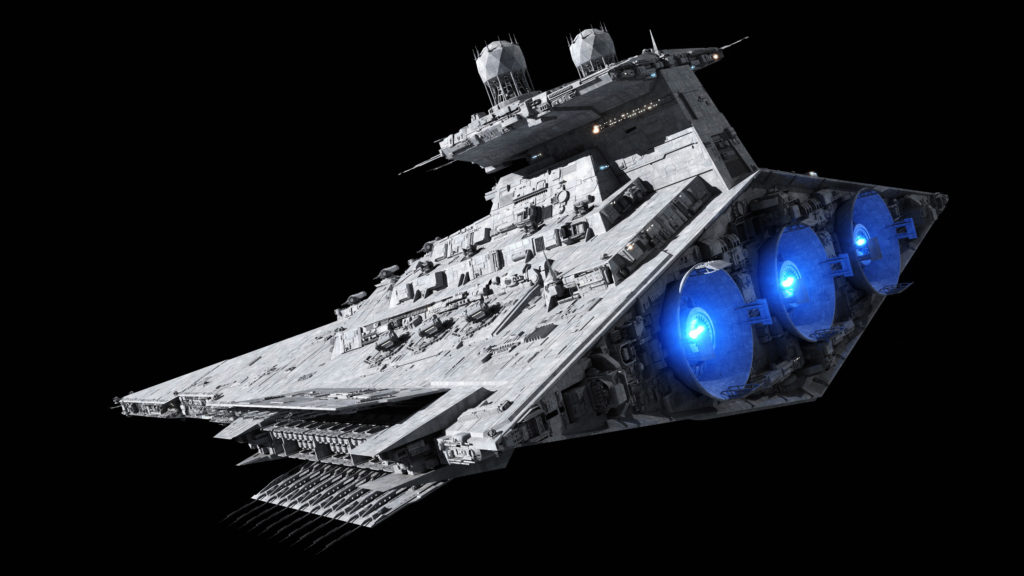 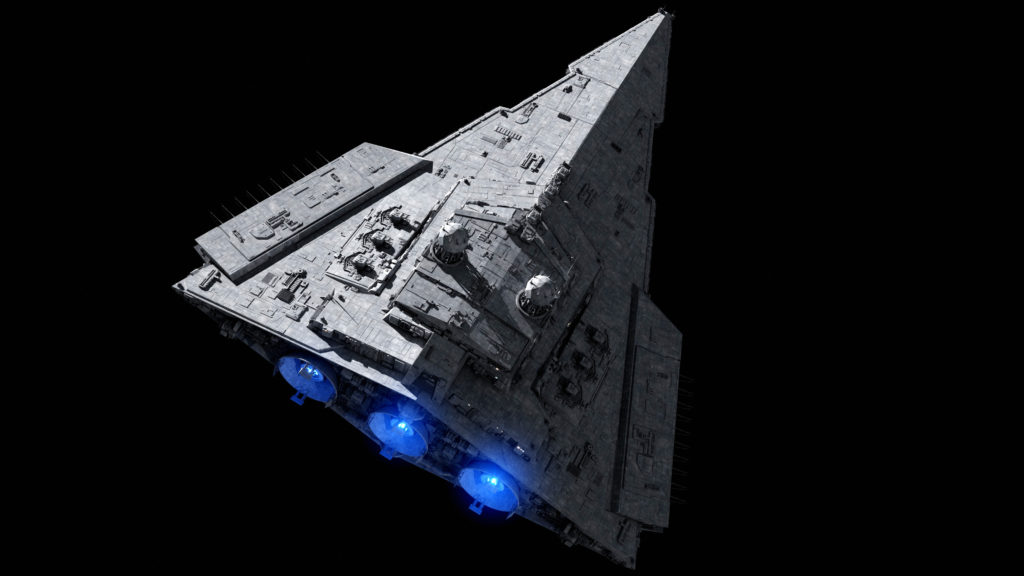 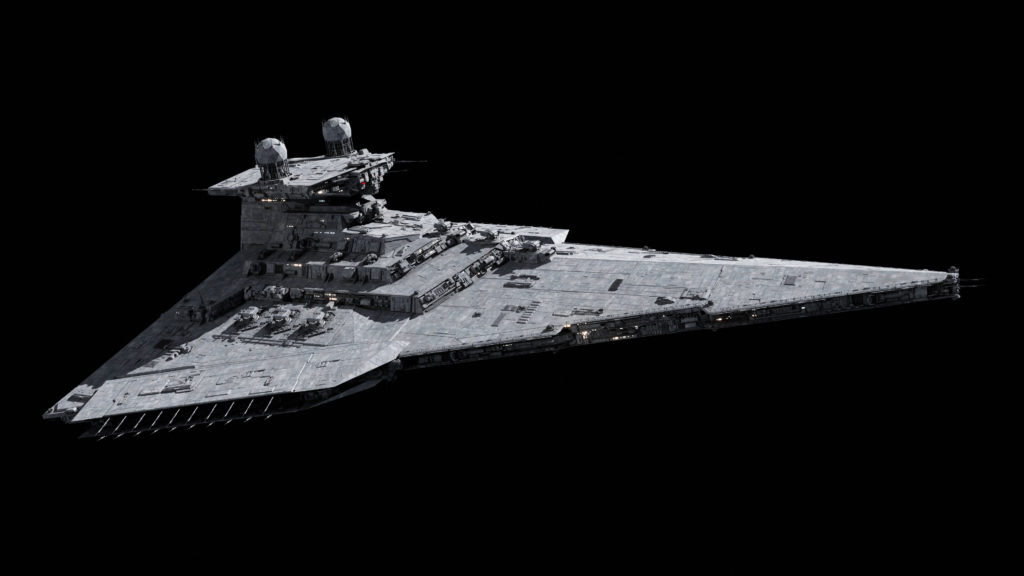 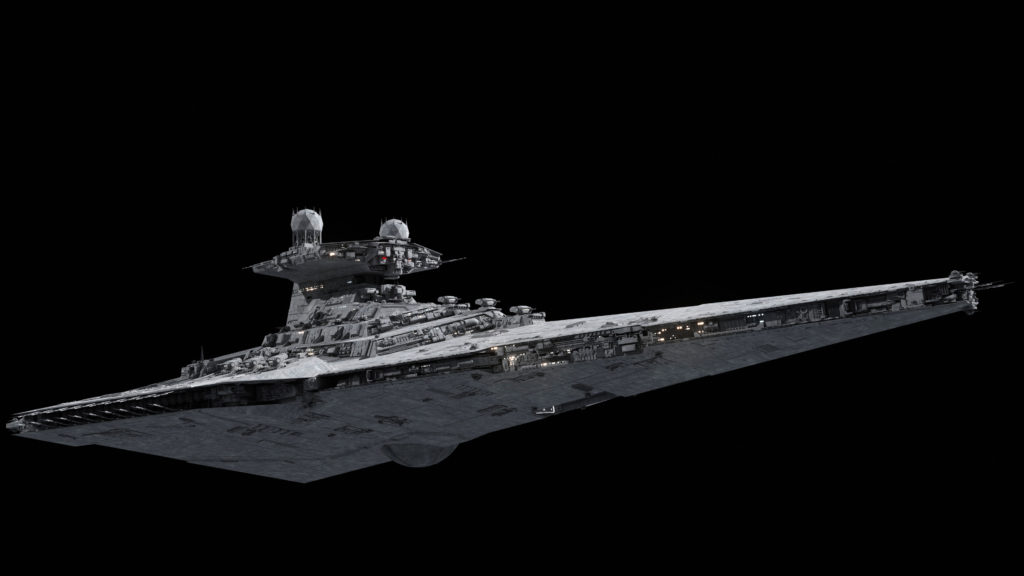 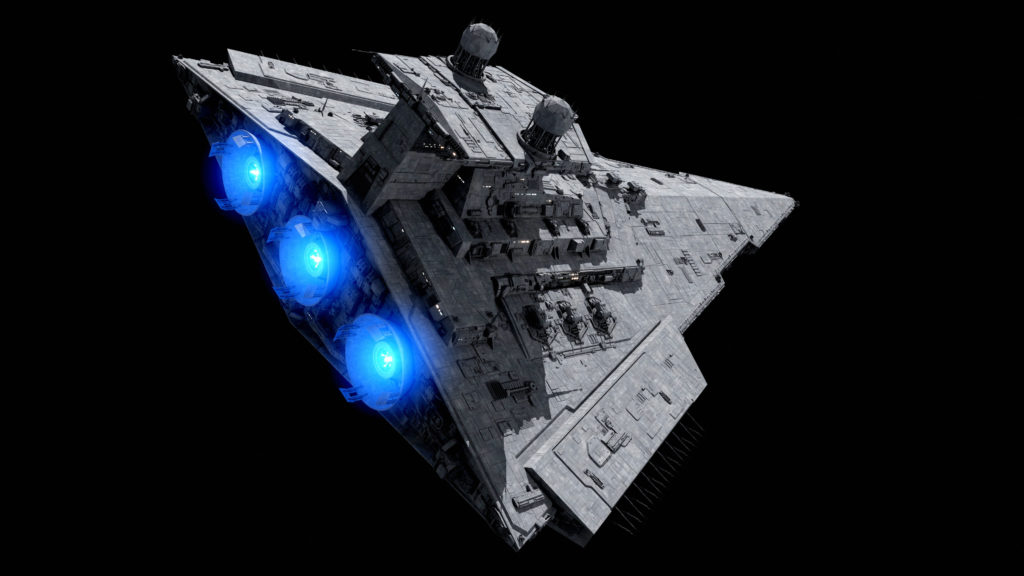 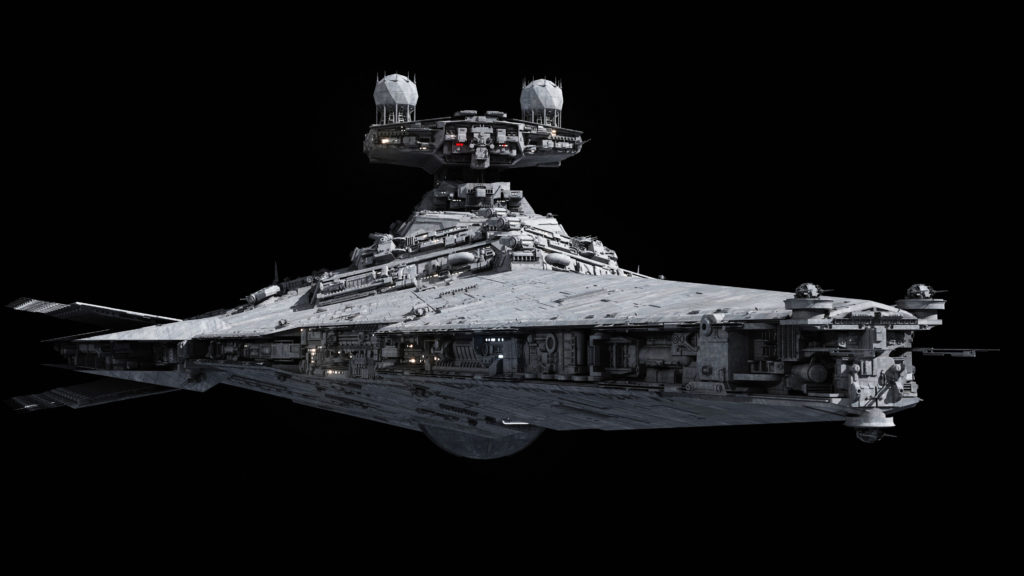 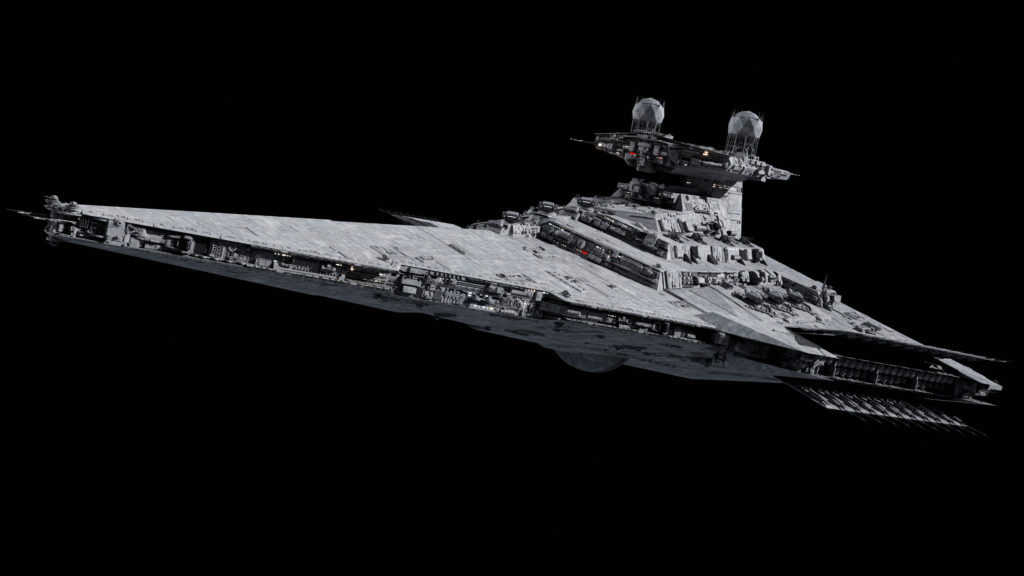 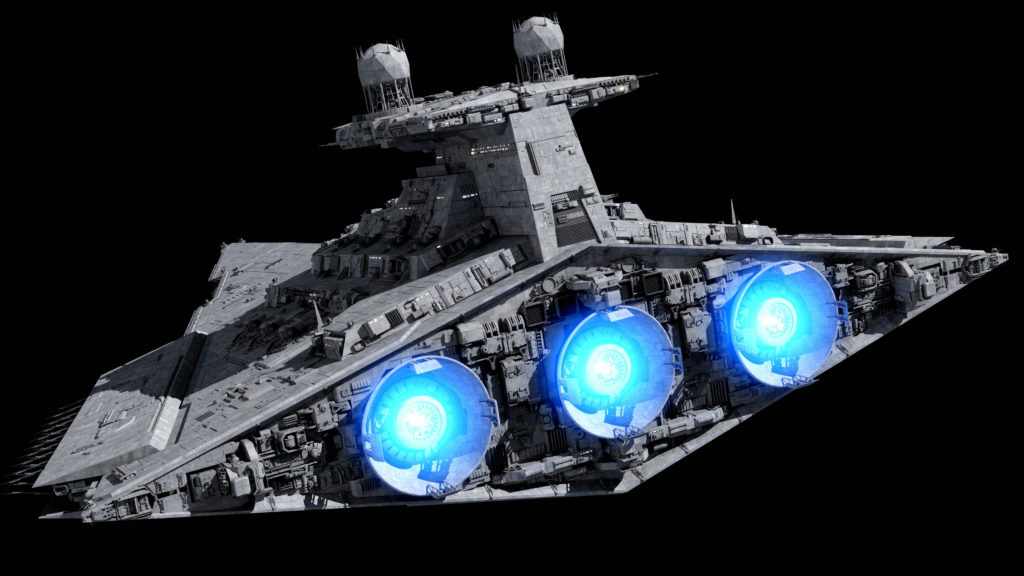 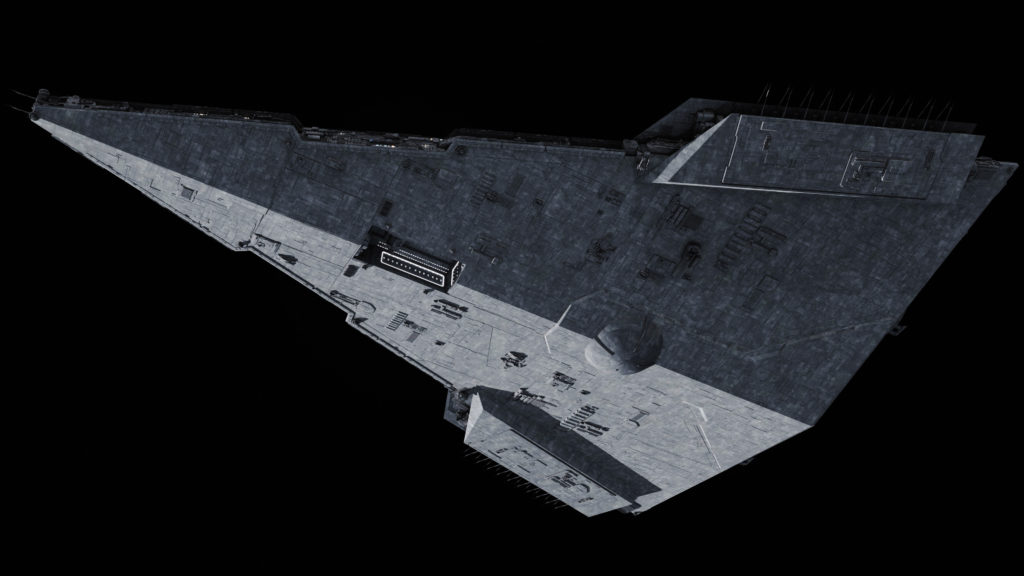 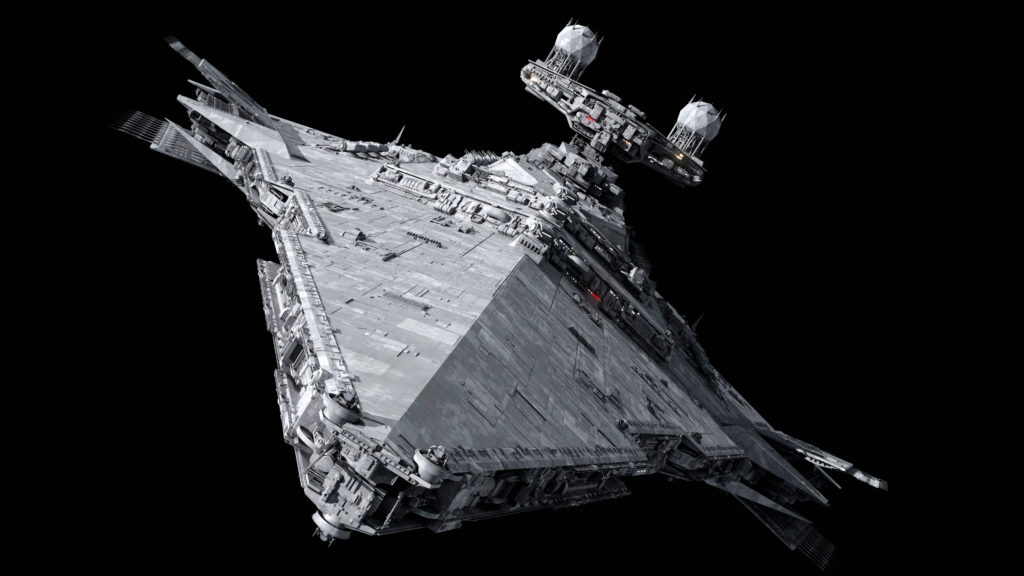 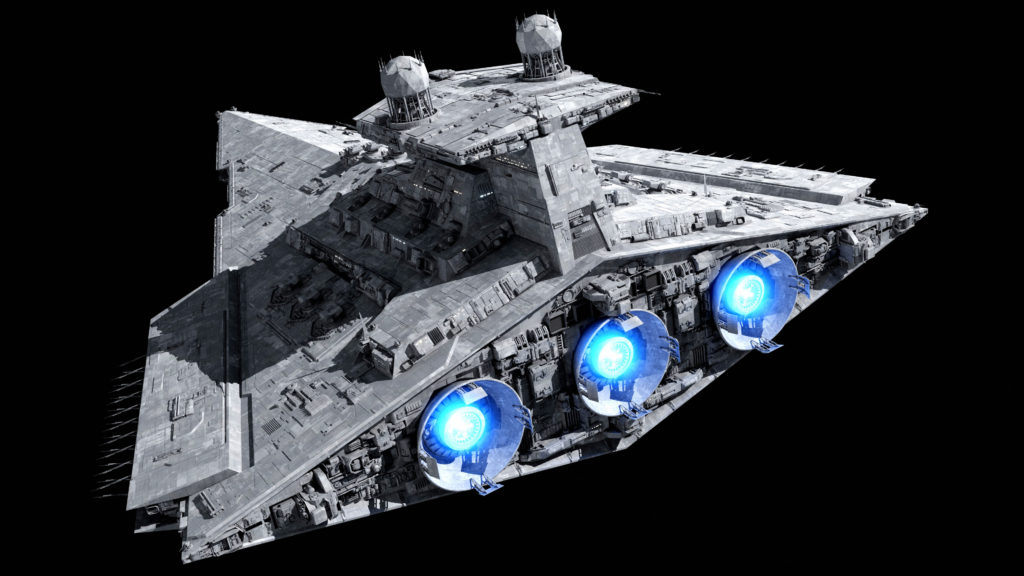 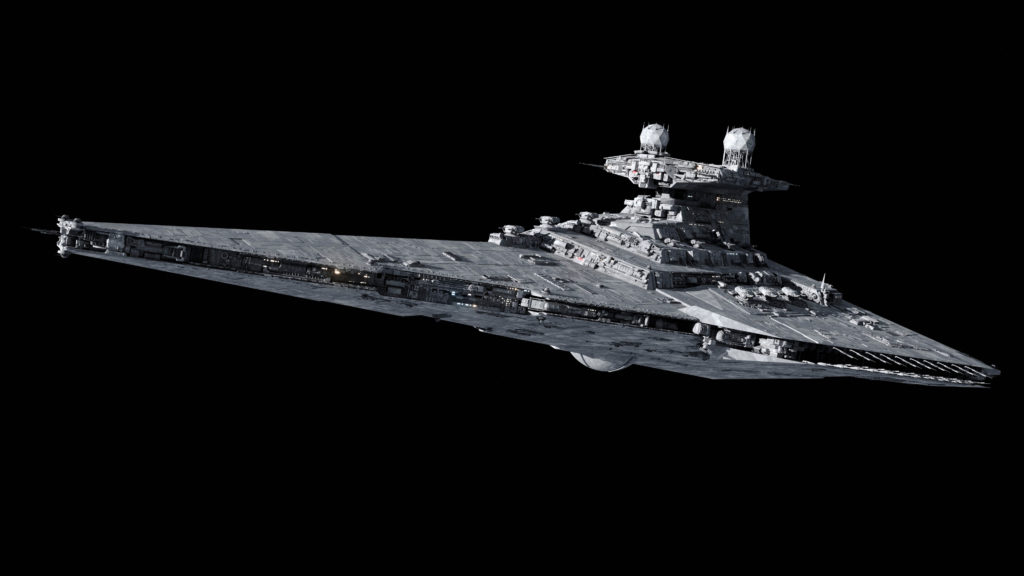 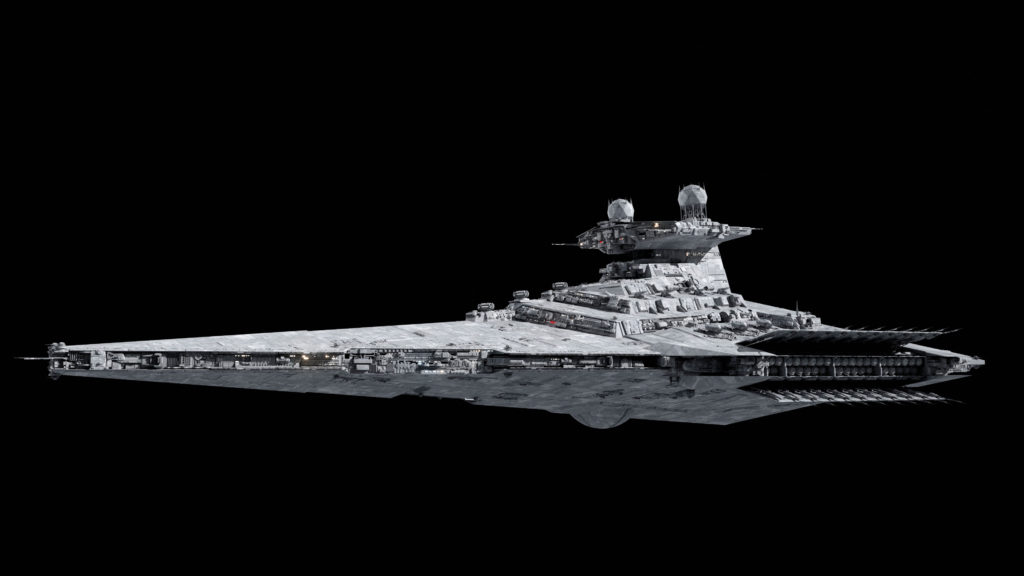 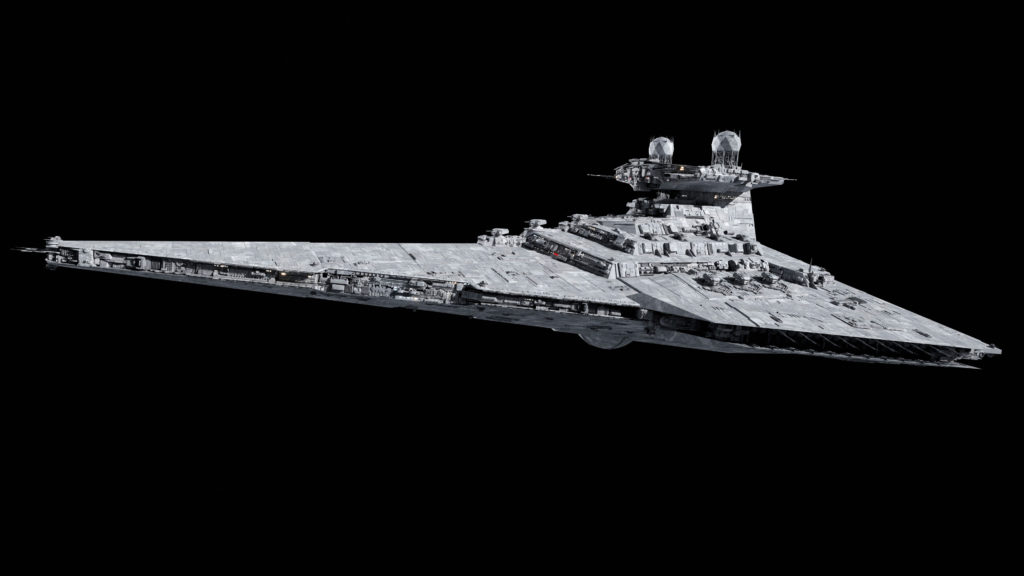 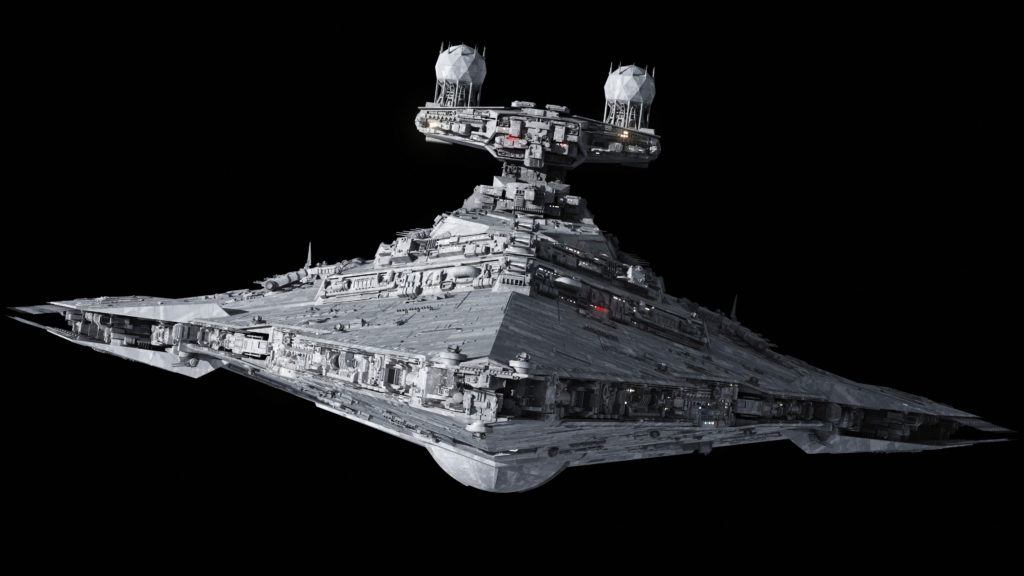 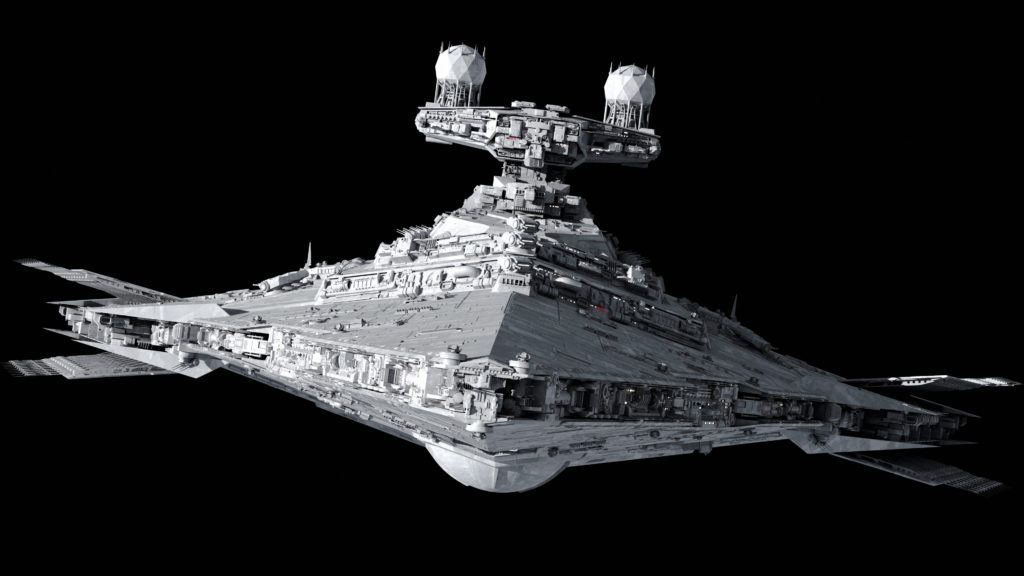 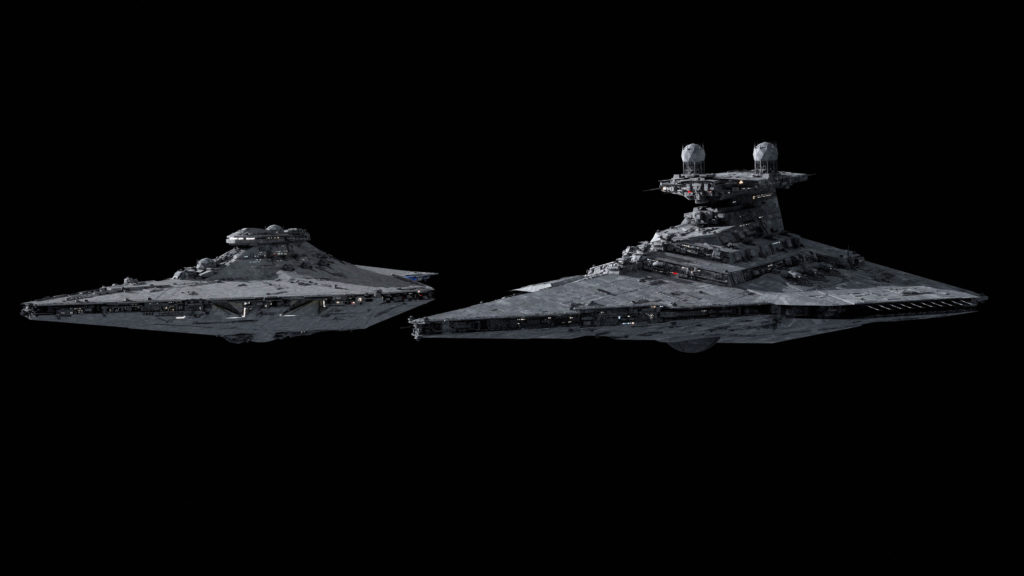 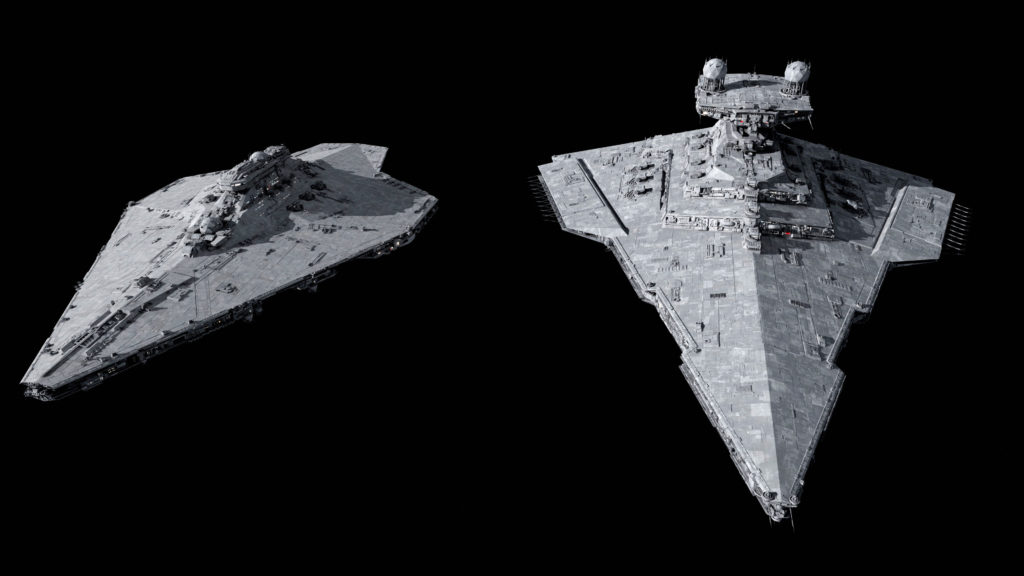 Despite being more of a fan of the Bellator, this is probably the SW ship I’d build Irl, it would make a great defence platform against Near Earth Asteroid threats… 😉

it needs some cannon on the bottom

I’d love to see these bad boys retrofitted with two SPHA artillery batteries in the hanger underneath, for planetary bombardment operations. I’m almost certain it has enough volume to fit two of them. Also would be interesting to see ship batteries mount twin SPHA cannons or something. If you see this, I’d love to hear your feedback on the practicality of this idea.

That’s a lot of missiles…

I’ve always enjoyed your work and its even inspired me to work on one of my own (though not as detailed as yours). I was wandering how you went about getting the texture for the basic surfaces of your ships the greeble always seams to layout perfectly.

Such an amazing model, by far one of my favorites ever.

I just got to say again how much I love your take on this ship.

I’ve always liked the look of the Victory, despite being smaller than the Imperator class there’s a solid muscular look to her. The ‘wings’ add to it and it just comes together to make the Victory look like a handsome design. Amazing amazing work recreating her here 🙂

FS can you please make a 4K category?

I posted this question in the finished Proclamator post, but I’ve noticed you don’t seem to reply much in older posts so I thought I should put it here as well: I’m not certain if you’ve been asked this before, but have you ever considered making redesigns of the canonical star destroyer-type ships like the Victory I-II, Imperial I-II, Acclamator, Venator, etc? Every original creation I’ve seen from you appears to be far more sensibly designed than they were, with fewer glaring vulnerabilities and better turret layout. Even if the answer is no, I’d still appreciate hearing your response. I’ve… Read more »

I’m not FS but it was answered before, it will be based on commission

Okay, thanks for the response. 🙂

Well, this right here is Fractal’s take on the “canonical” Victory I-class Star Destroyer and we do have one of the Imperial-class as well. He said he’d do the Venator eventually but only when the current projects and commissions are finished.

I really like the render settings used for picture 78, it makes it look almost like a physical model.

Excellent model! Have you considered doing on for the Resurgent-class star destroyer?

This is looking good so far!

Sadly, they are not, as people keep on trying to steal Fractal’s work for commercial purposes. Let’s not make it even easier for them.

Beautiful model Fractal and one of my favorite ships.

A wonderful rendition of the VicStar One. It’s still easily recognizable as a model of the Star Destroyer family yet not just a smaller ISD with some extra wings glued at the side like most depictions of it in other media. The comparison shots with the Impstar Deuce and the Proclamator are also excellent for scale measuring. The ISDII is almost double in length while the Proclamator is, if I remember the stats correctly, only 10 meters shorter than the VicStar. If those two met on opposing sides, I could imagine it being a close call depending on which of… Read more »

The volume distributions are belied by the length comparison. VSD is has a deeper and fuller hull form than Proclamator, and a lot of the length on the frigate comes from the fantail, which is obviously not that big a structure. I’d say a Proclamator is ~40% of a VSD, but that puts it into a competitive range. A poorly handled VSD can definitely lose to a well handled Proclamator.

Speaking of the Porclamator Fractal about this picture here:

The Proclamator’s hanger bays seems to be covered by untextured walls or something if you could can you fix it?

I’m aware about that. I’m talking about the untextured wall with missing pieces that are covering over the closed hanger bays that look like it is glitching through or something.

These comparisons are practically the icing on the cake on top of the superb models which is why I read them so willingly. So Piett on a Proclamator vs. Ozzel on a VSD would most likely result in the VSD being toast, lol.
Darth Vader on the VSD and Thrawn on the Proclamator would probably be a close call.

are those rods on the wing tips sensors?

Well in old diagrams it was “forward observations station”. It did make no sense so in this work, yeah they are probably just a sensor antennas.

I conceived them as specialized missile control aerials.

I looked at this beauty’s gallery just two days ago. Thanks for the higher rez renders. 👍

One of my favourite works of yours mate. The highest possible quality. May I ask, you plan to create Victory II?

The Victory II-class is practically the same hull as the Victory I with the only difference being the missile launchers being removed in favor of a bunch of Ion Cannons and better, faster engines. It may also have a stronger reactor for better shield strength but beyond these the Victory II isn’t too different from the Victory I in terms of looks.