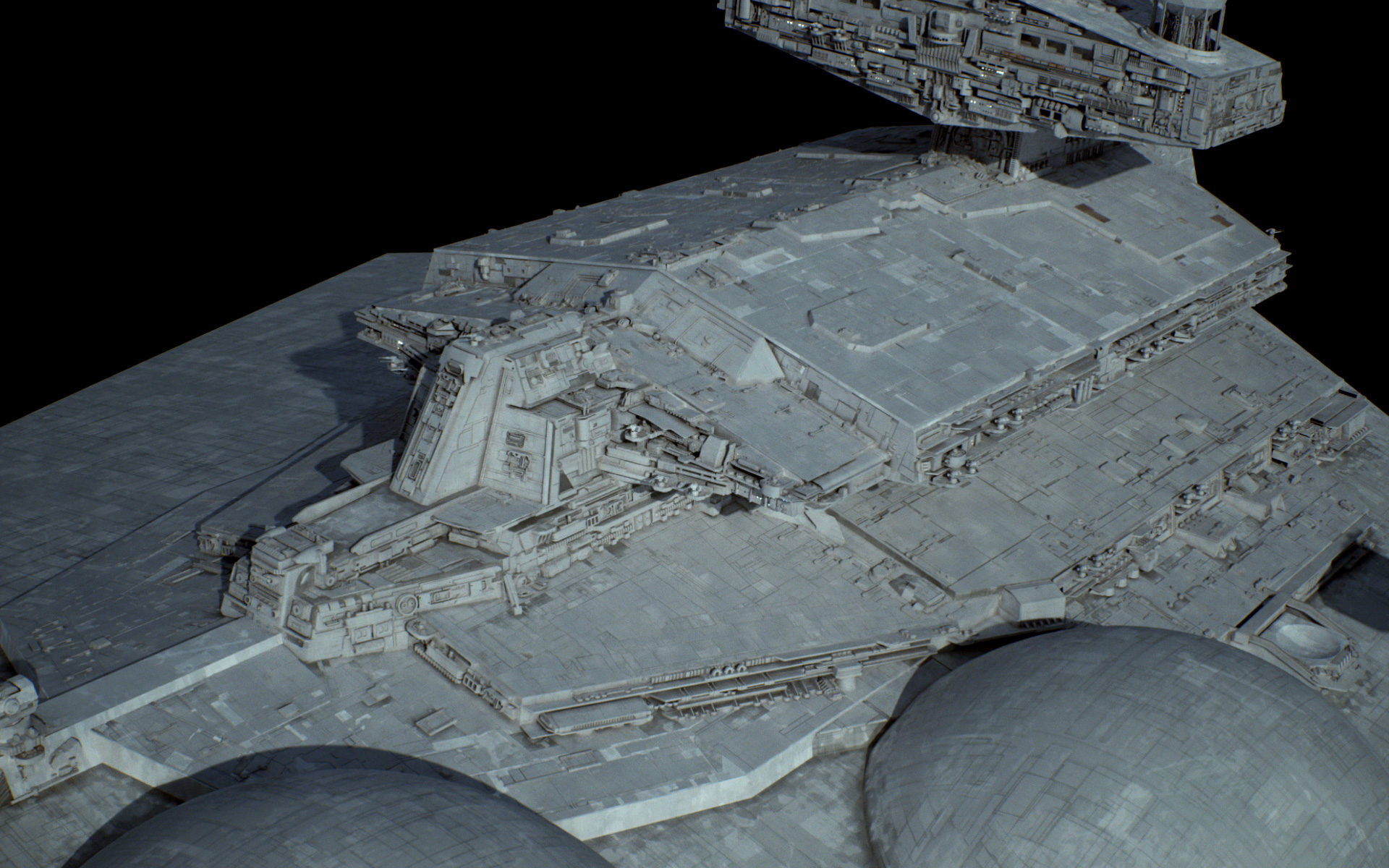 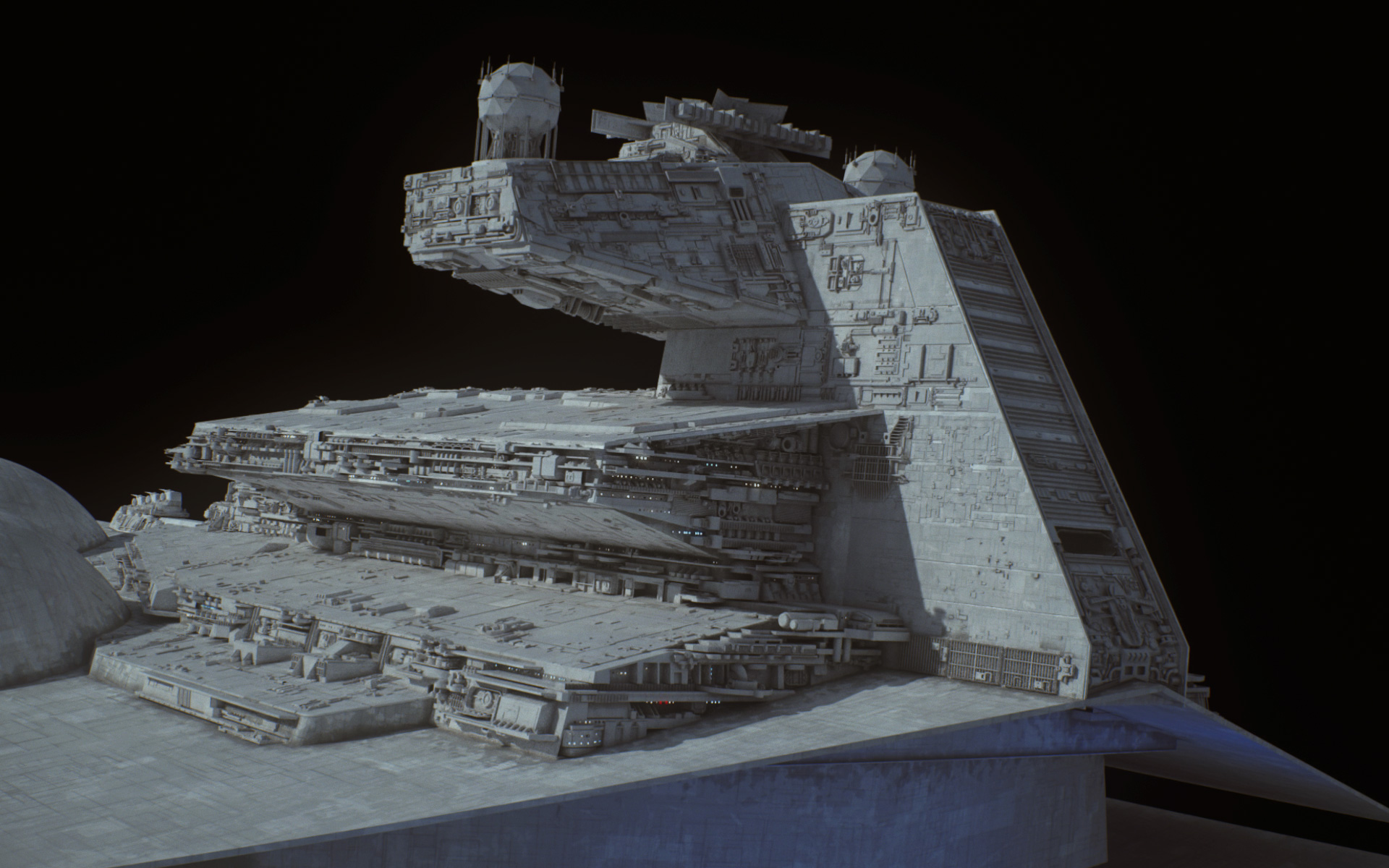 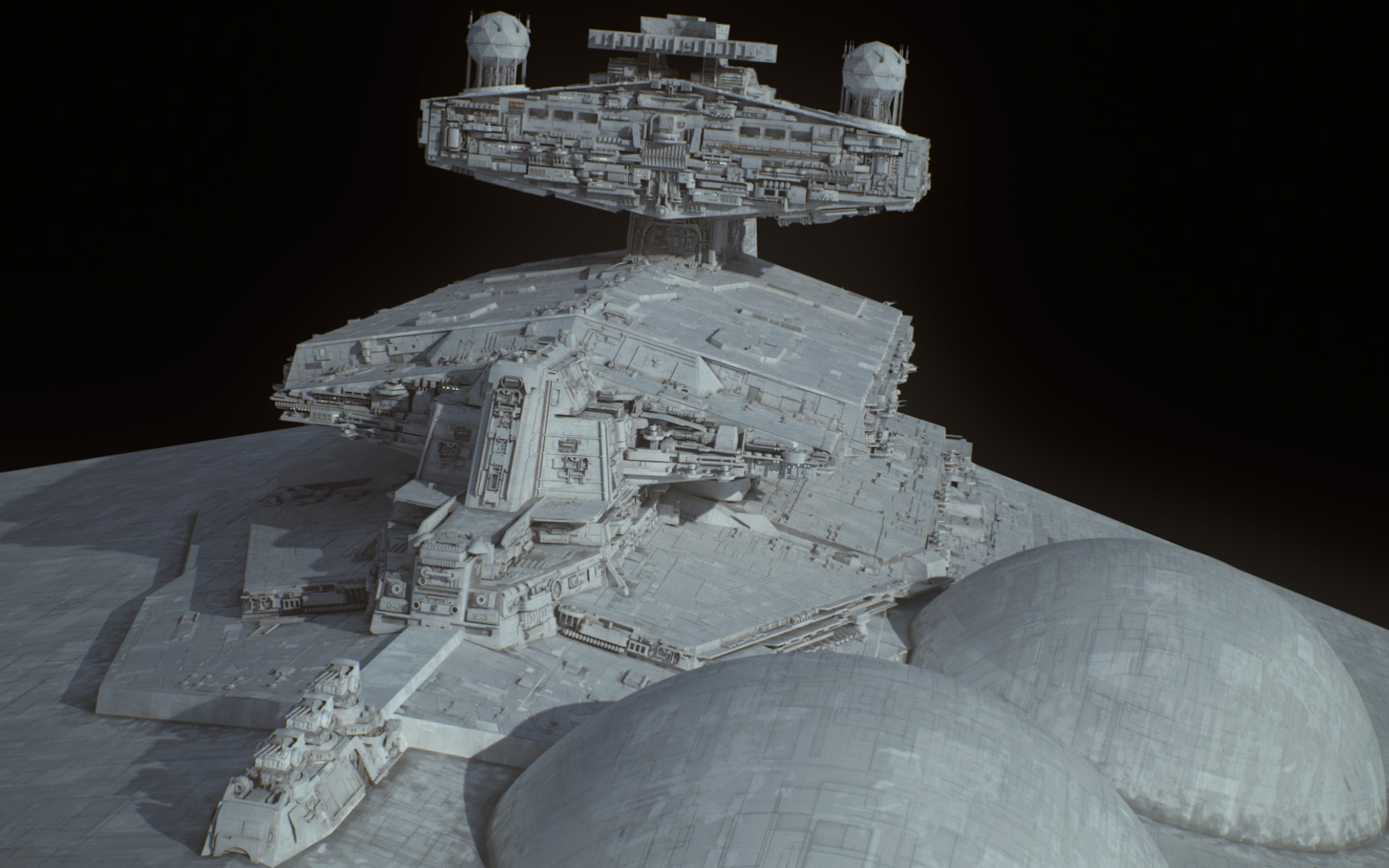 So Fractal will this redux version have the same duel 175 teraton heavy turbolasers as the old version or not?

No, probably the 40-teraton guns on the ISDII in various mountings.

Right and how many mountings will there be like the usual 3 in the old version or more?

This reminds me: LEGO’s latest(?) ISD model blew my mind when it has the comm/targeting array (you know, the thing on the bridge between the sensor globes) pivot so you could either have it appear to be ISD I variant (when it’s vertical) or II (when it’s horizontal). With the line between ISD I and II have already been blurred with weapons simply being able to be swapped between the two subclasses, so perhaps this system pivoting could define two sensor modes on a single class, e.g. omnidirectional scan and focused directional scans. It’s not like Star Wars ever shied… Read more »

That’s nothing. Google “the most accurate LEGO star destroyer” Should give a sense to incredibility when looking at it. I kept thinking “My Gods” when seeing the engine cowls.

While some fan creation of the ISD is certainly impressive, that’s not what I meant by the post. Given that targeting array gimmick we see on the LEGO’s official high-detail model, it might be an indication that ISD subclasses may simply no longer exist in lieu of just one class and the visual difference between the two (aside from different sublight nozzles, which might just as well be an upgrade like the weapon suites) is just a sensor mechanically indicating two modes. This would also explain lore-wise why all the ISD in Rise of Skywalker are “ISD-1s” in appearance, just… Read more »

I’m pretty sure an Interdictor-class without GWGs is just a regular Imperator-class. It seems like Empire just used the standard Imperator ship-frame when constructing the Interdictor.

I know, the Interdictor-Class is simply a variant of the Imperial-Class, but both classes of ships have VERY different superstructures, and number of weapons (I think I saw Fractal say the Interdictor has Victory-class level of weaponry but I don’t remember) so an Interdictor-Class without its Gravity wells wouldn’t simply be another Imperial-class, it would look, and probably have to act differently to the IMperial-Class.

I think the different superstructure and weapons are merely a compensation for the GWGs, they are a considerable power sponge after all. Also it’d be weird for the Empire to field an underarmed ISD.

My thought process was an Indictor-Class would be almost completed, just lacking the gravity well, but it’s some point after the Battle of Endor and the Empire is losing a lot of ships. So, they rush any ship they can out of production, they simply patch up the whole were the gravity wells would have been and sent them out. Basically the Empire is panicking and sending everything that they can out.

In that scenario, I want to say it’s plausible but not effective. If ISD isn’t avaliable, it would make sense to go for the next best thing, Victory-classes, for an example. I just think the systems layout of an Interdictor is way too different for it to be hastily retrofitted in a cost effective manner to make it a capable warship for it’s size. I’m no military historian or technical expert like most people in this community but I’m fairly certain that pushing Interdictor into a role filled by an ISD is like giving an aircraft carrier some hefty naval… Read more »

You could let Gallantro Heavy Works try to work the same magic they pulled to create the Enforcer-class. That’s not quite the same thing, though.

Interesting new lights for the Bridge. Looking forward to seeing how it turns out. Still, like the “Imperator II” redux, I wonder if this can be sort of considered a “Dominator II”?

It’s been a while since I’ve seen this design. Good to see you’re giving it some love, can’t wait to see the whole thing finished.

I would love to see a vt49 or lancer class ship.

He already did the Lancer.

While I am aware that the dorsal super structure’s design is how it is because of the whims of the original artist(s) from the comics, how would you explain the superstructure being separated from the rest of the hull?

If I absolutely had to write it up? Weight saving. Basic ISD frame, redistribute the reactor volume interior for space reasons for the grav well projectors. That makes the reactor smaller, so less power overall. Now the globes might conceal secondaries specifically to power the grav wells and deal with the whole Immobilizer power-up delay thing, but it doesn’t help the rest of the ship. So, save some armor mass by trimming back the superstructure and also cut the armament to something like Victory-level firepower, but the trade off is keeping ISD shielding and maybe going a little better on… Read more »

So then the whole thing is the basic ISD frame trimmed to suit? Huh…I always pictured the super structure getting stretched into a taller configuration with that mid-level portion of the hull (which met the main hull in the ISD) getting pulled up with it… Kinda like those early McQuarrie sketches.

Great start! I have been craving a dish of murderwedge for awhile now. 🙂 Nice to see all these redux works, boss.

Oooooh! I love the interdictor and can’t wait to see the finished product!

Call me pedantic, but what always bothers me when I see interdictor models is how the half-spheres on the top and those on the bottom do not form a full sphere together. Before I noticed this I used to imagine some massive spherical apparatus inside – maybe rotating – creating the interdiction field. But probably spheres would not look aesthetically pleasing considering the sloped hull.

For a small ship like the Immobilizer, it might be a complete sphere/projector. I’d doubt it for a bigger ship like this – likely 8 projectors with hemispherical covers.

Very well thought out reasoning for why a fictional ship using fictional tech would be the way you have depicted it. I think that adds a LOT of depth and consistency to your implementations of them.