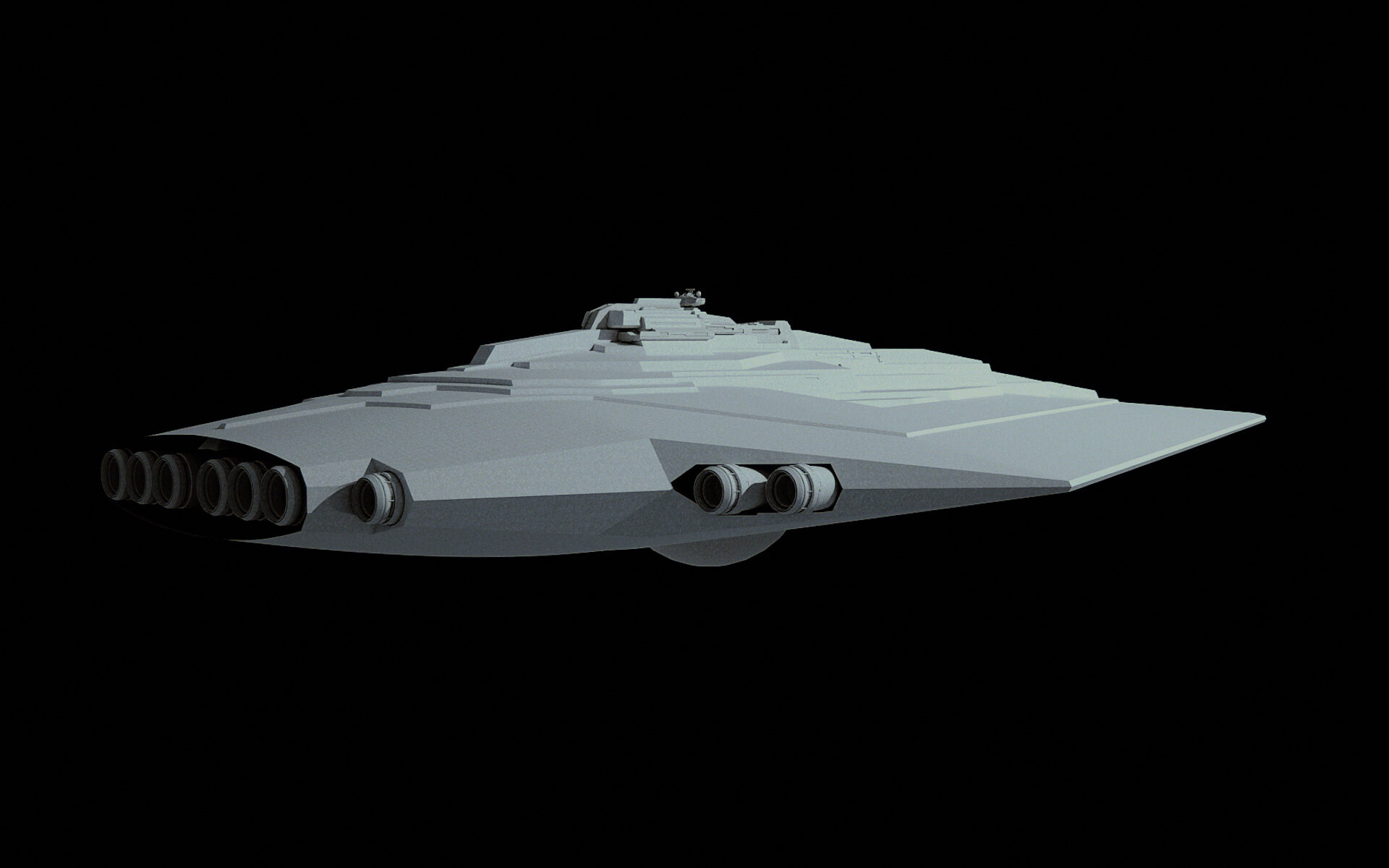 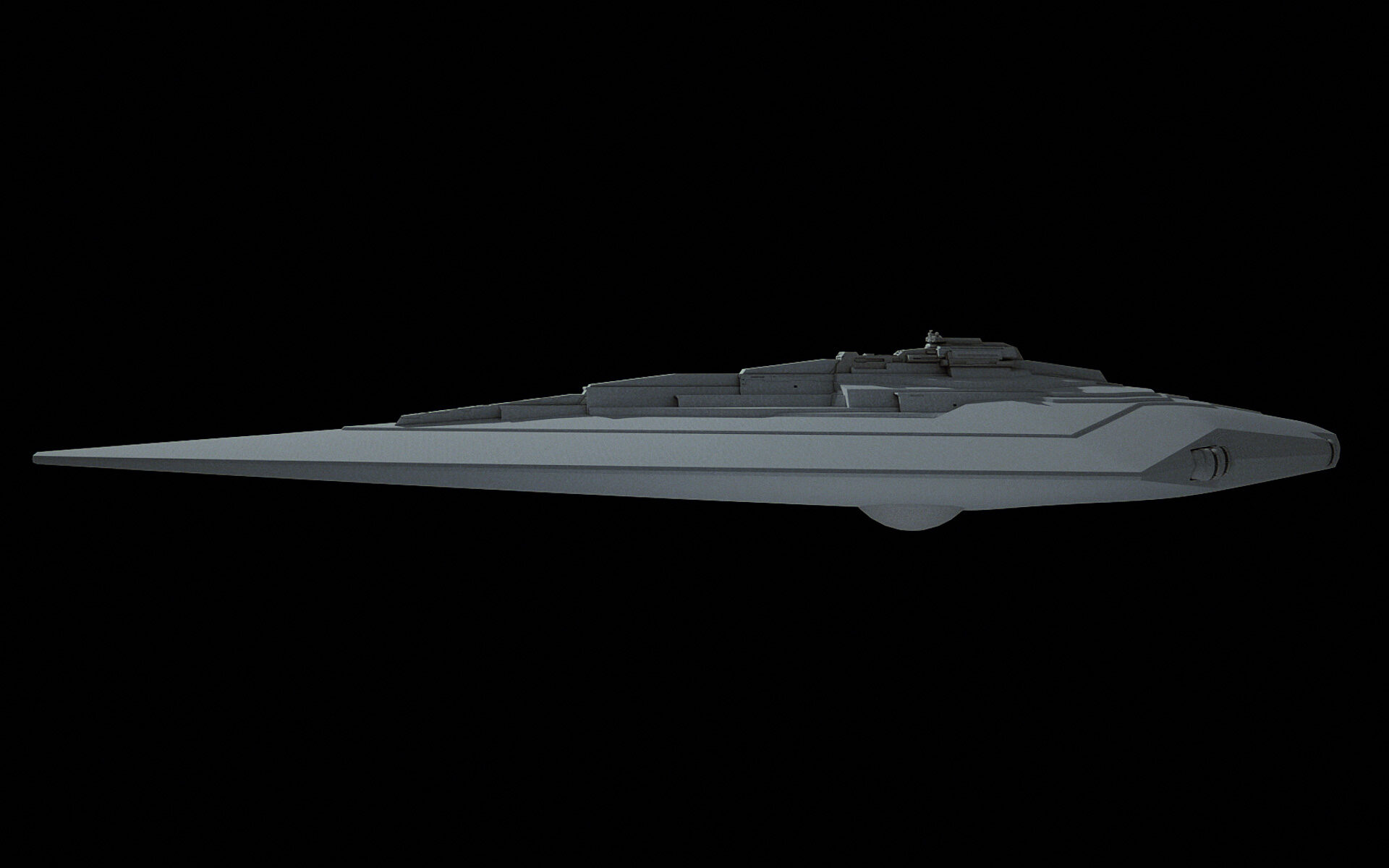 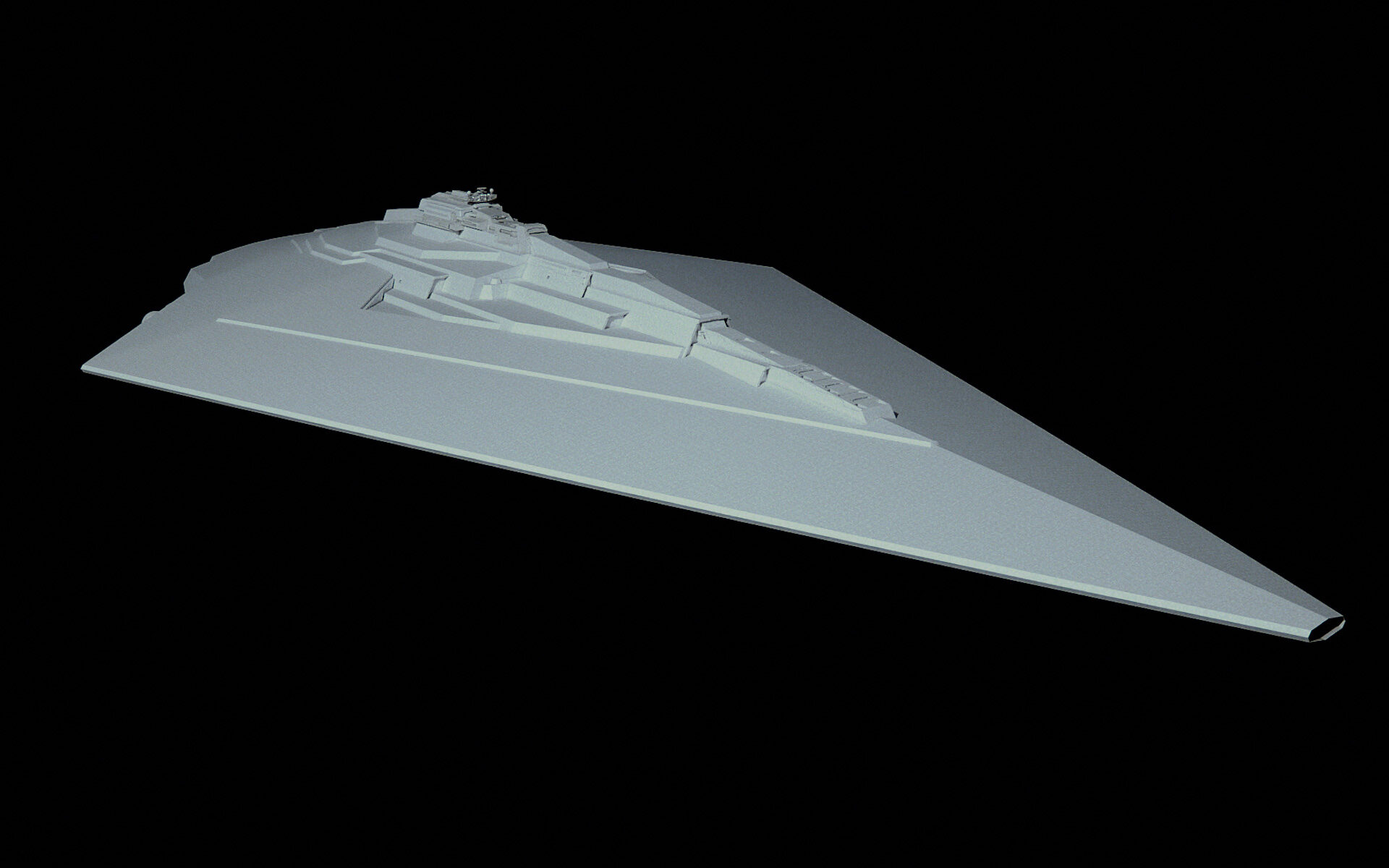 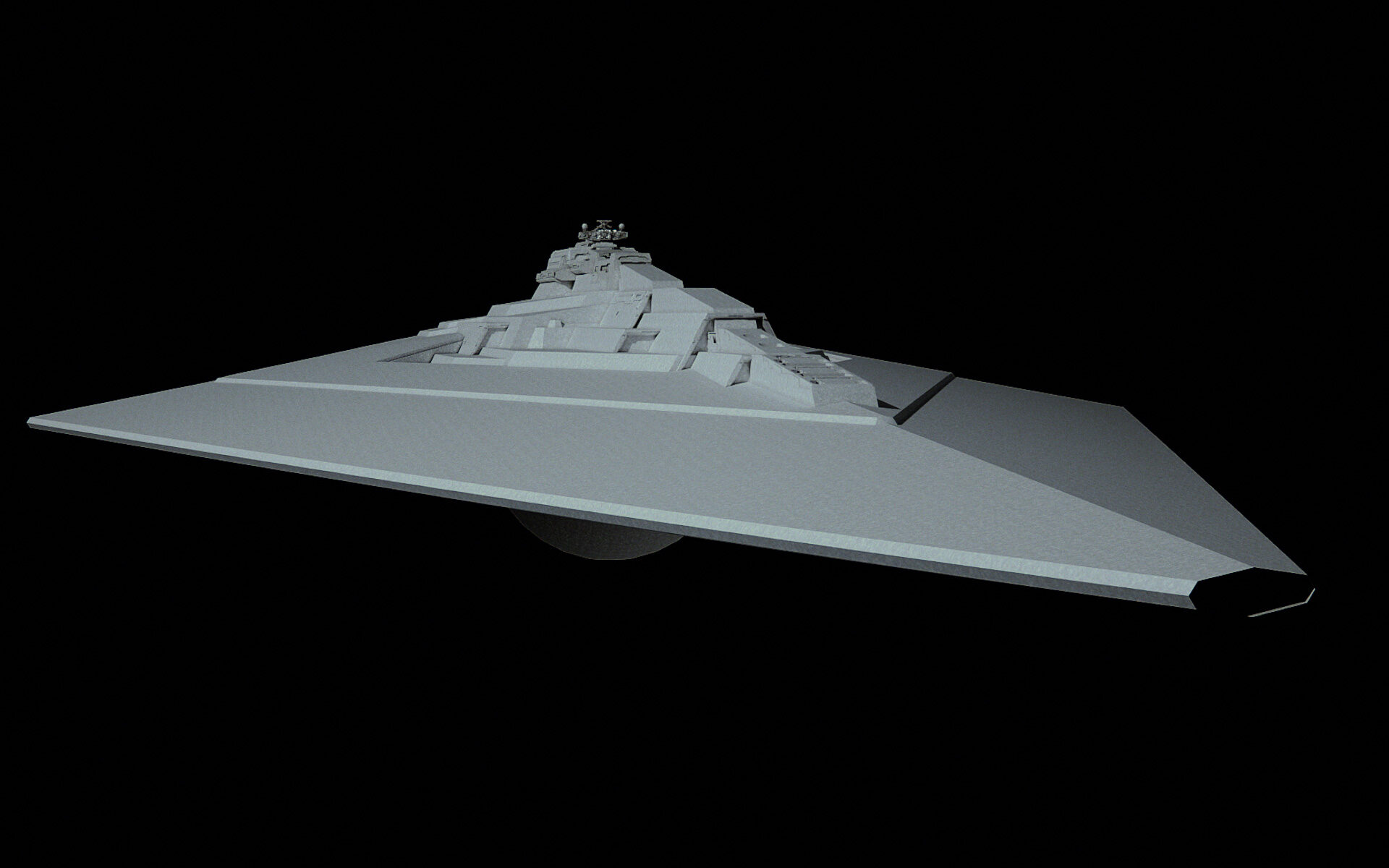 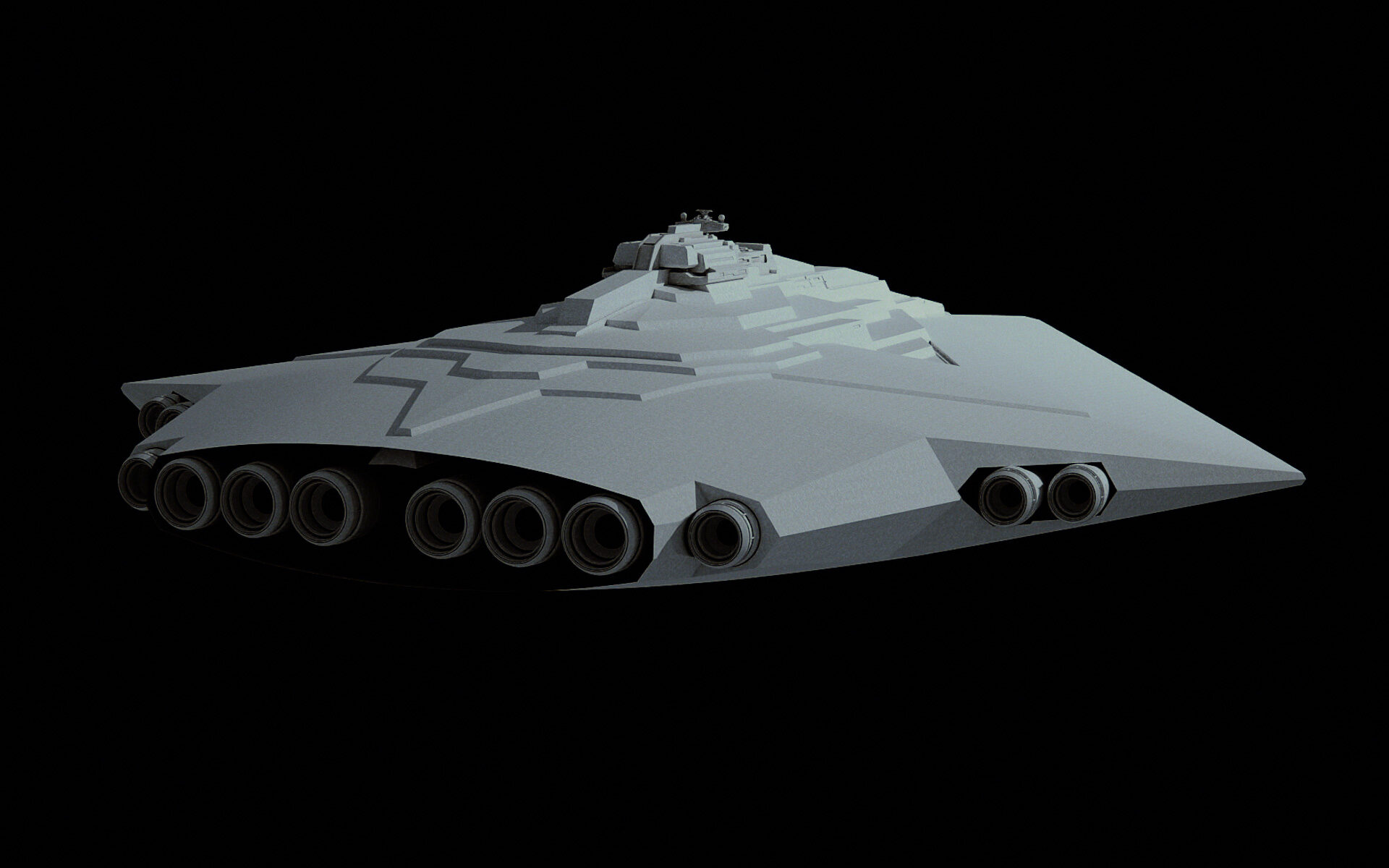 Oh man, I cannot way to see this beauty finished.

I can’t wait until this is done.

what ships are you thinking about making in the future, fractal?

Wait, what end of days? What are you guys talking about?!

That’s a joke. Everyone was pretty much convinced the world would never get to witness Fractal’s version of a Mandator, so the fact that he’s now working on it is taken as a harbinger of the apocalypse.

Surprising in the best of ways, though the soon coming end of days is kind of a bummer…

Nicholas Brown
Reply to  Darth Kos (or some say Kosm)

Darth Kos (or some say Kosm)
Reply to  Nicholas Brown

A note on the design: Interestingly the engine section has been given a curved hull while all the rest is straight lines (except for the reactor bulb).This seems like a noteworthy excemption when it comes to imperial ship design.

Well, technically its in reverse: it is there to evoke the feeling of this design being related to Bellator and traces back all the way to that Dark Empire’s page that gave us so much material in Fractal’s finish. So much for meta concerns.

If attempting to give it in-universe explanation, I’d say that this is necessitated by the fact that both Bellator and Mandator enclose their engine banks which makes it desirable for armour to cover as small volume as possible, thus creating a need for this round shape.

Yep, had the feeling that I am missing something. So I guess I should read the Dark Empire books to catch up.

I’ve been looking forward to it for years and I’m very excited to see where you take it.

I really like the thruster arrangement. Those outboard pairs should give some significant maneuverability to throw around the undoubtedly massive primary firing arc firepower.

even in this early state it is 100% better then the Mandator IV ever could be!

At last, we get to see what the Mandator III looks like.

After years of waiting, it has begun.

So from what I remember this would be a successor of the Mandator 2 using what they’ve learned from the Bellator right?

I thought Bellator and M3 were contemporary or close projects but in different directions. Bellator would be an attemtpt to make a fast combatant by trimming down M2, while this boi here is a direct continuation of the brawler lineage. At least this is what makes sense to me if we are to assume that both were designed durng Empire’s reign (and I think they were).

There was an Executor named Brawl, if memory serves. Either way, there’s a certain divergence between roles of these two ships. M3 should come out on top more often than not but it designed first an foremost with peer opponent in mind, while Executor is tailored to the environment the Empire found itself in sometime after the CIS Holdouts were liquidated.
Specifically its the lack of opponent to go head to head but plenty smaller, nimbler targets, both from the Rebels and local power deemed insufficiently loyal (assuming the Home One is an absolute peak of what ARR could get their hand on). As such, Executor armament promarily consist of destroyer-sized weaponry (I imagine calibers 40 to 720 teratons though later Im not sure with and I have zero evidence to support any claim like this) with shields to match those kind of threats. Also, its fast, in the ballpark of its prey. Adding to this is massive fighter/ground forces complement to provide fighter support to the force its a part of, and forgoing the need to take transports for each inconviniently shielded rebel ground base one could come across.
There are sacrifices made to achive all of this. Executors are supposed to be relatively brittle for their size.
﻿None of those are better or worse imo, just conscious tradeoffs to achive specific goals.

Welp…there it is. The last item on my bucket list. It is glorious.

“I’ve been looking forward to this.”

Now that, ladies and gentlemen, is beautiful (and yes absolutely a sign of the end of days but hey it’s worth it).

On a more serious note, for those who’ve read through the entire ancient section of the StarDestroyer.net discussion thread, is this a revamp of an older Mandator(-esque) model or is it starting from scratch?

Could you make the Mandator I’s and II’s?

FFS, it took forever for him to decide to do this one.

Isn’t “Fractalsponge does the Mandator” one of the Seven Signs of the Apocalypse?

When he does the venator is the final sign.

Right, so you were saying?