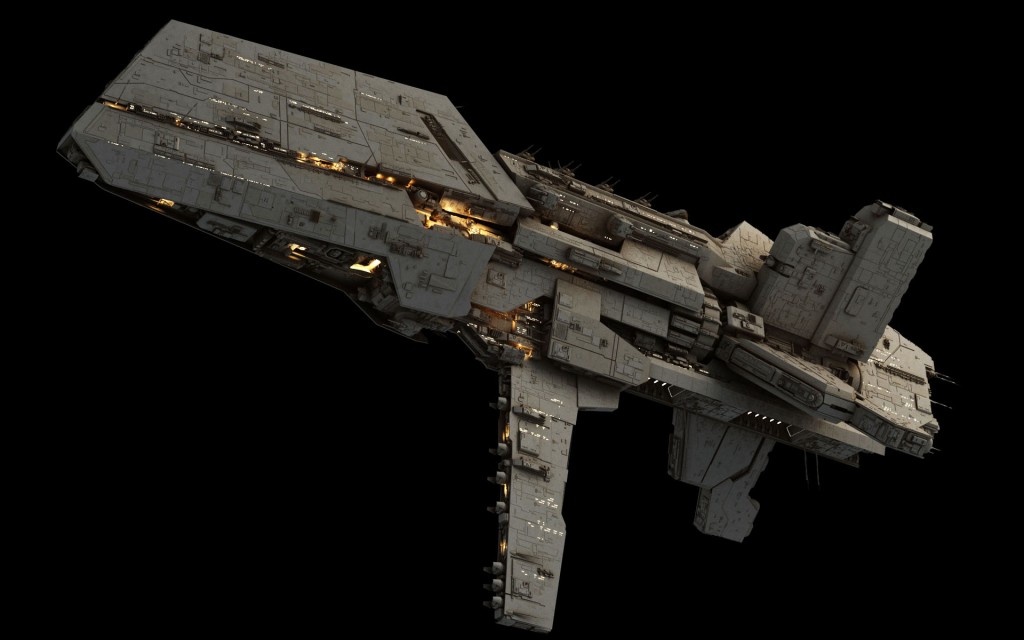 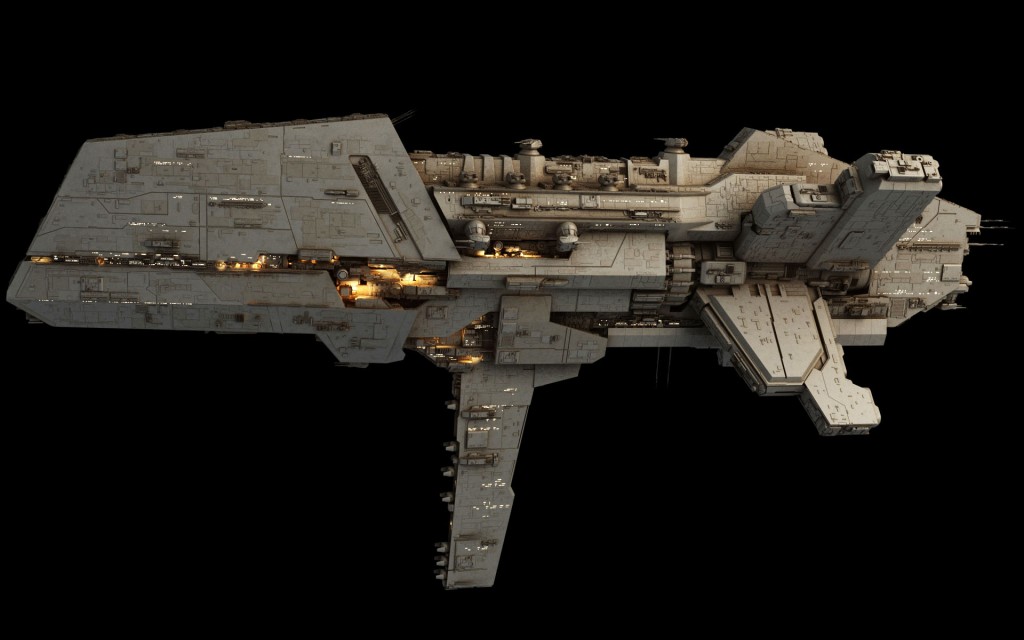 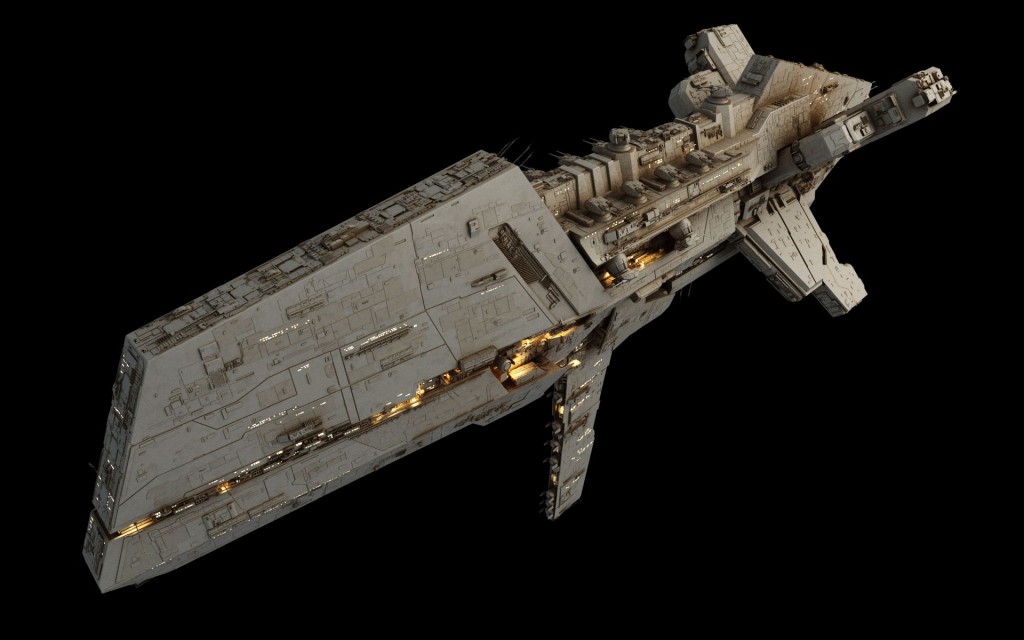 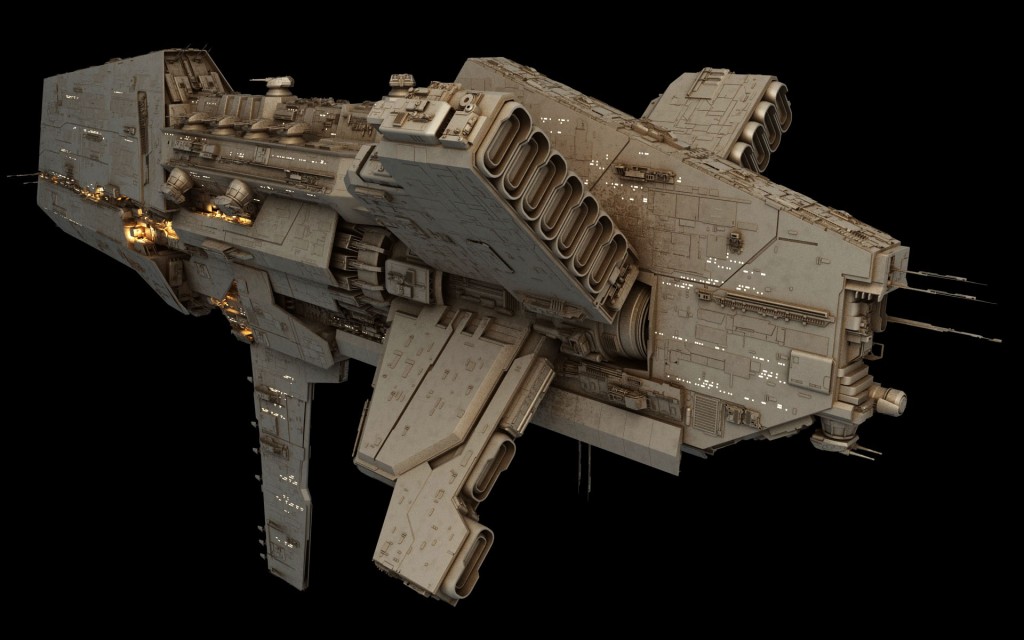 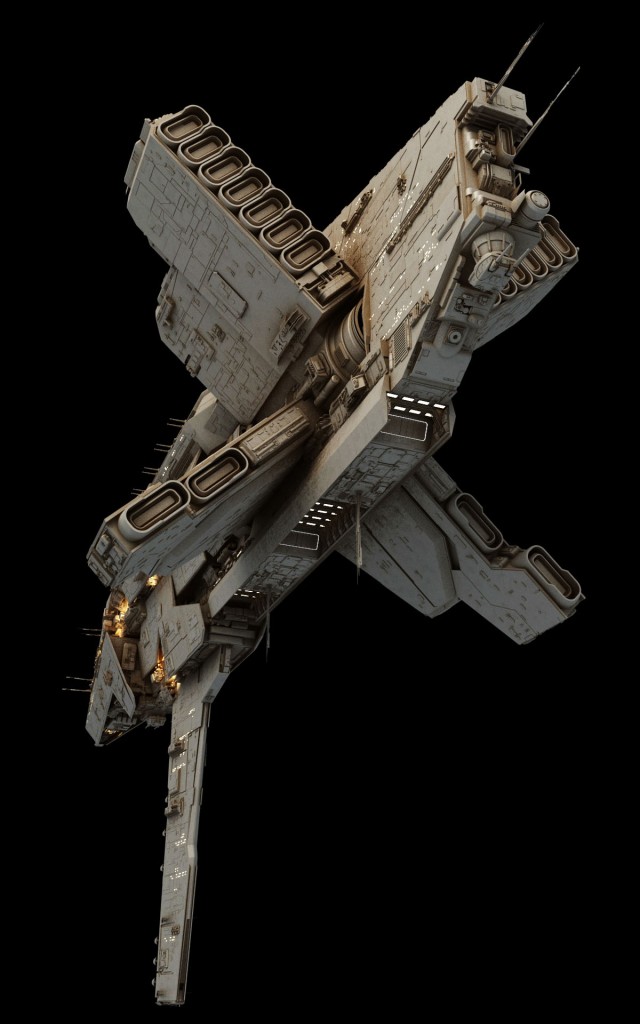 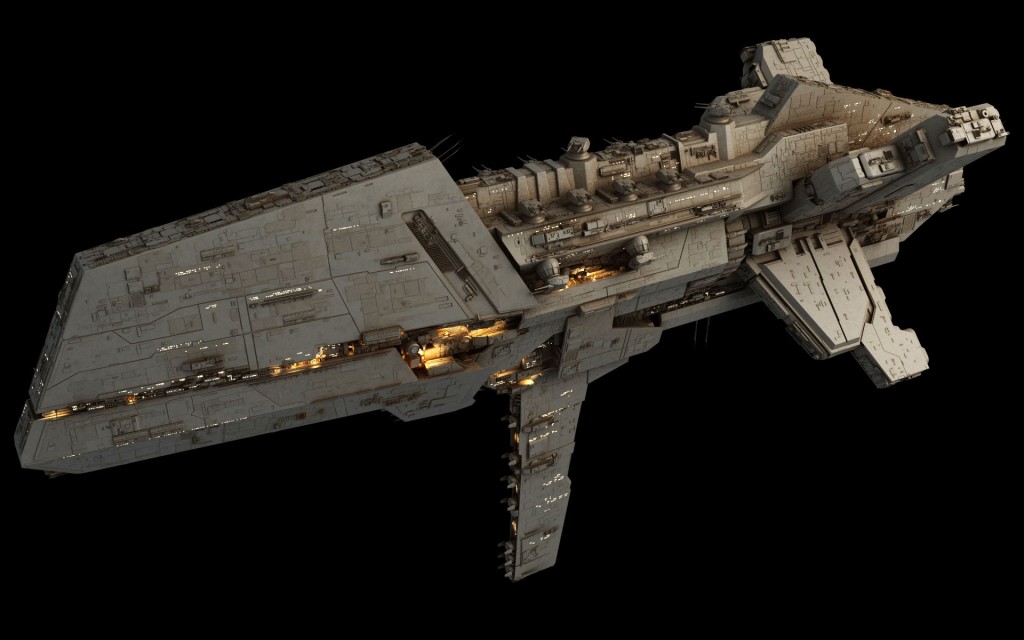 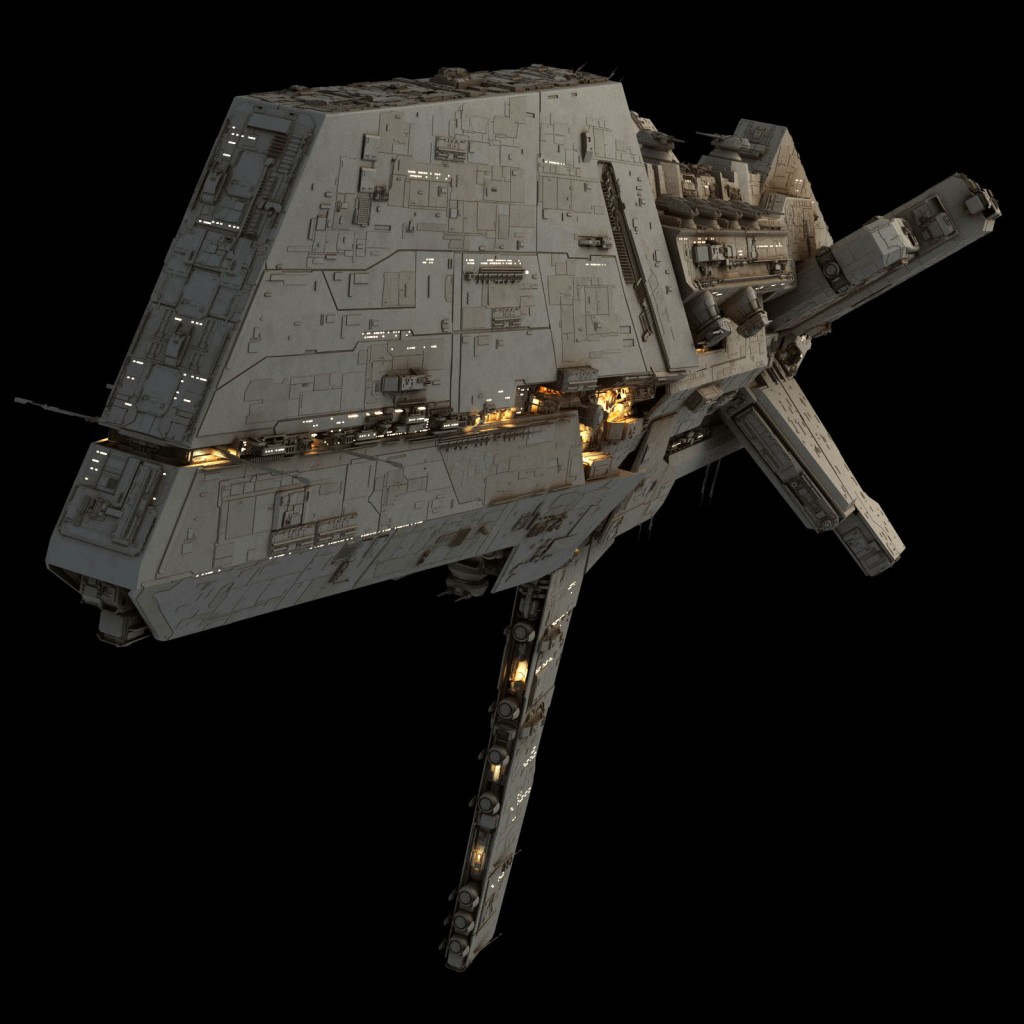 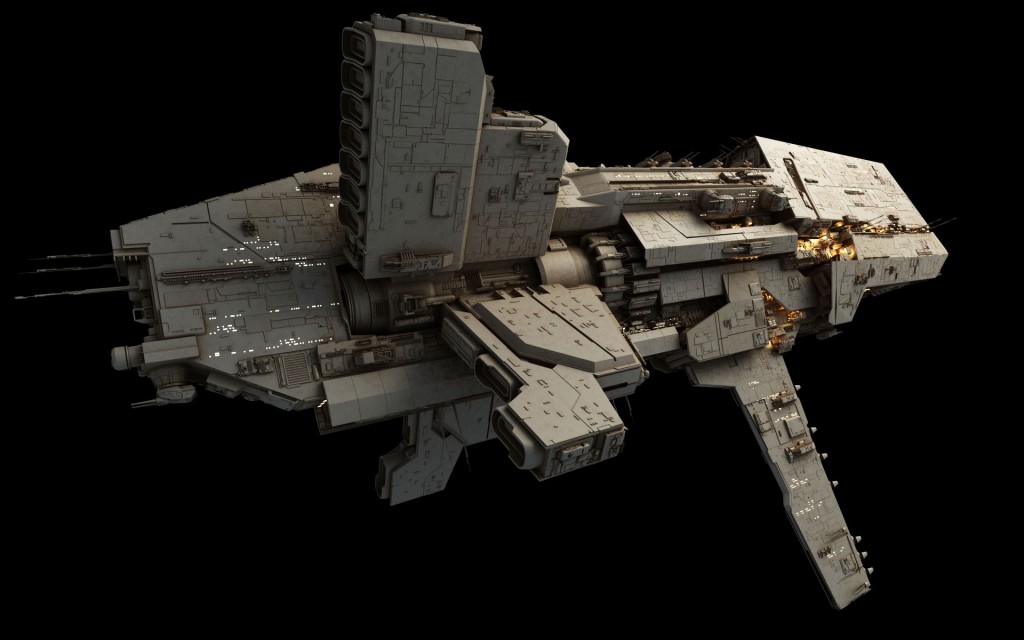 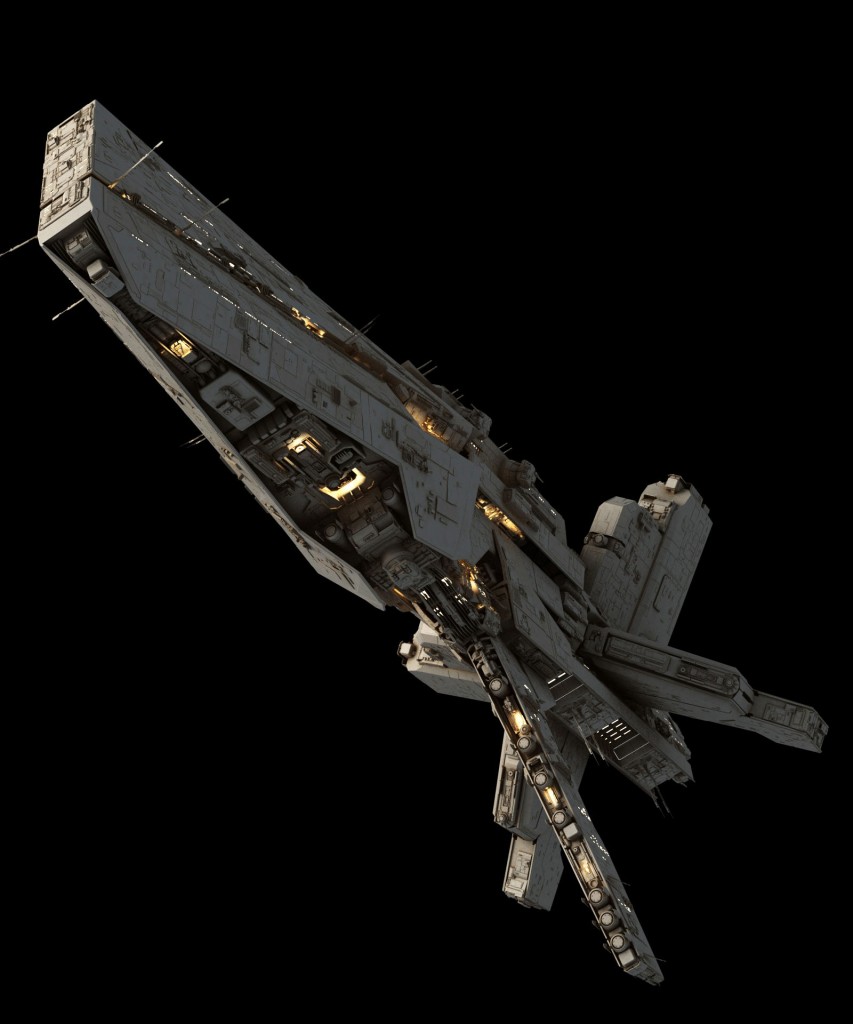 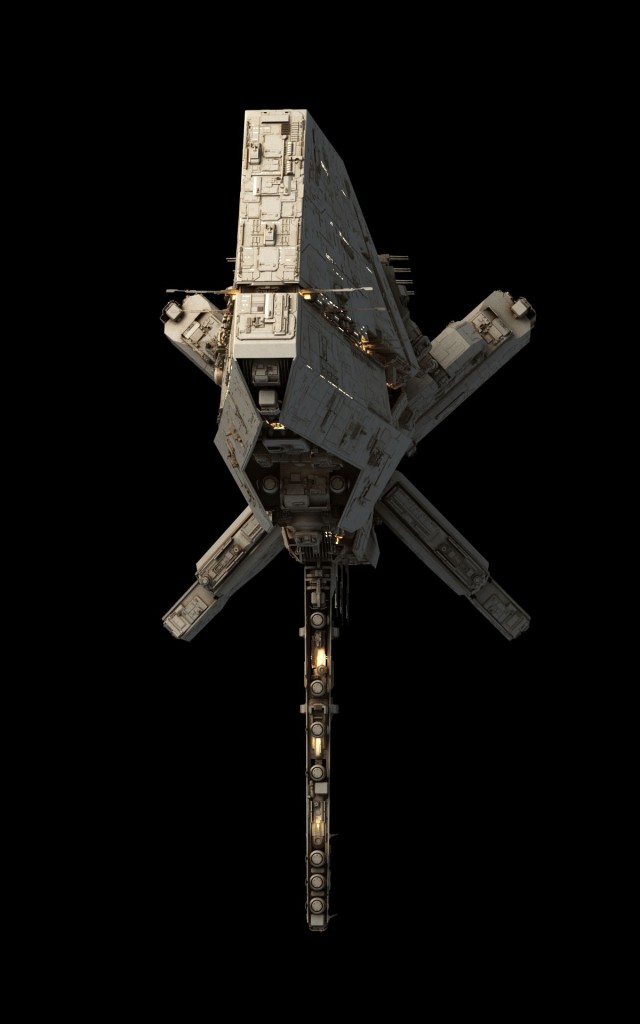 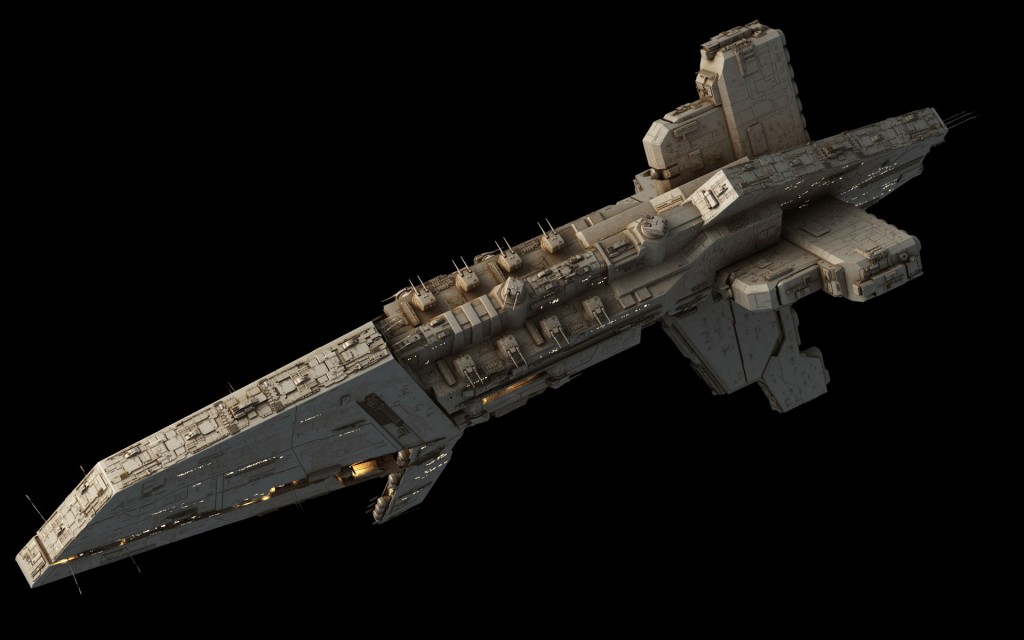 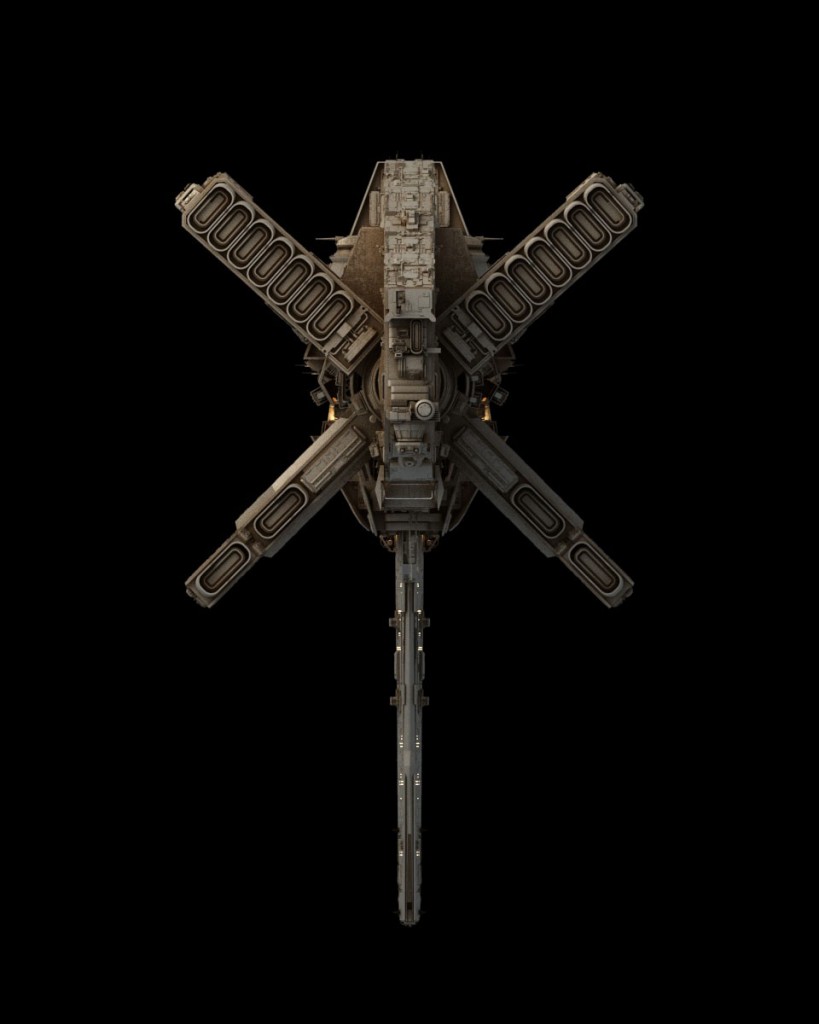 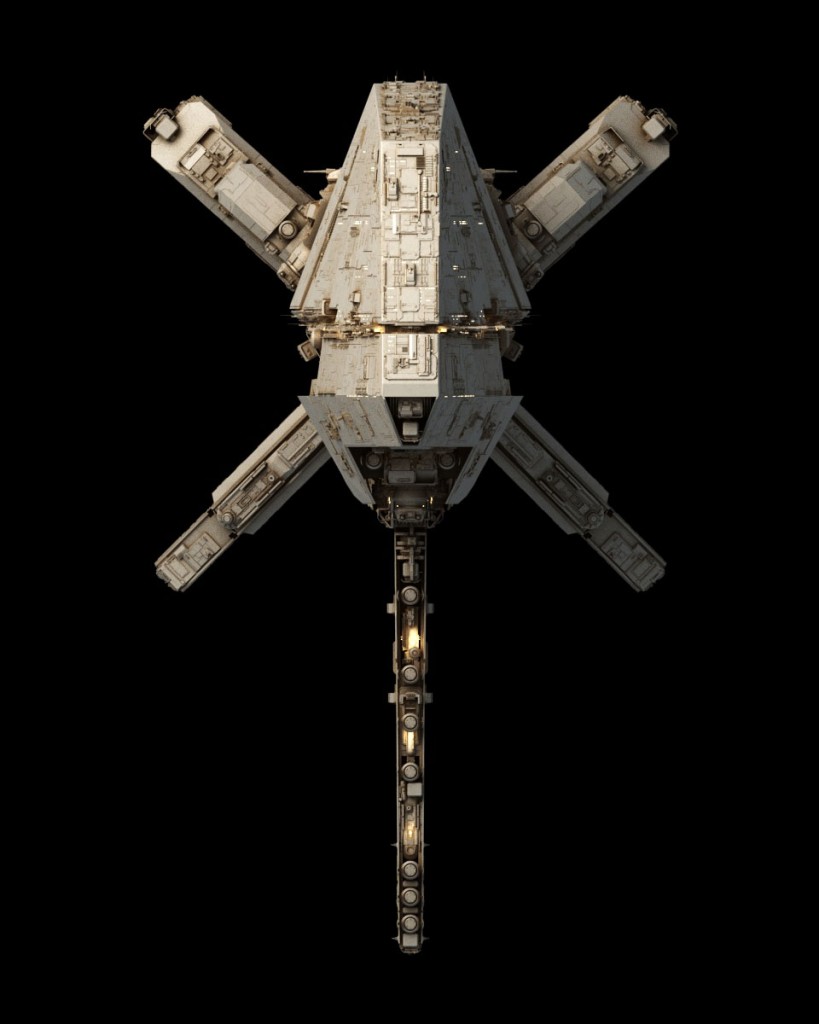 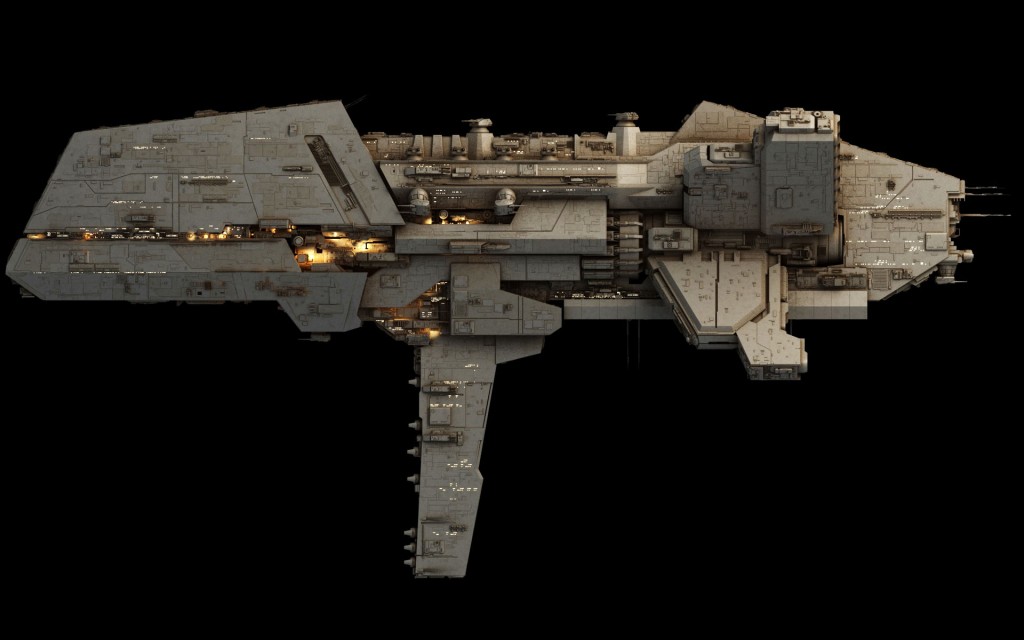 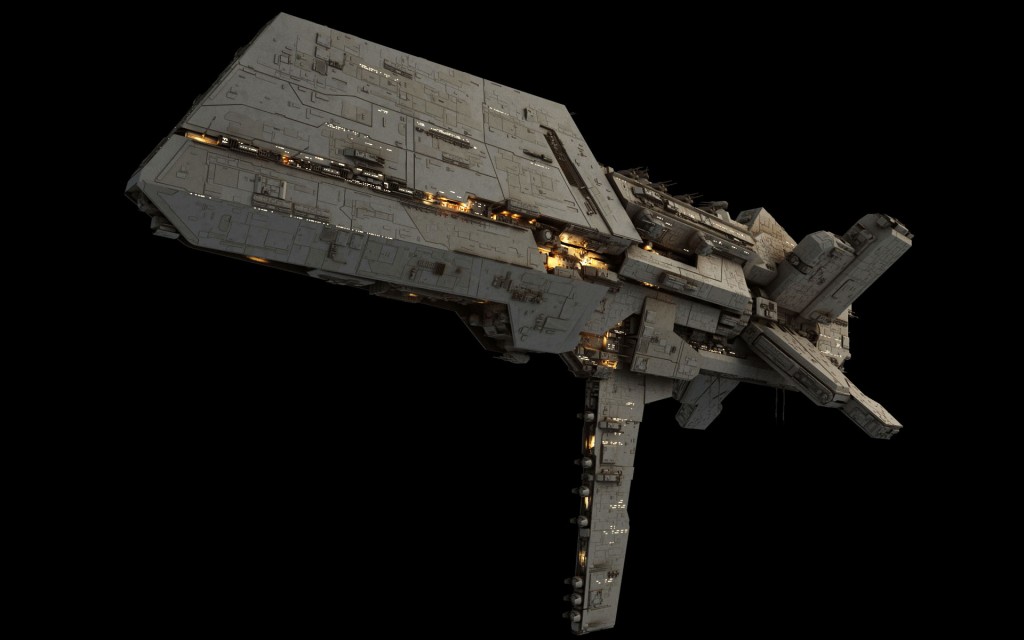 This is in the running for my favorite ship in Star Wars besides the Providence-class, the Arc Hammer, and the Keldabe Battleship.

There are too few weapons for a ship of this size. Plus the heavier turrets in the middle are limited to fire almost in front of them. And they are grouped in such a way, that after the shield is gone a single hit could destroy at least two turrets. The upper turrets can not shoor right forward or backward for it will hit the ships structure itself. It was supposedly a heavy armored weapon platform and I can not count even 20 guns.

Suggestion: lines of turret at the leght of the entire hull at enough distance between them for not being destroyed fast even without shields. Heavy batteries at the front and at the back of the ship with two rows of turbolasers upper and downside the hull for better range and MANY rows of smaller weapons between them. Preferably quad lasers. Just like the ancient sea galleons – several decks full with cannons, not just one here and two there.

It was a heavy armoured platform for it’s time, that being the Mandalorian Wars in 3964 BBY. Ships back then didn’t have as good energy management, as well as technology such as targeting computers, energy systems, etc. being a fair bit bigger. It’s why the Pellaeon class in legends has as much firepower as an Imperial class , despite being smaller.

Hope we can see a 4K version of this beauty one day.

Look closely and you will see a dewback.

What are these twins turbolasers power in teratons?

Magnificent – FAR better than the drawings in the old rep source book. This kind of tactically viable cross section is far too rare – your doing a brilliant job sir, please don’t stop!

I would love to see this 3D printed and painted.

Ooh, ventral shots with a look at this thing’s fairly well-placed launch bays. As for said questions: (1) yep, Mando Wars era; (2) roughly 1.36 km; and (3) since most of this thing’s appearances were in Dark Horse Comics’ KOTOR run, that would make it a Legends (aka *formerly* official) tidbit until/unless a newer creative team incorporates it somewhere.

I have three questons: 1.What era is this? I mean, I guess it’s like Mandalorian wars or something, but I’m not sure…
2.What’s the actual size of the thing? The class ‘dreadnought’ changed in size limits with time
3.Is this Canon?

Just think. These vessels were once the scourge of the galaxy! A design that influenced capital building for millennia!

Doesn’t look like it has any forward firing guns, which is odd since the X-Shaped layout in the back easily lends itself to guns that can fire in plenty of directions.

I see three forward-firing turrets (not to mention the entire array of missile launchers).

Can’t say I’m a huge fan of the Projecting Arsenal Beard(R) as seen on this brute & those Scythe-class ‘cruisers’ from the Legacy comics, but at least it makes passable sense to pack most of your volatile capital-grade missiles onto an extrusion that won’t gut the whole ship if an unlucky hit cooks ’em off. Plus, that X-shaped engine layout lends the Kandosii a rather more interesting frontal profile than most Rebellion-era ships of similar layout (including, well, WEG’s Dreadnaughts).