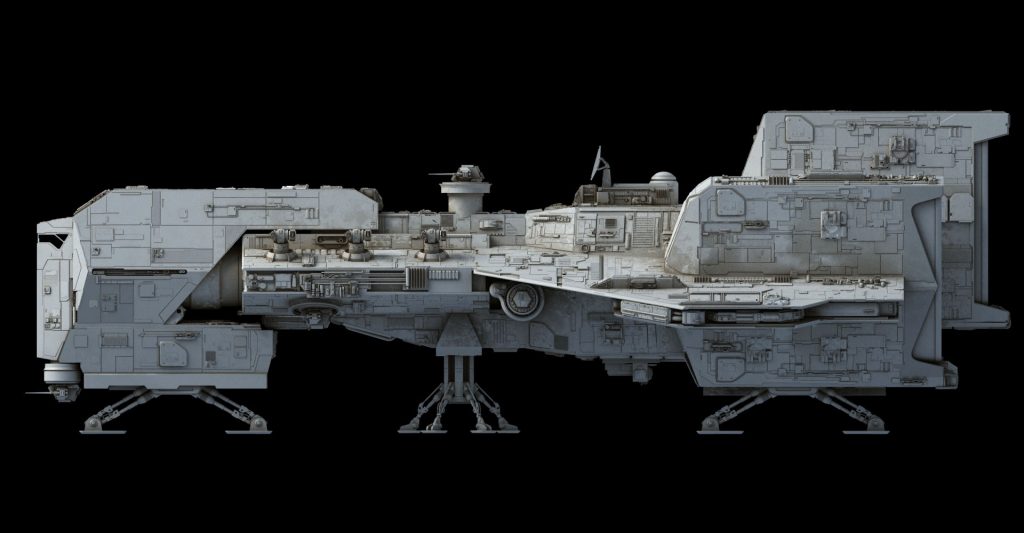 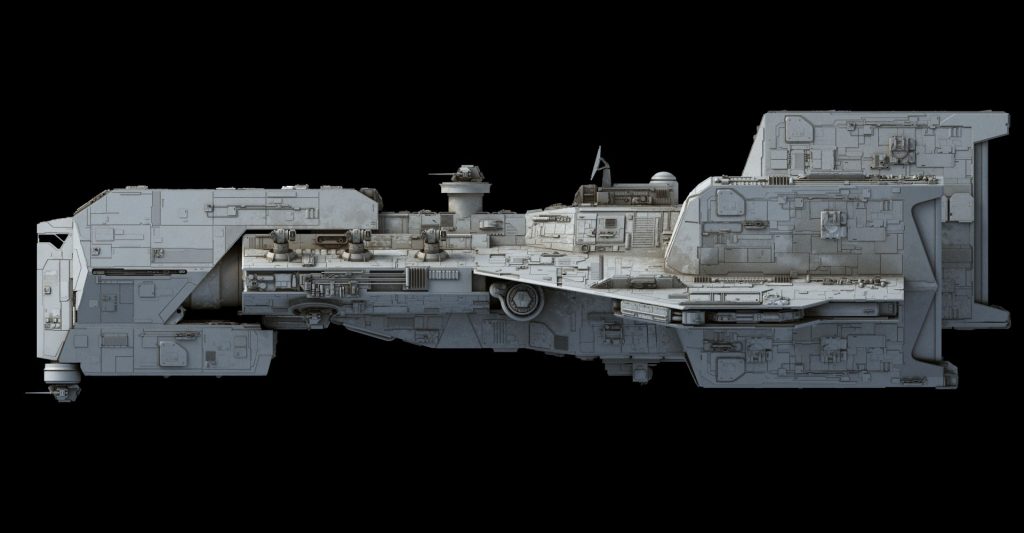 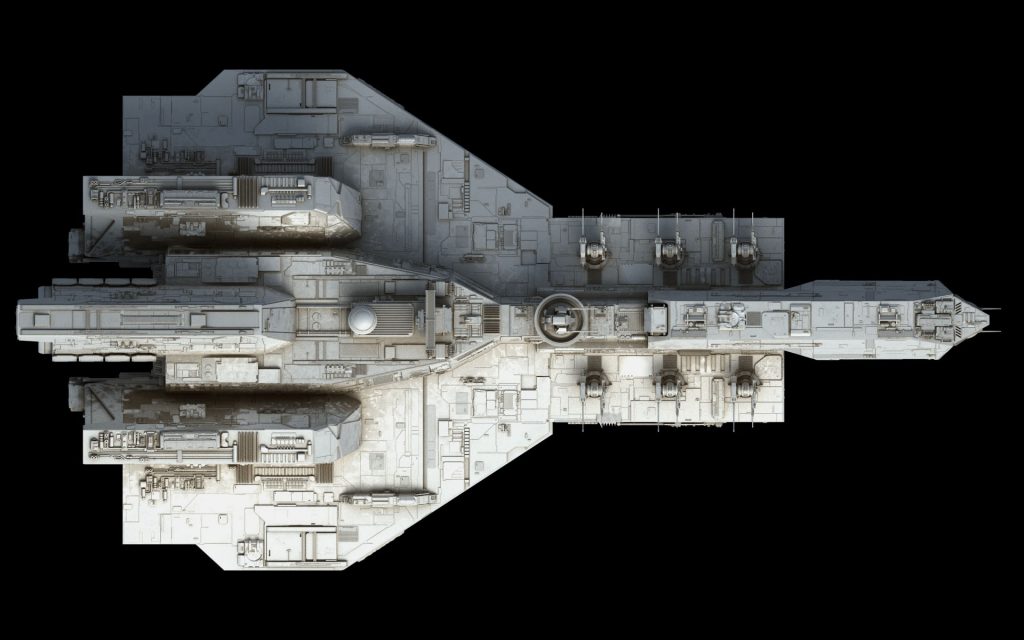 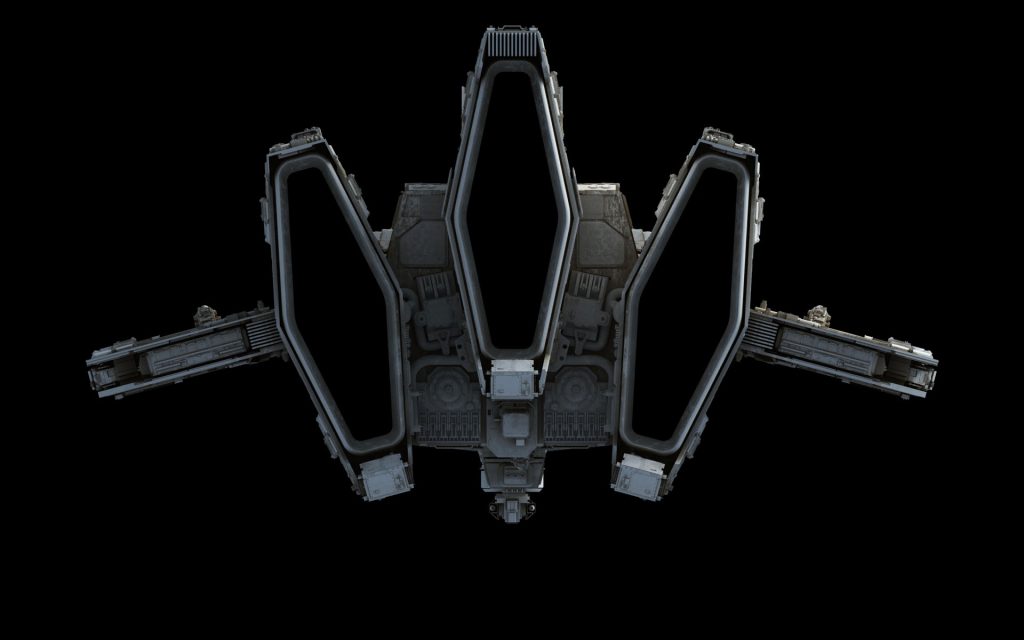 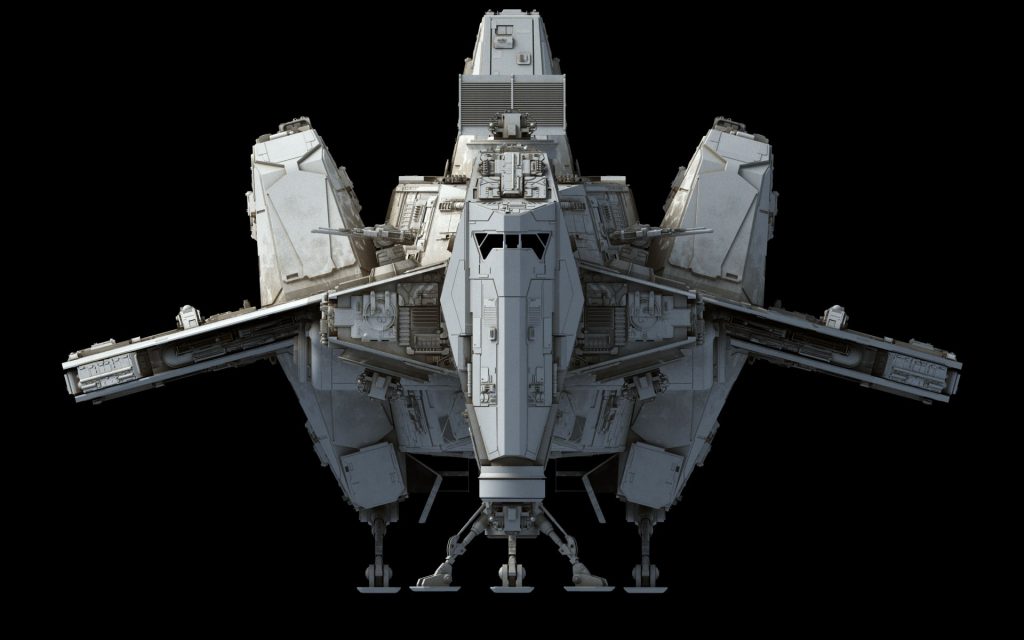 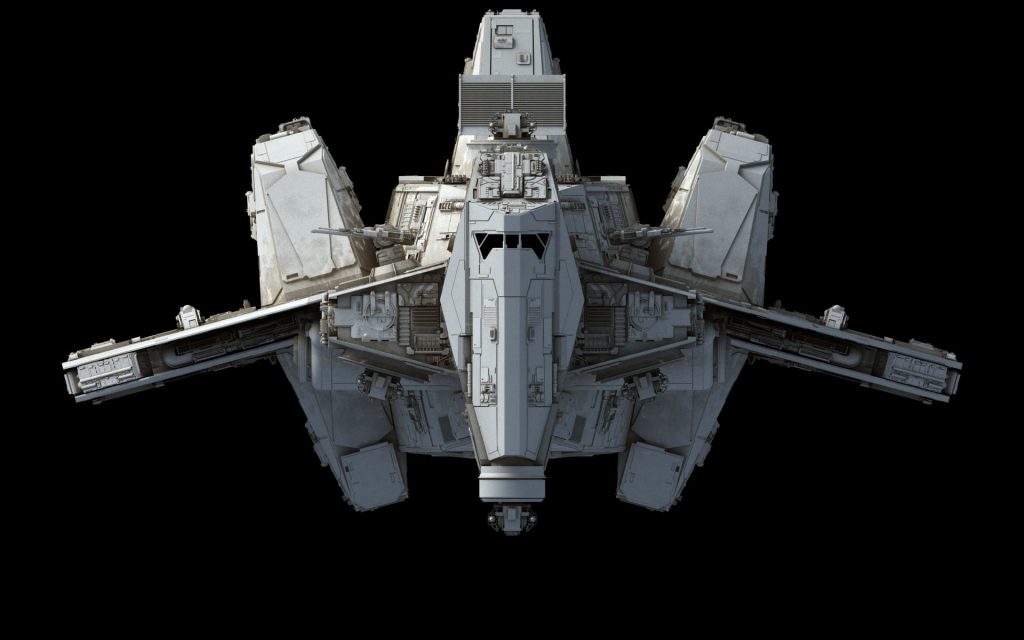 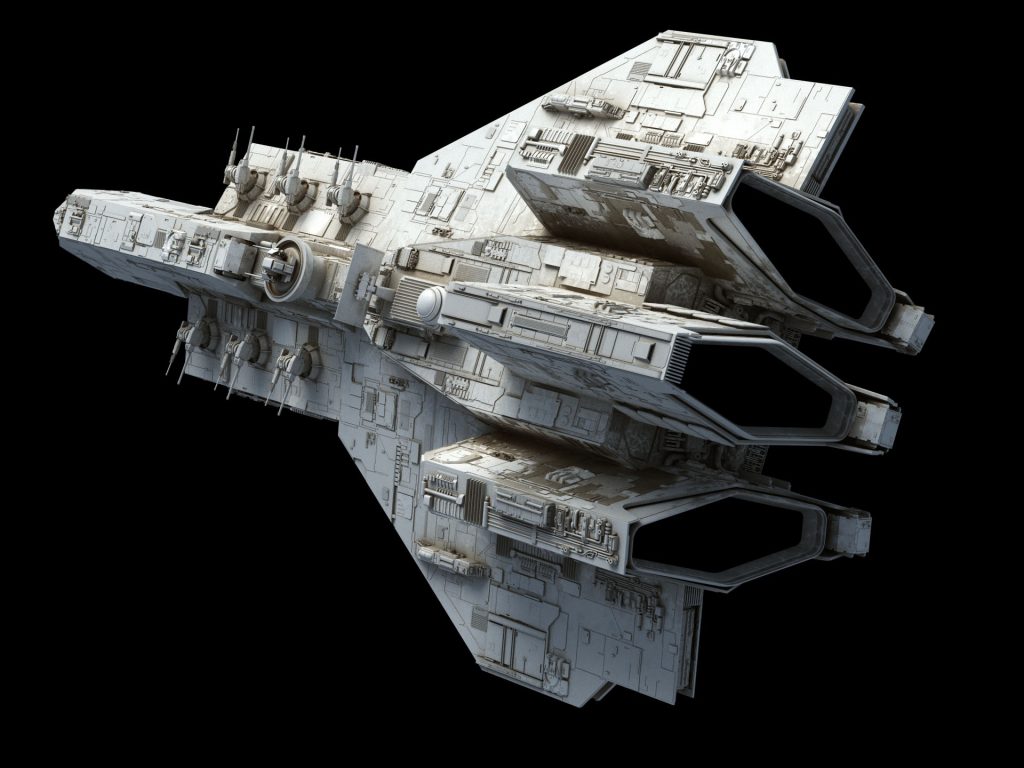 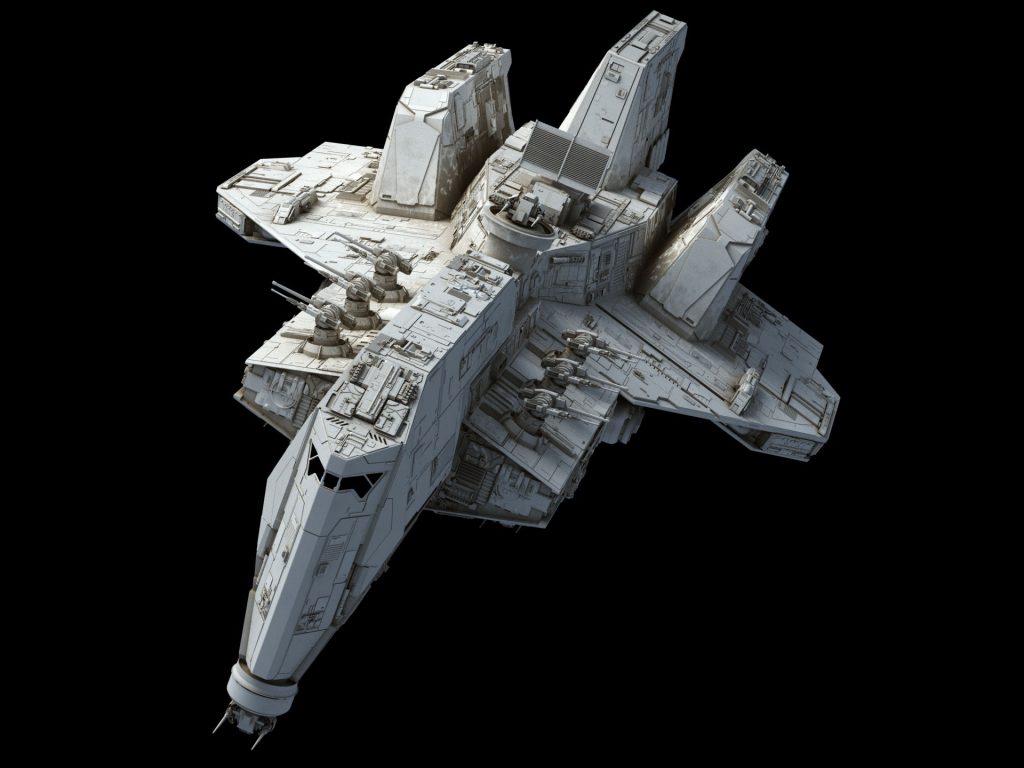 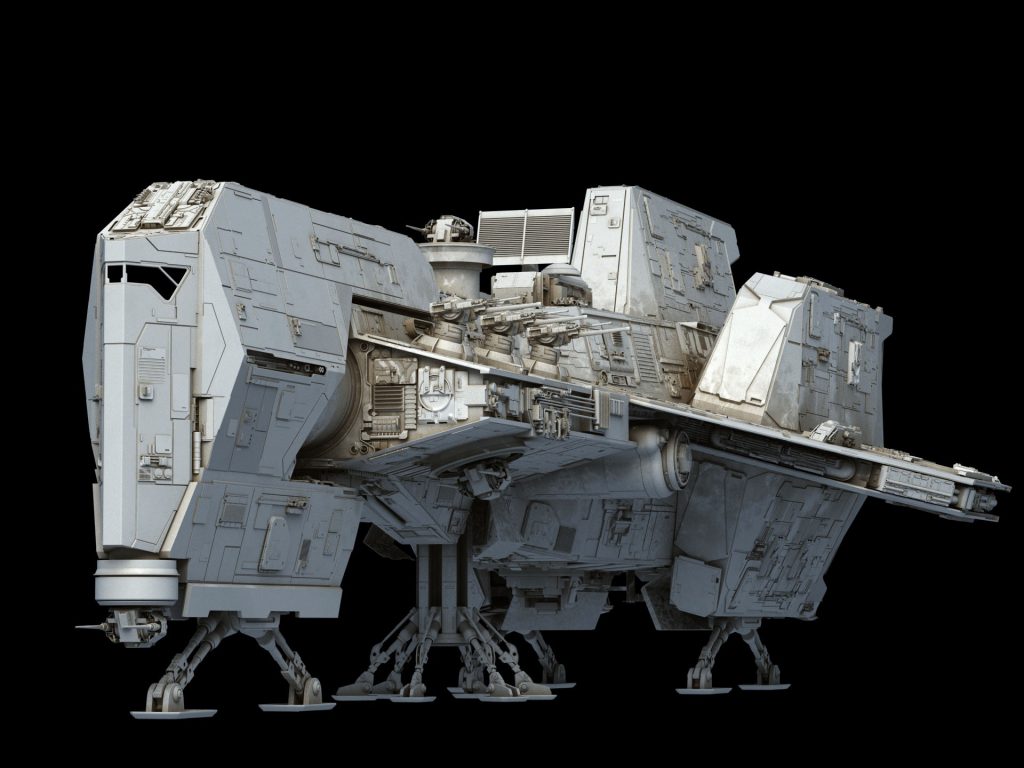 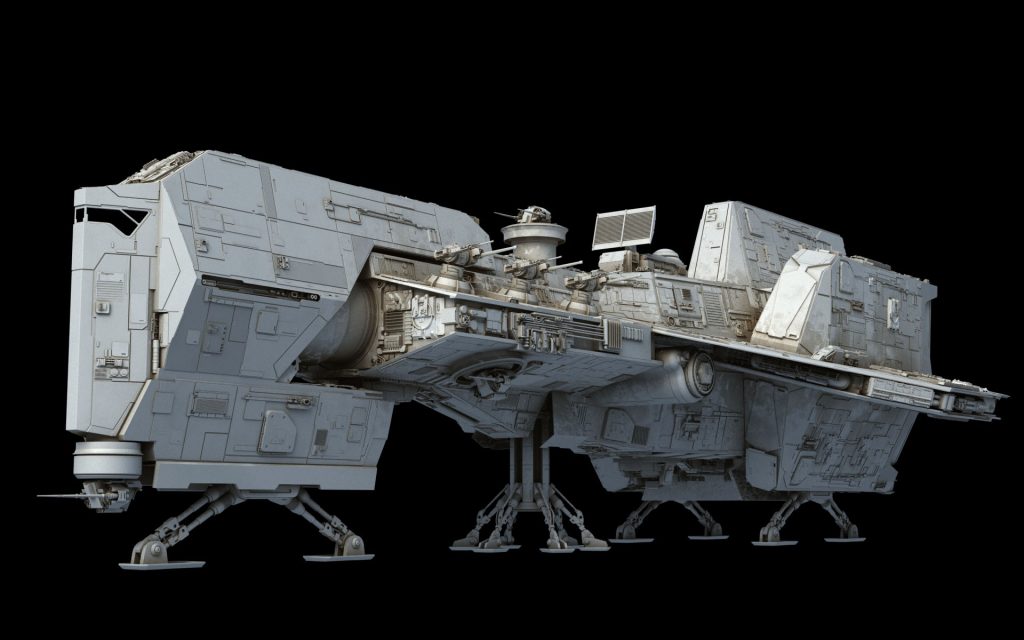 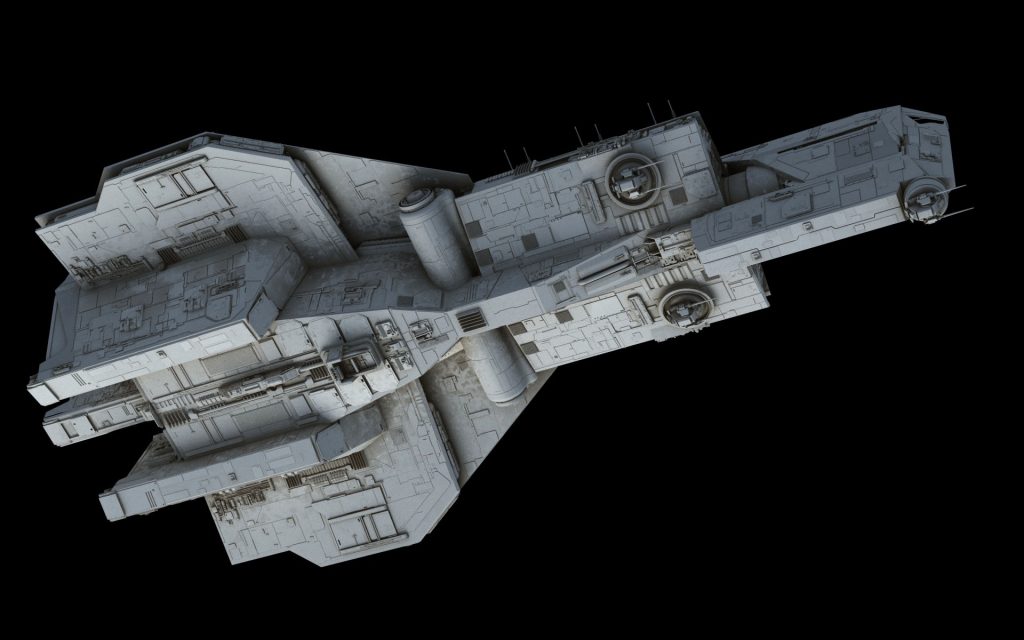 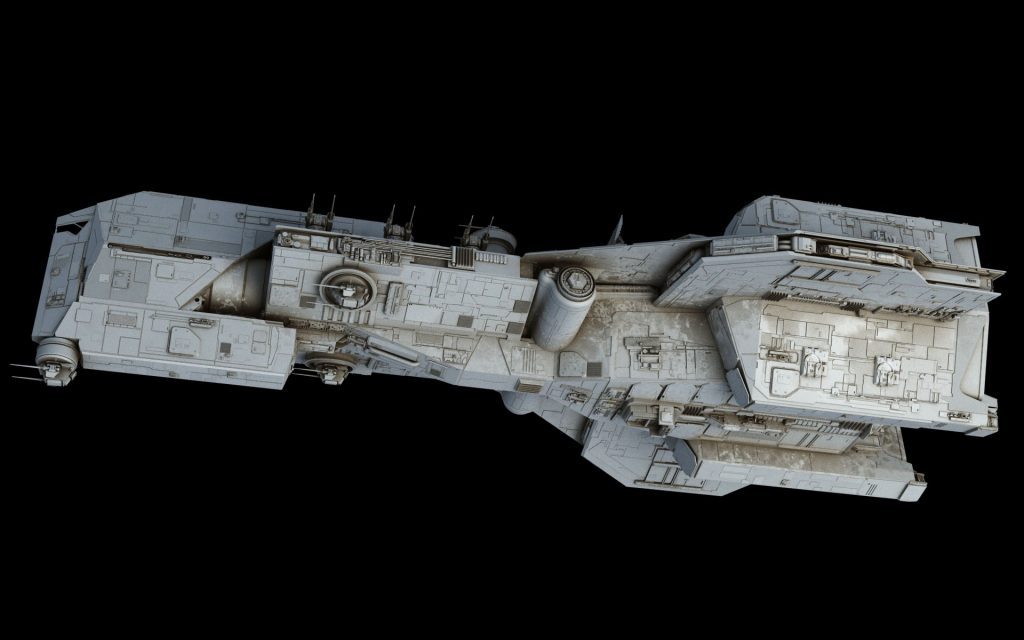 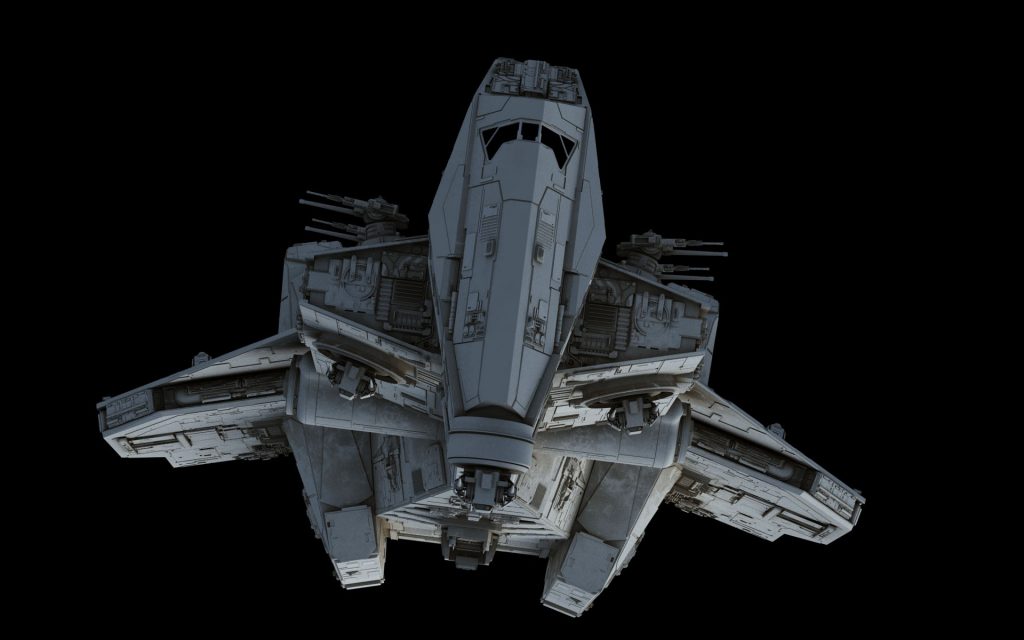 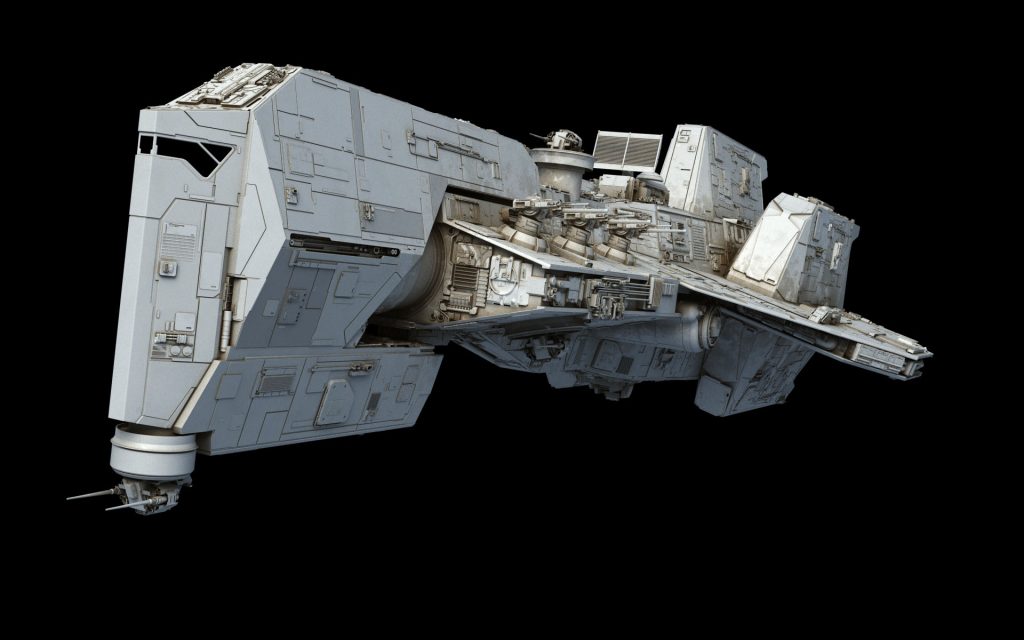 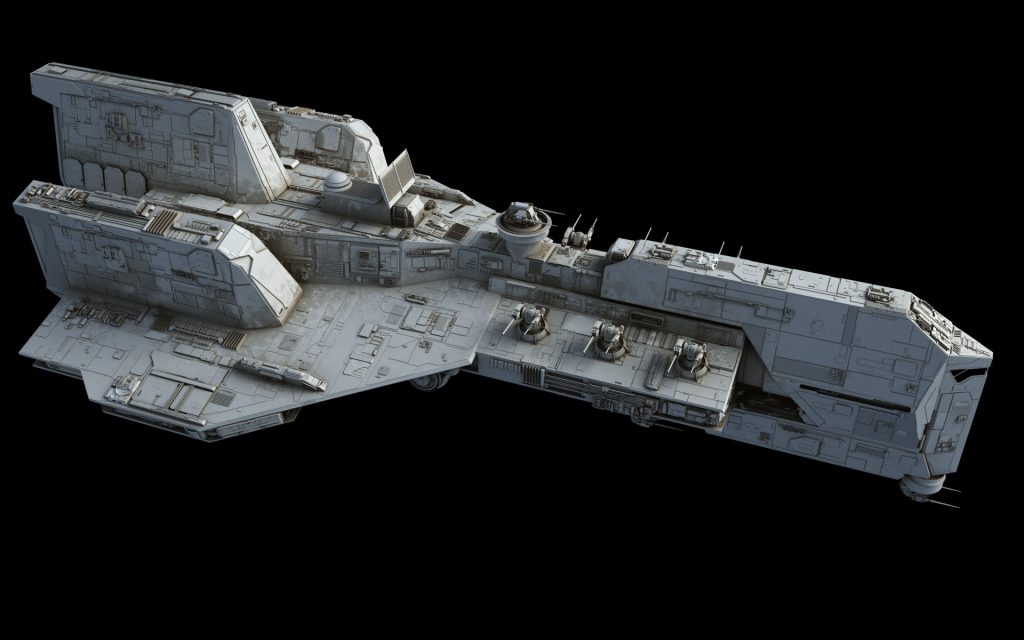 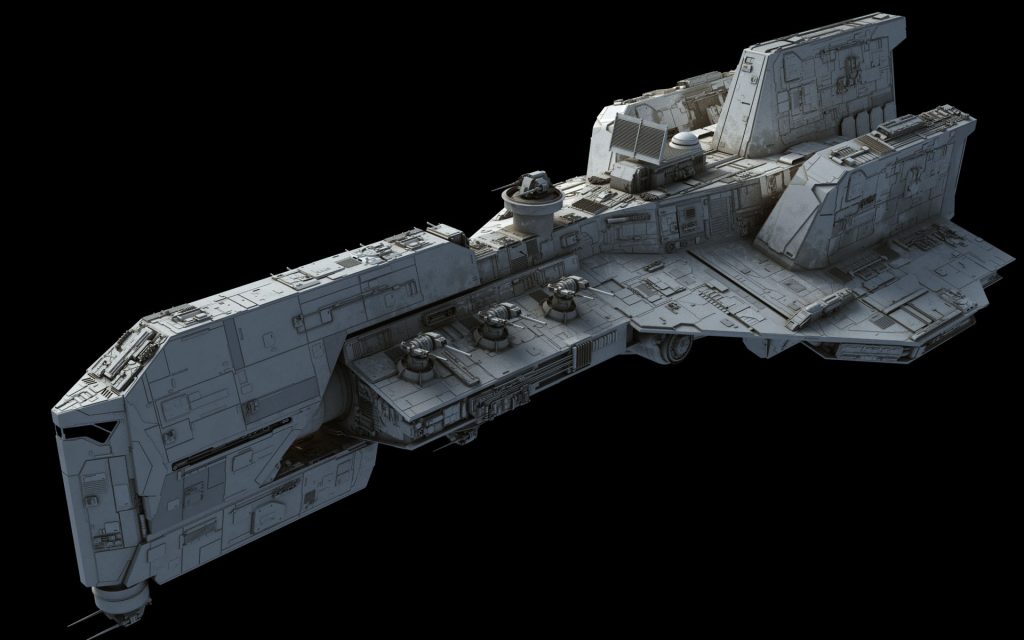 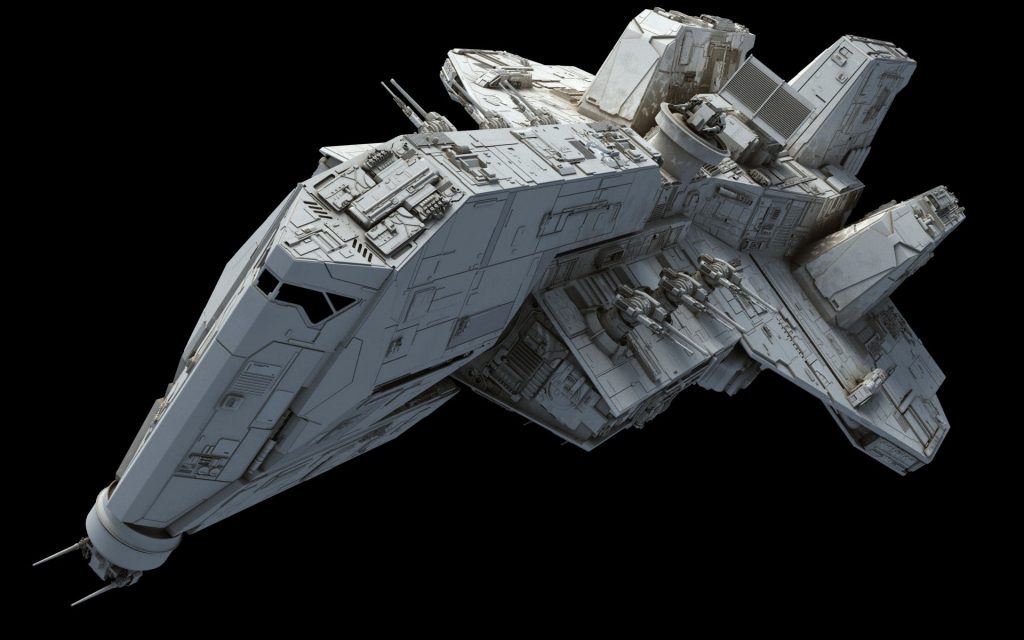 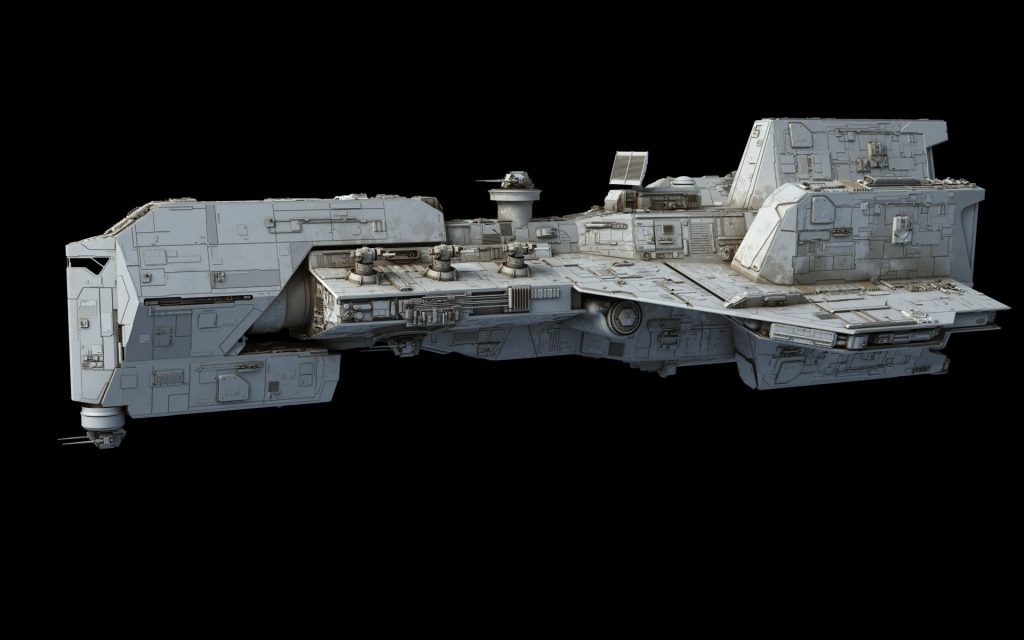 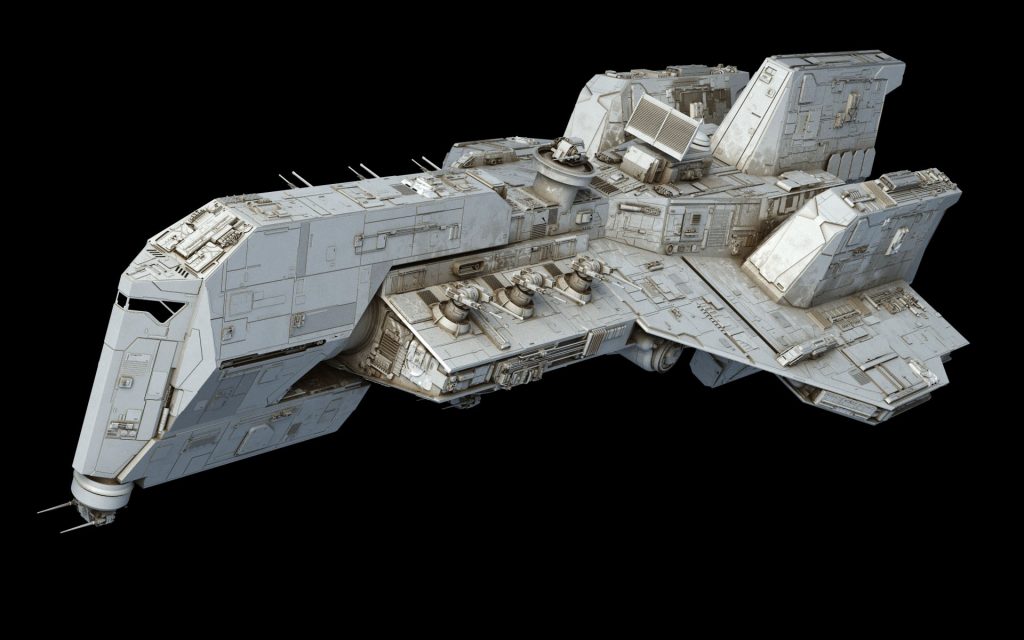 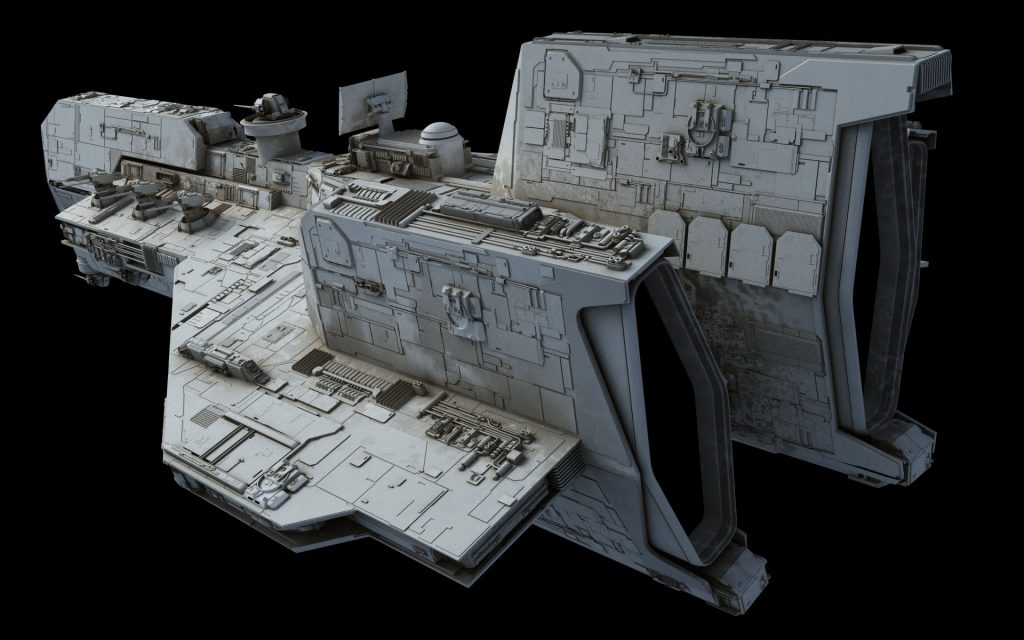 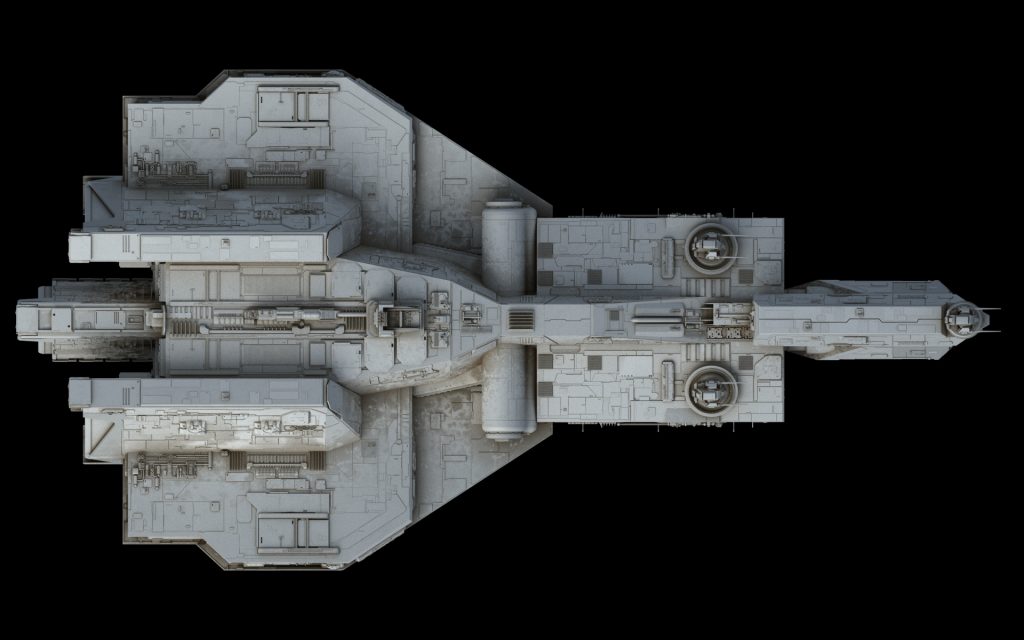 are that pics copyrightfree? they are amazing

As I understand it, you can not use Fractal’s images for commercial purposes without express permission. You can download them and use them for things like creating wallpapers, screensavers as long as he is given credit/acknowledgement. 🙂

Just curious if you have ever created a physical model from these files (either 3D printed or otherwise.) I am seriously considering a winter project to physically build this model. Ideally I would 3D print it in sections and assemble it. With a backup plan of just scratch building it. Have you built or assisted anyone else in building this or does it only exist for you virtually. Regardless its amazing work and I appreciate the detail you put into it.

would love a model of this too

I have been racking my brain…..How do you get into this thing on the ground????

Well there’s various options, one could be that these ships are meant to land on special landing fields that have extendable docking rings that connect to the Crusader’s own docking rings. Another is that it has some sort of elevator system somewhere, possibly on the central landing gear thingy…

Of course you also have the Star Wars Explanation™ which is that since mandalorians built it, and mandalorians use jet packs, they just fly up to the docking ring to enter, and vice versa.

What Cdr. Rajh said–think dedicated space port/gantries. The Imperial Custom Corvette is detailed out in the same vein. Lots of temporary or ad-hoc solutions for on the cheap–skiffs, repulsorlifts, modified terrain, etc.

This is honesty one of my favorite corvettes, and I must say mandalorian capital ships are often pleasingly geometrical in their combination of flat surfaces and triangular shapes

Stunning..also would love the stl files for this…

I’d love to see a 4k release of this guy. Excellent ship.

It does cry out for some nice hot-blue drive glow, though.

If there were just laser cannons on the aft winglets, this Corvette would be next to flawless

Superb JOB! I wonder how you do this old materials 🙂 Also ii would be great to know hom pany polygons each ship has 🙂 If you’ll provide a wireframe it would be very informative not only from the design standpoint but also for the modelers there 🙂

Favorite corvette in all of Star Wars! Only complaint I’ve ever had about it is it has no rear covering turrets!

I’ve always wanted to see one with the central engine removed and a small hangar in its place, like a Mandalorian version on the FarStar!

I agree with you, this is my top favorite one as well!!! That would be a slower version if it had a small hanger in the rear. Would be interesting to test.

That is seriously beautiful! Well thought out too…

If I may ask, what program do you use for modeling?

Hello beautiful work.
it is possible to get the 3d file.
best regards

Someone needs to start 3D printing this!

Mels miniatures prints almost every ship from star wars for armada, this is one of them, they do a lot of legends and canon ships.

Can’t wait to see what you can do with other Zann Consortium ships!
Ground vehicles, too!

I agree. I do want to see the Keldabe class battleship, that would look interesting, even with a more accurate weaponry added to it.

Oh, and does the forward section of the ship separate from the rest of the body?

Okay, so I count four twin light turbolaser emplacements in turrets — one mounted under the chin, one mounted dorsal (forward of the communications array), and two mounted ventrally (one each on the port and starboard “wings”).

But what the Hells are those emplacements on the dorsal side of the port and starboard wings? They look to me like a light turbolaser barrel on one side, but there’s additional stuff at the base of the barrel — perhaps additional cooling or recoil compensators, so that maybe they could be fired more frequently? And then what is the other weapon in those emplacements? It looks to me like it might be a medium or perhaps even a heavy turbolaser, but again it appears to have additional stuff around the base, which might be cooling or recoil compensation?

There aren’t any “heavy” turbolasers, in the sense of an ISD main gun – ships this size don’t have the power generation for it. The twins are light turbolasers. The flank batteries have a single light turbolaser paired with a heavy laser cannon – these are point-defense type mountings.

The front half is not designed to detach, but that is a potential point of modularity – the tube just connects the crew areas forward with the engineering section with main machinery and engines.

Stunning as usual!! How are you achieving the dirt/grunge . . . via a cavity map? Thanks.

I would also like to know how you are doing the dirt.