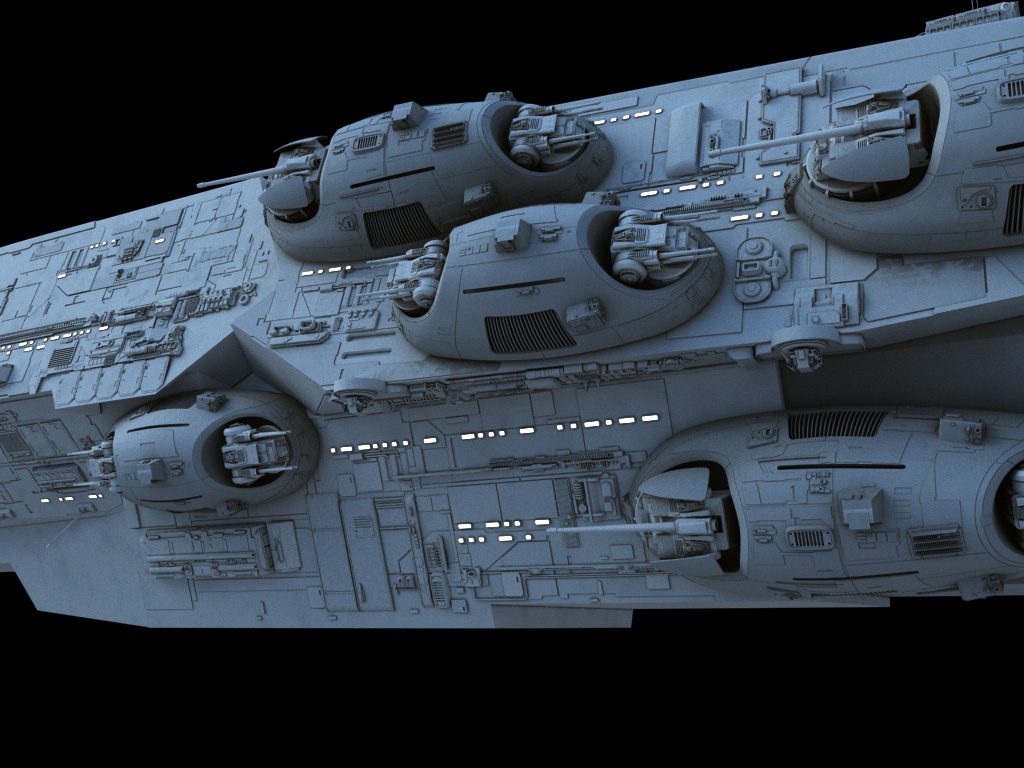 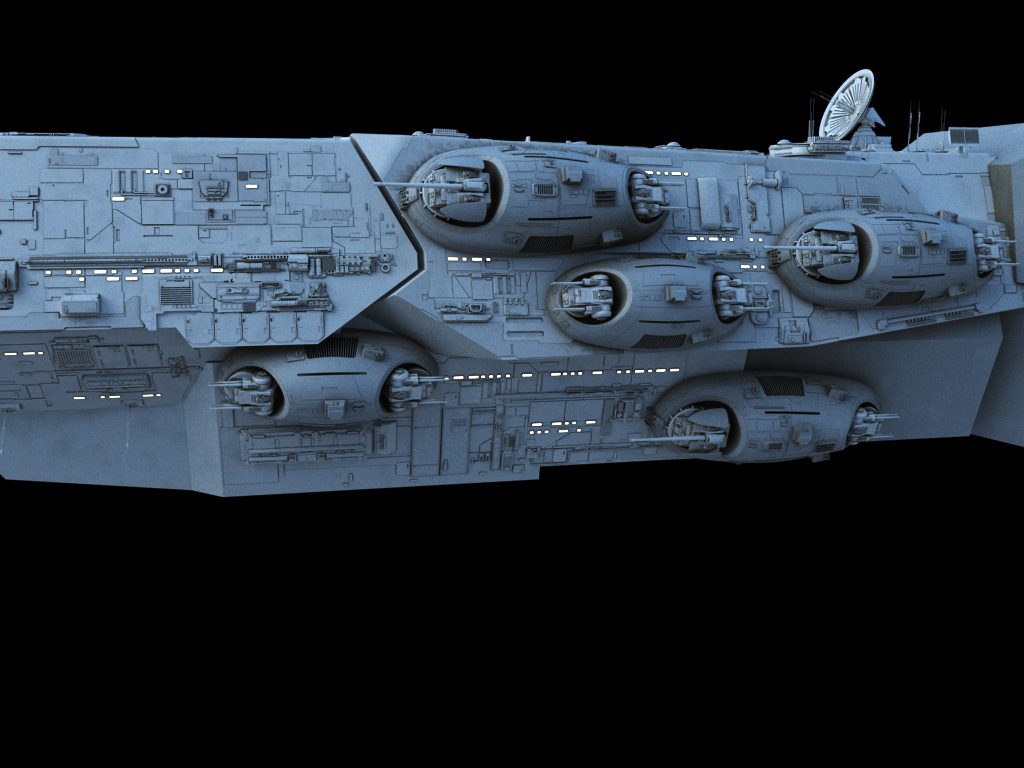 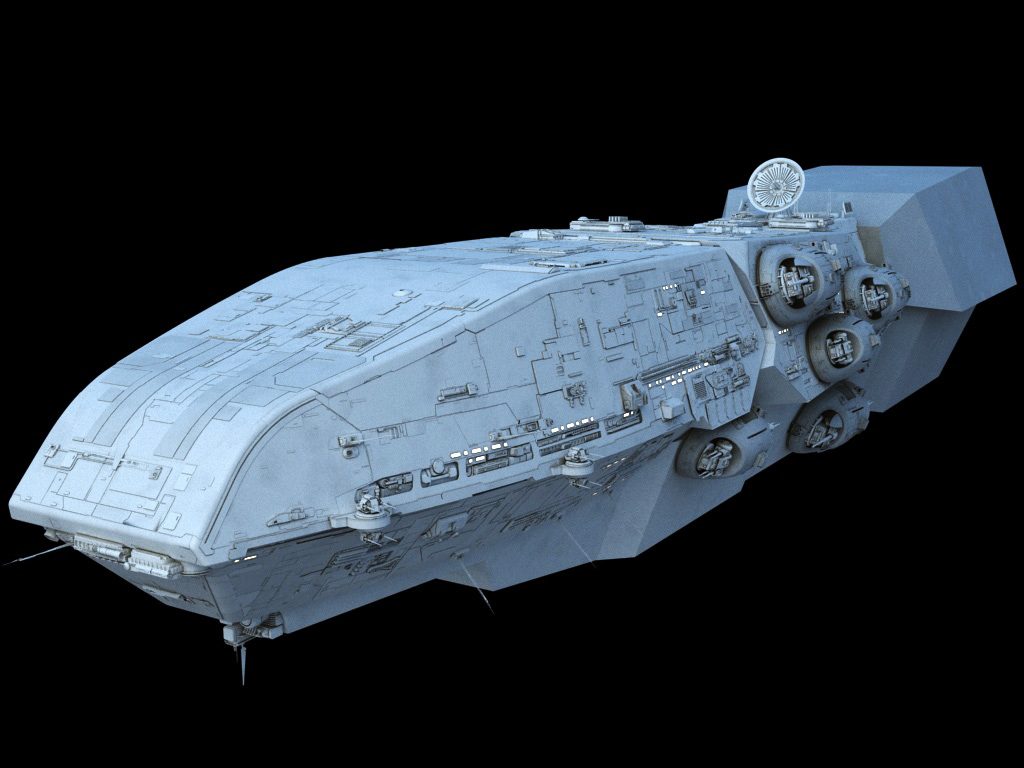 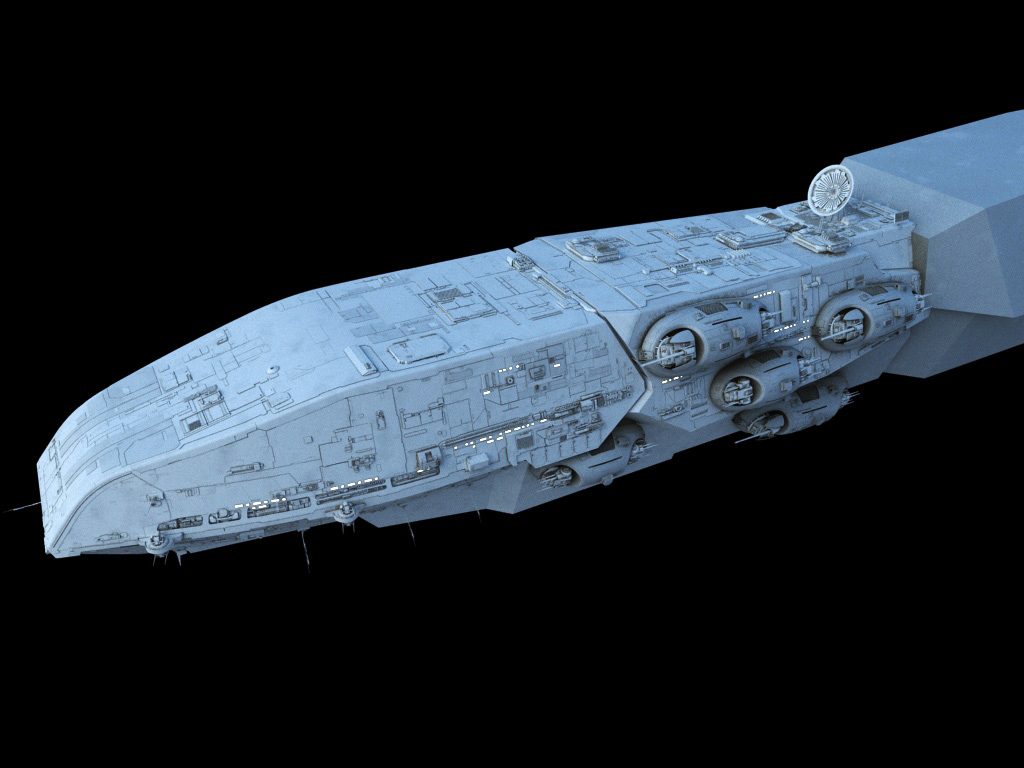 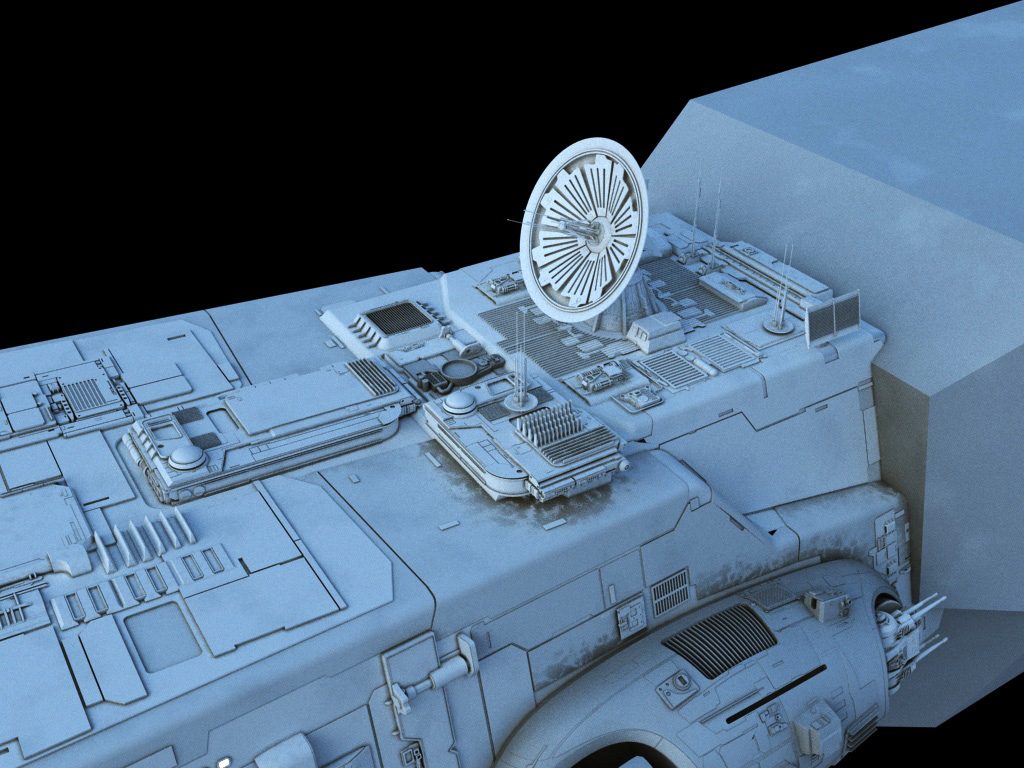 In addition to galactic governments and organizations, local forces also used these ships, as they constituted a cheaper and more easily accessible alternative to the large warships exclusive to the rich and heavily industrialized sectors. Dreadnaughts saw extensive use in the Imperial Navy due to their abundance. Battle squadrons assigned to unimportant systems were often assigned a

Isn’t this ship a little small to be a “Dreadnaught” ?
IMO a Dreadnaught -Class should be lager than a Destroyer-Class xD
still it’s an awesome work.

You mirrored those smaller doubles near the bow. 👍 For some reason I see some cargo loading doors or something not a hangar, but clearly more mundane in function along those lower unfinished portions. Looks great.

Ooh, nice frame of reference between the quad mediums and this slab’s point-defence turrets. Hope the tangent discussions on that last WIP post weren’t too annoying.

Oh…thank the maker…I’ve been going thru withdrawal for the past few days.