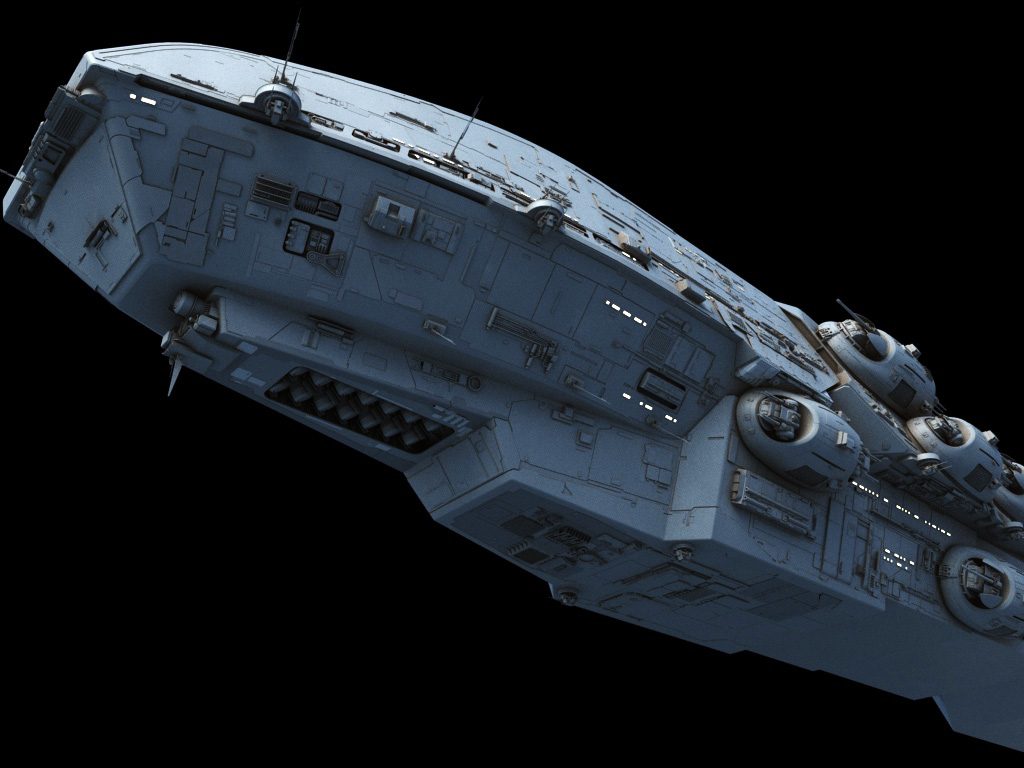 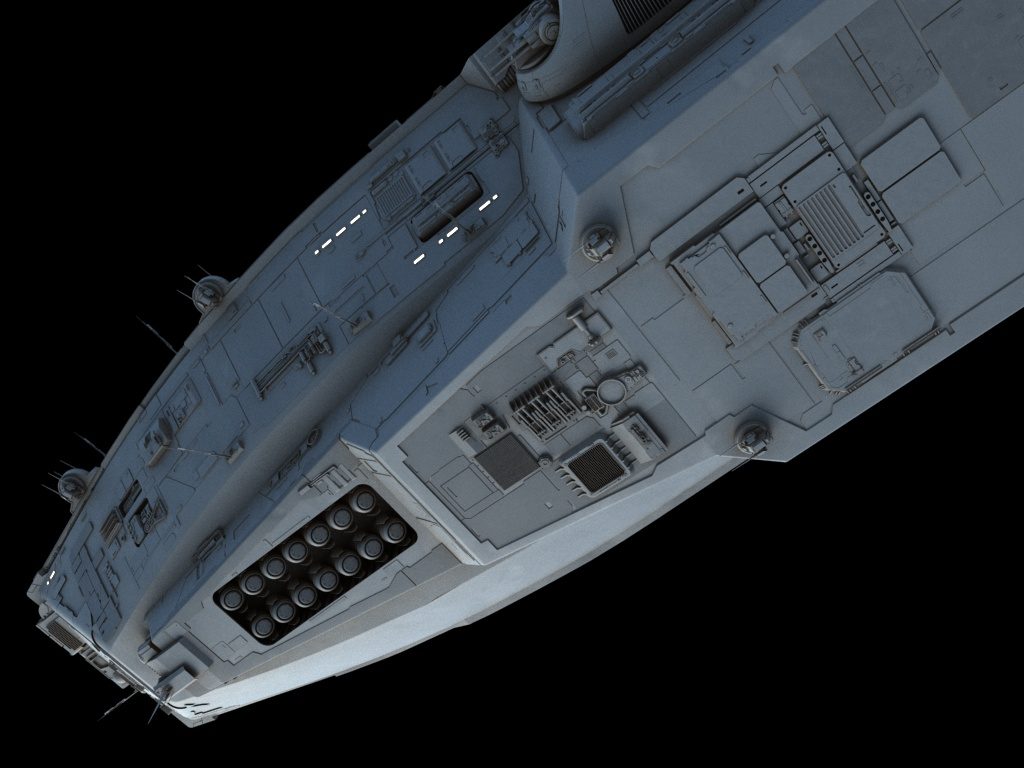 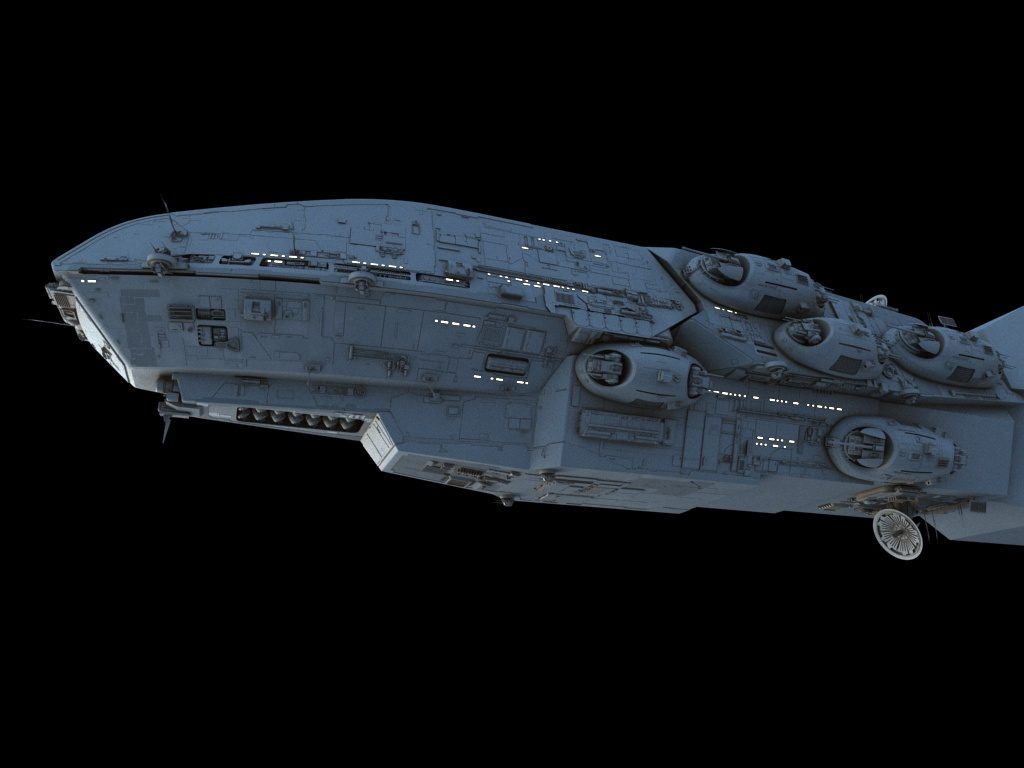 that’s exactly the same tactics used in Timothy Zahn’s trilogy with the katanna fleet. As you probably know, the way they eventually did some damage was by crashing a partially funcional dread into the ISD. they almost lost half the fleet of six working dreads. the dread’s mains couldn’t inflict more than superficial damage, so they focused on using ion cannon bursts to lower the ISD funcioning levels and used starfighter strikes, such as older surplus models like Z-95’s and all that (plus a few squadrons of rebel fighters, T-65’s, Rz-1’s, BTL-A4’s, B-wings) against the stern instead. but then you’d have to deal with a full wing of 72 TIE’s, plus other various assault craft and shuttles. they did that twice: once taking out the destroyer at great cost, with a much smaller fleet than what they arrived with, and once to simply buy time for the MC80 to arrive. so there’s two such events that have taken place in extended universe of 6 dreads vs a lone ISD. the time they ran and bought time they didn’t use fighters. just crowded the ISD for space. One benefit of dreads is the size differences make them more maneuverable than ISDs.

sorry, that was in reply to Gorkmalork’s last post.

No sweat, I’ve fumbled reply chains hereabouts as well. Having reread the Thrawn trilogy’s second installment, I recall one Impstar initially getting mobbed by six Dreads plus a vaguely-defined force of smuggler freighters (some corvette-scale) & snubs, then a second destroyer’s arrival spooking the smugglers into retreat & forcing the Dread pack to split for two 3-on-1 engagements. At which point Han, Lando & Luke save everyone’s butts by remote-conning an empty Katana fleet Dread into the second Impstar, which is *barely* too ionized to evade. One thing to keep in mind: apparently on our host’s render, the Dread’s six mains are each an equivalent caliber to *one barrel* of an Impstar’s octuple turrets, lending each ship three-quarters the punch of a single destroyer battery. Assuming Dreads can mount comparable-yield ions in place (plus an extra 1-2 if the quad mediums are stripped as well), I get the impression you’d still need at least 8 *very* carefully-helmed ships to properly swamp an Impstar, especially if it isn’t busy launching boarding parties (as per that second Thrawn book’s finale) when you jump in.

Where’s the hangar? As seen in Jedi Knight: Jedi Academy.
The mission to Byss.

That was a Kuat Drive Yards version of a dreadnaught.

Maybe this is in unfinished part?
Also, in this game was nice deck with anti-fighter guns

Ahh, so that ventral bow hatch is packin’ a capital-grade missile VLS or minelayer racks? Not a bad touch at all. Again, nice to see this decades-old chestnut get some visible teeth, even if it wouldn’t quite stack up to a comparably-scaled KDY murderwedge.

4 to 5 of these wolf packing a ISD….I think they would take it….just got to be smart about your tactics.

Given the scale & reactor discrepancies, color me very skeptical regarding any given Dread’s ability to soak up an Impstar’s mains or keep up with it in a running fight. If the destroyer has some fixed asset/base/convoy to stick around & most of the Dreads somehow manage to stay on its ventral/aft facings, *maybe* they’d dish out some embarrassing damage before running low on juice & plotting escape courses. Victories, Strikes & Interdictors (‘specially the latter) strike me as much healthier prey for a Dread-squad.

Like I said…it would be about tactics….how many times do we see a lone ISD cruising around out there….split your force and hit have a couple ships in s straight head to head fight at a distance and the other 2 or 3 come from beneath and the stern where there really aren’t any heavy weapons. Work down the shields and then hit them with a barrage of those heavy capital ship warheads…work it just right and you get those missiles in the hanger which could possibly tear thru the top of the hull….and another attack to the back of the command tower.

Y’know, I still have the impression that there’s a difference between *ray* shields (for laser/ion) and *deflector* shielding (for physical threats). Not so sure how effective component-targeting volleys to, say, compromise an Impstar’s particle-shield projectors via your Dread-squad’s main guns would be outside the kinda-unique circumstances of Endor or Coruscant in RoTS. Especially when your target’s shooting back with gusto & rolling/maneuvering to minimize your ability to focus down one portion. Hangar or bridge hits would be nasty, but surviving long enough to land ’em seems dicey…unless you’re actually out to distract & buy time for an MC80 to jump in & take over.

Kaul of Keldabe
Reply to  Chris

3 to 5 Dreads would have the raw fire power to bring down in Imperial-I, maybe even Imperial-II, but they would be irrevocably damaged by the end of the battle even with excellently deployed tactics. Their speed, maneuverability, and shielding of their design is woefully out of date. Point for point a Dread wouldn’t even be a match for Victory class star destroyer.