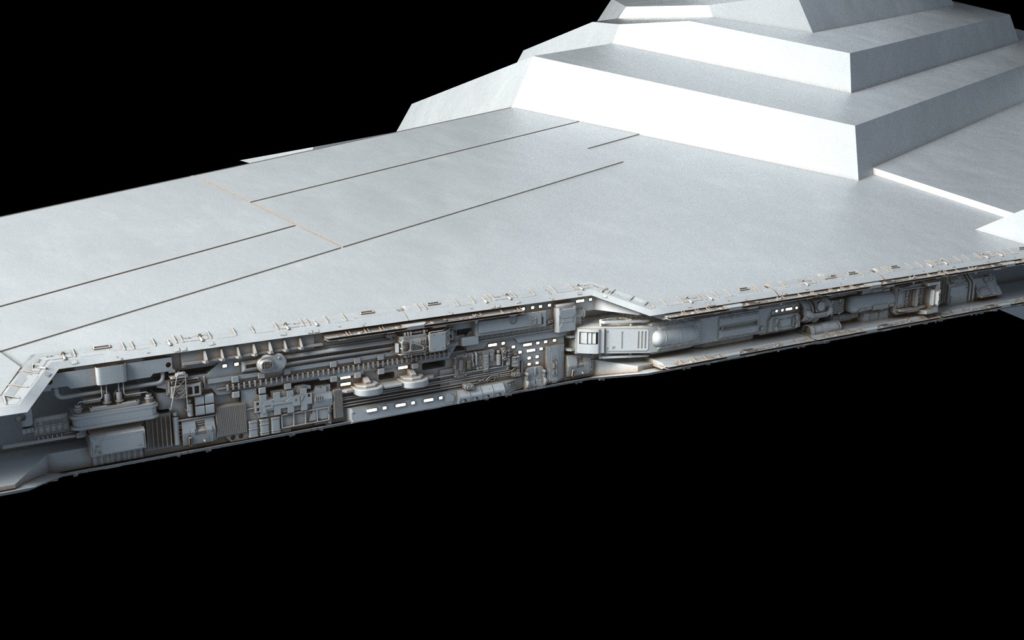 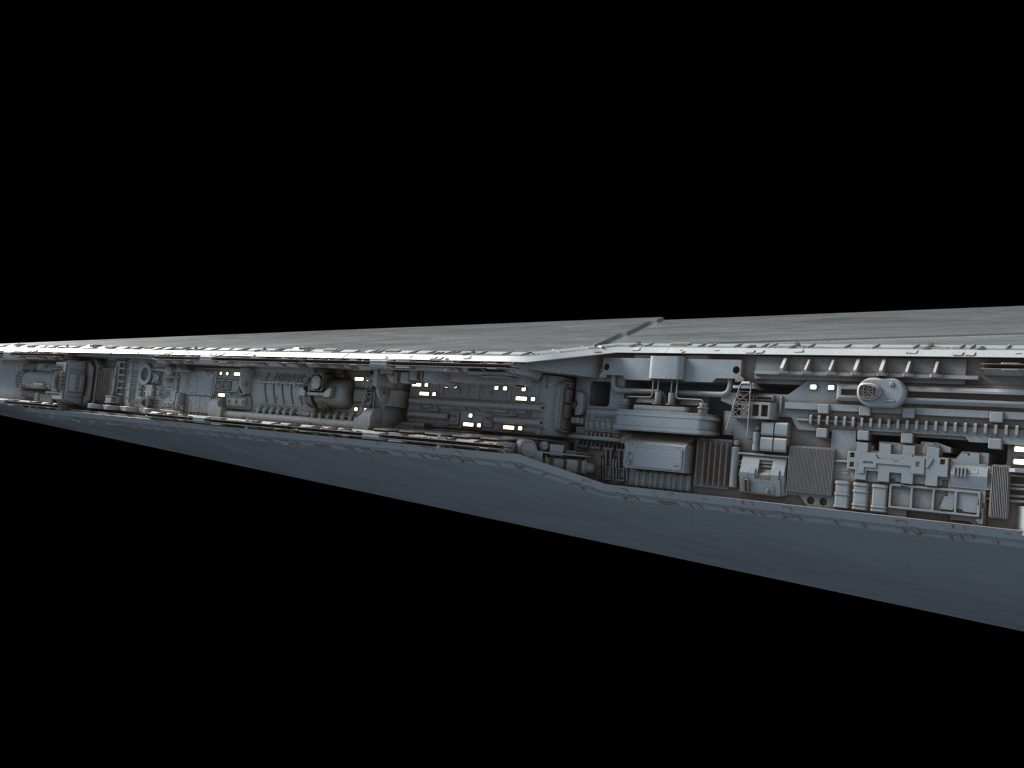 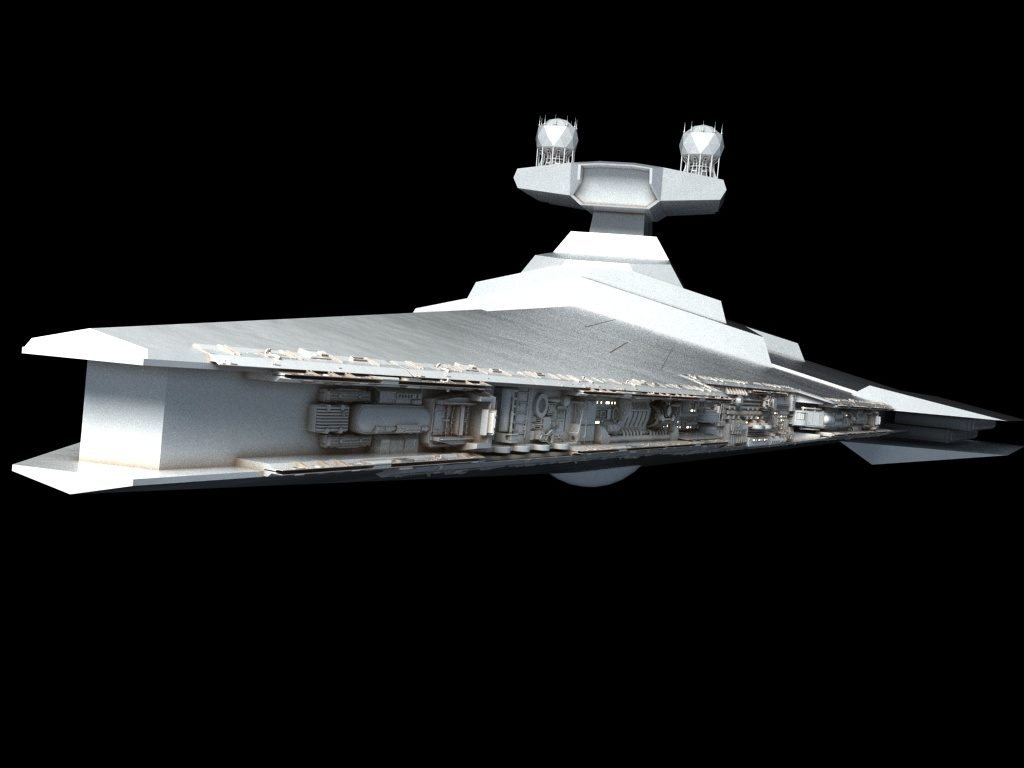 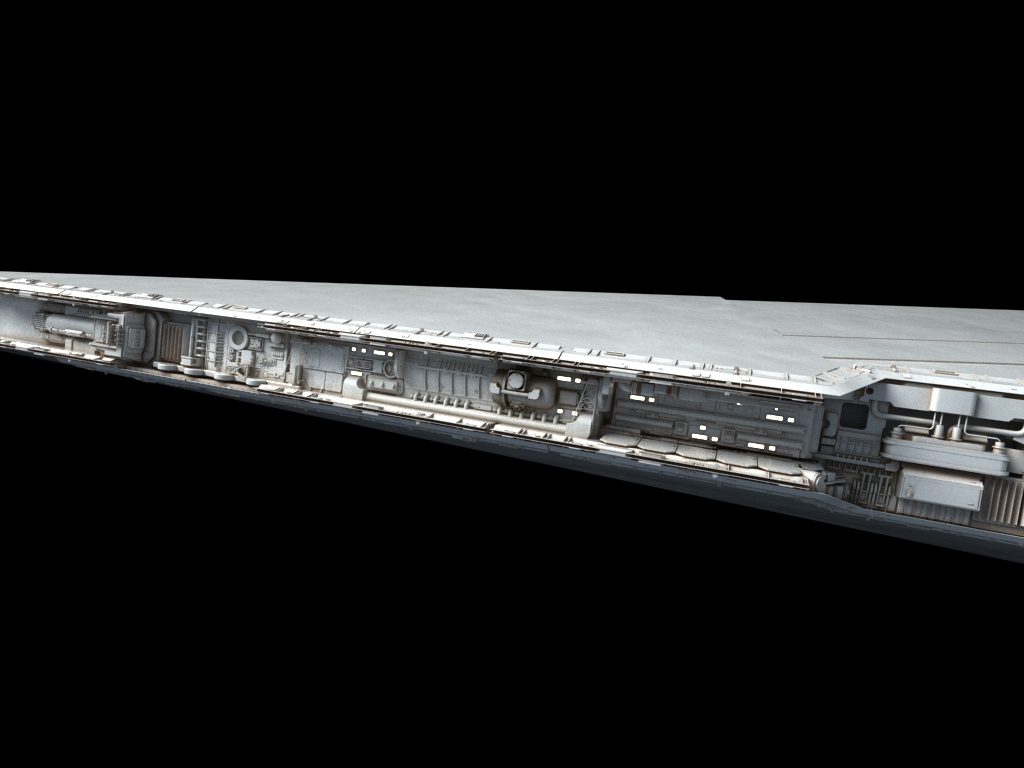 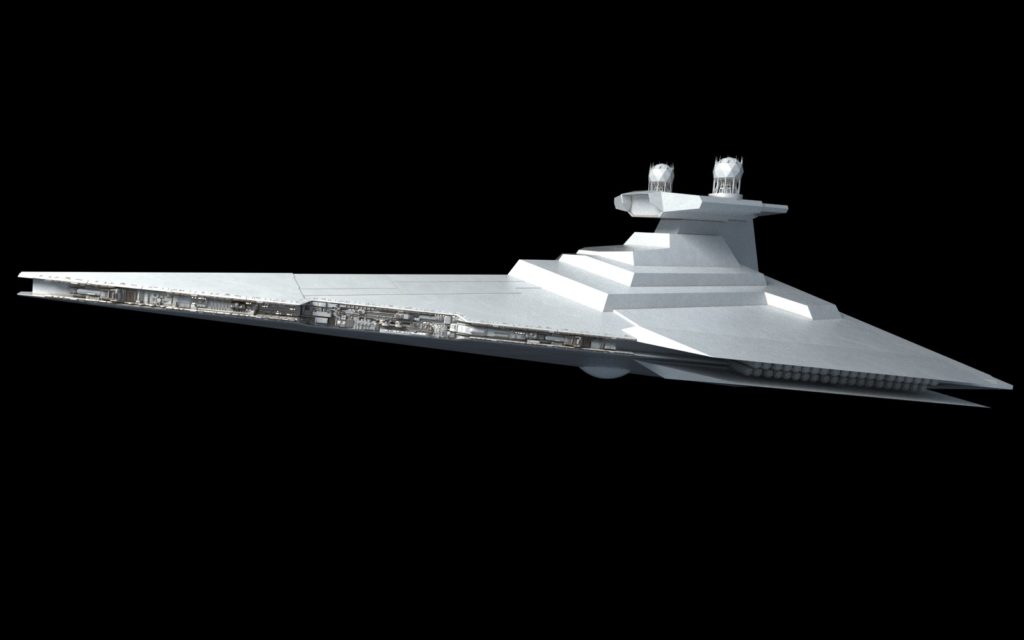 I agree with Daniel on the aspect of that exposed “forward observation station” not making too much sense. However, I still like that feature, because it distinguishes the Victory a little bit more from the Imperial class besides the wings and smaller size. Maybe it can be retconned to something different than a manned station. It would make sense to be a feature utilized in atmospheric flight and therefore missing on the larger variants. Maybe some sort of atmospheric sensoring and/or some sort of field emitter to help streamlining the bridge section during flight.

I think a lot of this “exposed features” criticism of star destroyers is a bit overblown – if the shields fail, a destroyer is going to get crisped in a few shots. After a certain point, convenience and morale issues matter as much as marginal benefits to survivability. That said, the VSD bridge is going to be heavily worked on – the current version is a placeholder that will be heavily built up in the final version. Expect the visor currently there to be significantly blended into the rest of the tower by the final details.

If unshielded hull plating means near-nil against HTL volleys, I suppose features like recessed/concealed bridge modules (or the Mon Cals’ scads of homogenous blisters) only buy you an extra second or three against peer opponents…though I’d look into *some* way of separating scanner domes from shield-projector antennae just to avert Endor-style two-for-one component strikes. Come to think of it, how often *could* your average opponents cherry-pick such tiny targets at ordinary engagement ranges?

Be one hell of a broadside with those missile.

As often as the writers need to as a plot device.

Liking the proportions/massing. The wings look good. I’d say great compared to every depiction I’ve seen to date. Not sure how I feel about the scout trooper visor on the bridge tower, but I’ll defer until you flesh it out more. Still missing that lateral, greatly exposed observation position/target. That’s a positive in my book, I always found it to be the kind of thing that gets added to a preliminary sketch, then edited out when common sense prevails. So if you kept it off your version, that’d be great. I like the rear extension on the bridge tower and think it could be a touch longer and still look good.

So 80 heavy missiles? I’m more of a turbo laser fan and found the EU push for more missile armament not really SW. Even the Acclamator only had like 4 tubes. That’s just me though. I definately think you should do a set of axial defense turrets ala the Imp-I and your Procursator. That’d be a great design tie-in to the Imp-I as they’re near contemporaries.

I am a turbolaser fan too. I think it’s a matter of specialized roles. For independent operations or large ships beam weapons are definitely superior, for logistical as much as tactical reasons. However, for smaller ships, missiles offer the possibility of disproportionate firepower – briefly, essentially making up for a smaller reactor by pre-generating the energy and storing it inside warheads. So a Victory can be more compact than a Venator and until its missiles run out possibly competitive with an ISD, but afterwards drops back to being just a normal small destroyer. VSDs in my reading are pack boats – they swarm large targets like Lucrehulks, and mass missile volleys to weaken them. This supports a large fleet by giving it a large short term firepower boost but with less investment in large ships capable of powering large beam weapon banks.

Ok, I see your logic, and I just noticed how small the reactor is compared to an Imperator. So that makes sense. Plus your order of battle with this being more a pack hunter makes sense with the missiles too. I am interested in seeing how you fit out the rest of her. If I remember correctly they made a big deal of her being an in atmosphere support destroyer, so I’d hope to see a couple decent sized turrets on the ventral side. But otherwise having a bunch of Procursator level armament.

Missiles also might allow wolfpacking ships to lay fire on a target from over the horizon of a planet/stellar body/well-shielded space station, or whilst maintaining extreme evasive patterns-helpful when you’re trying to wear down a cruiser-bulk opponent without your destroyer squad becoming easy targets in turn. Can’t recall any sources mentioning home-on-jam capability for SW missiles, but that would strike me as yet another handy complement for a ship’s energy weapons. Plus, I’ll give Ep 7 props for amply demonstrating their point-defense value against fighters.