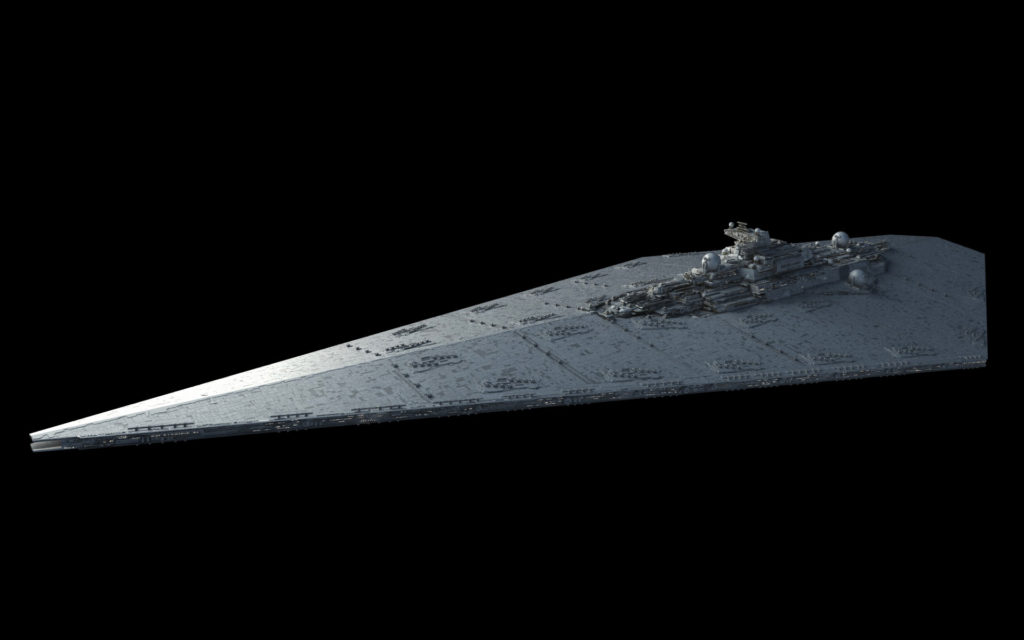 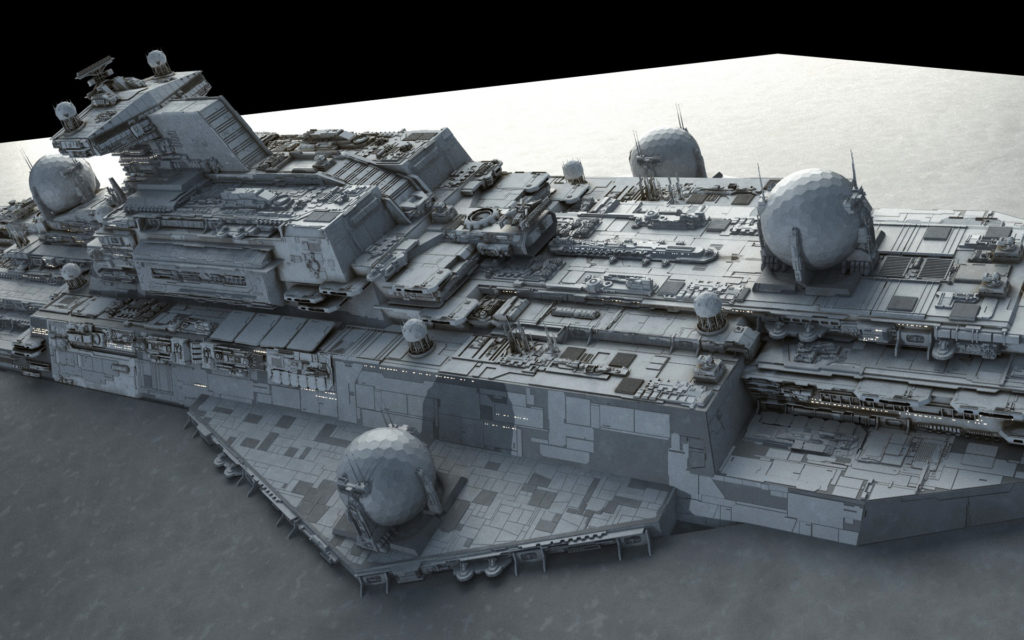 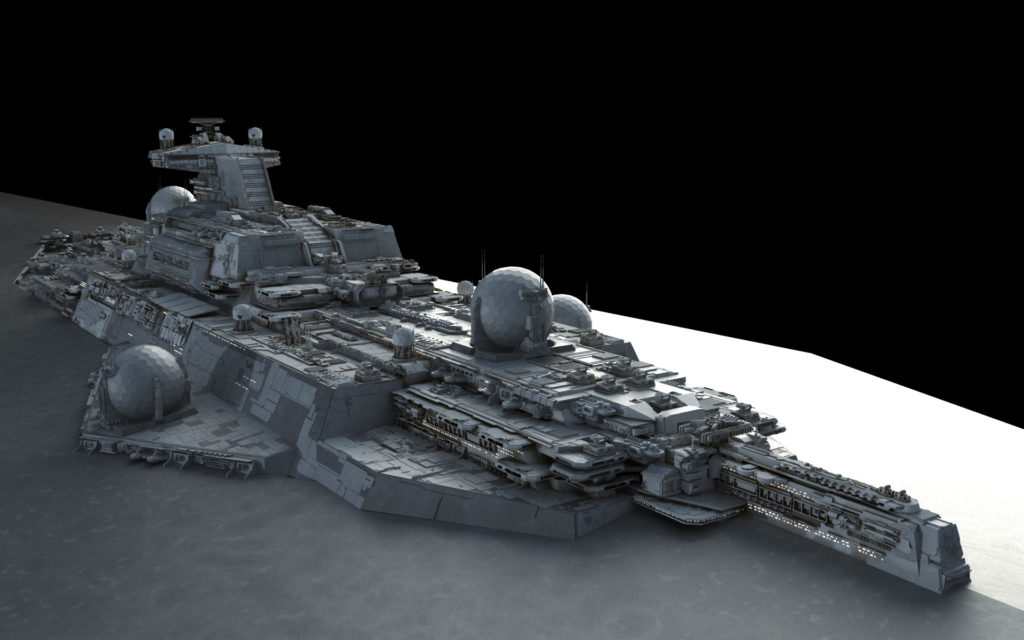 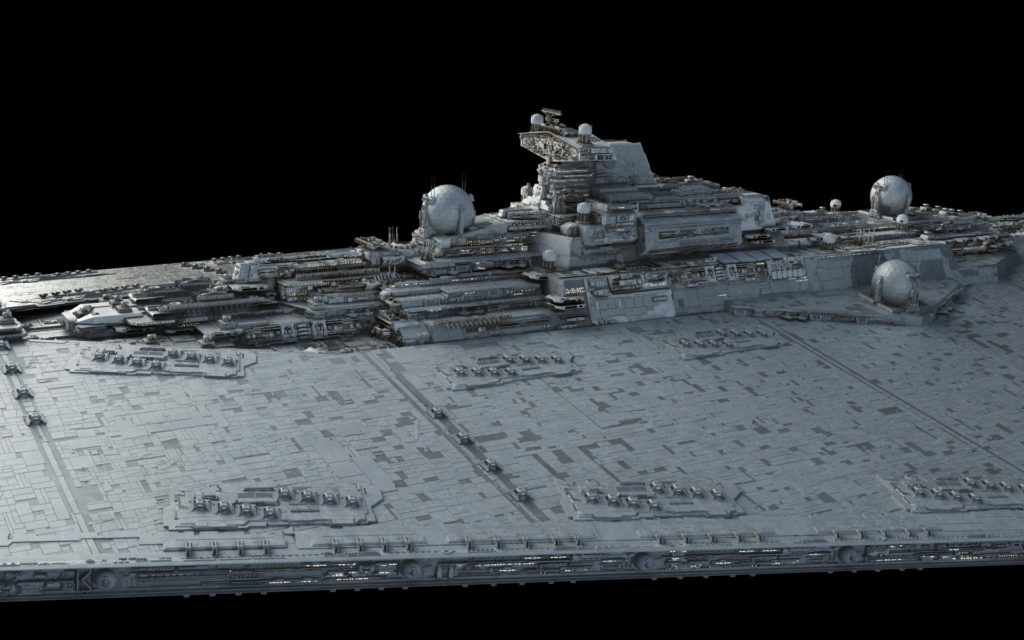 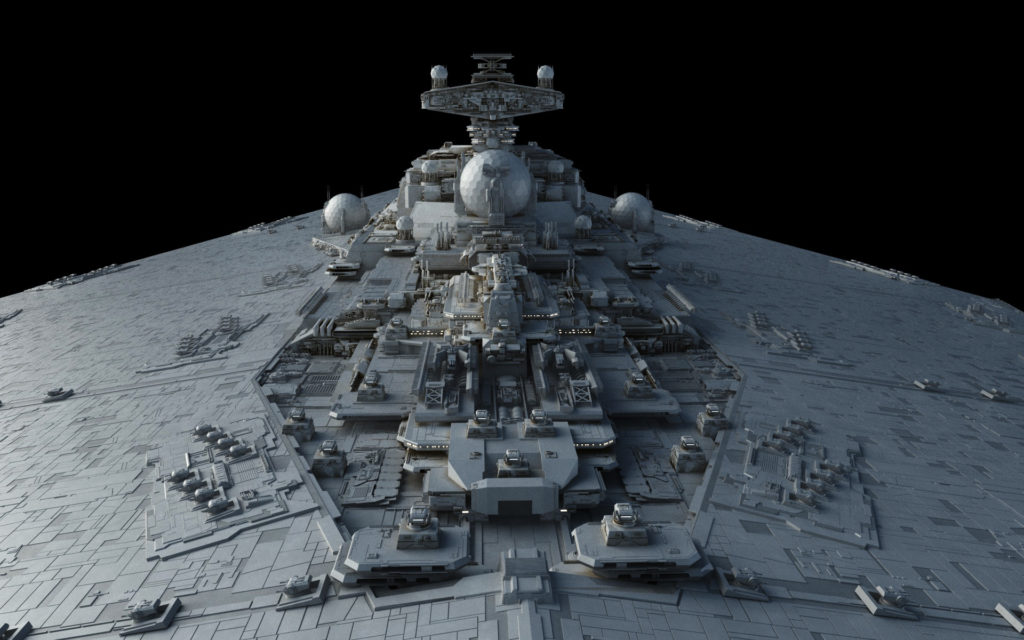 This would be a very appropriate situation for you to invent a larger/heavier main battery turret. Those DBY-827s look kinda dinky. Though I know they could channel reactor power at whatever level necessary through them, they still look small. Since it’s a CW era ship you’d have a lot of flexibility in design. Maybe dual barrel installation or even a single barrel.

I’d wanna see a central line of massive single-barrel turbolasers as it’s main battery with a secondary battery of venator turrets, like an Iowa having 16″ primary guns and 5″ secondary guns, rather than a boatload of secondaries.

Huge main batteries only make sense if there’s a peer opponent to shoot at. If this murderwedge was designed prior to the clone wars, then there really aren’t any non Kuat Star Dreadnaughts floating around as plausible opponents. 200 DBY-827s make sense if the threat is thousands of Munificent Star Frigates and Recusant Light Destroyers.

Last I checked, wasn’t this beast late-Clone Wars/early-Empire vintage? Peer-ish threats it’s intended to overmatch might’ve included combat-modded Lucrehulks (3 km), or more Subjugator-class heavies like the Malevolence. I did notice some of Fractal’s big ball-turret mounts in earlier renders’ brim trenches, so perhaps a strip or two of those would be in order.

The Lucrehulk is volume-wise a cruiser, but it’s still built from a bulk freighter chassis, with correspondingly mediocre reactor, awful firing arcs, focus on carrying fighters rather than standing in the line/wall? of battle, and generally less than mil-spec construction. In the clone wars cartoons, a single Venator was able to handle a Lucrehulk without that much trouble.
On the other hand, Subjugators kind of just came out of nowhere with the Republic caught completely unaware that the CIS were able to build heavy cruisers until one starting shredding task forces. Even though they were probably active at the same time, given how long it might take to design a star dreadnought, Subjugators were not on Kuat’s threat radar when this baby was presented to a Senate allocations committee, as much as we would like to see them duke it out.

Those huge com-scan globes look a lot more integrated with the superstructure now. I suppose one of these battlewagons would be able to detect, identify, and then jam any hostile presence in an absolutely enormous volume of space, which befits their role as sector-defense command ships assuming that this is based upon Anonymous Star Battleship 4.