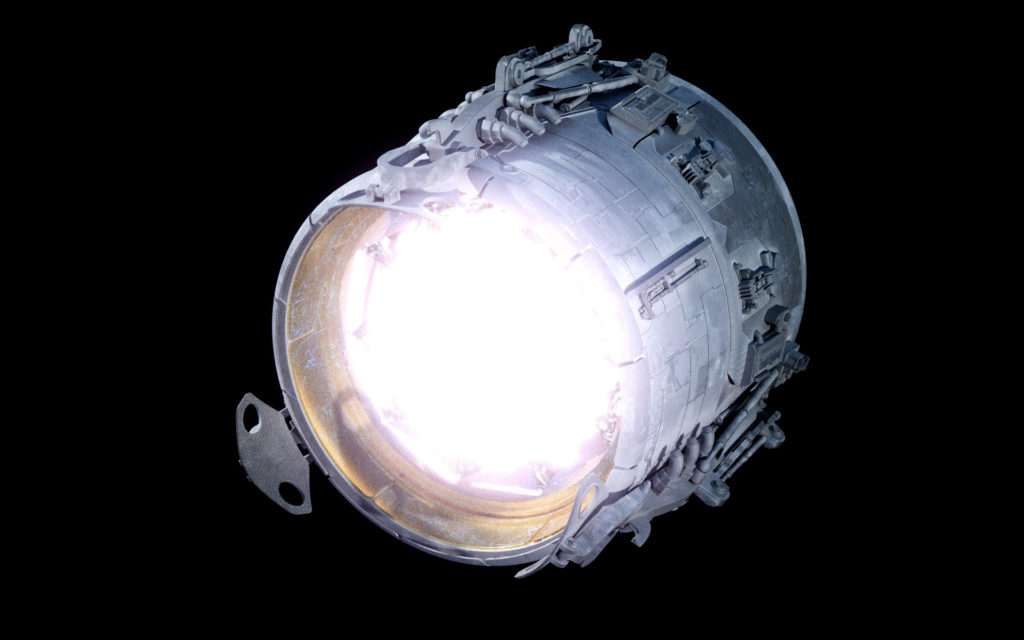 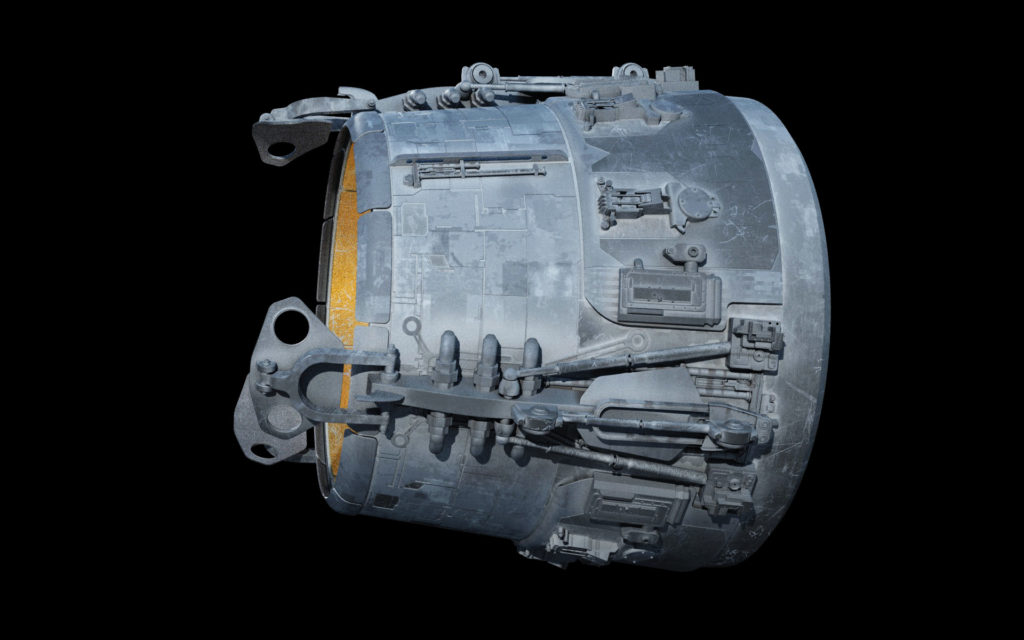 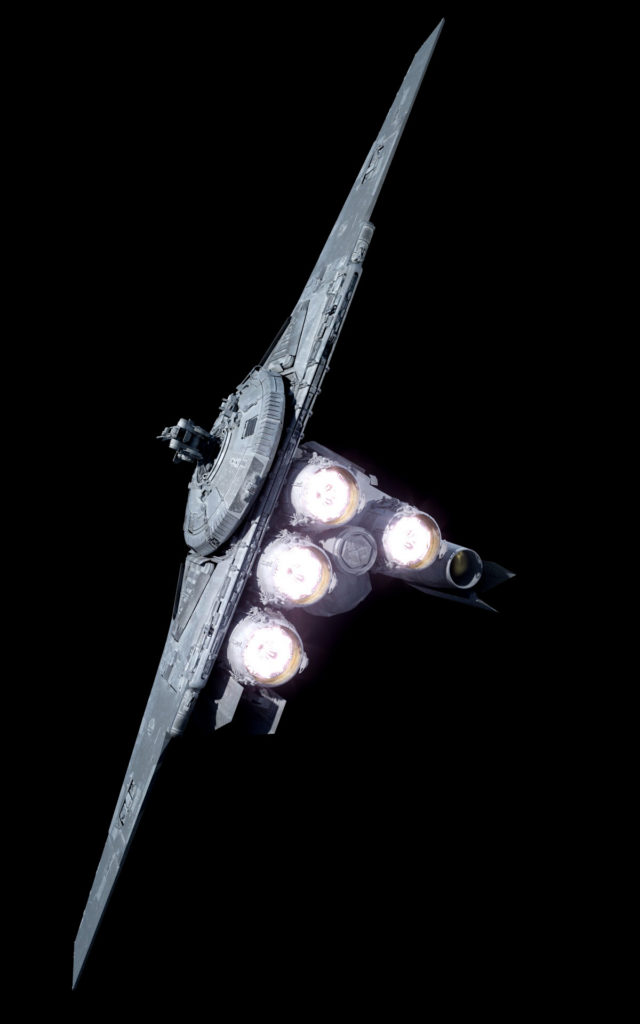 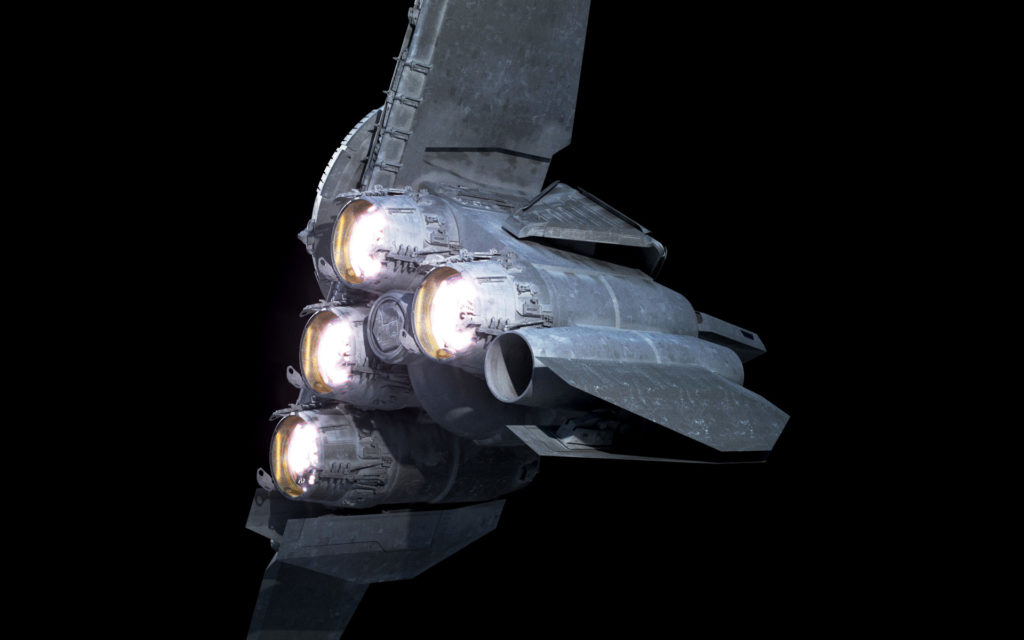 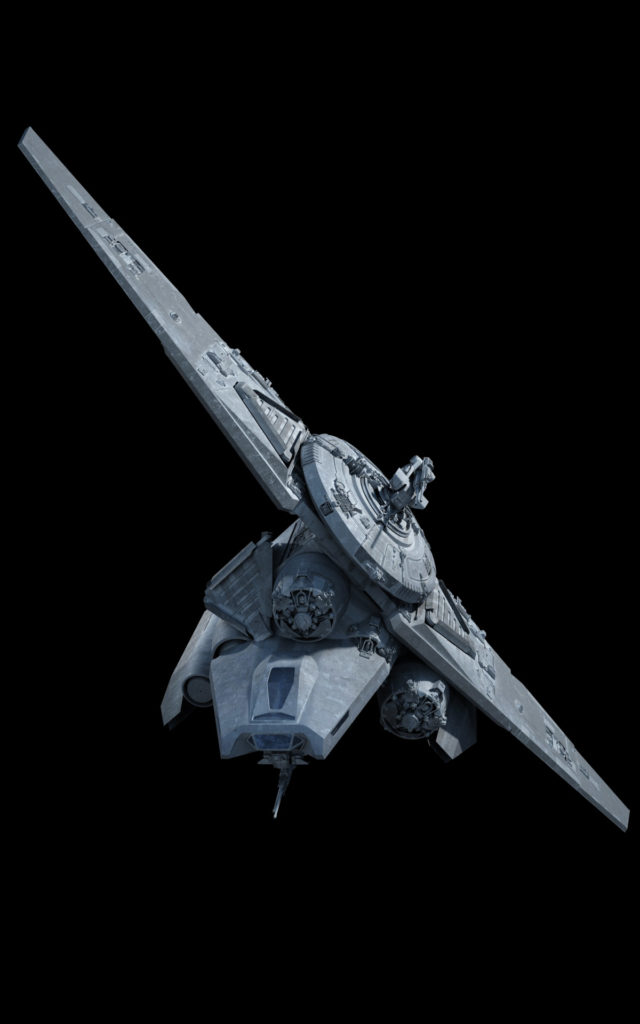 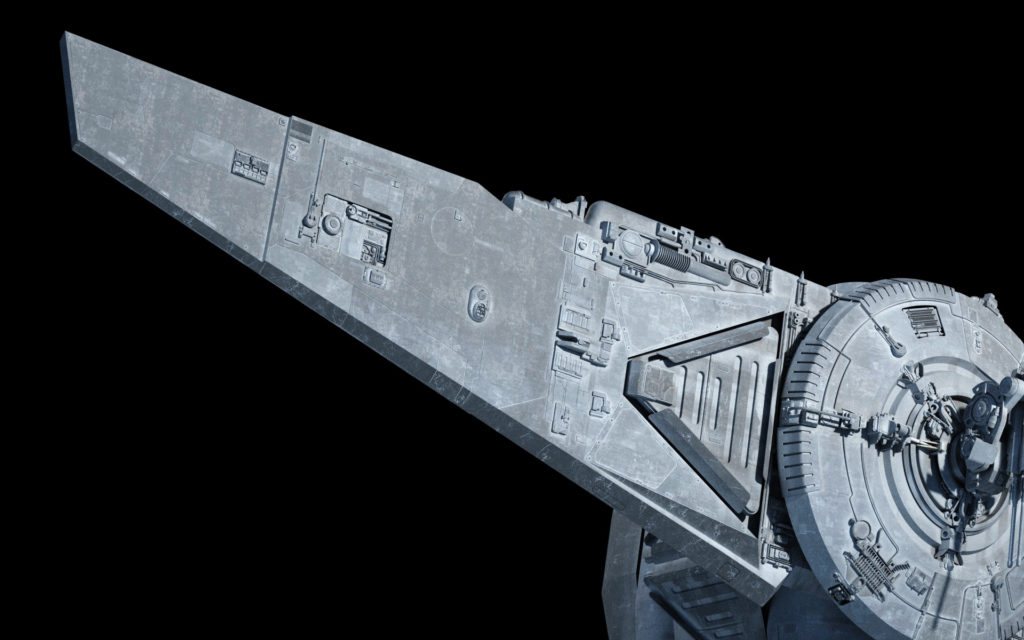 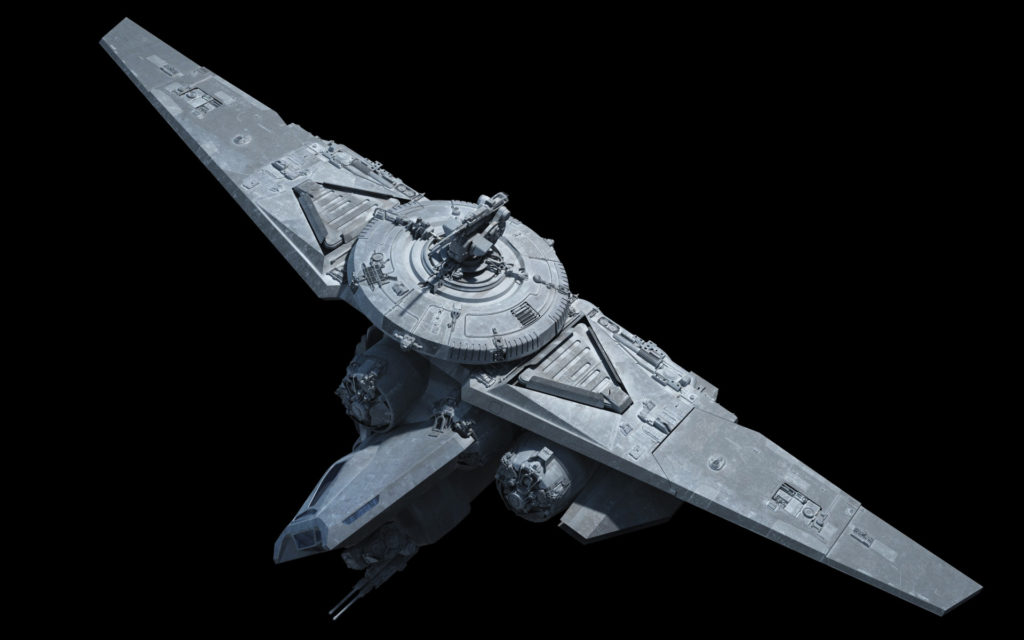 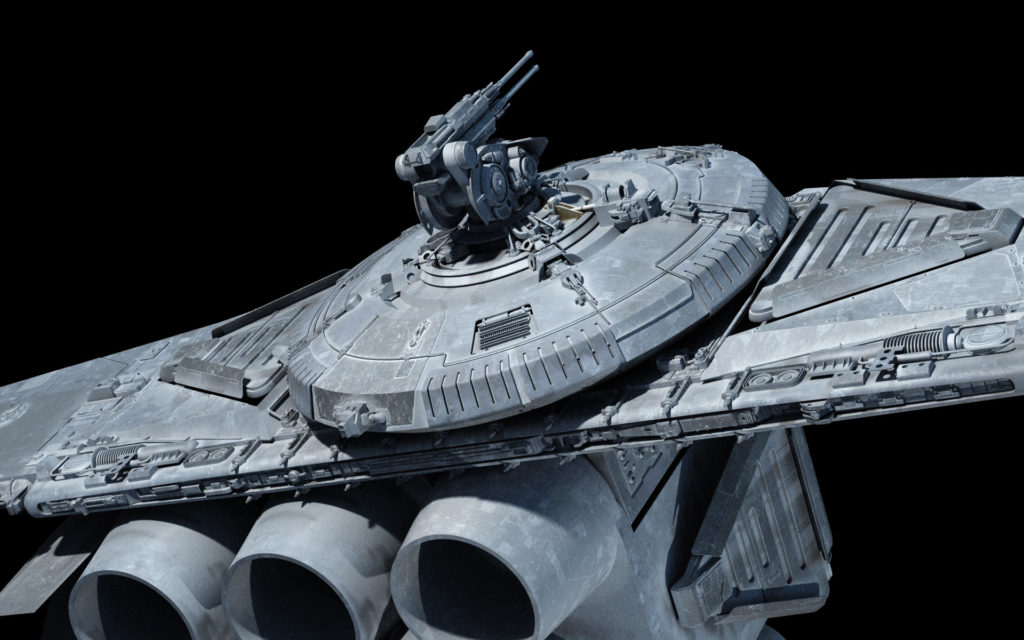 I at first thought those were oversized headlights

and now I can’t un-see. I guess the IMPS need them to see anything in those helmets.

i’m liking the look of this ship now 🤔 not at first.

Never have whitish-yellow sublights give ships such a breath of life as this!

Coming along nicely! I especially like the variation in shade of the metal. It shows better on smaller ships like this.

That cockpit looks a bit like the Y-wing. Is this a Koensayr product?

Wookiepedia says, ‘No,’ with the ‘official’ manufacturer listed as Krasten Shipyards.

However—given that Koensayr is largely noted to be a multi-millennia old parts supplier (that occasionally designs and builds its own ships) within the larger Star Wars œuvres, the ‘Nebulon Ranger’ was heavily modified from the original Crescent-X9 Courier, and the fact that Ansel’s noted this is an undated reinterpretation of that ship (which could mean it’s representative of the original -X9, an earlier iteration of the Crescent, or a later reproduction)—one may find it completely likely that it would use something from Koensayr’s extensive product line, regardless of who the manufacturer is.

That’s going to depend on whether this IS the Nebulon Ranger, or simply based on the concept.

“I took the Nebulon Ranger concept from the old Jedi comics and concepted it out a LOT.”

Definitely NOT the ranger.

Considering there’s a 4,000-year gap between TotJ and the Classic Era, the manufacturer’s identity will depend on which era this ship is intended for.

Most of the notable shipwrights and parts suppliers (Sienar, SoroSuub, Koensayr, Kuat, CEC, et. al.) date to, or just shortly after, the founding of the Republic in ±25,000 BBY. But I’m an Old Canon guy, so New Canon may be something else.

I second this notion, the ship also looks very rugged and seem capable to take a pounding and limp back home, much like Koensayr products.