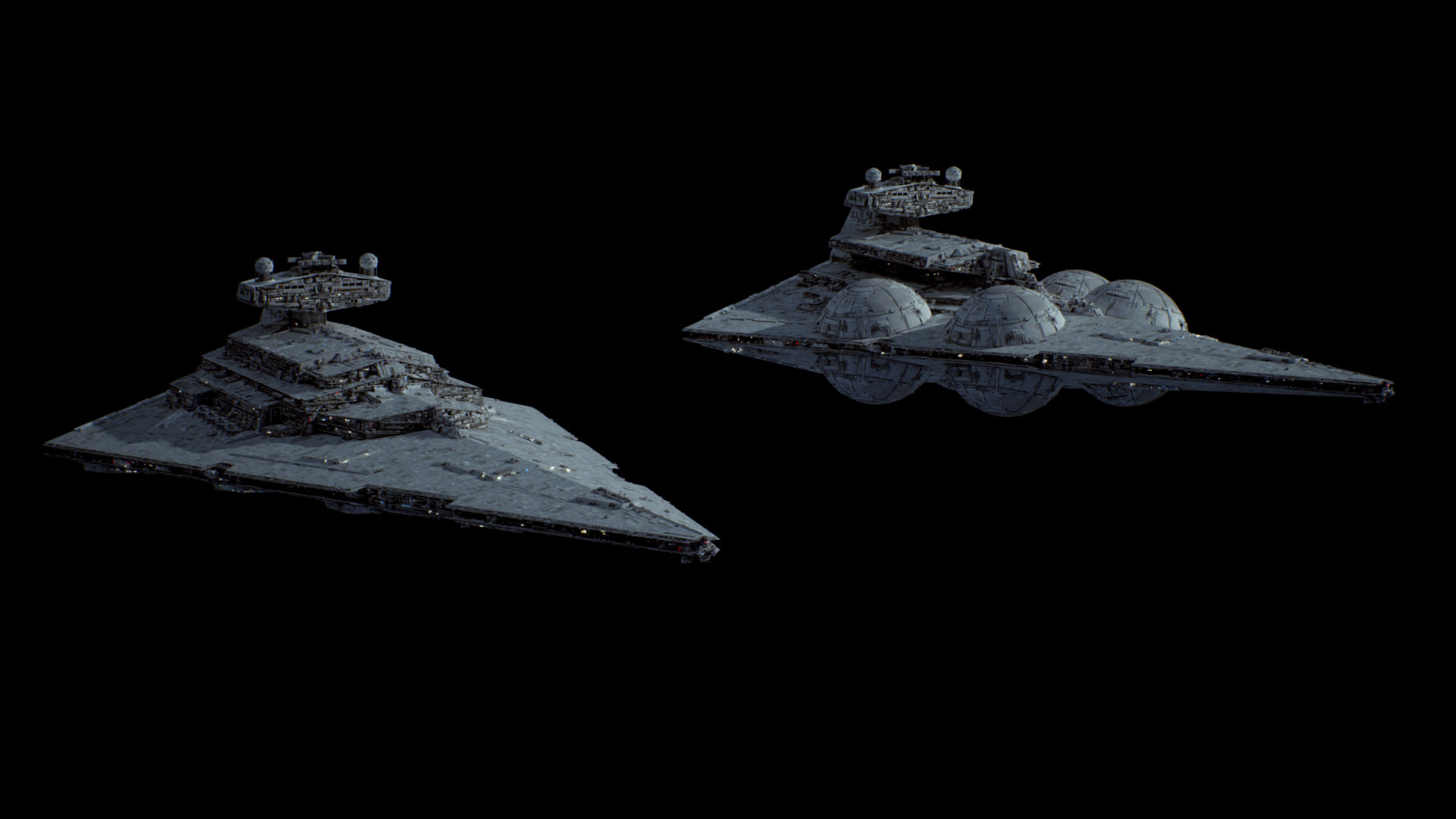 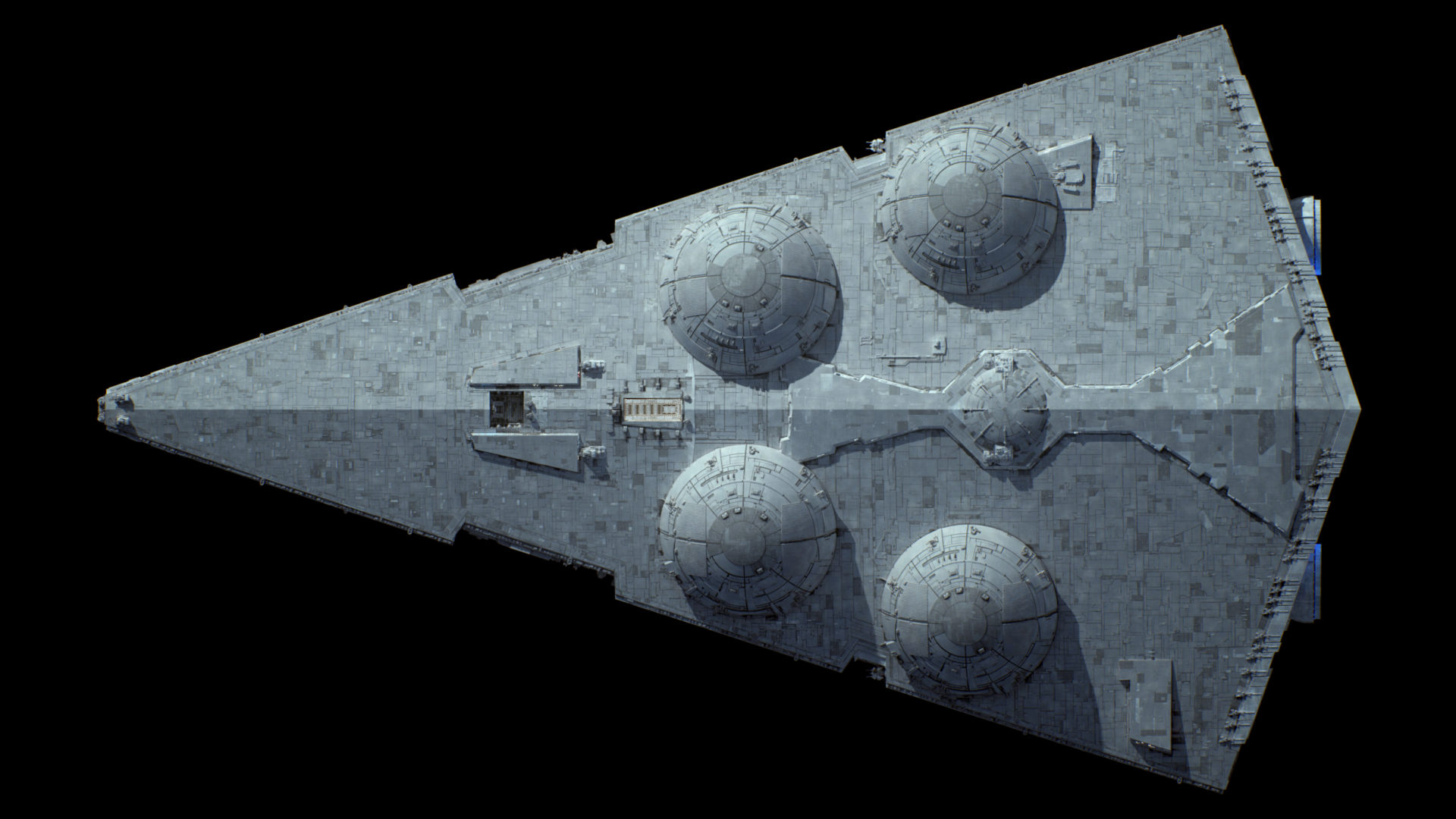 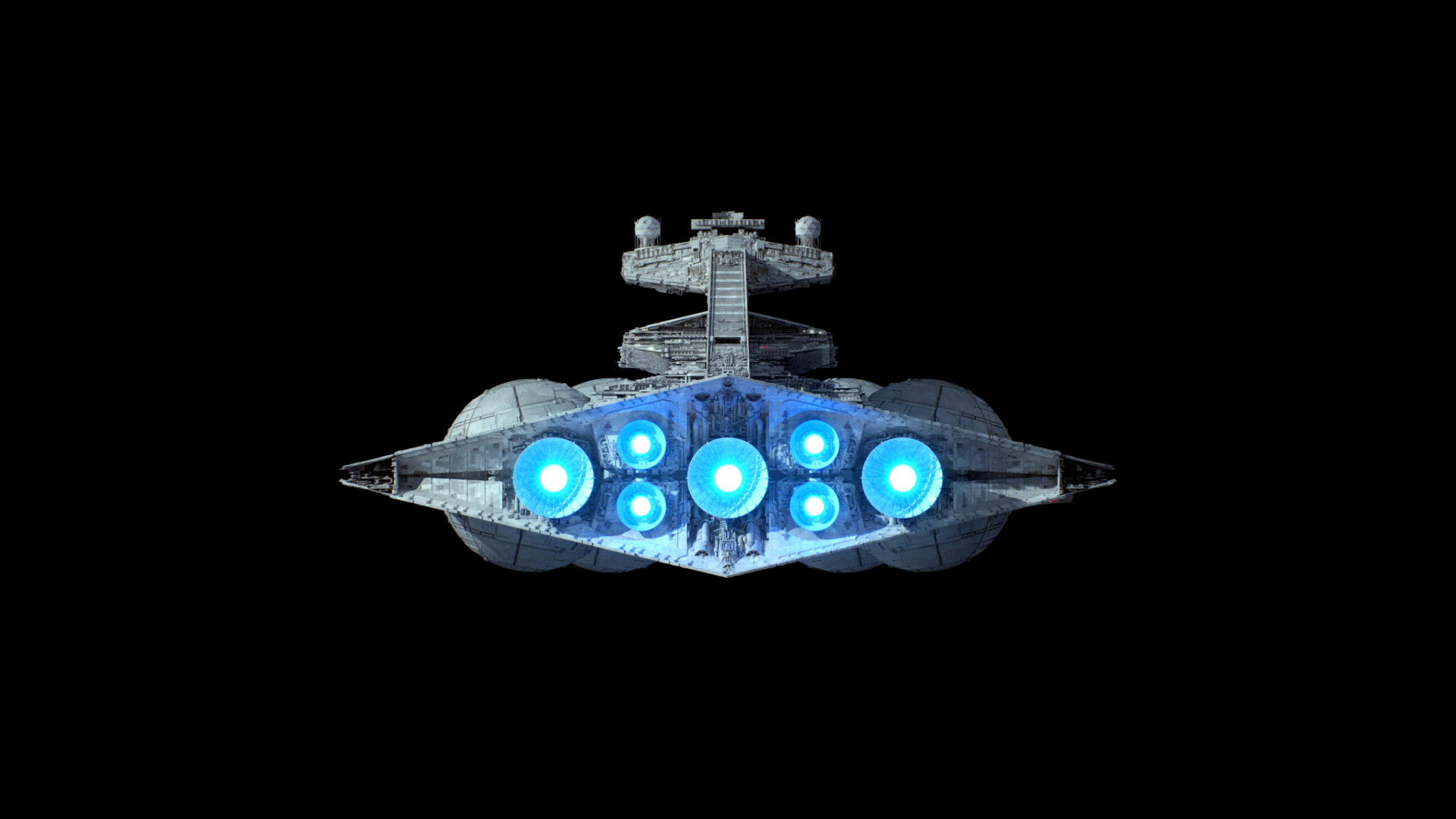 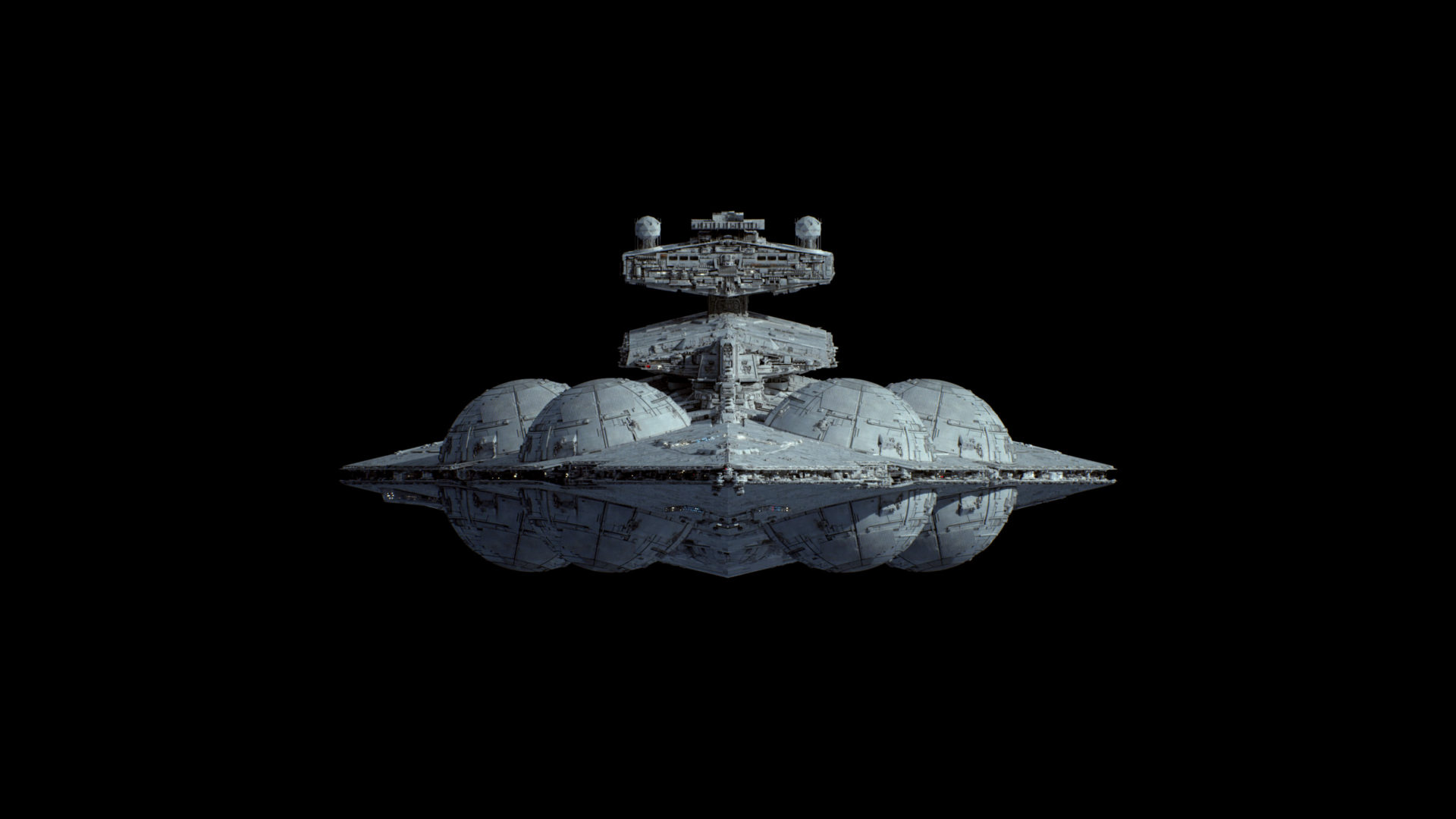 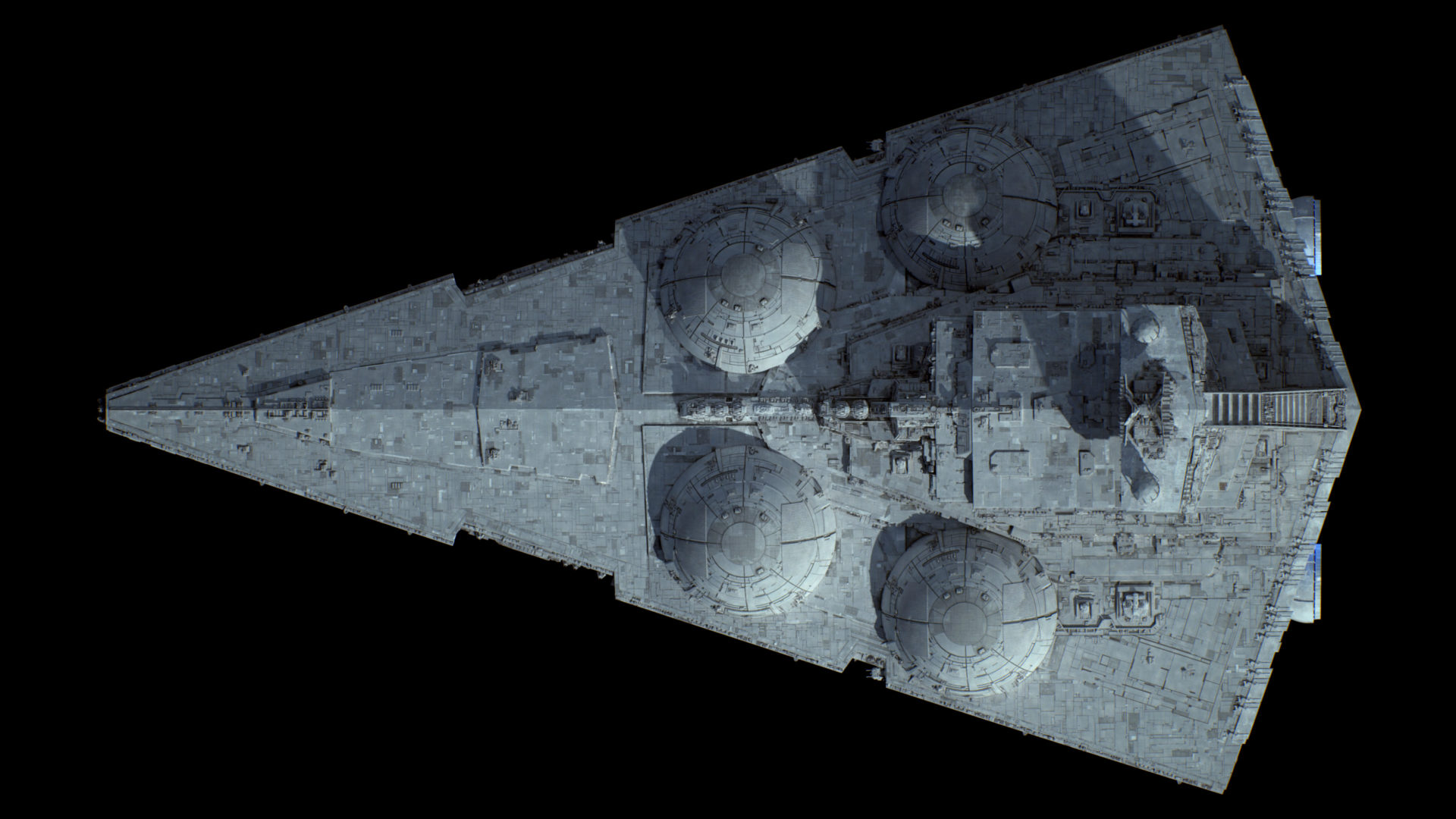 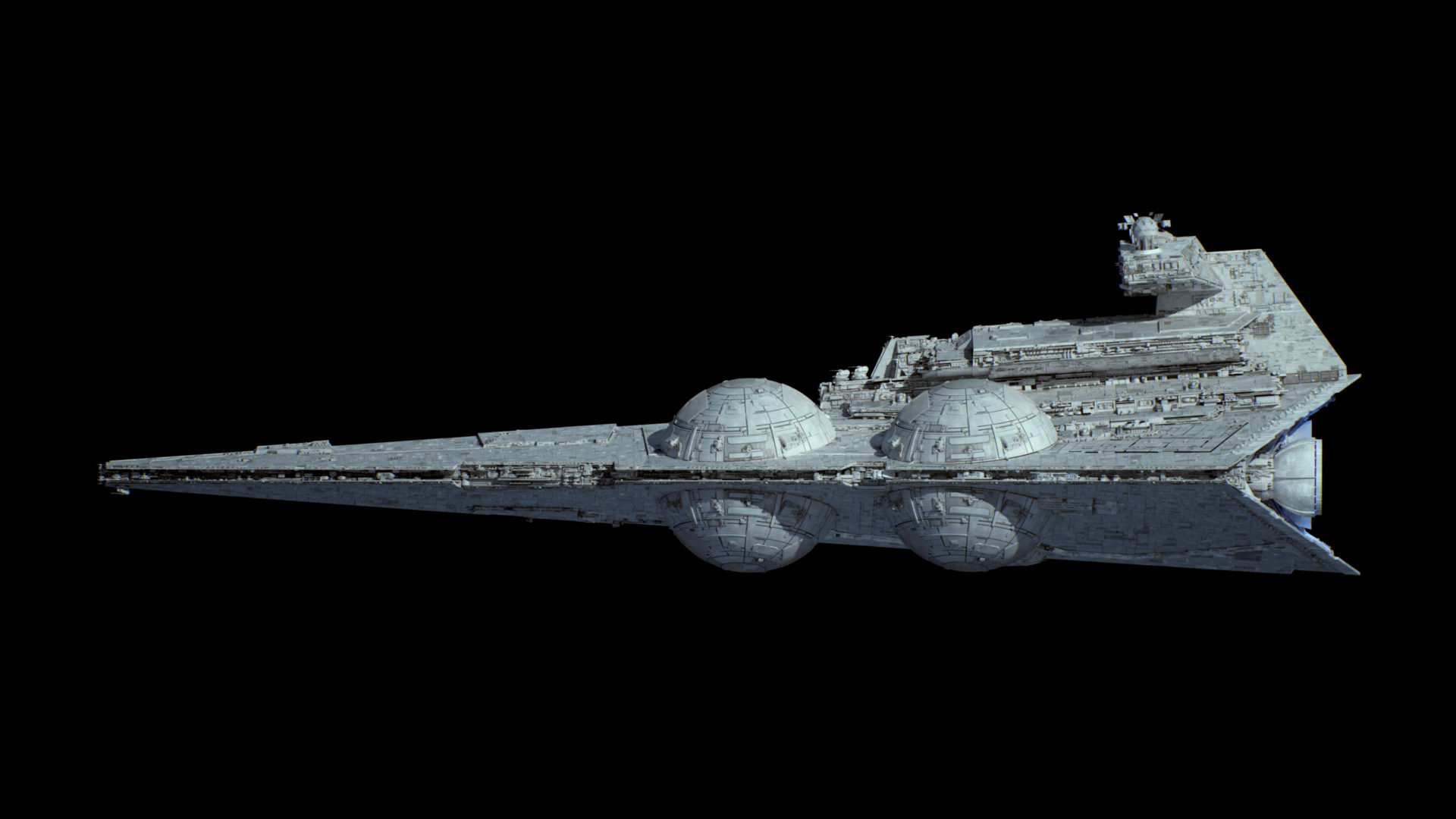 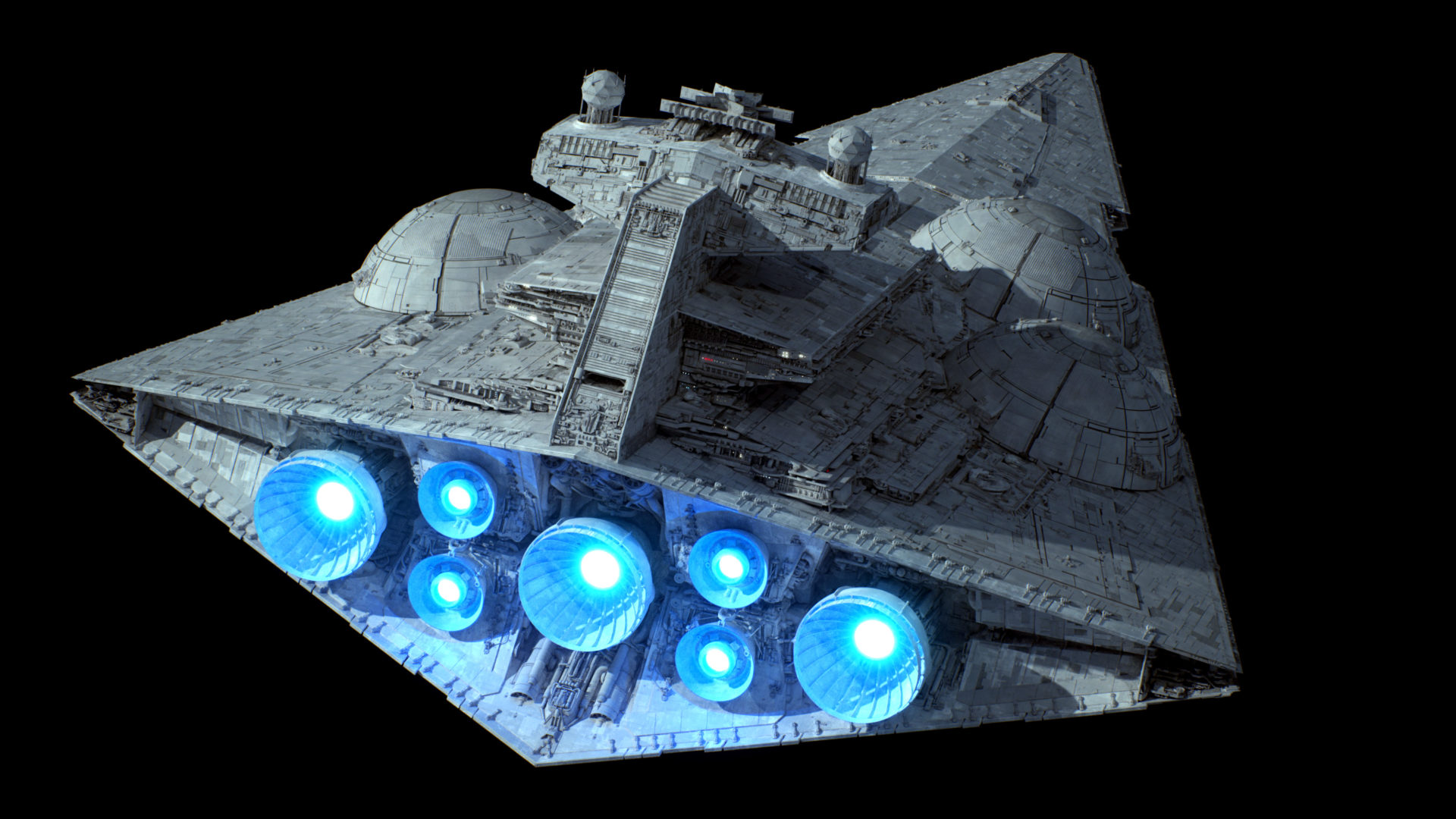 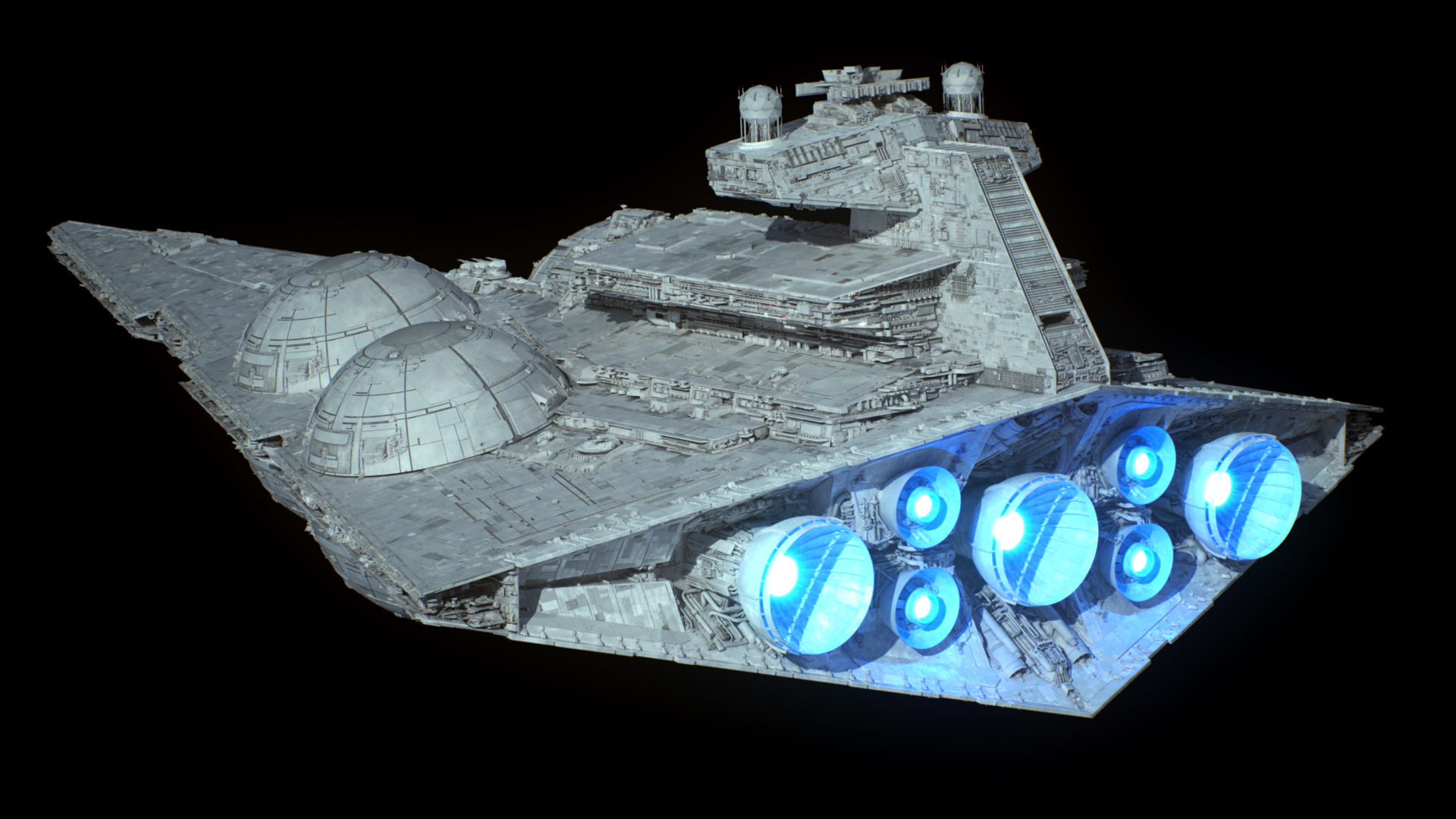 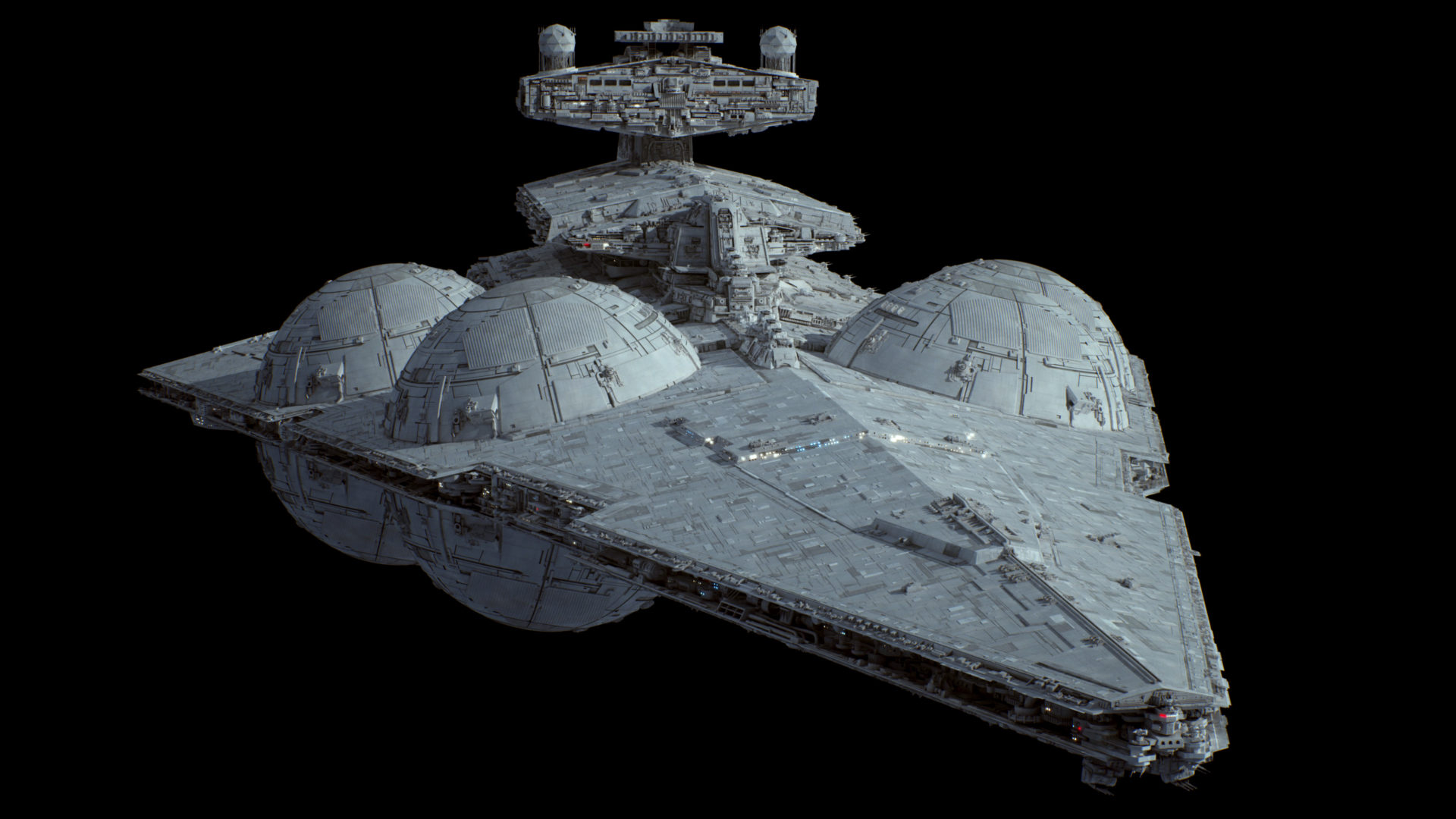 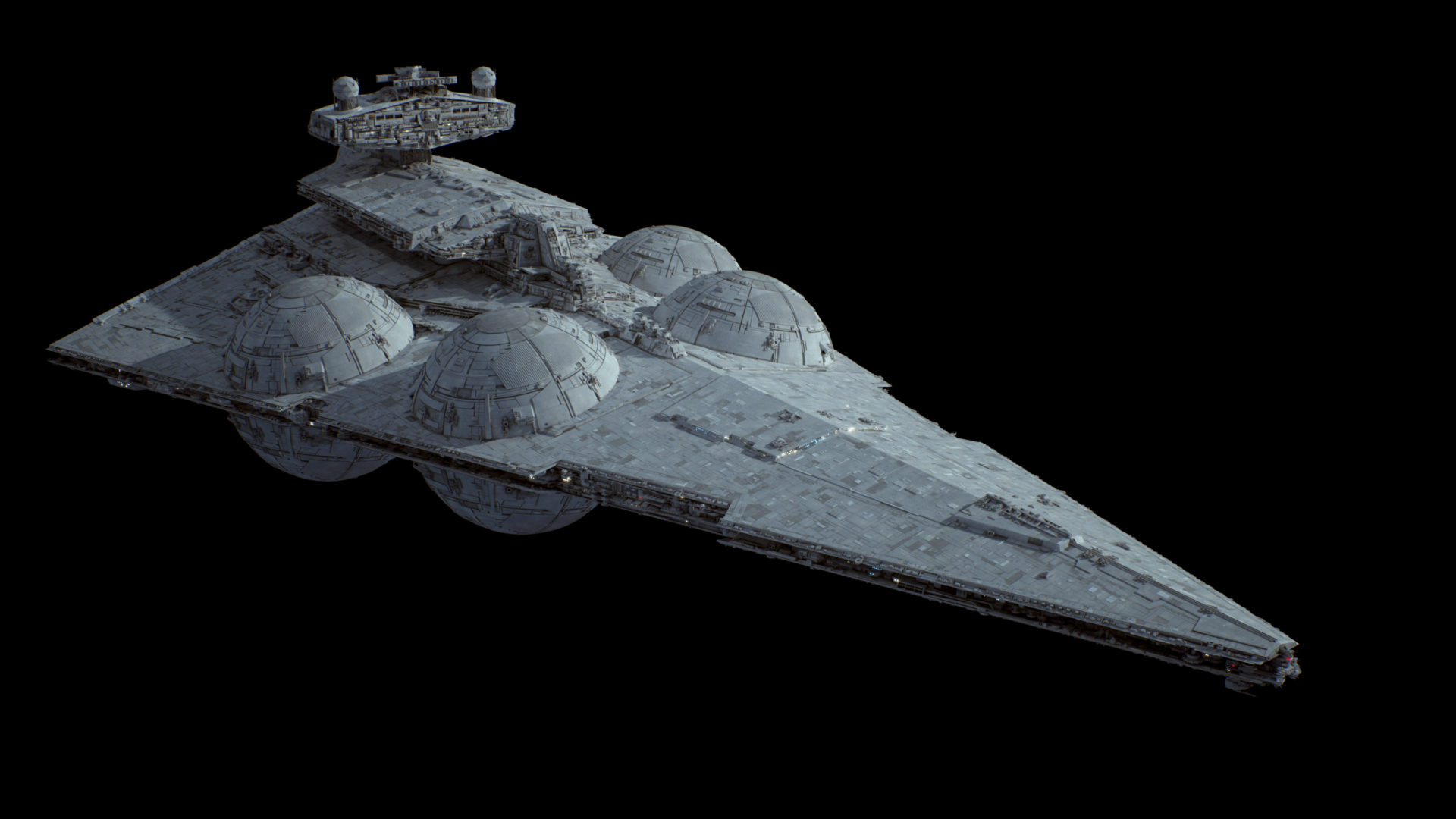 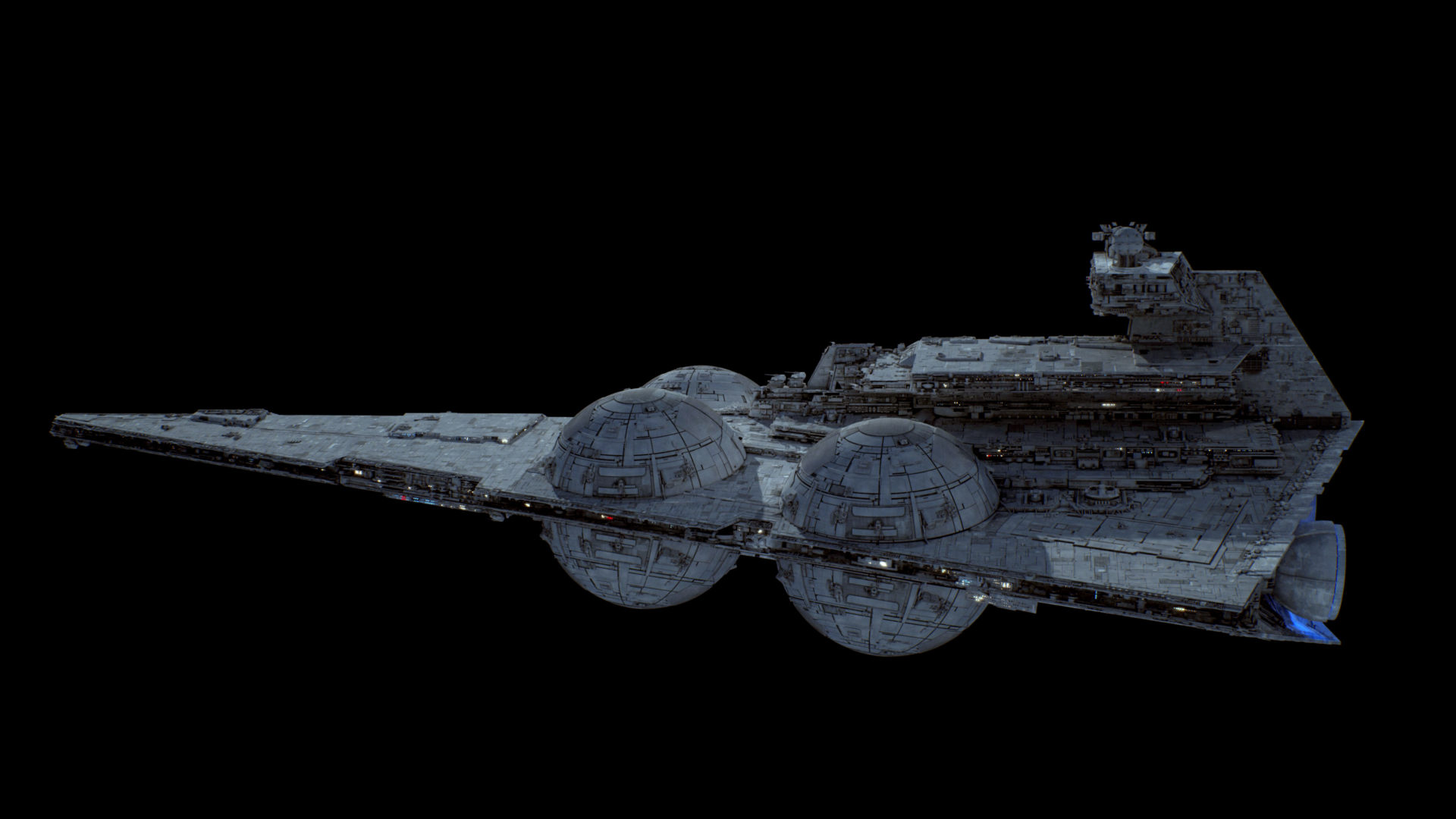 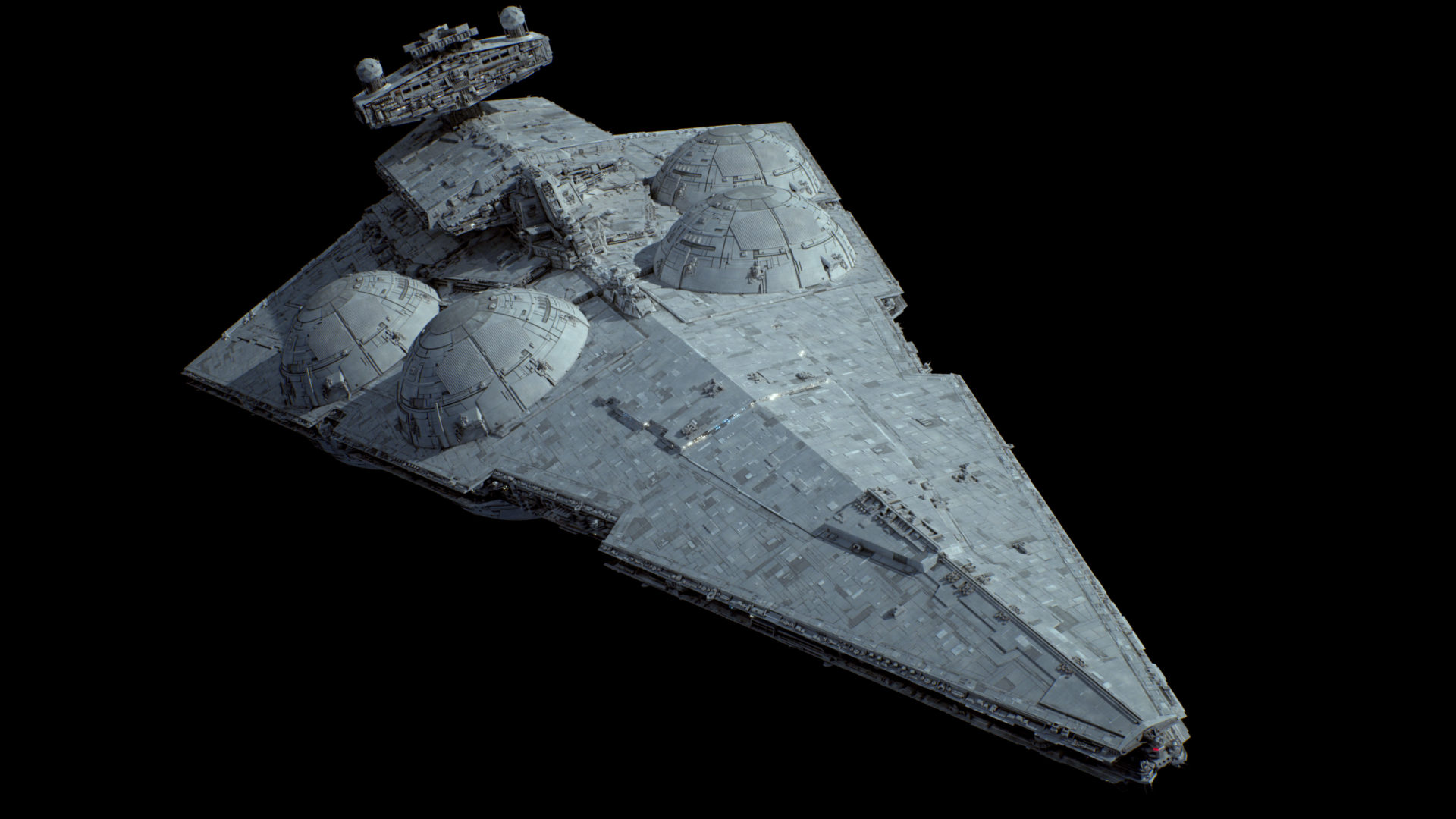 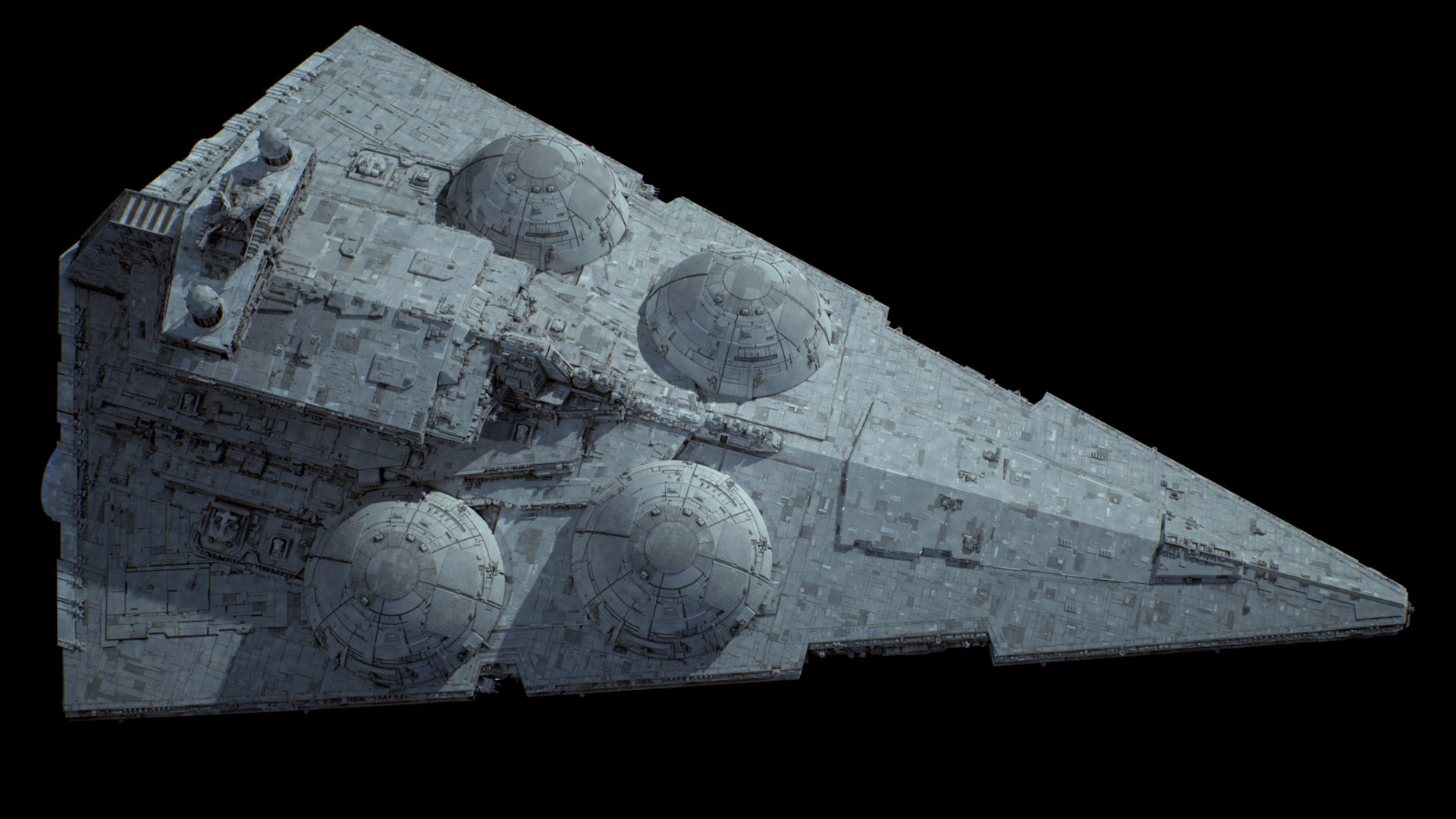 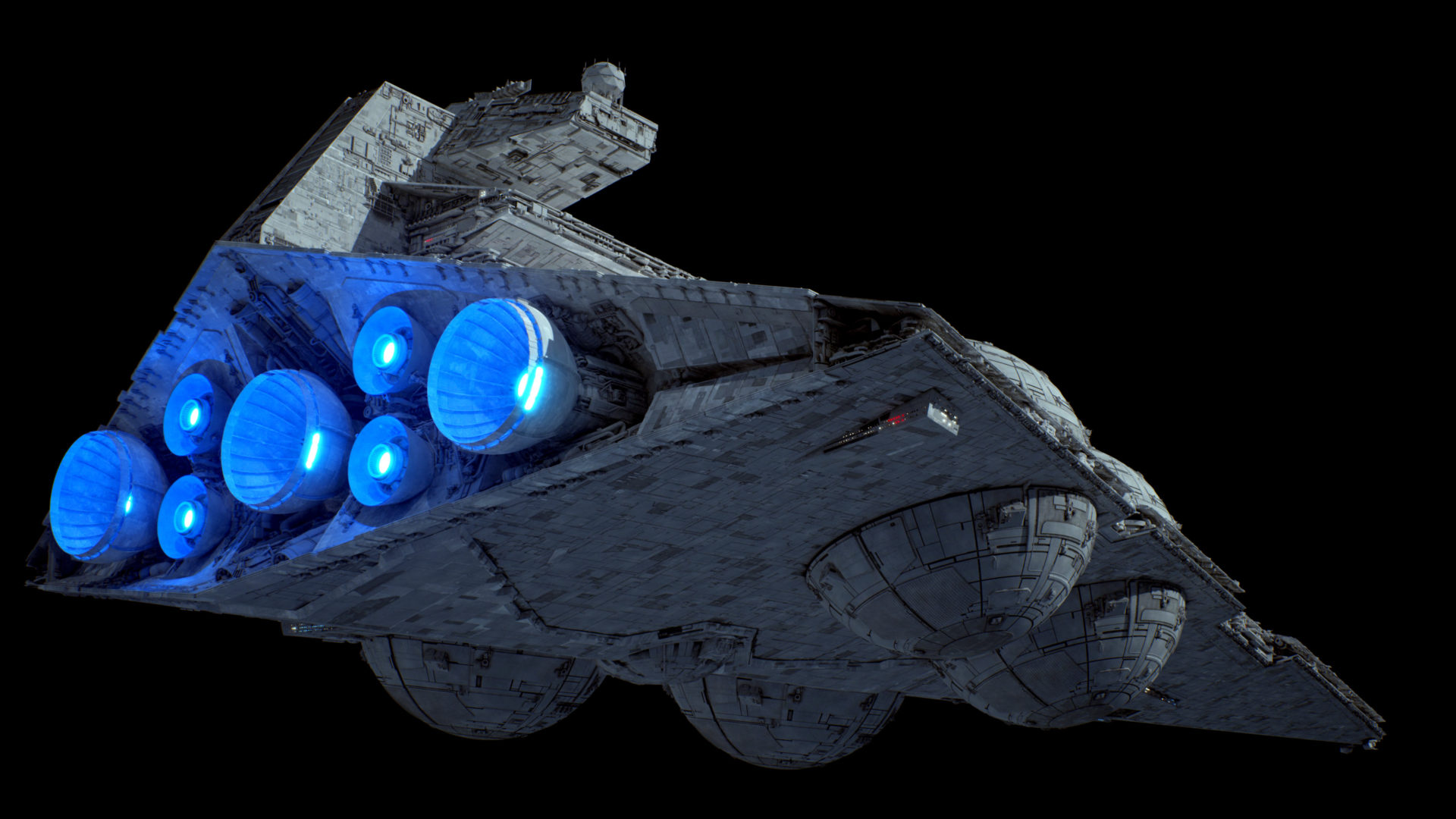 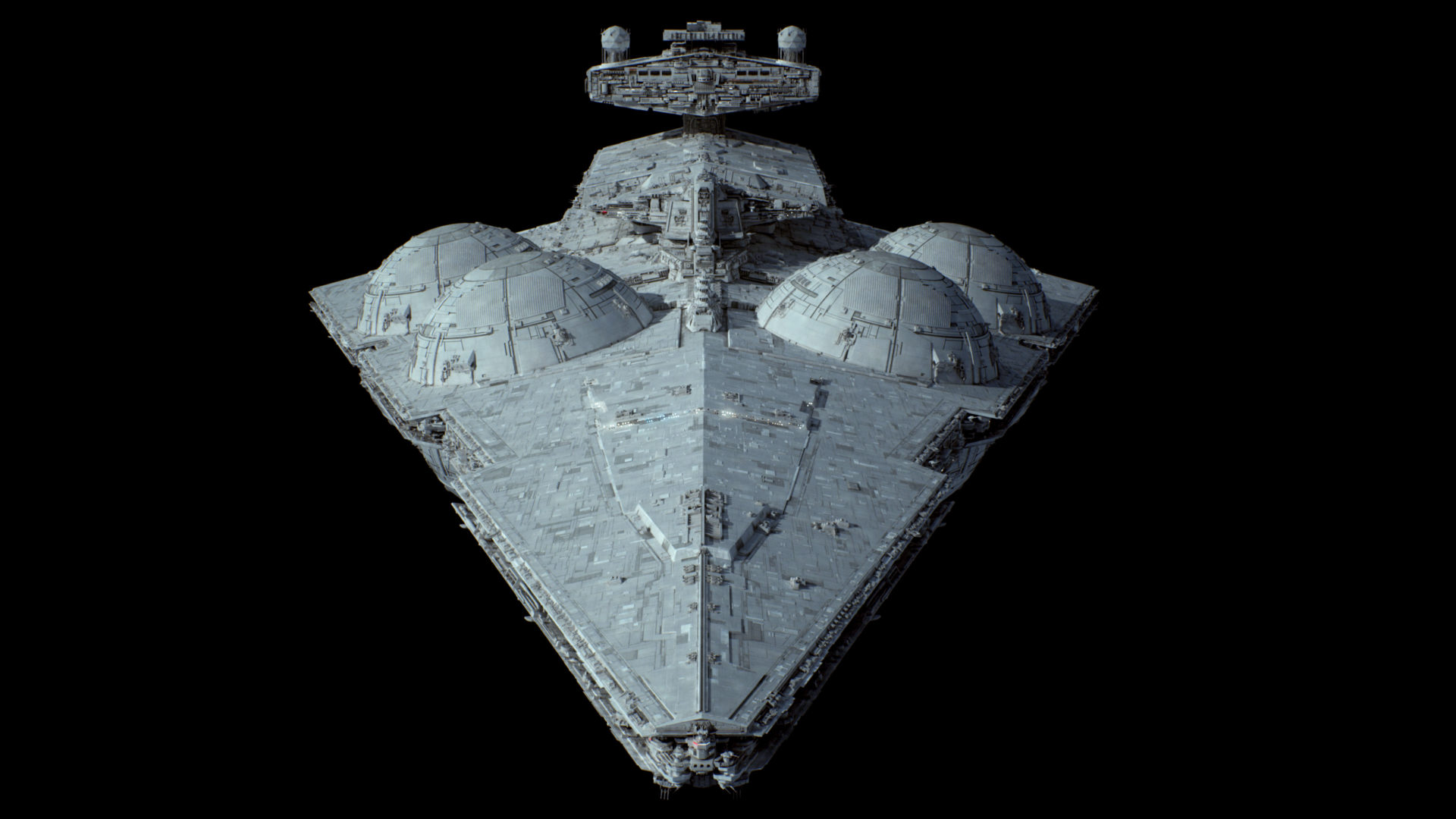 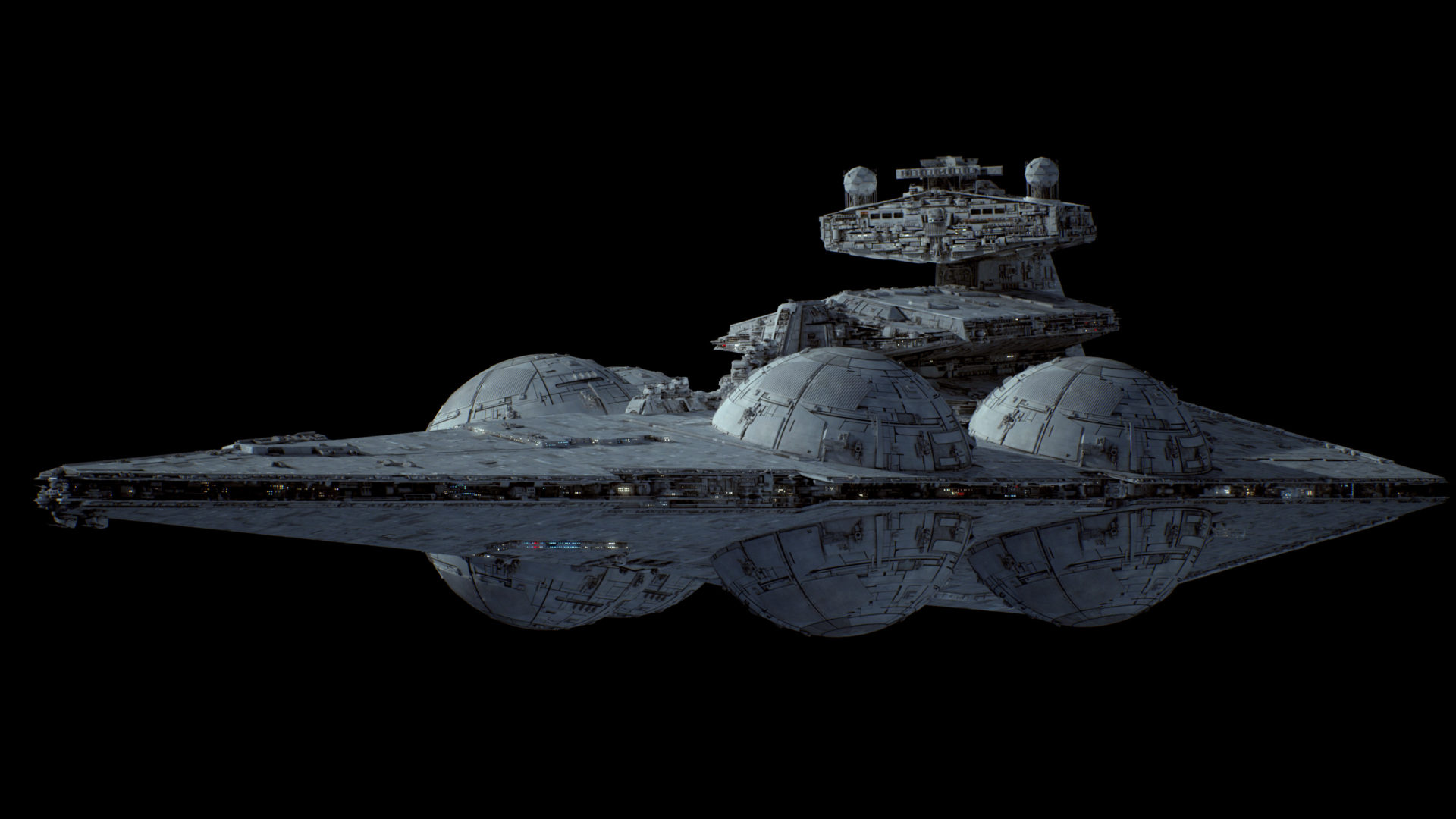 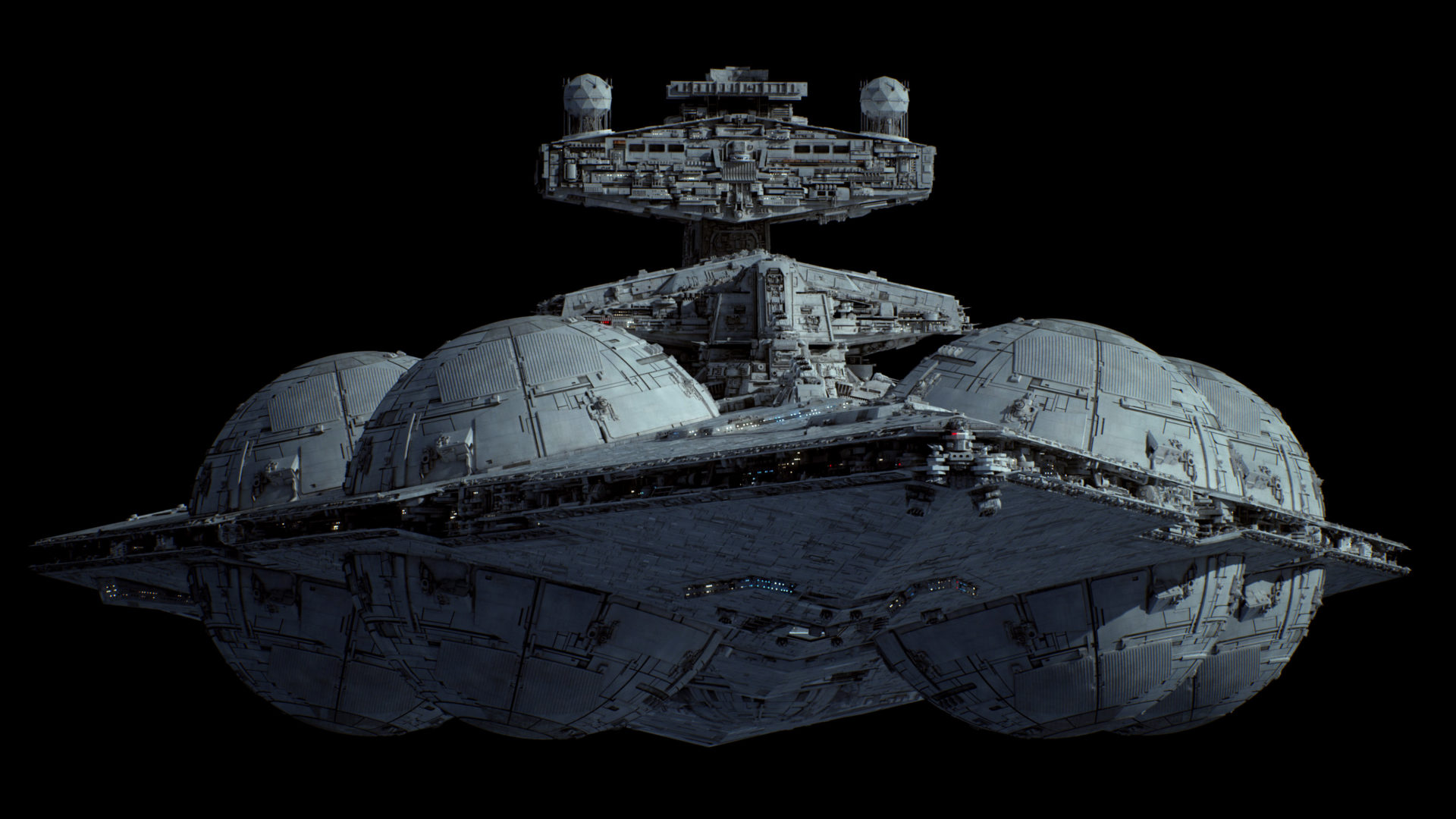 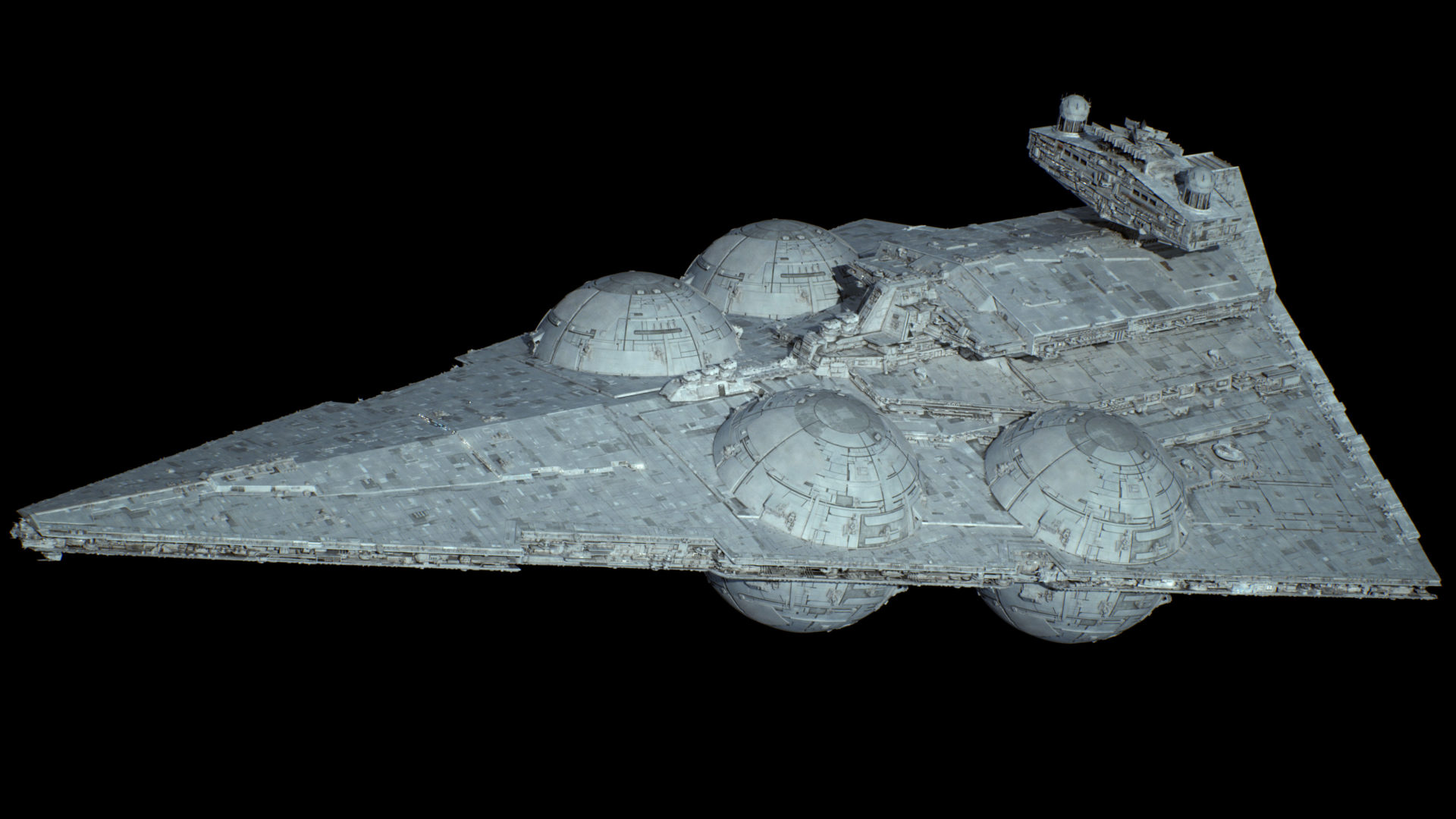 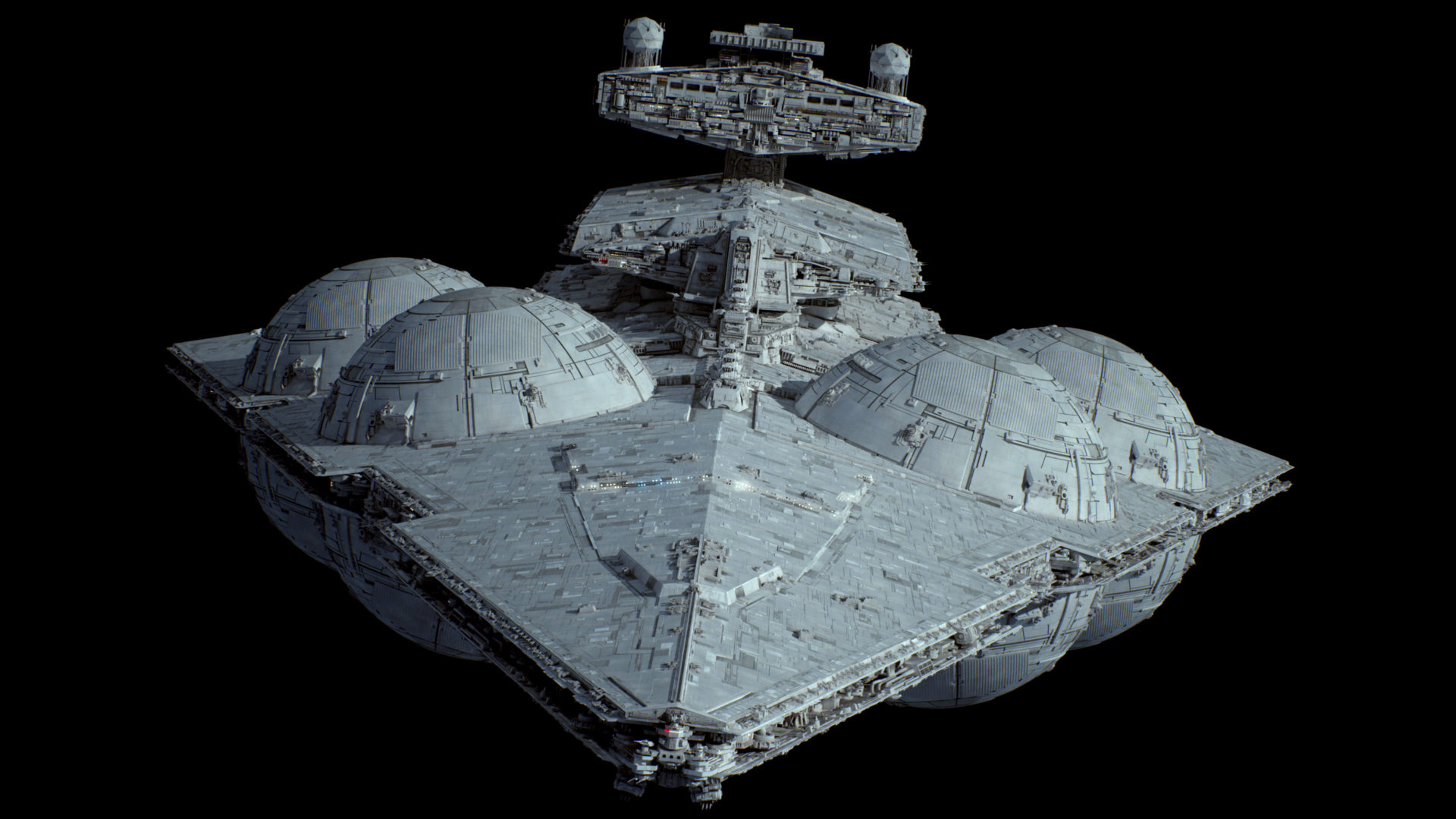 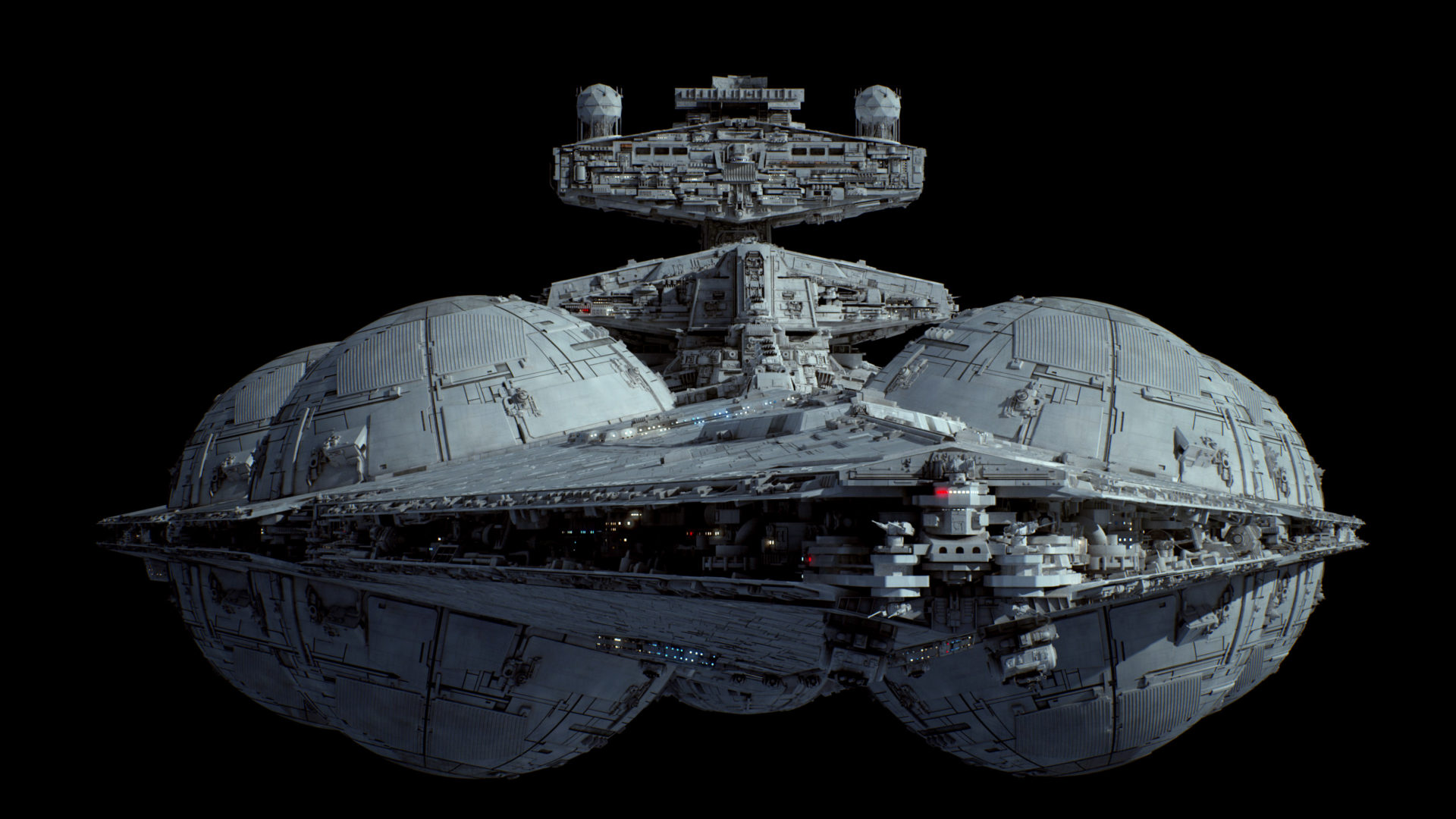 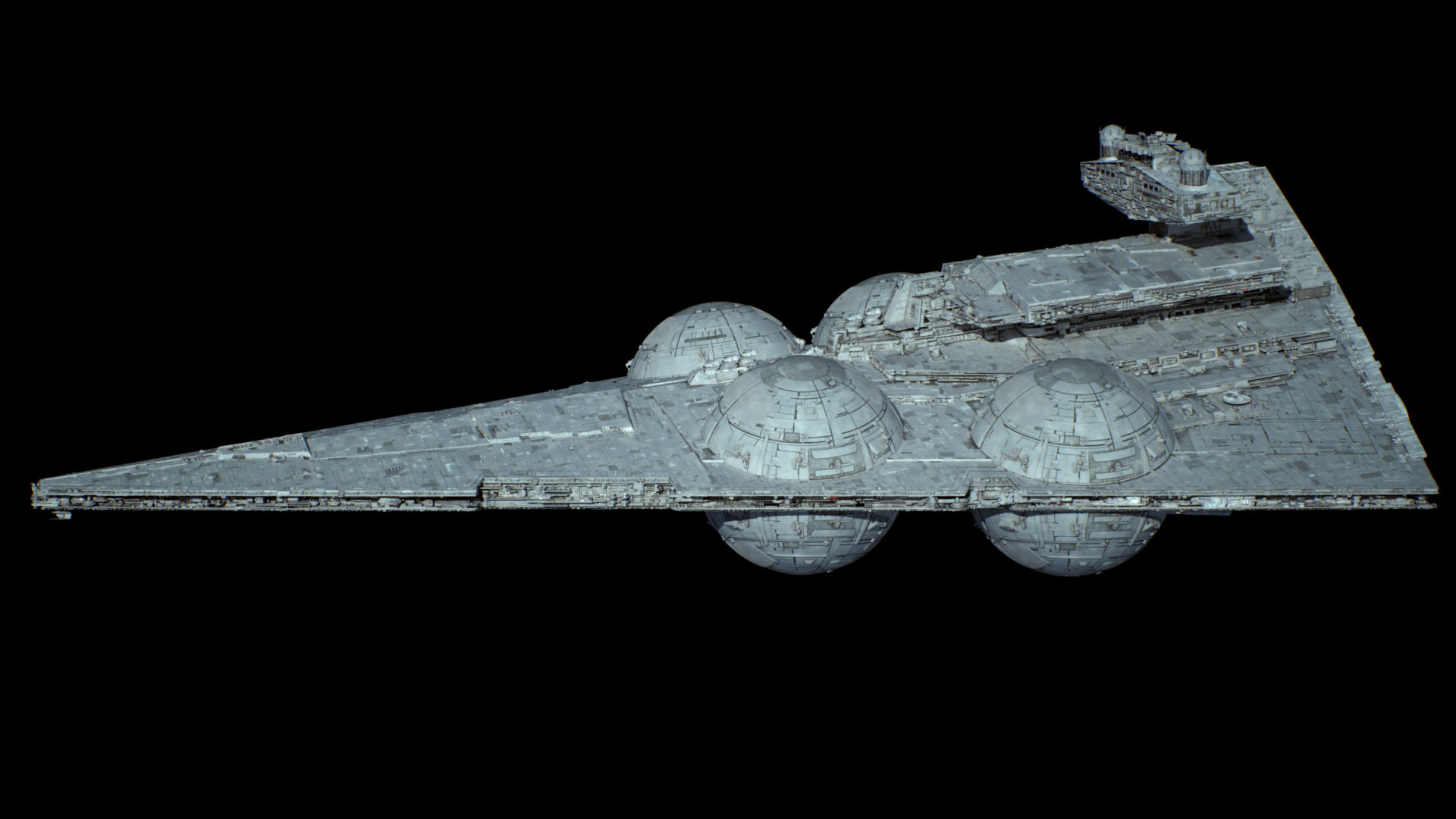 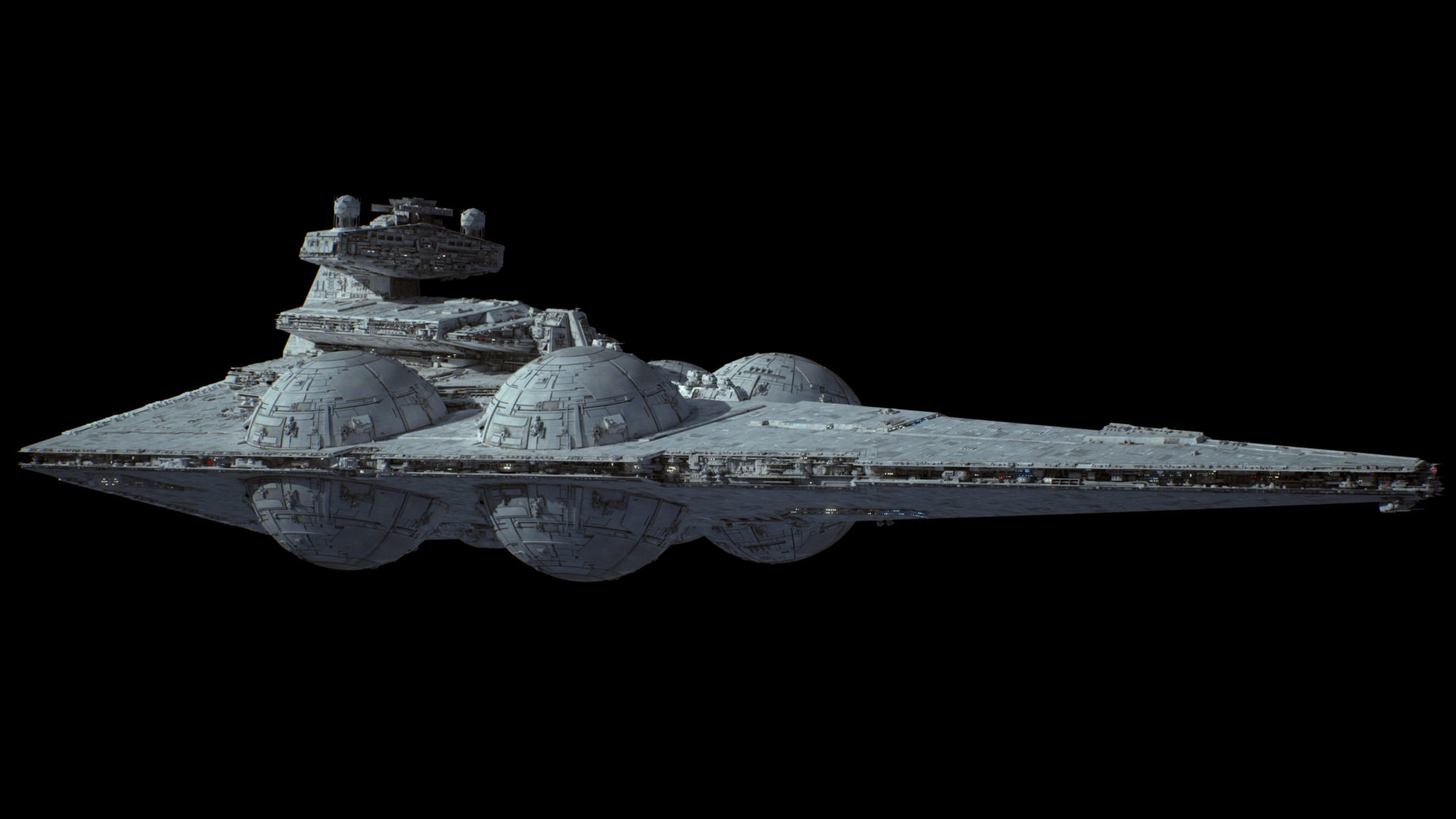 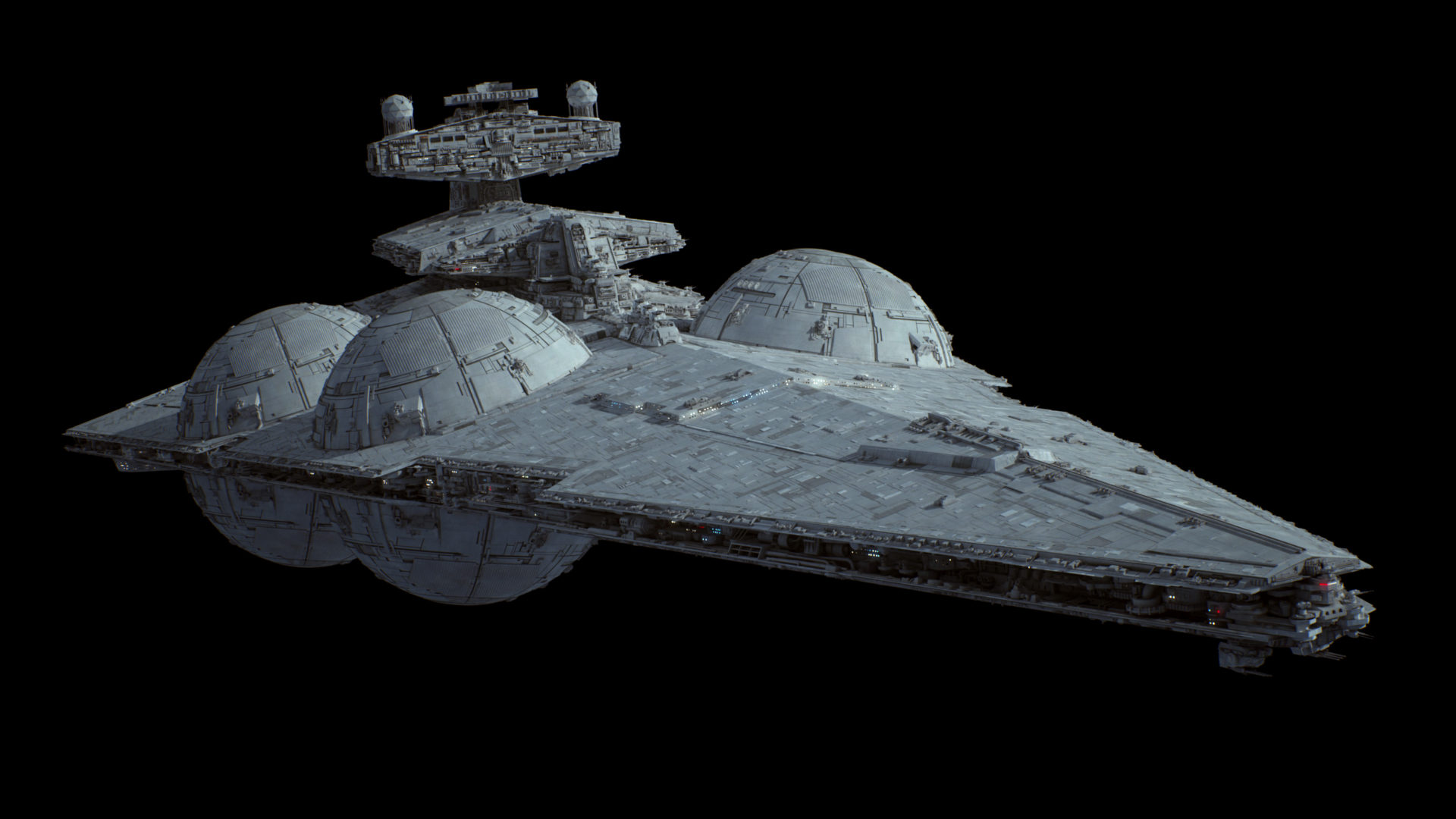 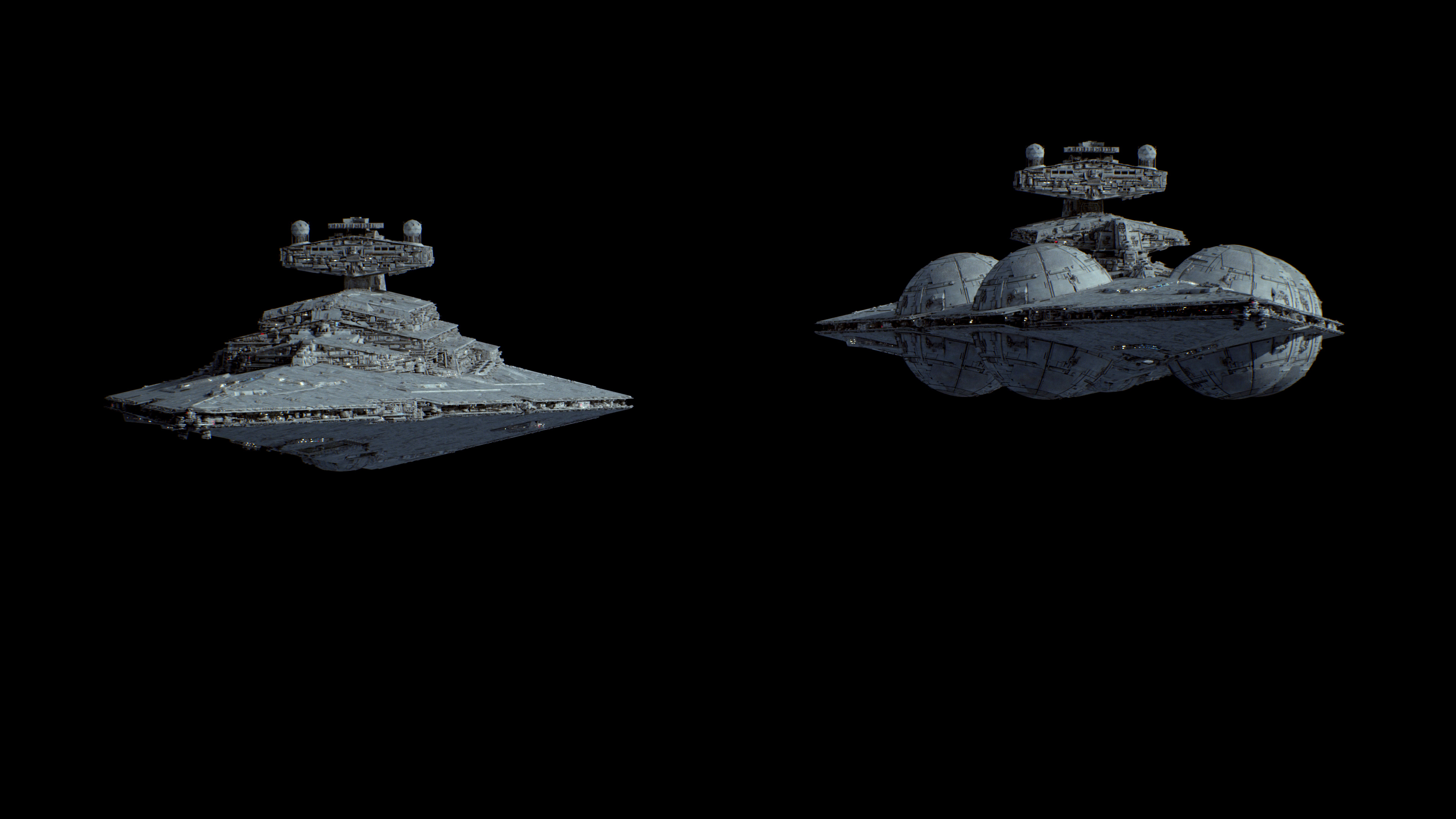 Personally I always preferred the look of the Interdictor from Rebels. It has a much larger feel and the bridge design just looks better in my opinion.

This is so cool

Acne-covered teenaged Star Destroyer. What makes it ironic is that things are attracted to it.

I’ll show myself out.

those 4 balls on the dominator, are they meant to pull out things in hyperspace.

As far as i’m aware , they’re the “graviy well generators ” so yes .

Do you release your meshes for people to use? I am very interested in this one. Is this done in Lightwave?

I love how the gravity well generators look like Puffed up cheks or even brests LOL.

Sweet looking Dominator. I can only imagine the work you could do in pen and ink.

she’s damn beautiful is what she is!

Are the three holes at the tip of the ship (under what I’m assuming to be a secondary bridge of some sort) missile tubes? Or do they serve some other purpose?

Those are probably tractor beam projectors.

What is the purpose of the added superstructure beneath the bridge tower? Is that to replace room within the ship that is now being taken up by the gravity well generators?

Looking at the side-by-sides with the standard ISP it looks like that bit of superstructure is all that’s left of what’s been taken away rather than being added.

But, whatever you want to make is fine with me.

The next redux I think Fractal is going to do would either be the Procursator, Altor, Impellor (And Compellor after that), or Secutor. I doubt that the Assertor will be next, but it will happen much later.

Would be interesting to see the Demolisher/Gladiator. Not sure about the Harrow.

Look at those huuuuuuuuuuge…tracts of land…

Your work never fails to impress. Very nice redesign of the traditional Imperator to make room for the gravity well generators. However, I can’t help but wonder if the next logical step for the Empire might be to design a craft specifically for interdiction. Perhaps a small warship built around a single gravity well and featuring weapons emplacements only for defense. It would be the central vessel of a wolf pack with a few other support craft to do the fighting, such as a few frigates and maybe a single light destroyer. Another possibility is a sort of mobile battle station that would travel with a war fleet. This station, probably symmetrical in design, would feature multiple gravity wells generating an enormous overlapping field to trap an enemy fleet in a battle with a superior Imperial strike force. With escape impossible, the rebels or pirates or what have you would be forced to choose between surrender and fighting to the death to destroy the station.

I suggested something similar for Fractal’s Modified Imperial Customs Corvette. Instead of a dedicated hanger, you could have a series of plug-and-play modules for different mission configurations, like a mini modular task-force cruiser.

Arguments for/against multi-role vessels vs. specialized designs aside, one of those mission configs might be a gravity well projector and dedicated power supply.

Warship with gravity well and defensive armaments is practically this ship and to a lesser extent in regards to defense, the Immobilizer.

This type of design with a skeleton superstructure has been around for 20+ years, but this is the best one yet

I wonder what the tactical advantage of having multipe gravity well generators could be.
Would they work in unison to create one four times more massive gravity well? Would they spread out the mass shadow to form for example a line of four gravity wells? Or would they be used to cover different firing arcs?
And while whatever is being emitted from the generators obviously isn’t affected by the hull of the ship (at least not by the domes), can one generator aim through another generator?
Still working on a concept of what could be under the domes: https://countvertex.tumblr.com/

I would say block many approaches versus blocking one at a time. I don’t think they have “arcs” per se.

For example, consider the Hoth system. In the space shots of Hoth, multiple small moons can be seen in the space around the planet. The astrographic positions of those moons complicates astrogation in close to the planet, limiting ships to either specific courses out of the system or requiring them to stay in space longer while they bypass the gravity well of a moon/moons. Throw an Interdictor into the mix and it can use artificially generated gravity wells to “plug the holes”, so to speak, putting “virtual moons” in orbit around the planet to further complicate the hyperspace calculations of escaping ships and forcing them to remain in realspace longer than they otherwise would.

each sphere is a single hyperspace interdictor. so each ship of this type, can block 4 targets

Excellent work on this one as usual. In universe however I would have words with the designer. Sacrificed heavy guns, limited arc on those it has, and the Grav Well Projectors take up most of the hanger space. Basically wasting an ISD hull instead of making a purpose built Interdictor. Do you think that in universe this was more an early prototype for proof of concept or a regular ship they built multiple of>>

It’s basically an interdictor that doesn’t have the power draw issues of the Immobilizer and can defend itself such that it can’t be swept aside by light frigates and such. Hangar space here is the same as a Victory, and isn’t really the strength of an ISD anyway. An interdictor for landing AT-ATs is silly.

A purpose built interdictor… I’m not sure what that would look like. All of them will compromise their warship characteristics in some major way given the structural and power demands of the projectors.

Speaking of the Immobilizer Fractal, are you going to make it soon?

Also the pictures of the finished Dominator redux here doesn’t seem to zoom in as much like your previous 4K pictures, why is that?

WordPress update has really messed with the posting behavior. I think I’ve fixed them. Try it now.

Just check the pictures and they are better, expect for the last picture at the bottom.