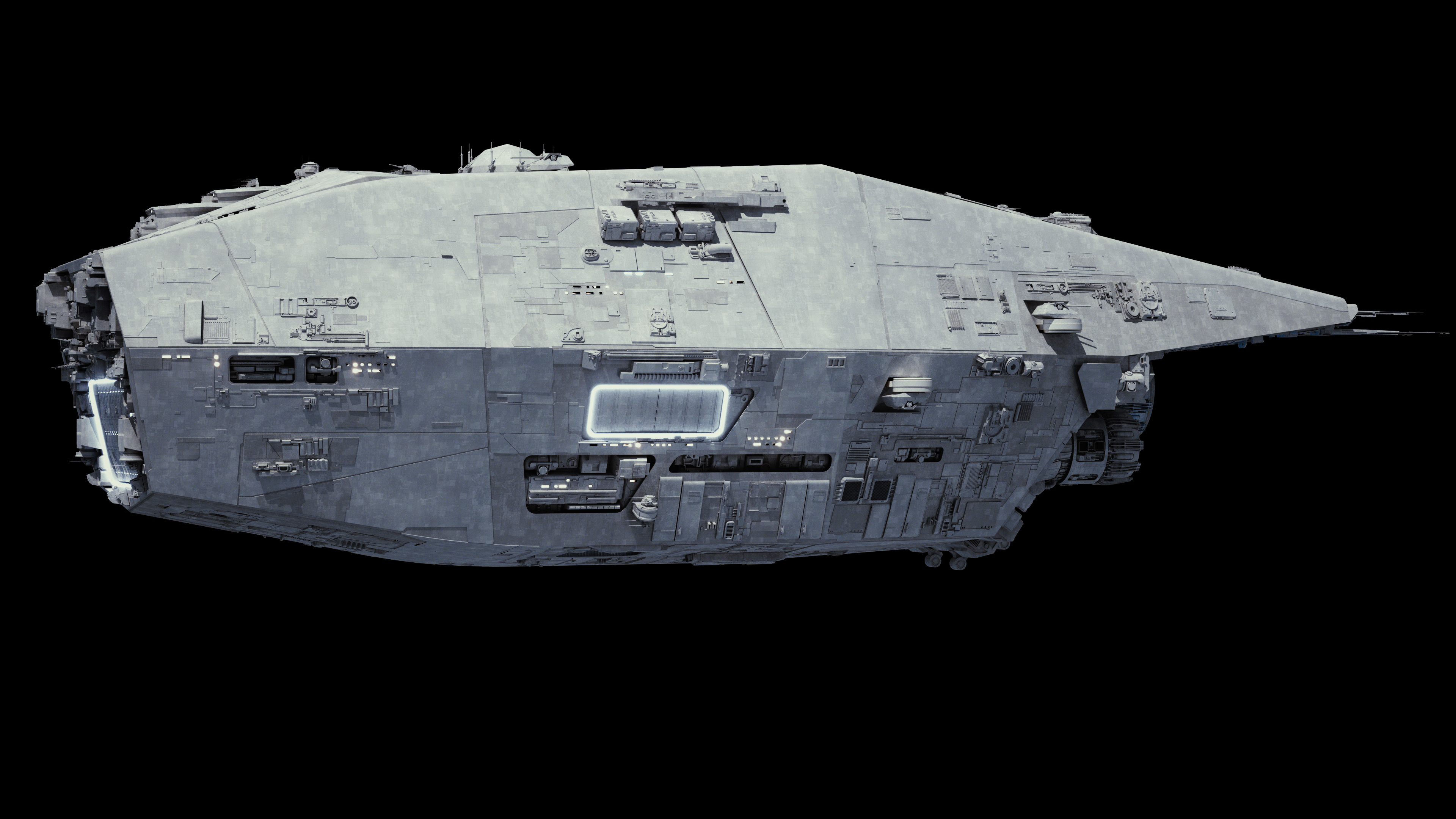 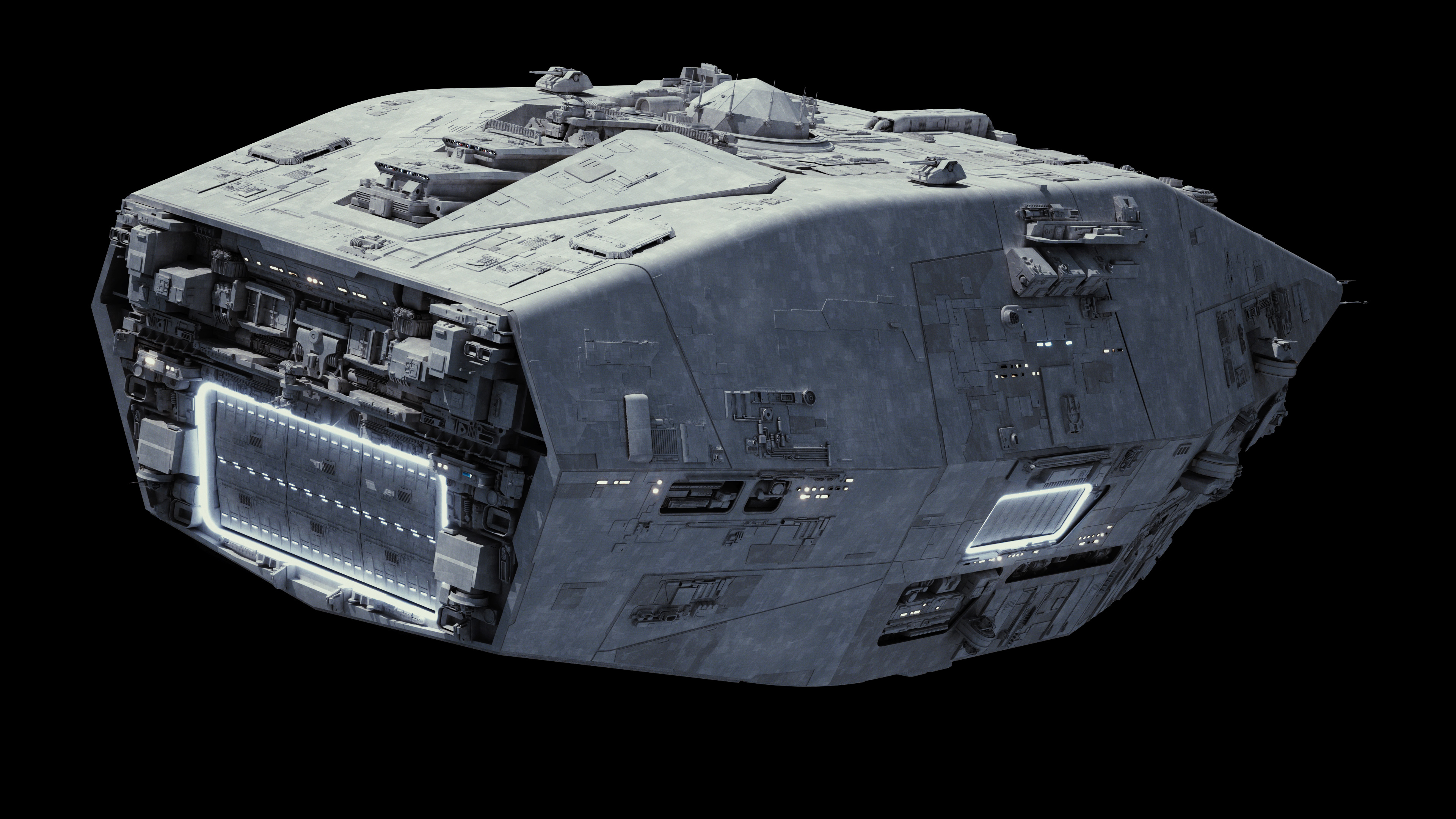 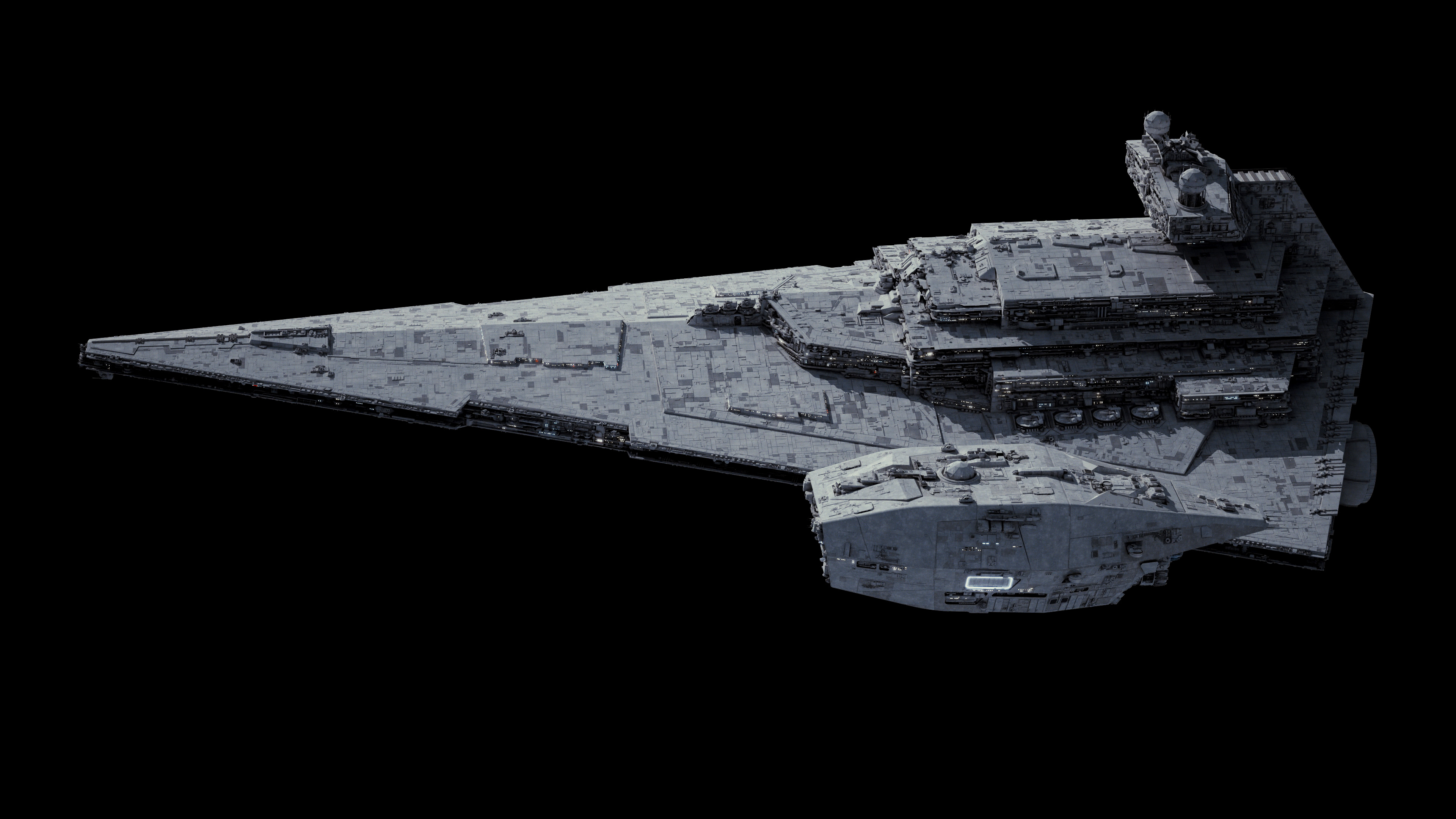 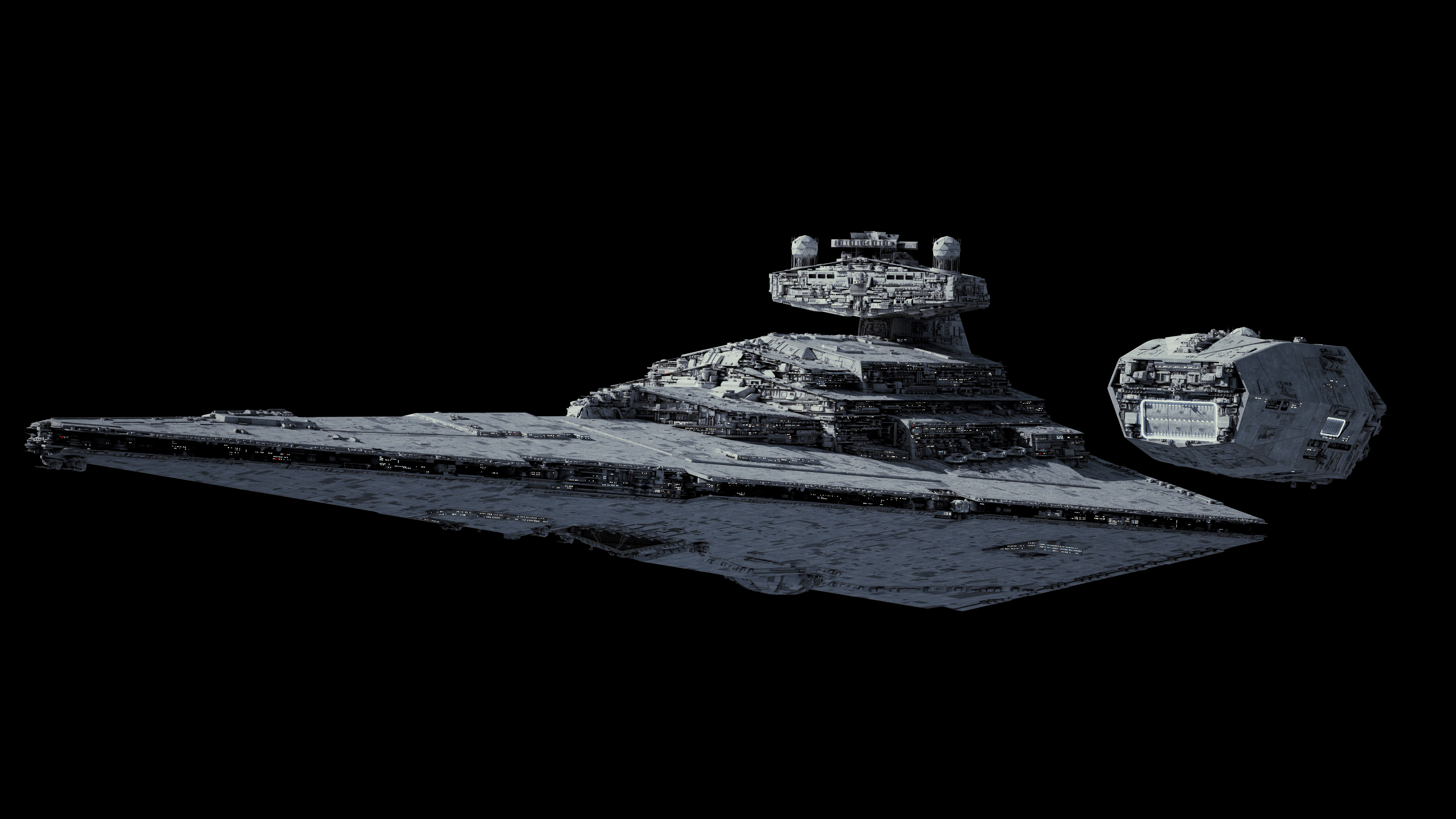 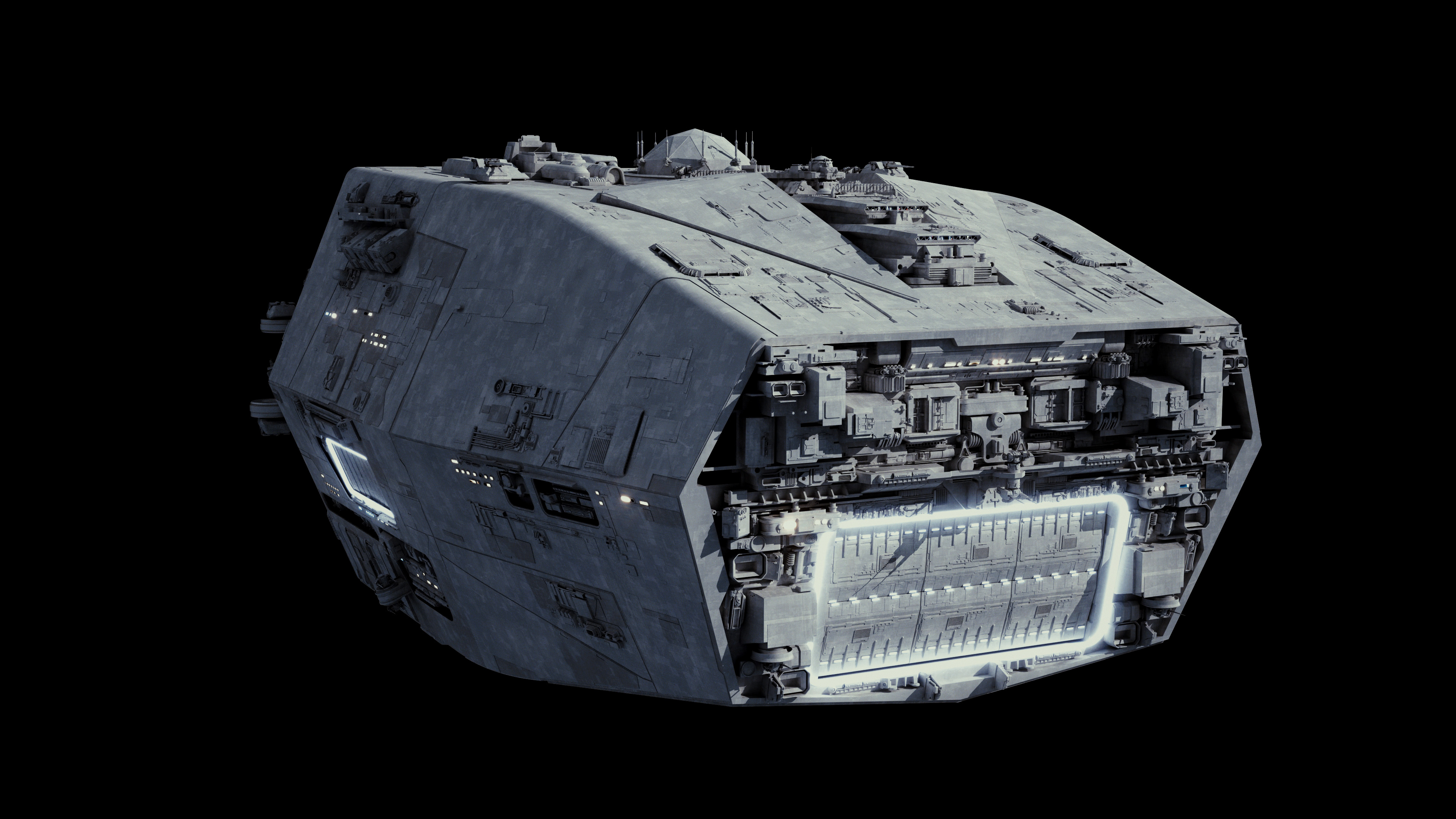 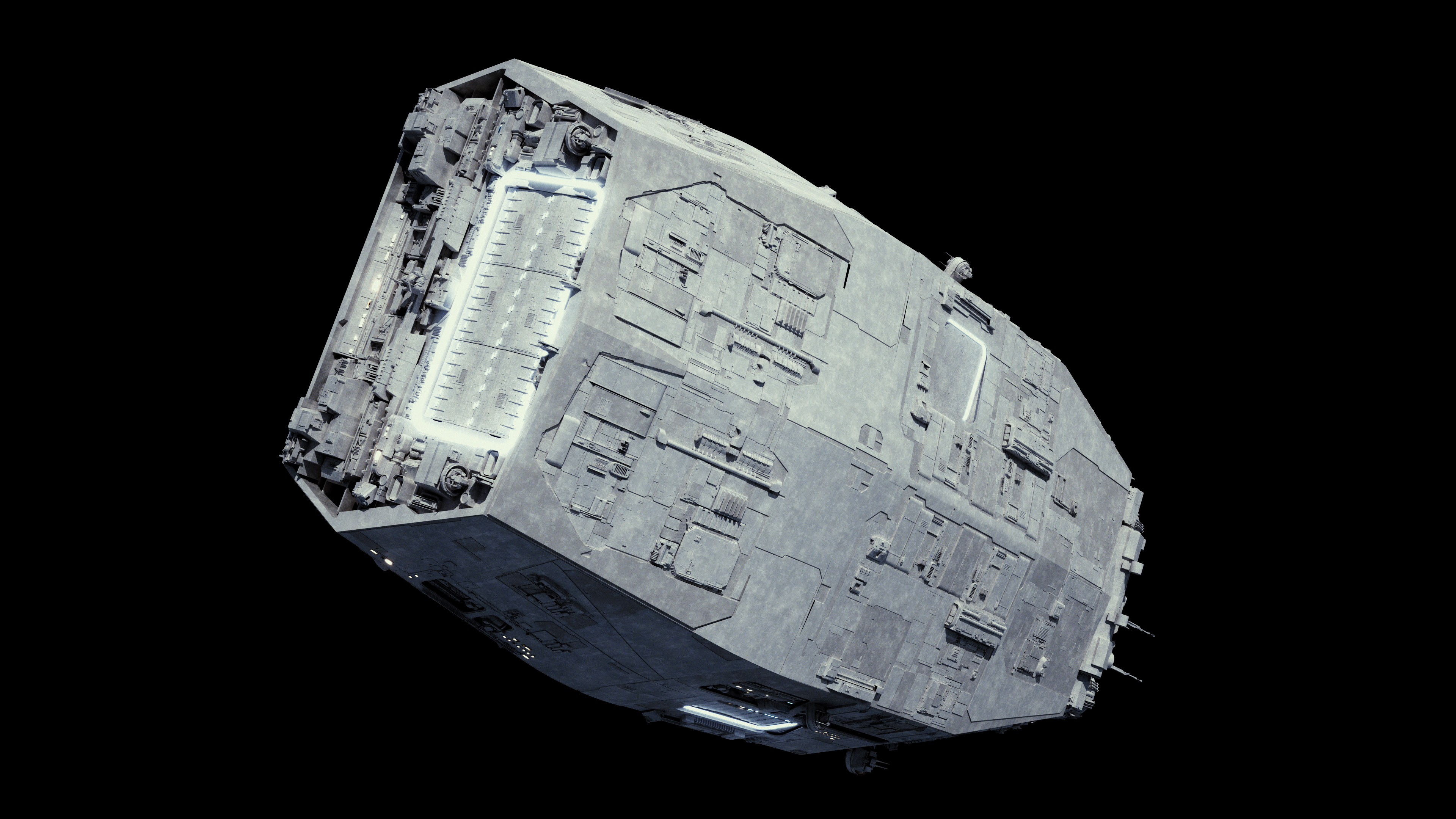 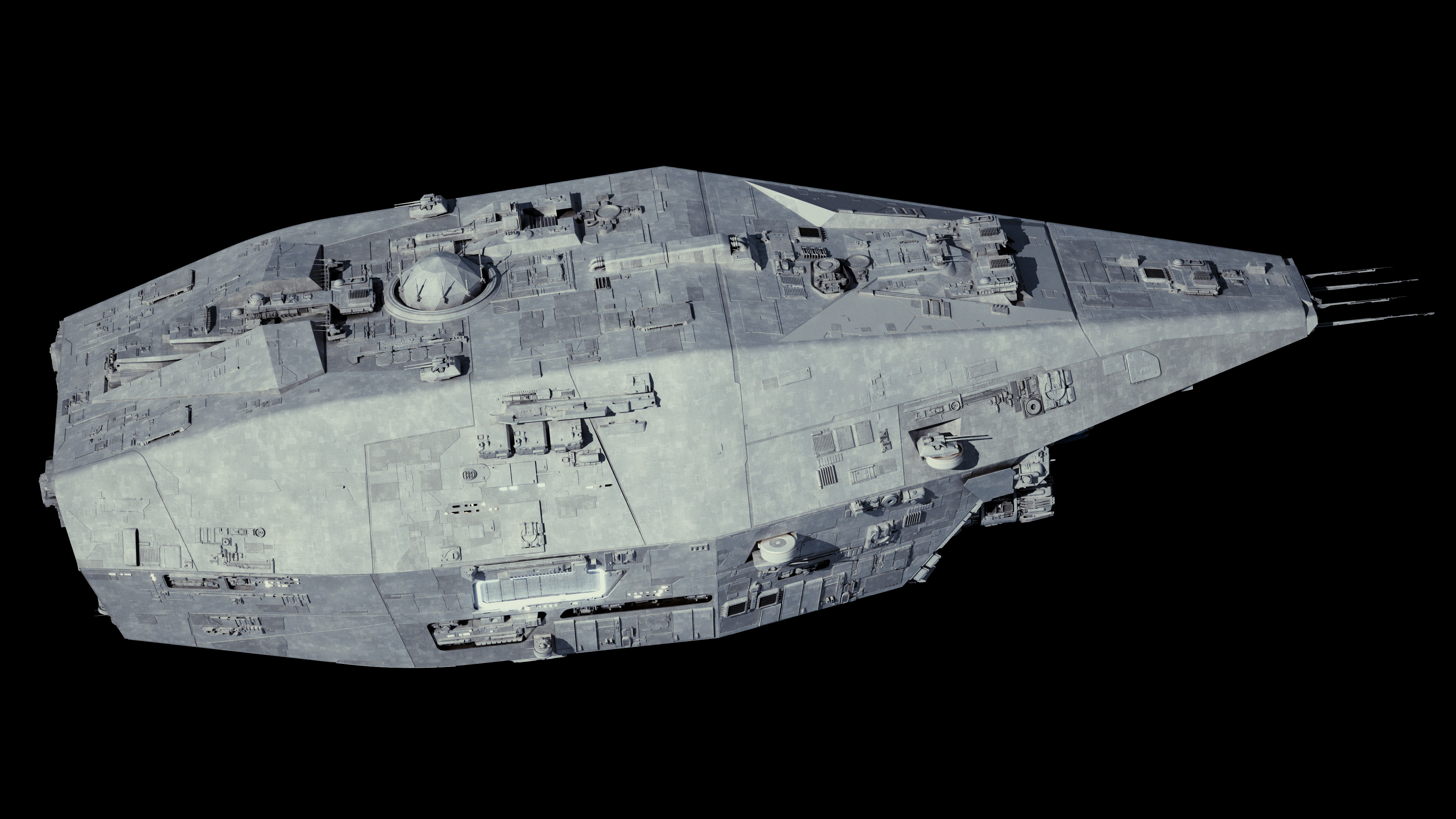 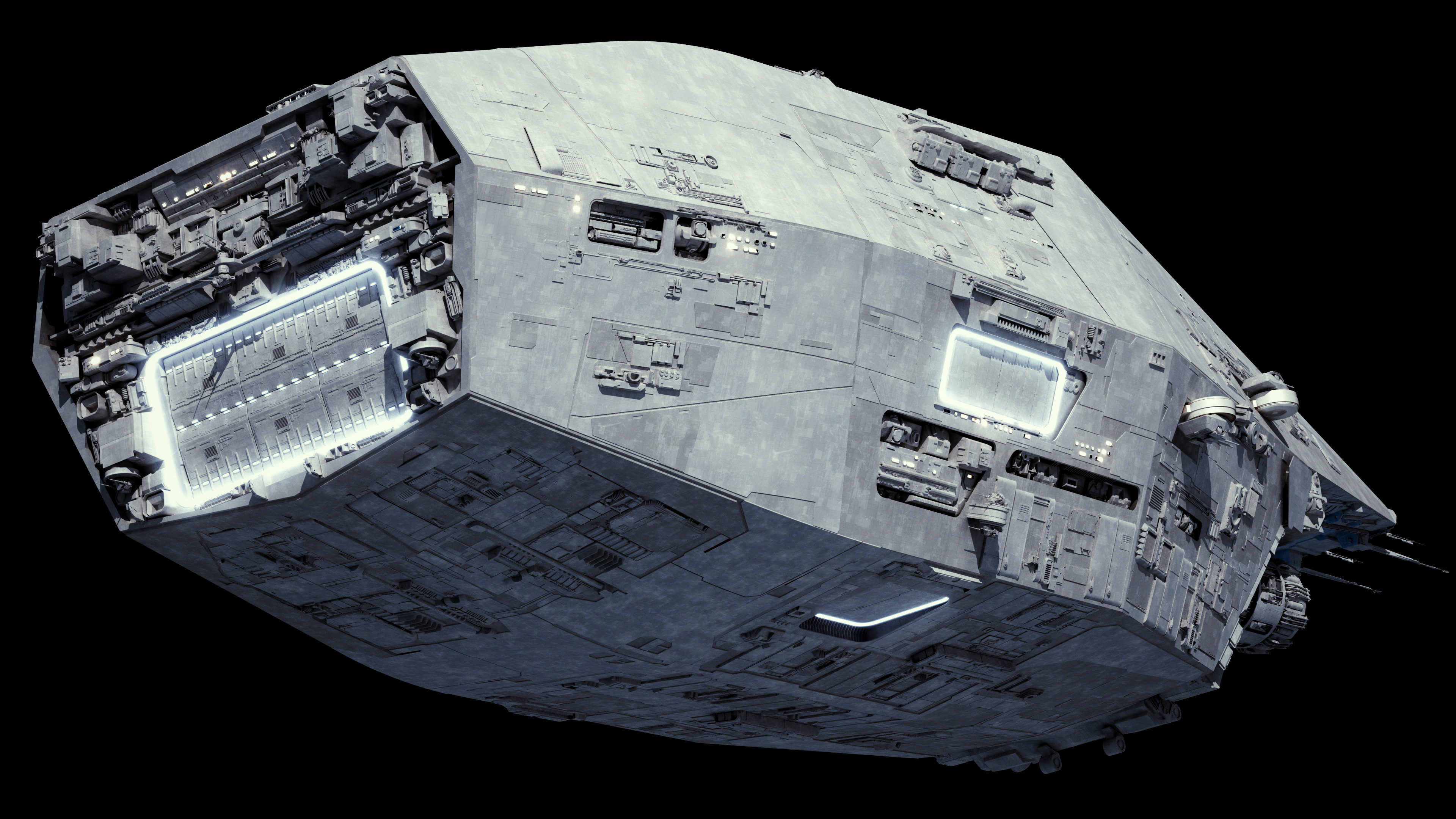 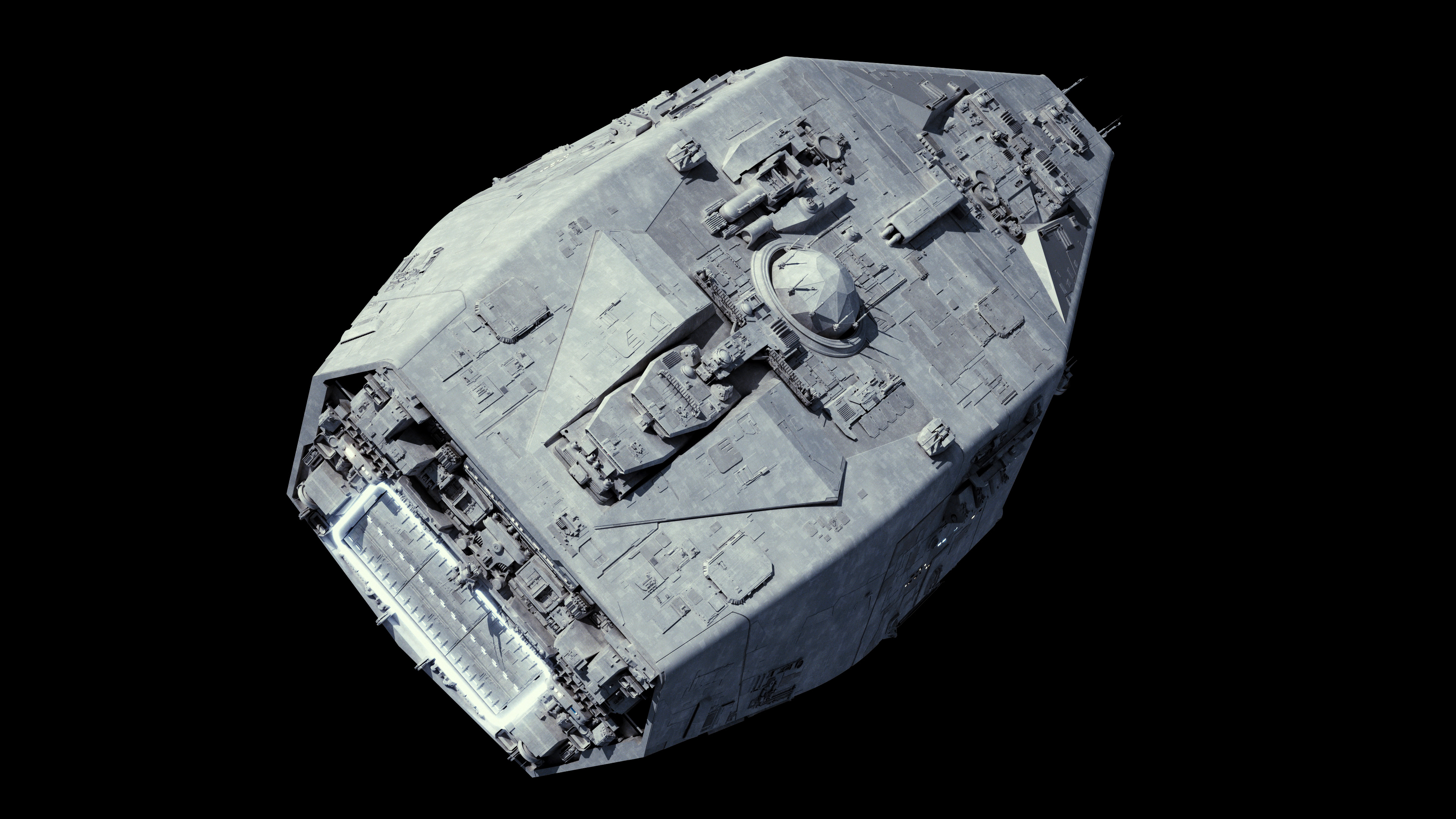 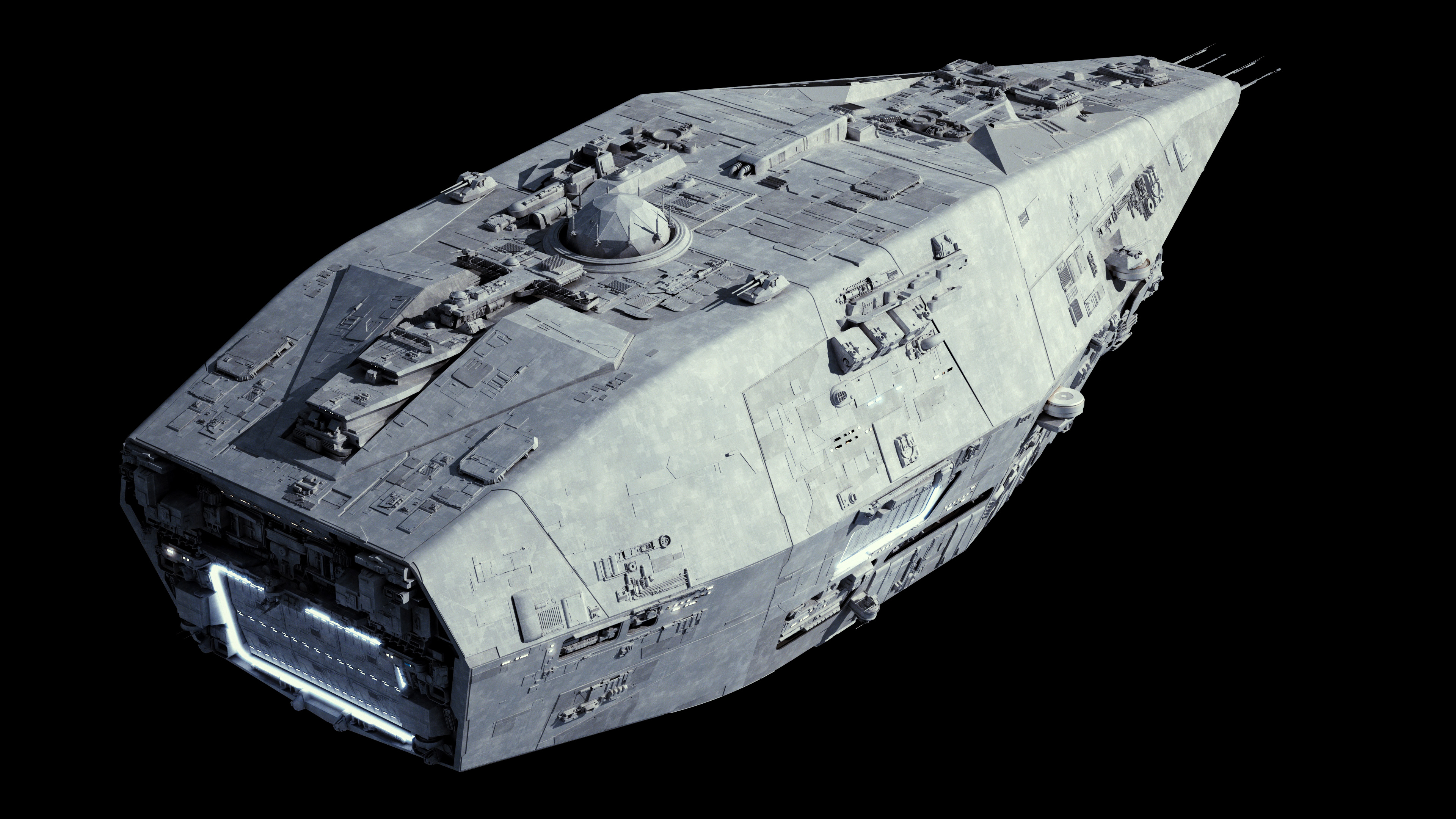 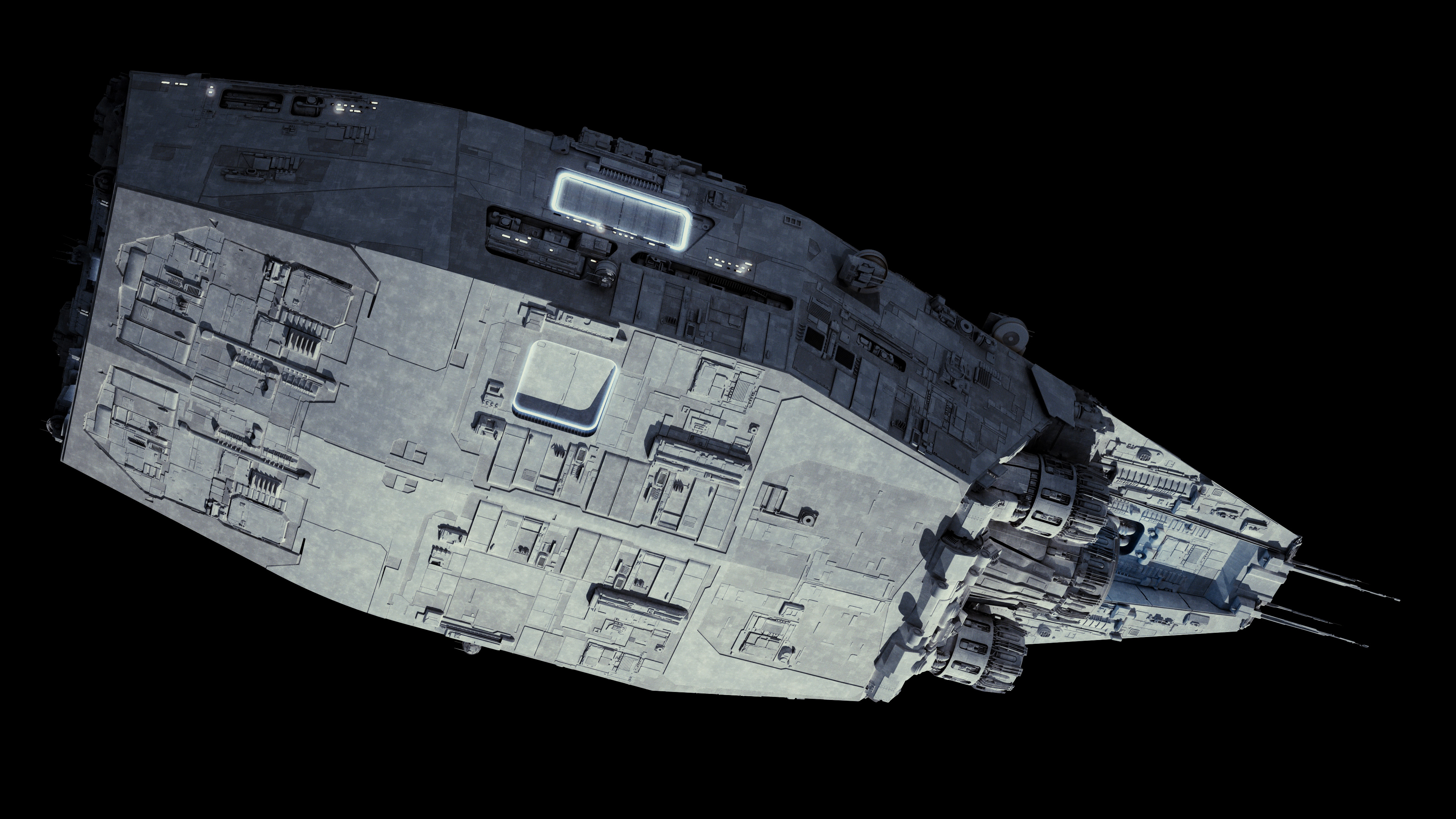 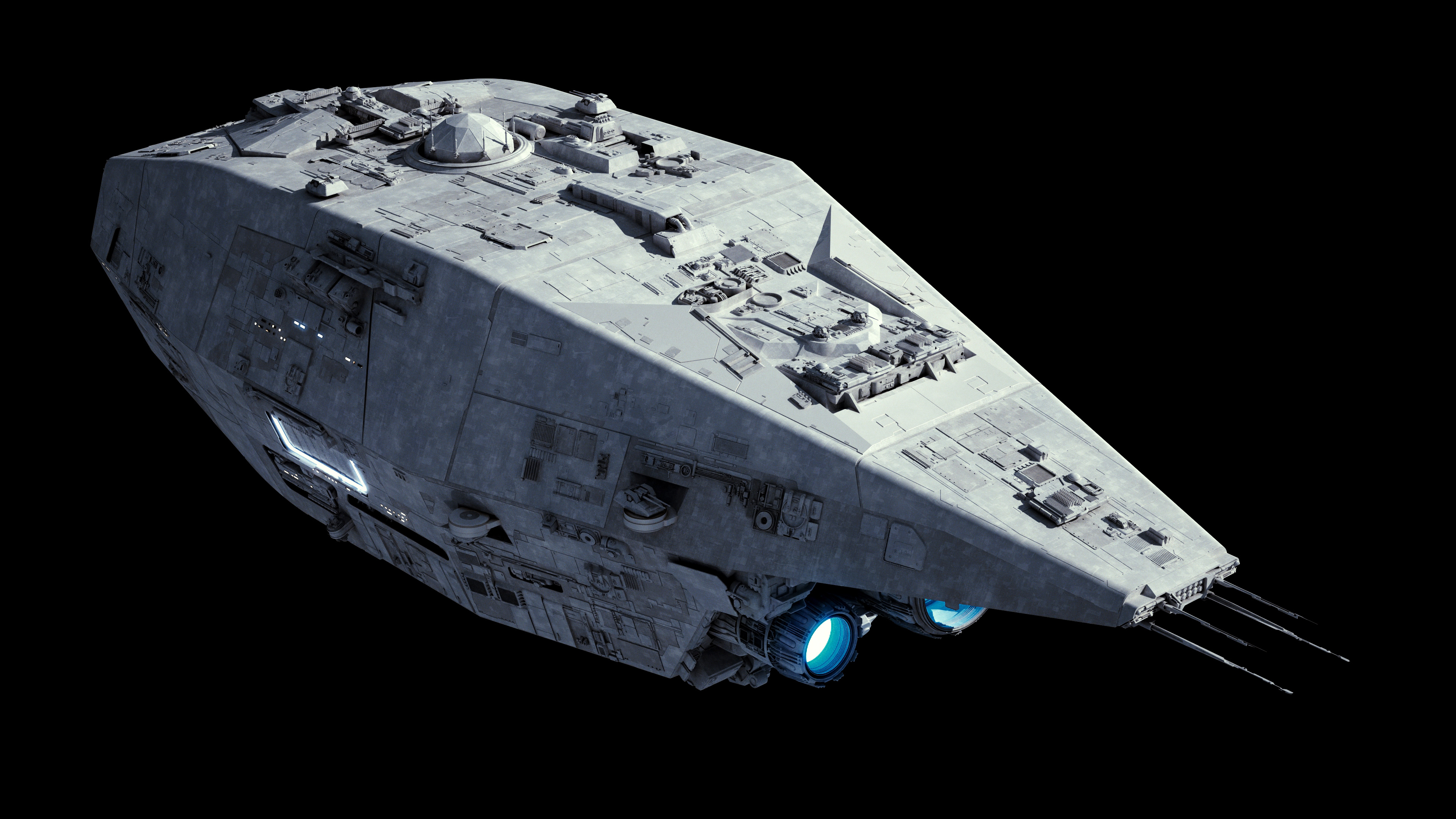 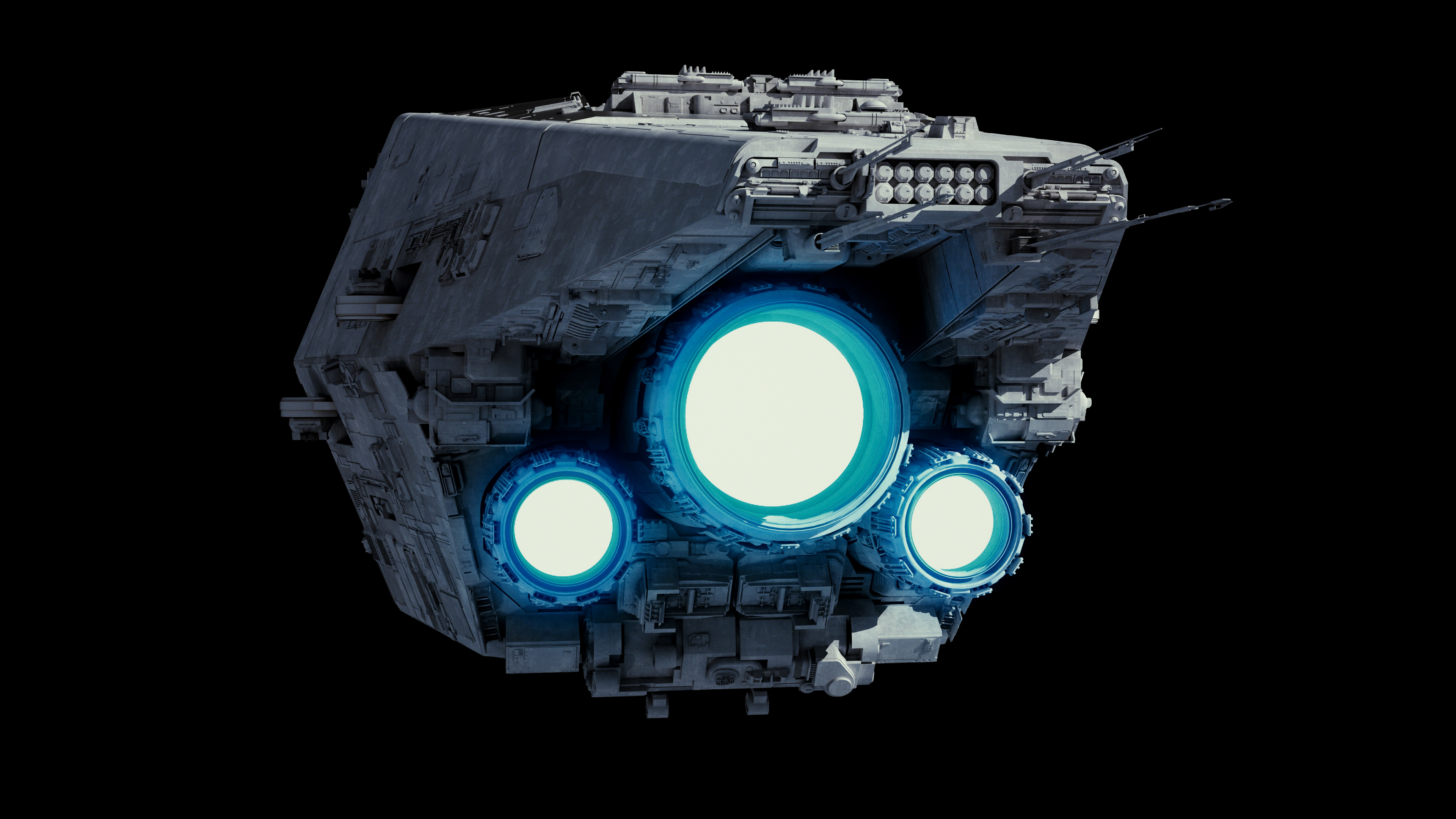 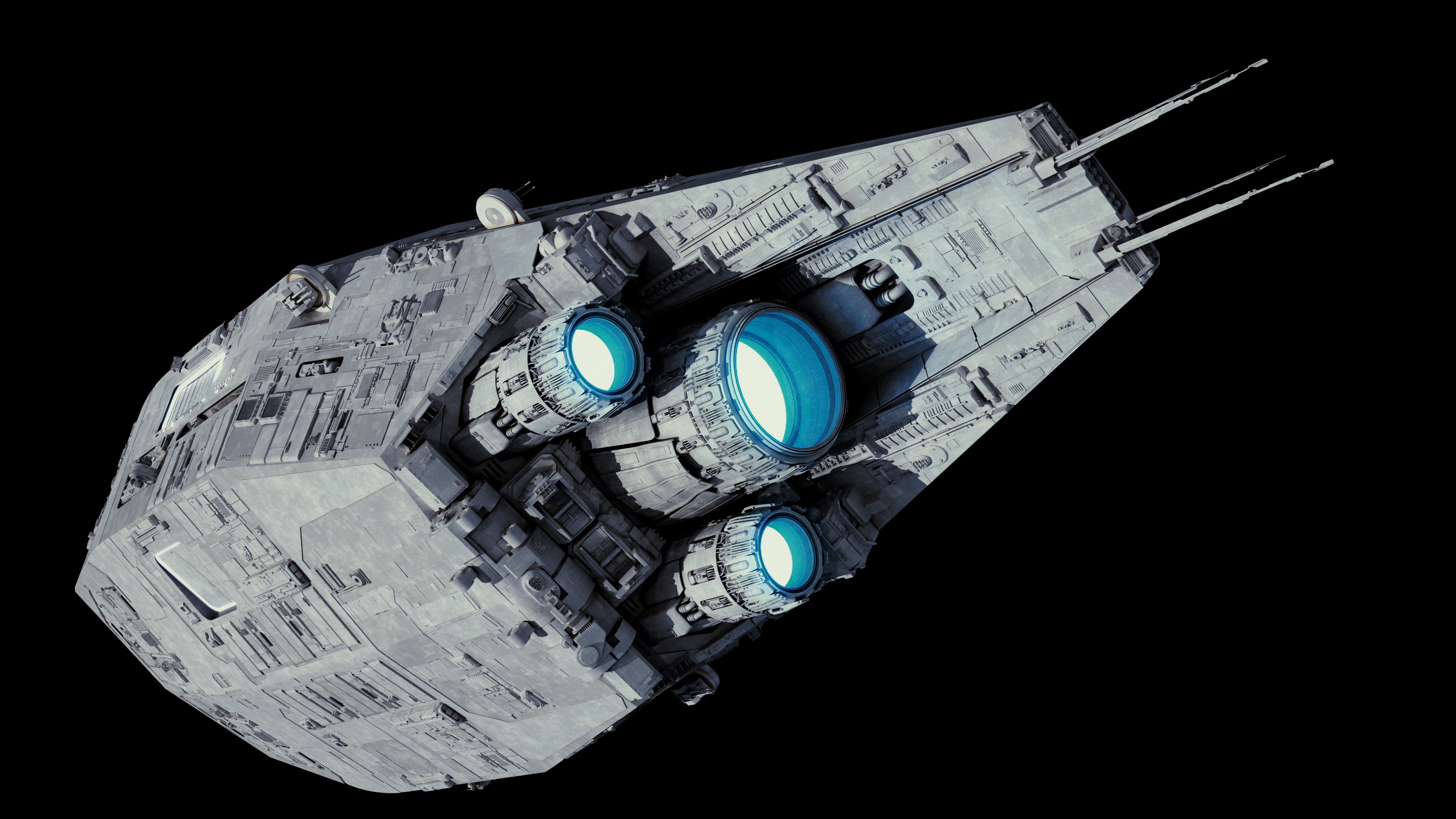 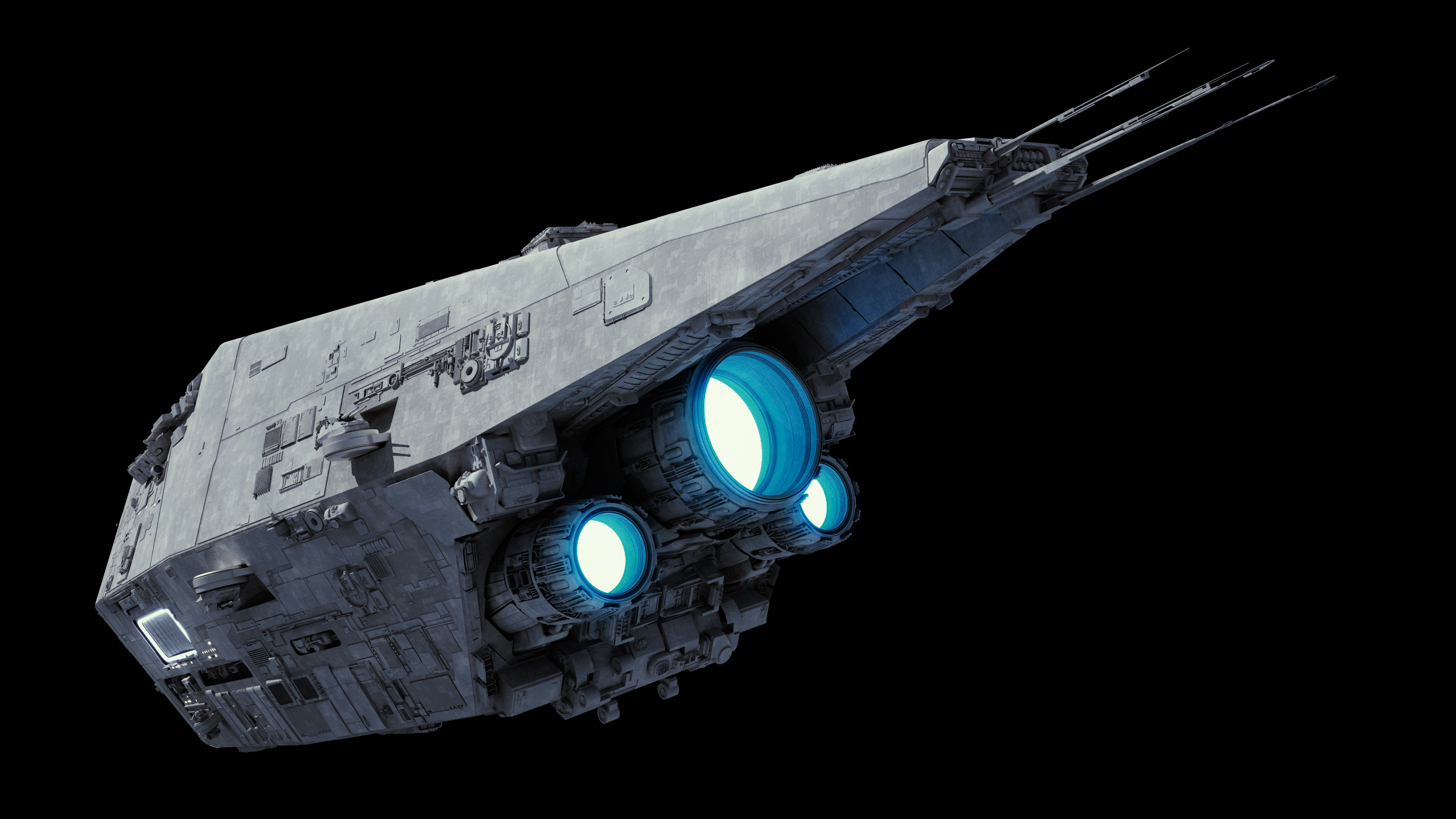 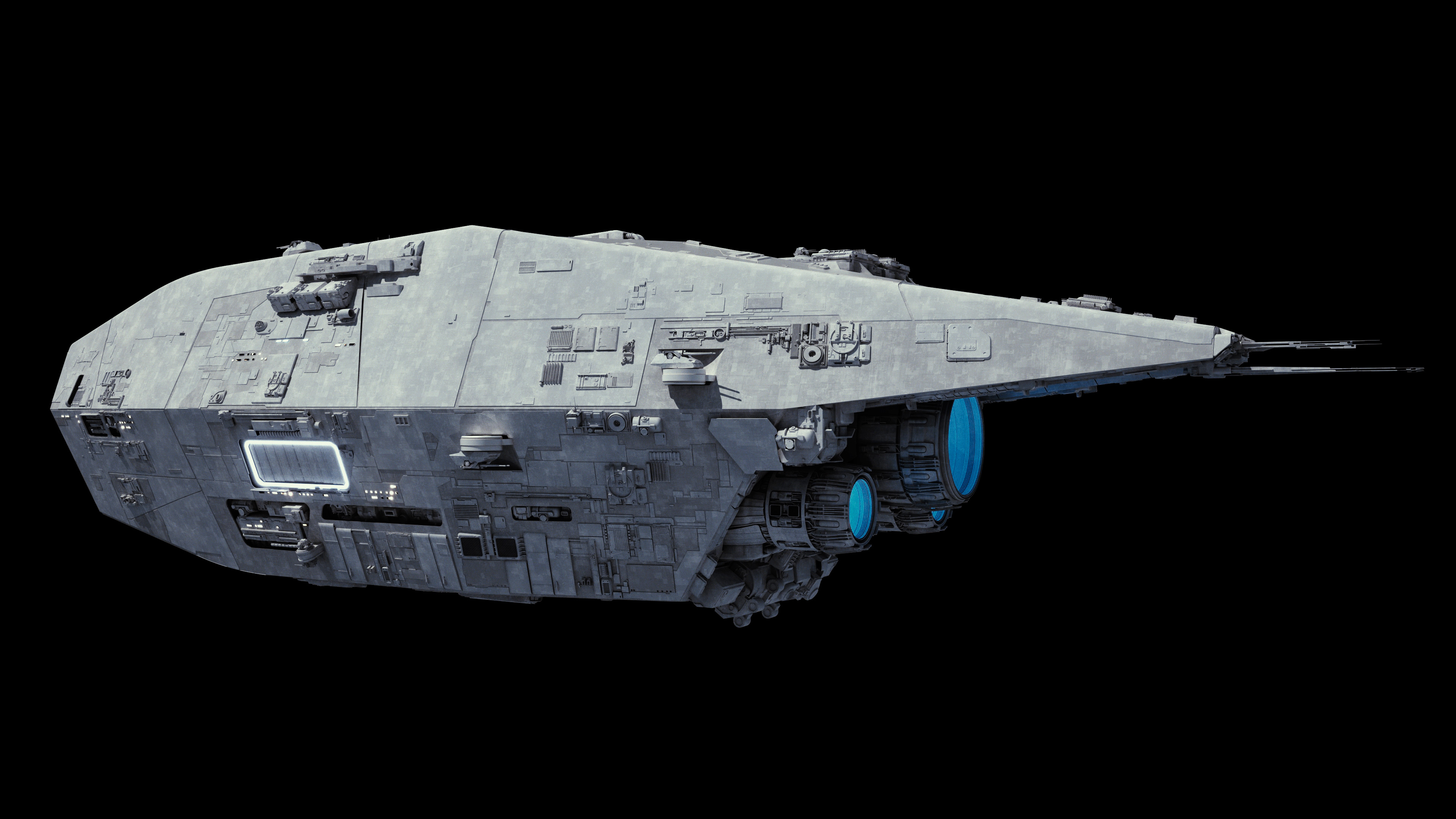 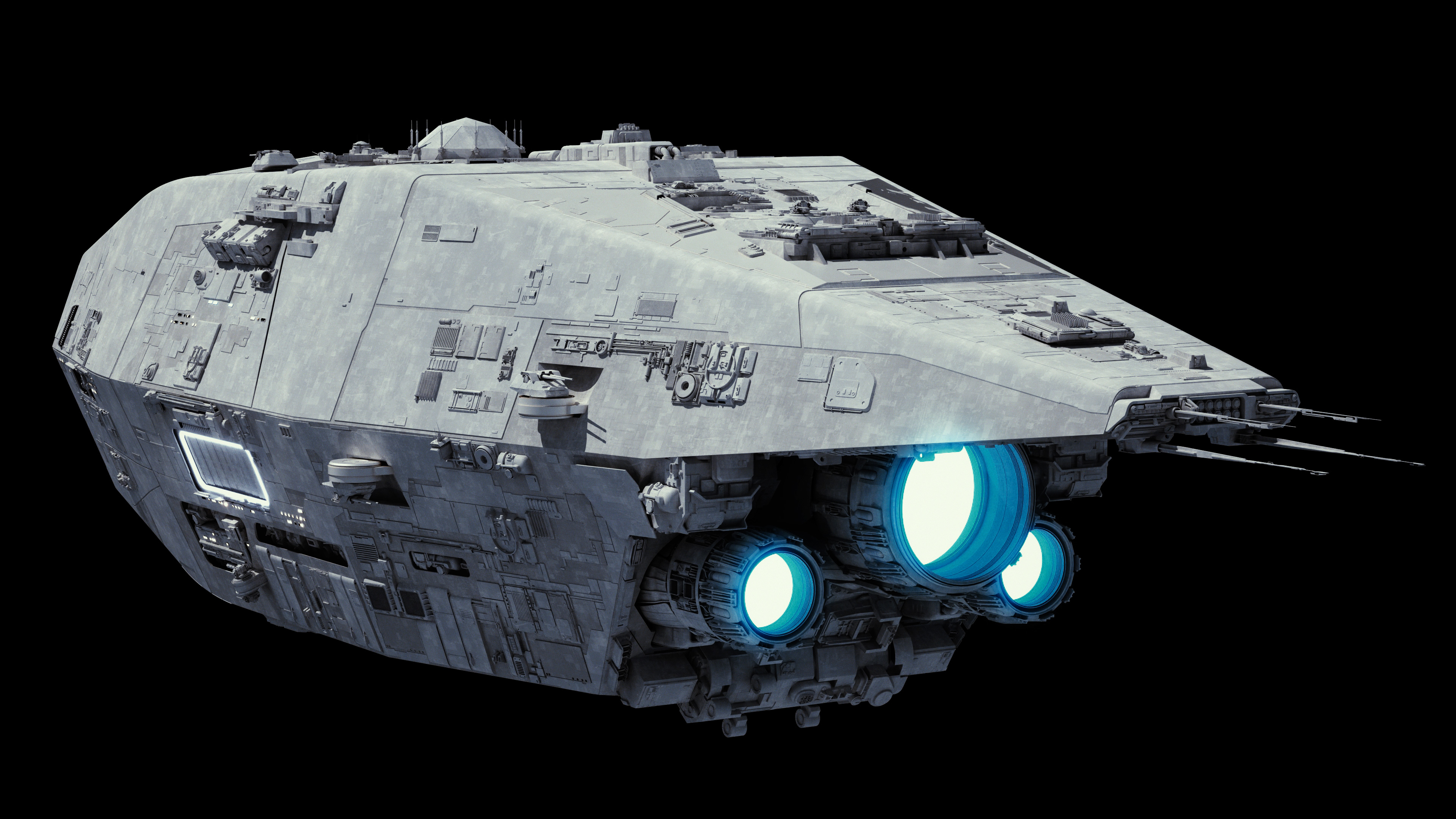 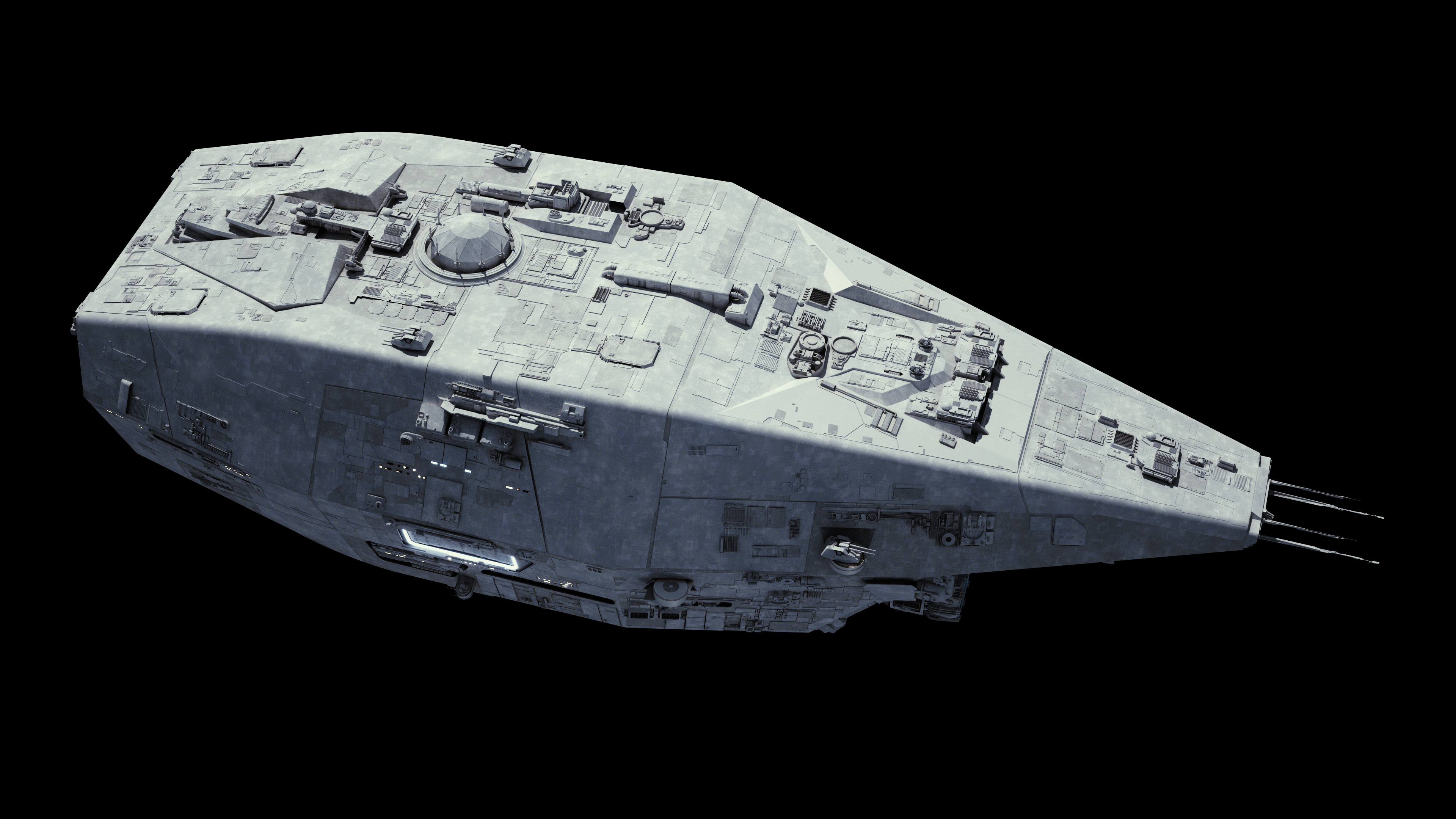 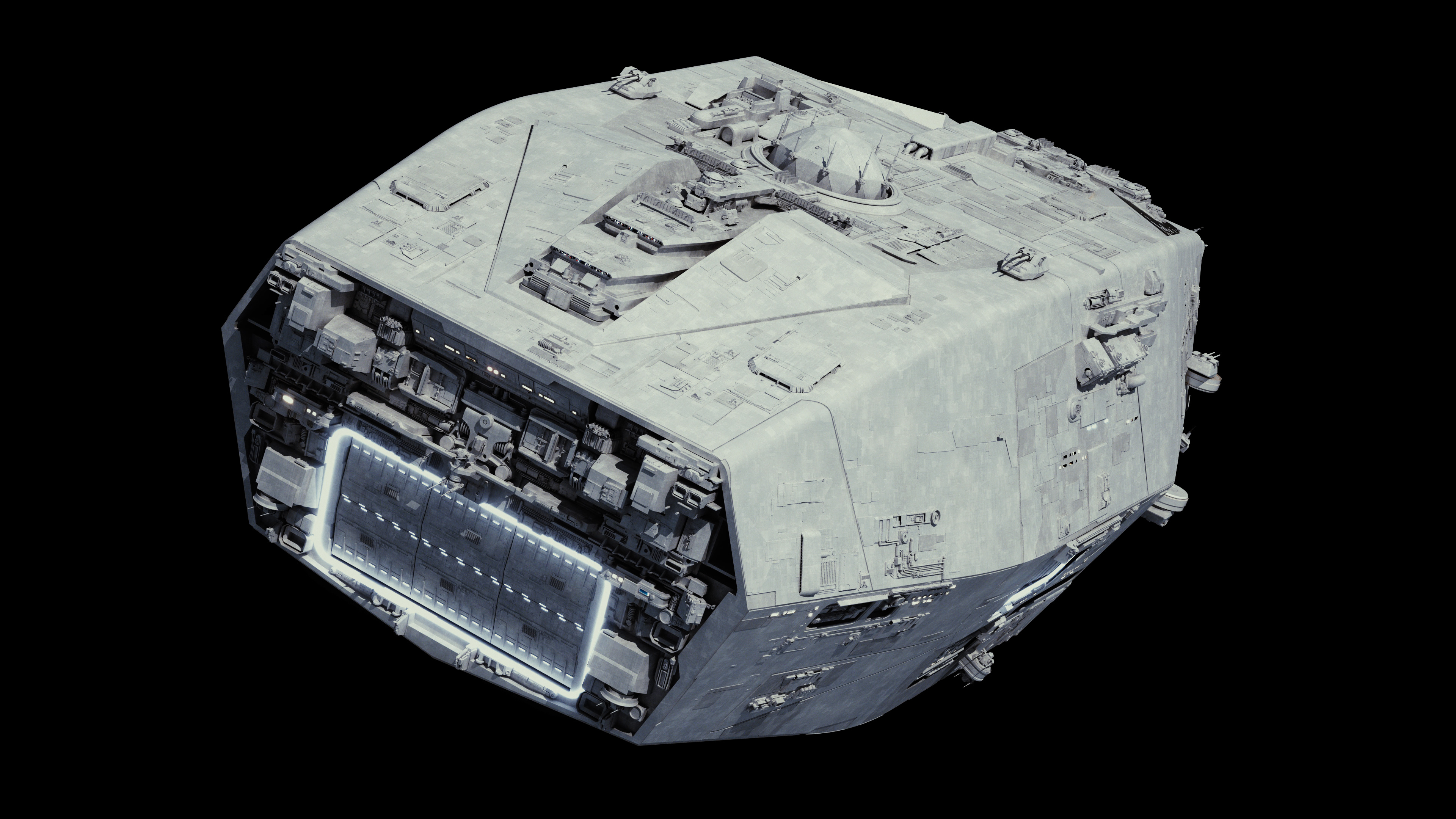 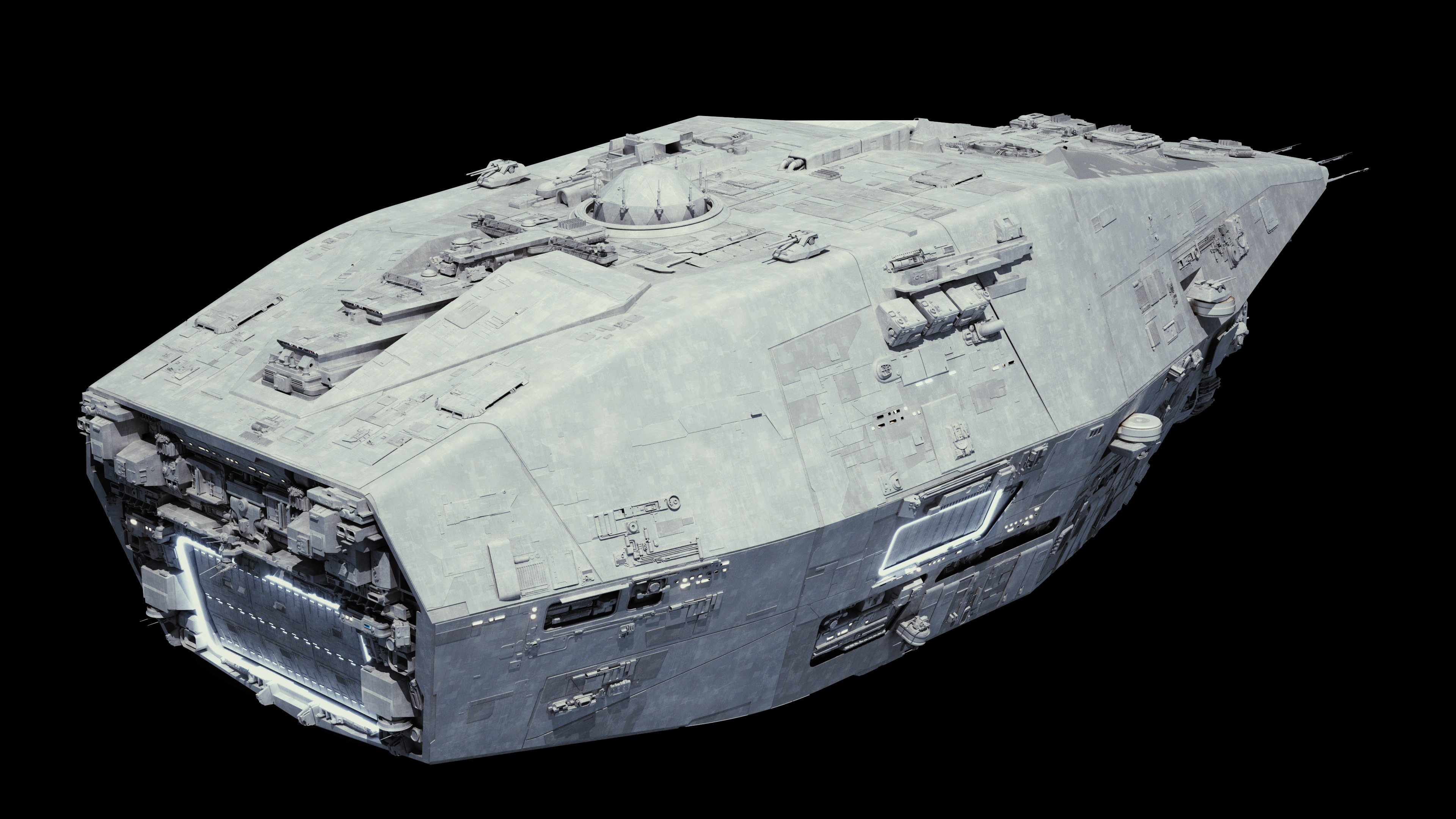 One of my favorites! Now when will we get that remake of the old X-Wing flight sim with all of your models in it?

You know I always imagined a version two of this thing with a command section out in front connected to the rear via a truss (ala nebulon B) the front would basically be covered in guns..

Although I like the idea, the whole Nebulon B-style truss is actually not the smartest design for a warship. It creates a major structural weakness and a temptingly over-exposed target for enemy gunners. Even a single hit could cause serious damage, if not completely snapping the ship in half. This would completely cripple the ship, especially considering the bridge is in the front section and the engines are in the rear section. In the end, ships like the Nebulon B were designed for aesthetics, not practicality, and it really makes no sense why a ship intended for deep space travel and combat would have a design feature like this. Also, the fact that the ship would be covered in weapons emplacements goes against the role of the Ton Falk. If you want a ship that can carry a large complement but is also able to go toe-to-toe with other ships you could use something like a Proclamator. The Ton Falk doesn’t need large quantities of ship-to-ship weapons because that’s not its role. It’s designed as an escort carrier. It’s basically a mobile hangar designed to condense an ISD’s complement into a smaller package. Sorry to come down on your idea so hard, just wanted to list a few things I saw wrong with the design. Still, I do like the idea, despite the problems I see with it.

that thing is beautiful. I really like the double bridge design, feels like a nice homage to the venator.

I would love to see some Ton Falk battlegroup, maybe some two Veloxs and one Indictor?