Structural update and some design notes.

The negative space right forward of the engine block in the original studio model looked like it had something large pulled out of that section. Since the available power/acceleration numbers of the Nebulon-B in Rebel service seems to be pretty miserable, and we are operating under the assumption that the original Imperial version is more a proper escort and substantially less gimped than a 1200g fighter garage, I figured that the original had a much more impressive reactor system there but this was stripped by the Rebels and re-purposed into more important ships/roles. That left just whatever secondaries the original design had and retrofitted extra power generation, and that explains the anemic performance of the resulting stripped-down ship, and explains why so much else had to stripped out to maintain some semblance of performance. The current layout corresponds to a primary generation of ~5e21W plus whatever internal secondaries it might have, pushing to maybe 7e21? That would work out to ~1/8th Vigil power, but this ship is primarily a light-turbolaser armed escort and carrier, rather than an MTL platform, so I think that works out about right.

Also, I replaced the fins on the original studio design with a mixed sensor panel/radiator setup, which would be suitable to deal with the extra power, and also more appropriately powerful an electronics fit for a purpose-designed warship. 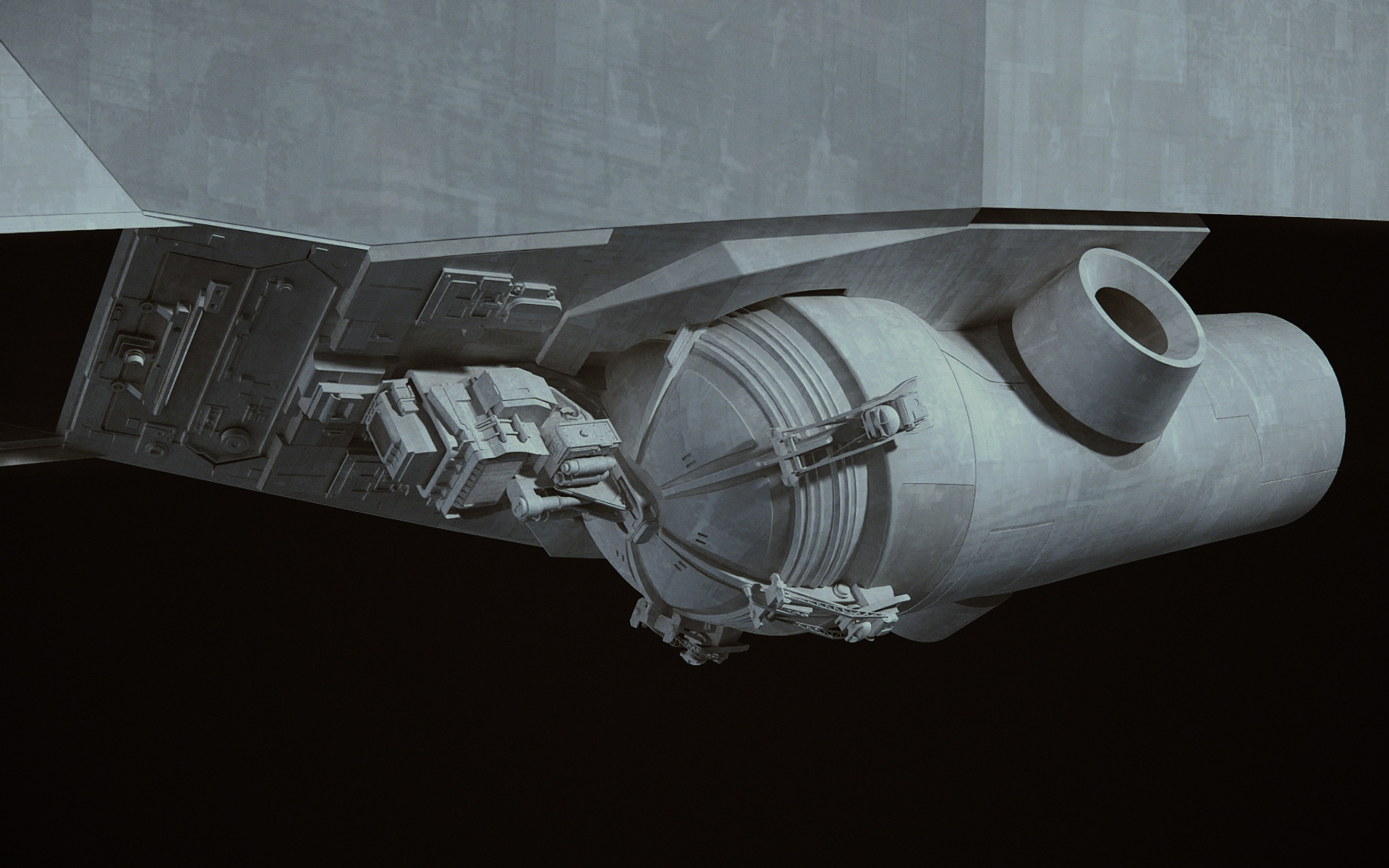 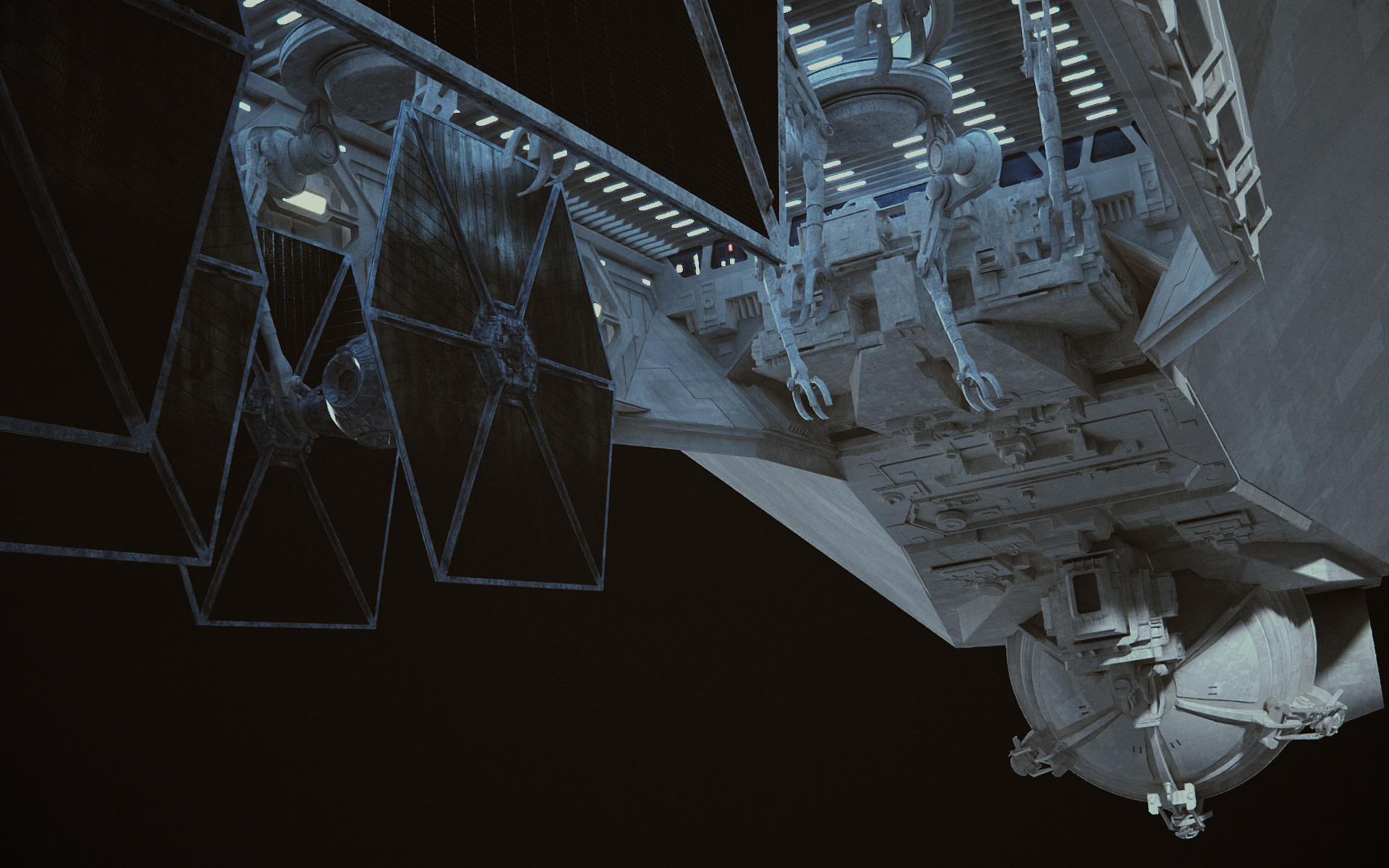 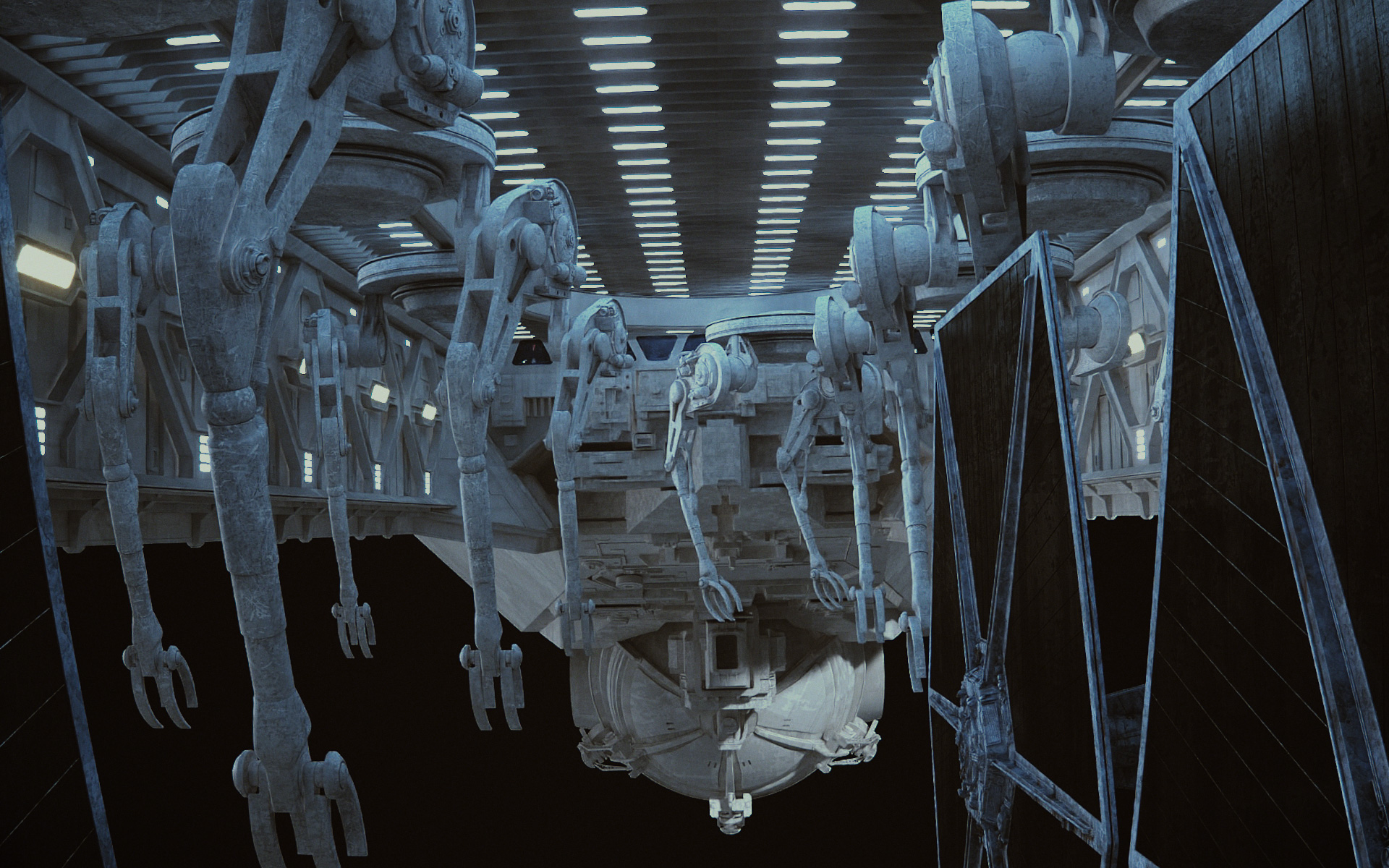 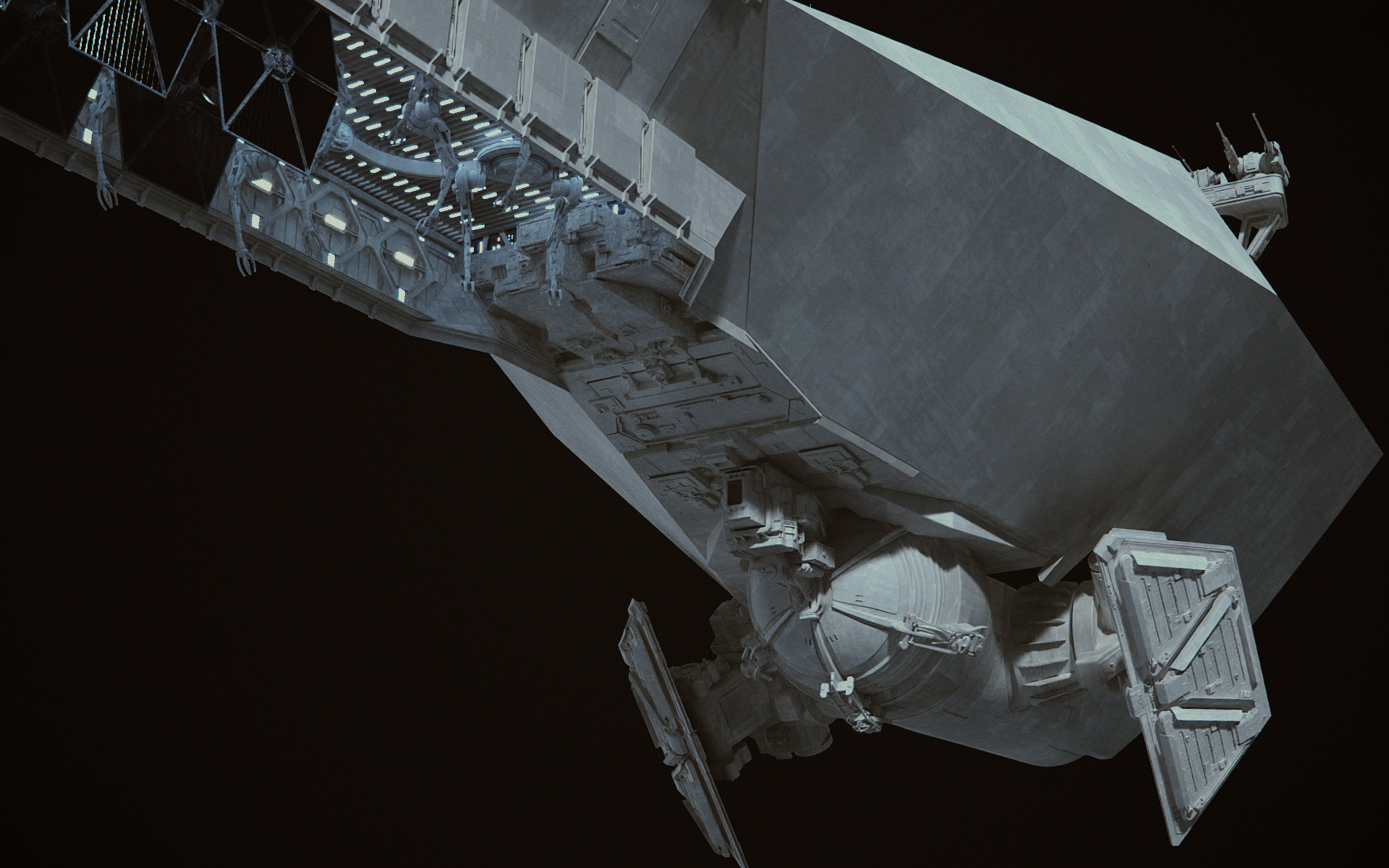 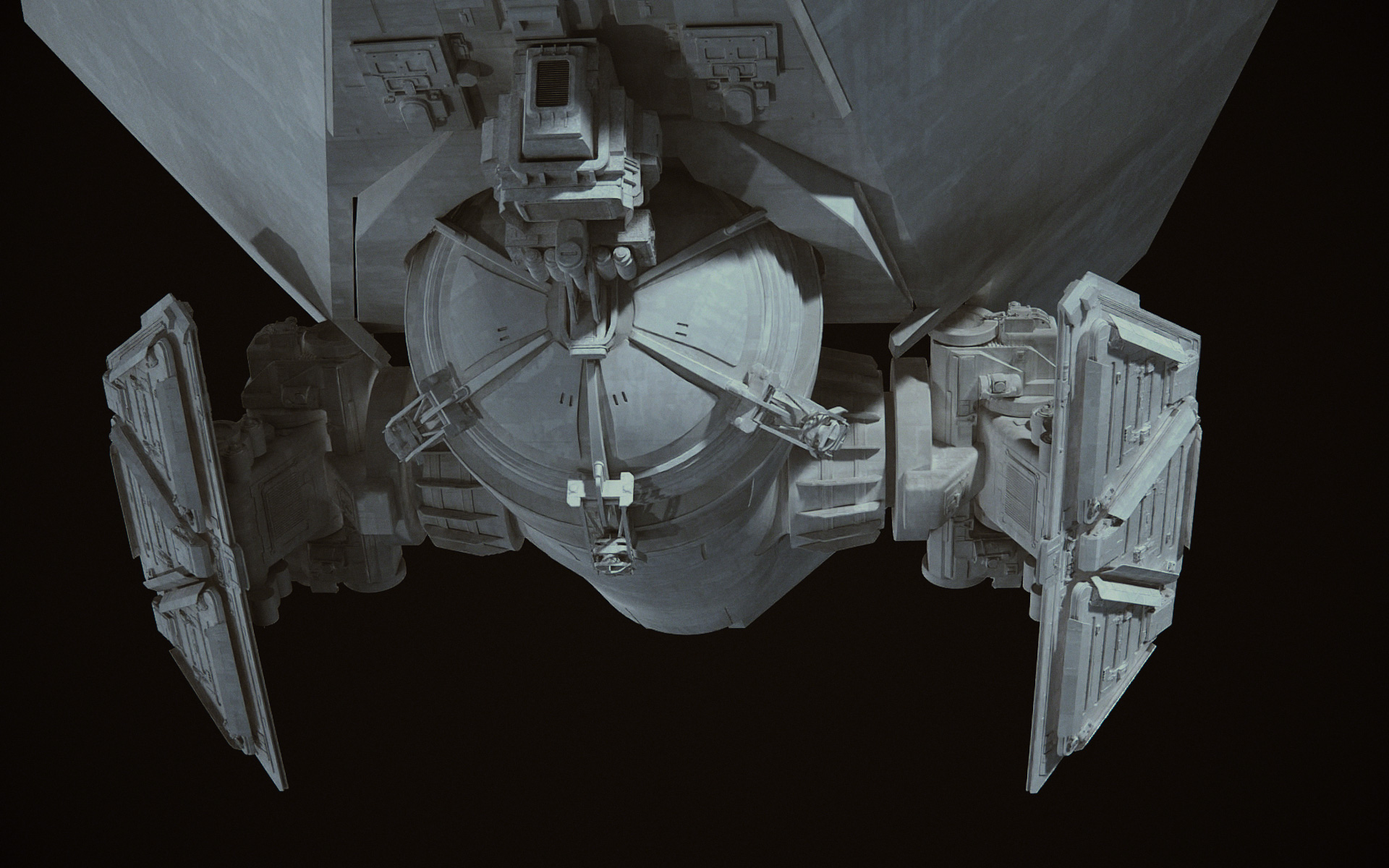 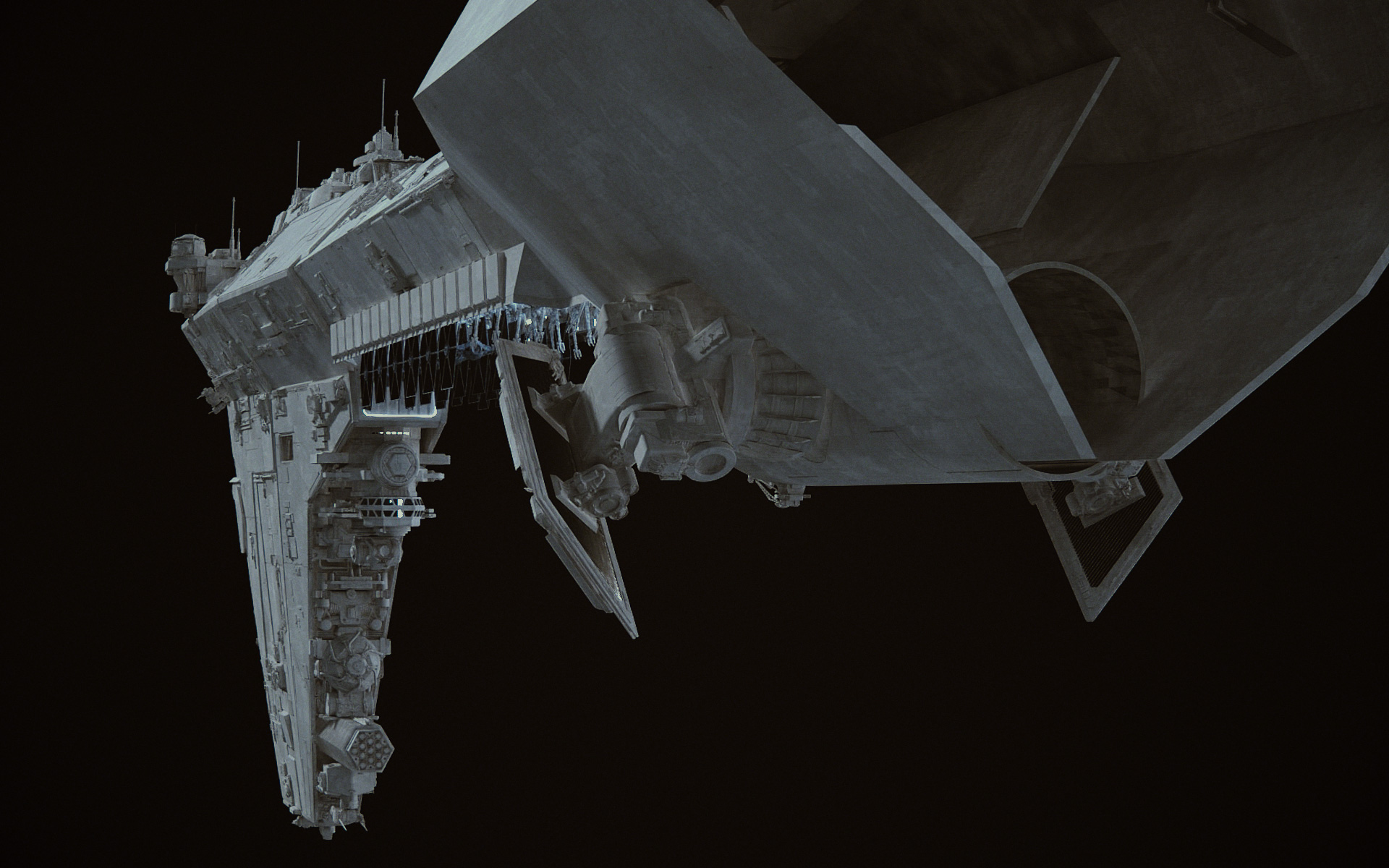 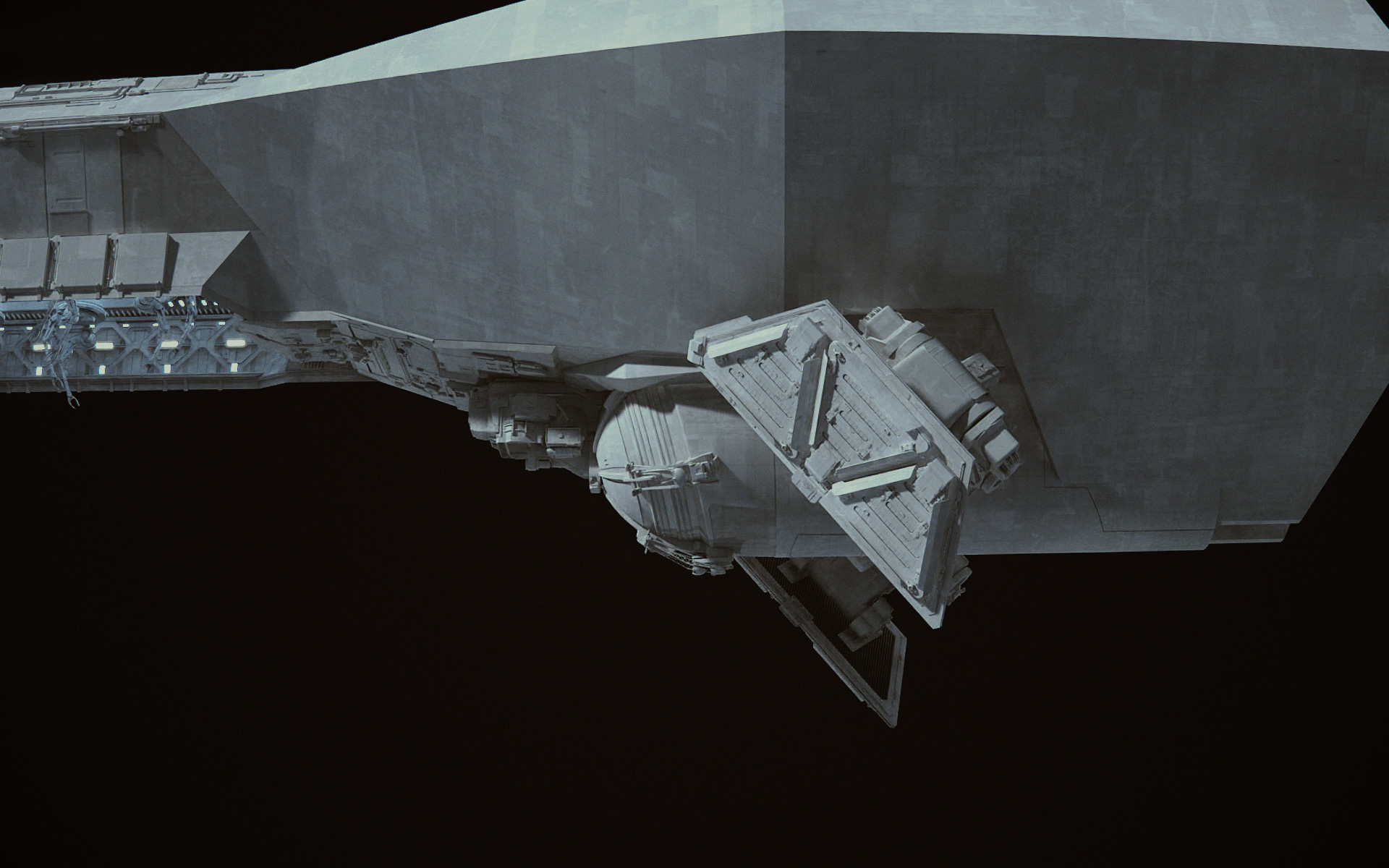 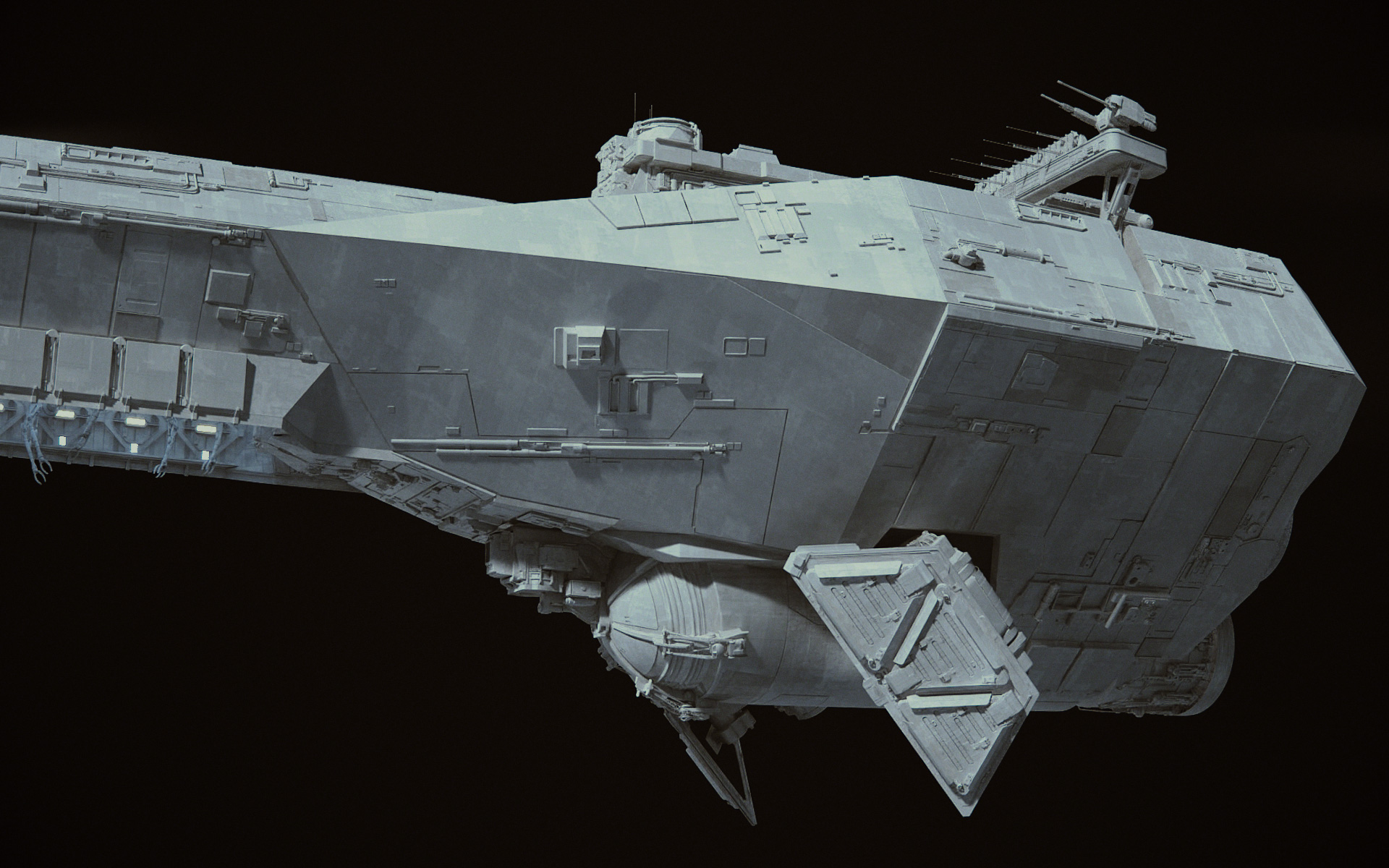 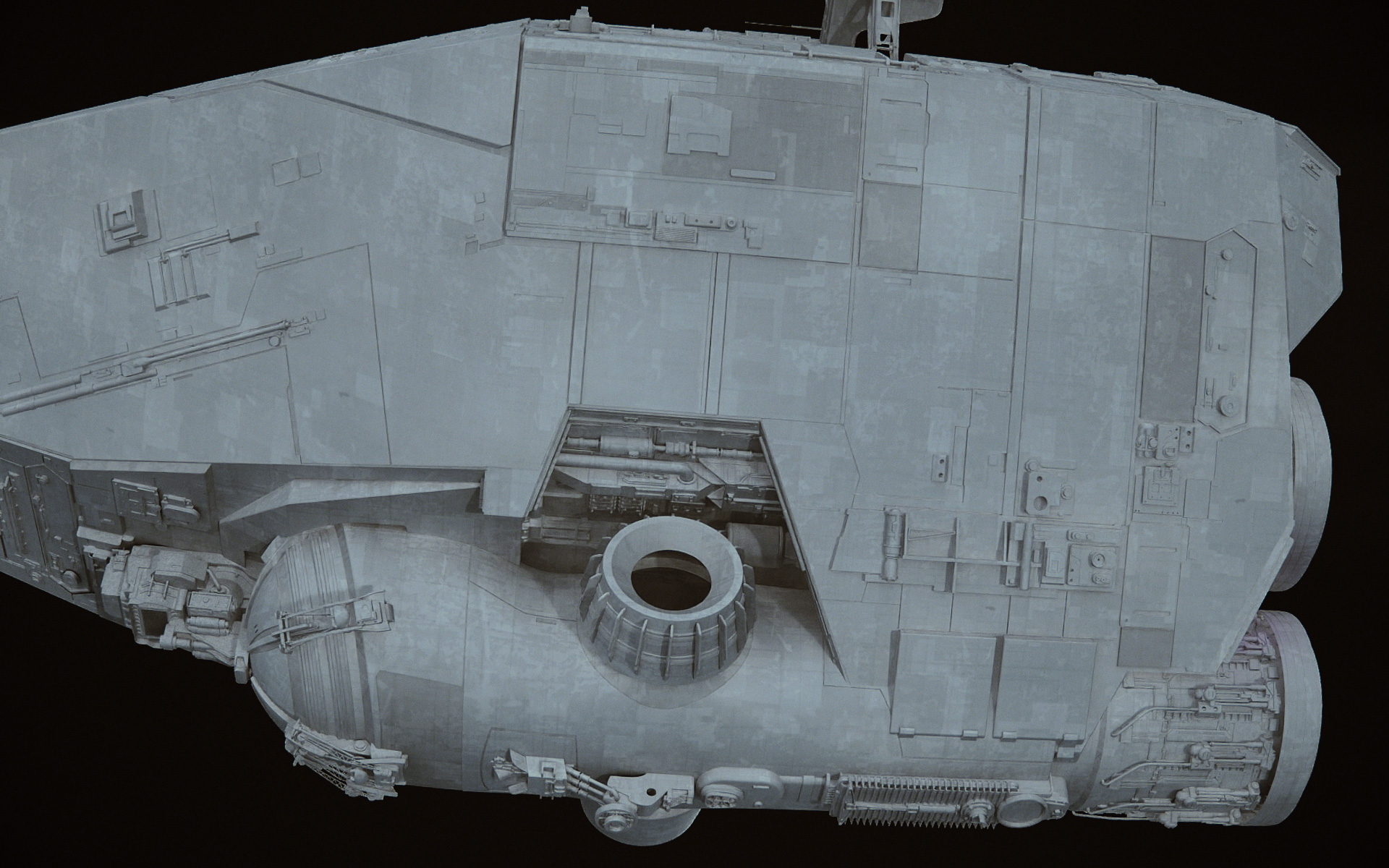 I said it before I love your model’s. You do great work. Disney’s model’s don’t look as good as yours. They use the same one over and over. Or they steal other people’s work. Keep up the good work. And thank you for all that you do. From a true fan. Your model’s are great. Can you make a vt 49. I think it’s called.

You are apparently new to this topic, it’s not “Disney steal” but a Lucas tradition of ignoring publishing company’s stealing people’s work. Big company (Lucasfilm owned by Disney now) order the publication of some guides or comics from companies like Marvel or becker&mayer! (this publisher is especially known here, they steal Fractal’s works and publish it as theirs, you know who do it by name and surname even) These publishers steal the work of people like Fractal and the graphic artists responsible for it publish them as their work. With the obvious permission of the editors.Unfortunately, this is a thing that has been going on for decades, nothing new, sadly. In this case, Disney’s main sin is that they did not stop it, let Lucas continue to do what he had been doing for a long time, and did not call to order the publishers they commission to publish these materials. Many jump on the hate wagon towards Disney completely forgetting (selective amnesia?) that stealing fan art is something Lucas has allowed for a long time. They have been doing it so brazenly for a long time and it is infuriating.

Pretty cool. I’m assuming this carries one squadron, but is that in addition to the stormtrooper transport you listed, or is it one or the other. And on the back of the front “blade” is that hexagonal thing ear the bottom a missile pod?

It is indeed a missile pod. Was shown in WIP№2.

Different strokes for different folks.
I like to think of them both as (head)canon designs, just for different purposes.
I think of EC Henry’s ship as the Nebula B Patrol Frigate, an expensive, advanced, long range patrol ship with a powerful ‘sprint’/’tandem’ hyperdrive system, powerful sensors, and advanced, long range comms. A ship designed to find enemy fleets, then report their positions and strengths, so that a proper combat force can be sent in to destroy them/they can be tracked and their courses plotted for future action.

For Fractal’s design, I’m pretty much in agreement with CRMcNeill. I think of this as the Nebulon A, an escort frigate design based on the pre-existing Nebula series patrol frigates. When the Imperial Navy figured out that this design was more capable than they needed (and more expensive than they could afford, in the required numbers) they did a rush job of designing the Nebulon B, essentially just stripping out elements of the design which they considered superfluous (such as the internal hangar and fighter maintenance facilities, the original main reactor, etc.). What they ended up with was the cheap, throw away Nebulon B: far less capable, but still strong enough to give Rebels/pirates a hard time during convoy raids, while now being weak enough to be easily killed by Imperial medium/heavy units if captured by an enemy force.

That’s just my thinking though. You’re perfectly welcome to your own, and I like Fractal’s lore too.

Well, going into Headcanon territory, EC’s version “seems/feels” to me like it was redesigned during Imperial Remnant era. I remember Pellaeon lamenting the fact they had only capacity to build only small ships on yards they had. Might as well make them sturdier, and pack with some new toys. RotS one is stripped down Fractal’s design. Just sharing my take on it.

We could always treat them as different models of the same ship. Like Nebulon B-A1 and B-B1 models, or something in that line. Or one of them could be license build and got a specific changes by that different shipyard.

This is what I’ve been saying for a long time. (See post on WIP 6 thread). In my headcanon, the Nebulon frigate is a series, with different variants. Patrol, Escort, Assault, Interdiction, etc. I think you are bang on with your classification of Fractal’s and EC’s versions. 🙂👍

Hey Fractalsponge, great work as always. Once you finish the Imperial Nebulon B, can you do either the Resurgent-class Star Destroyer or the Star Hawk-class Battleship?

Commission him to. If he feels like making one, that is.