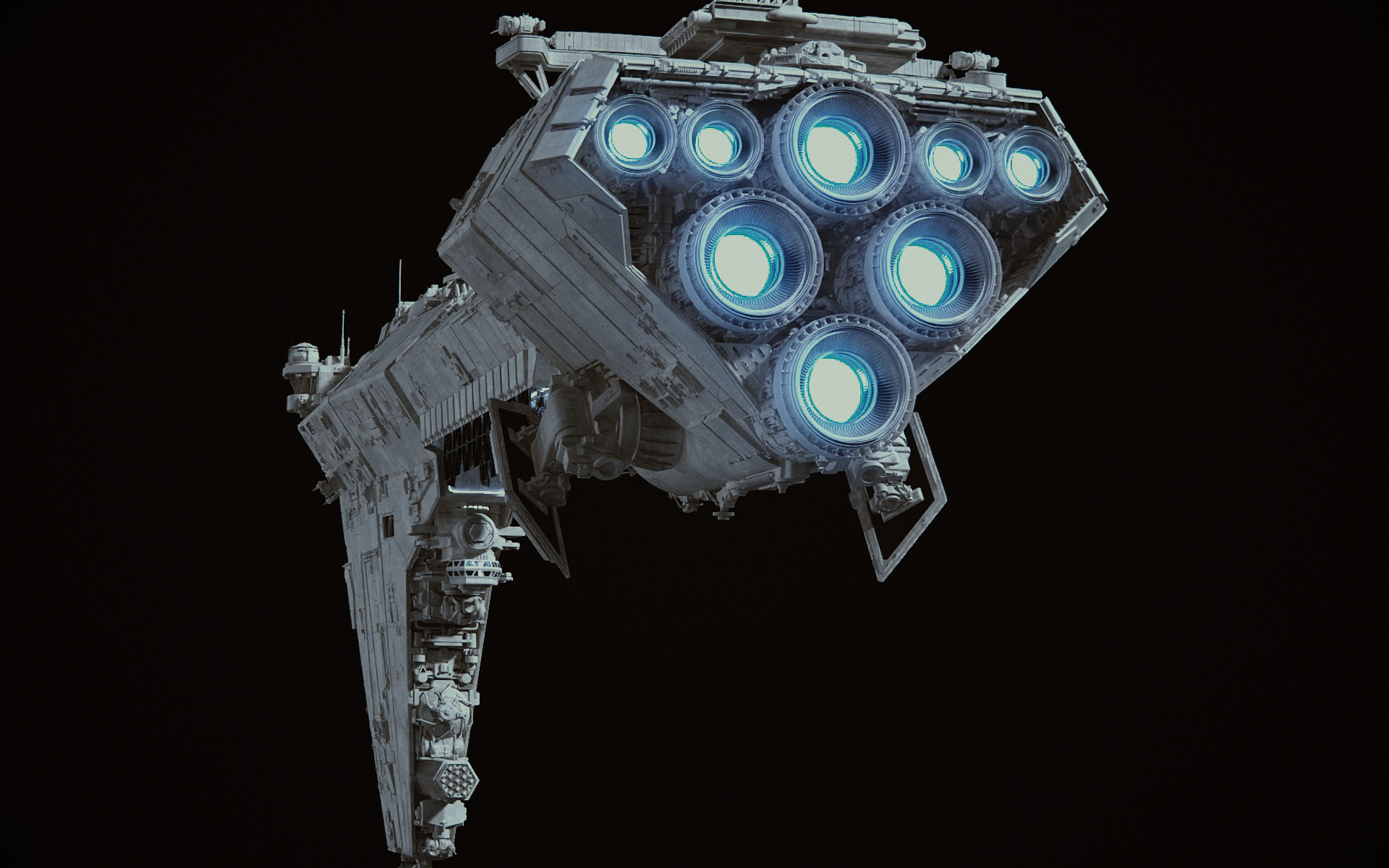 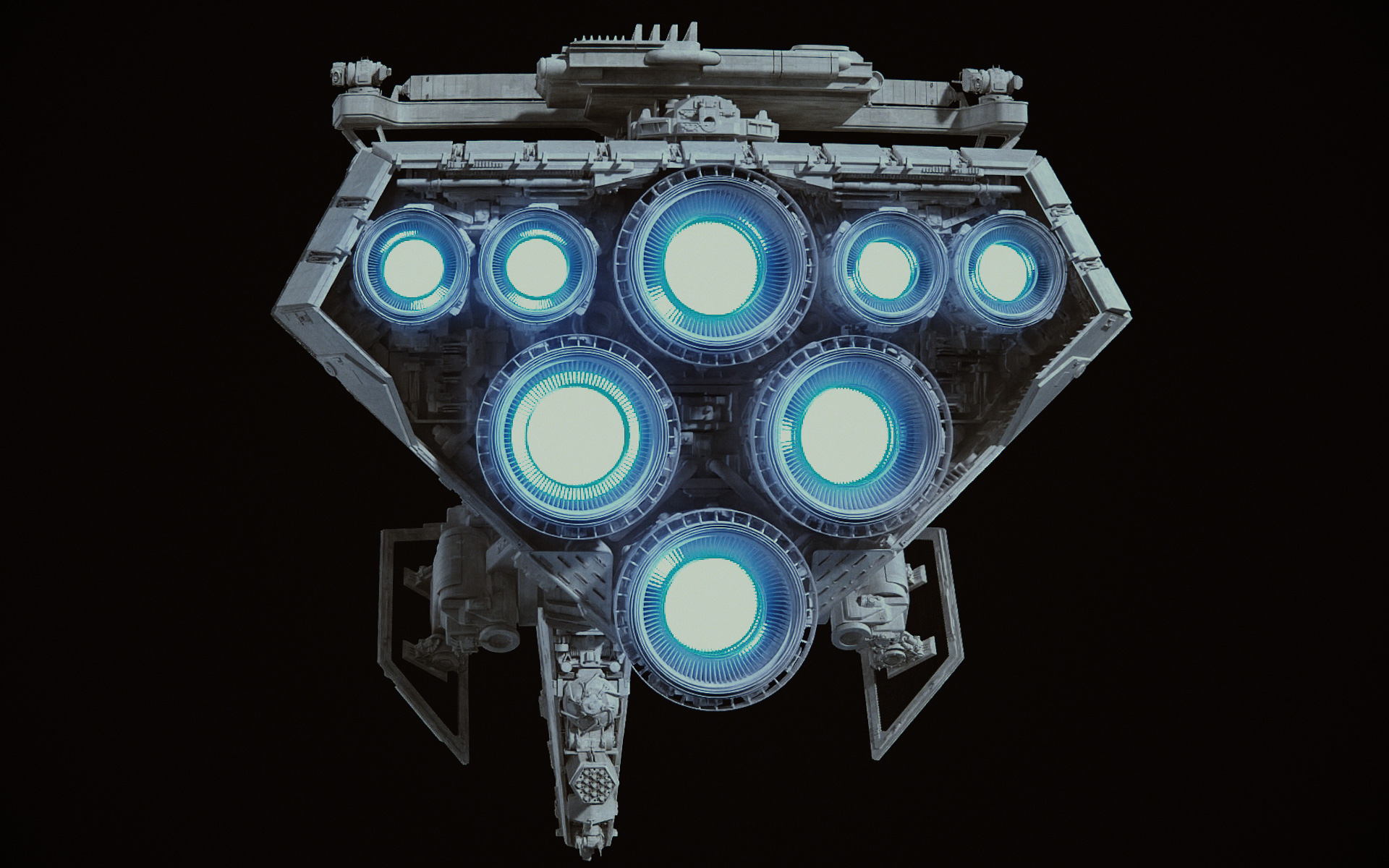 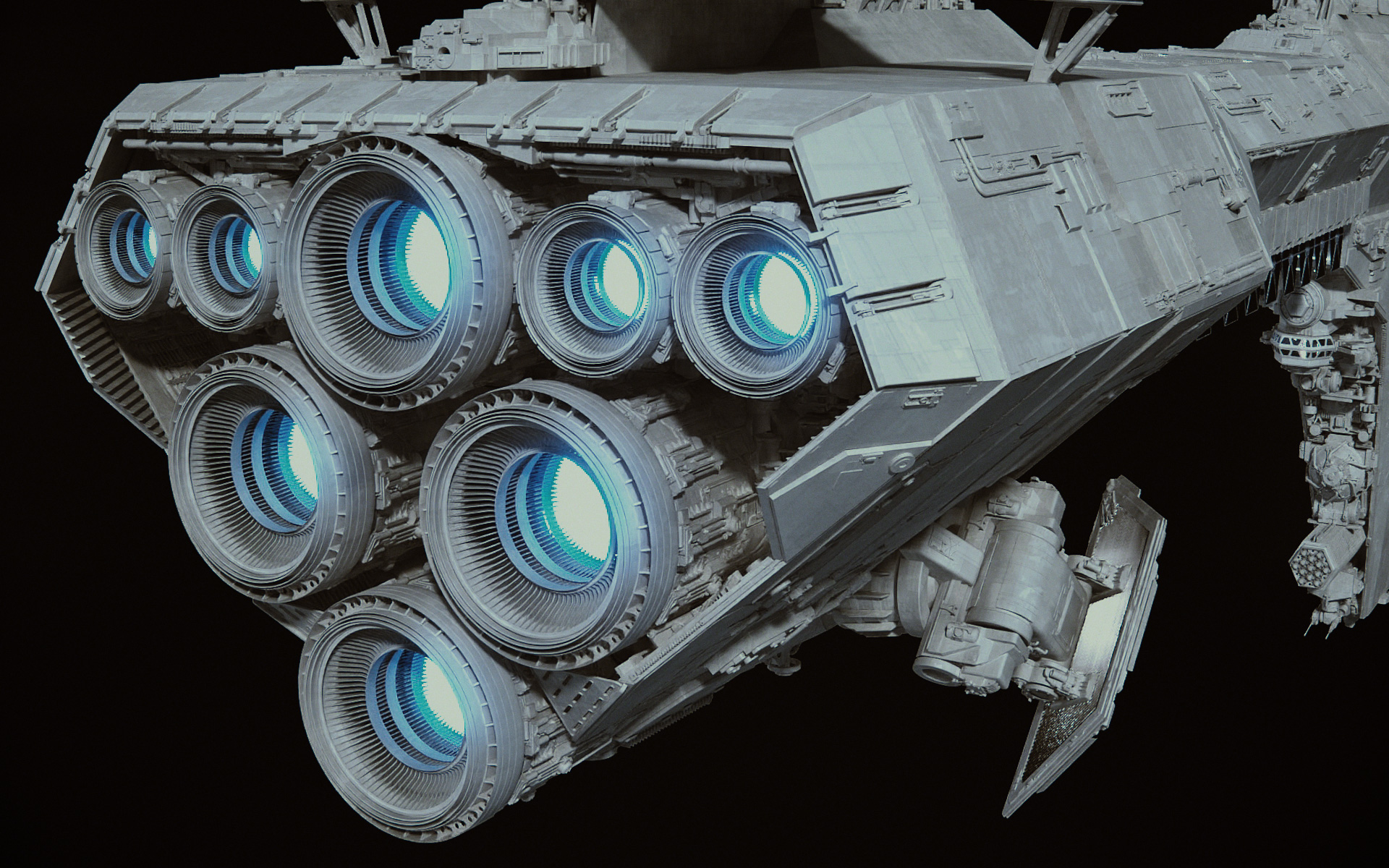 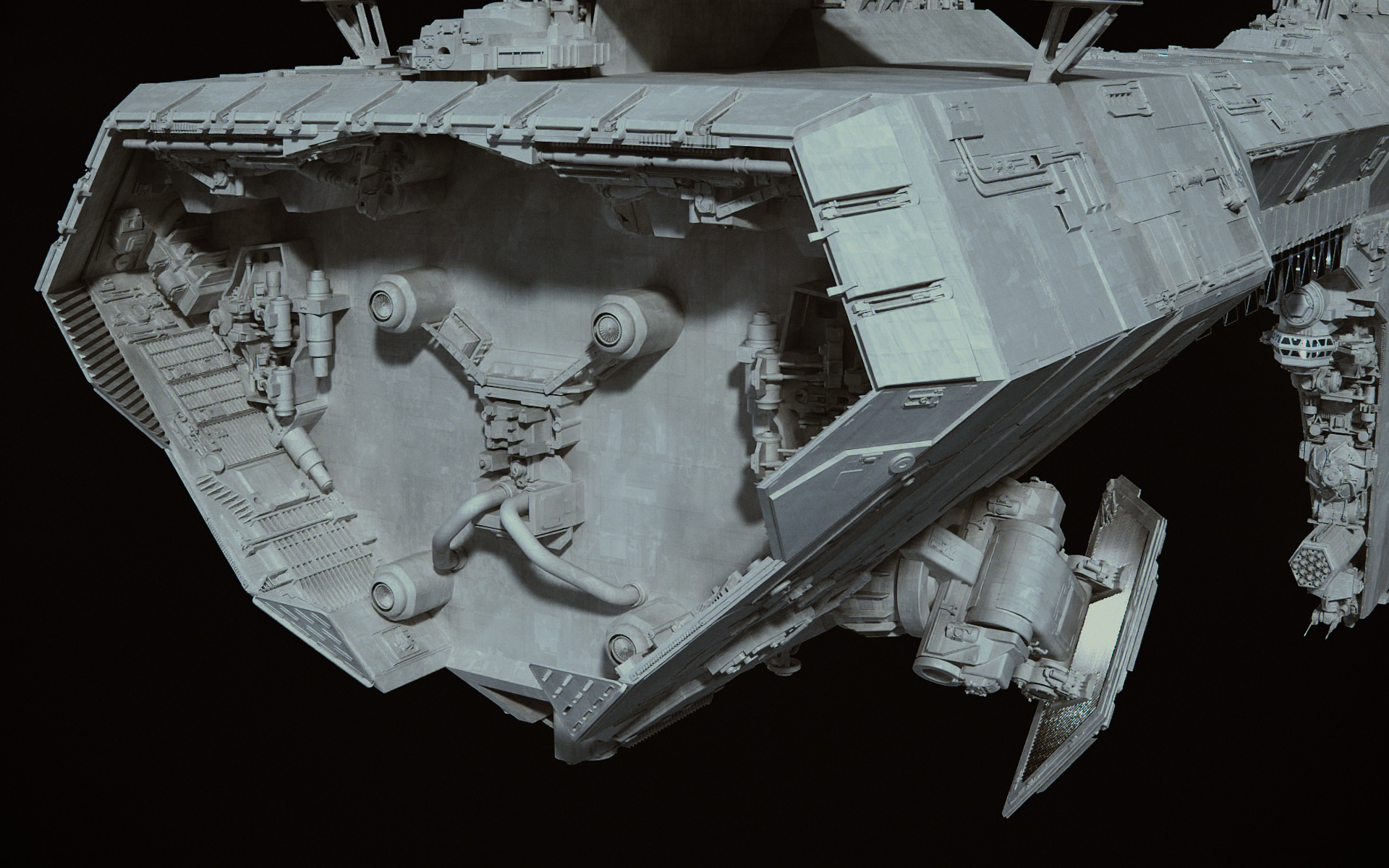 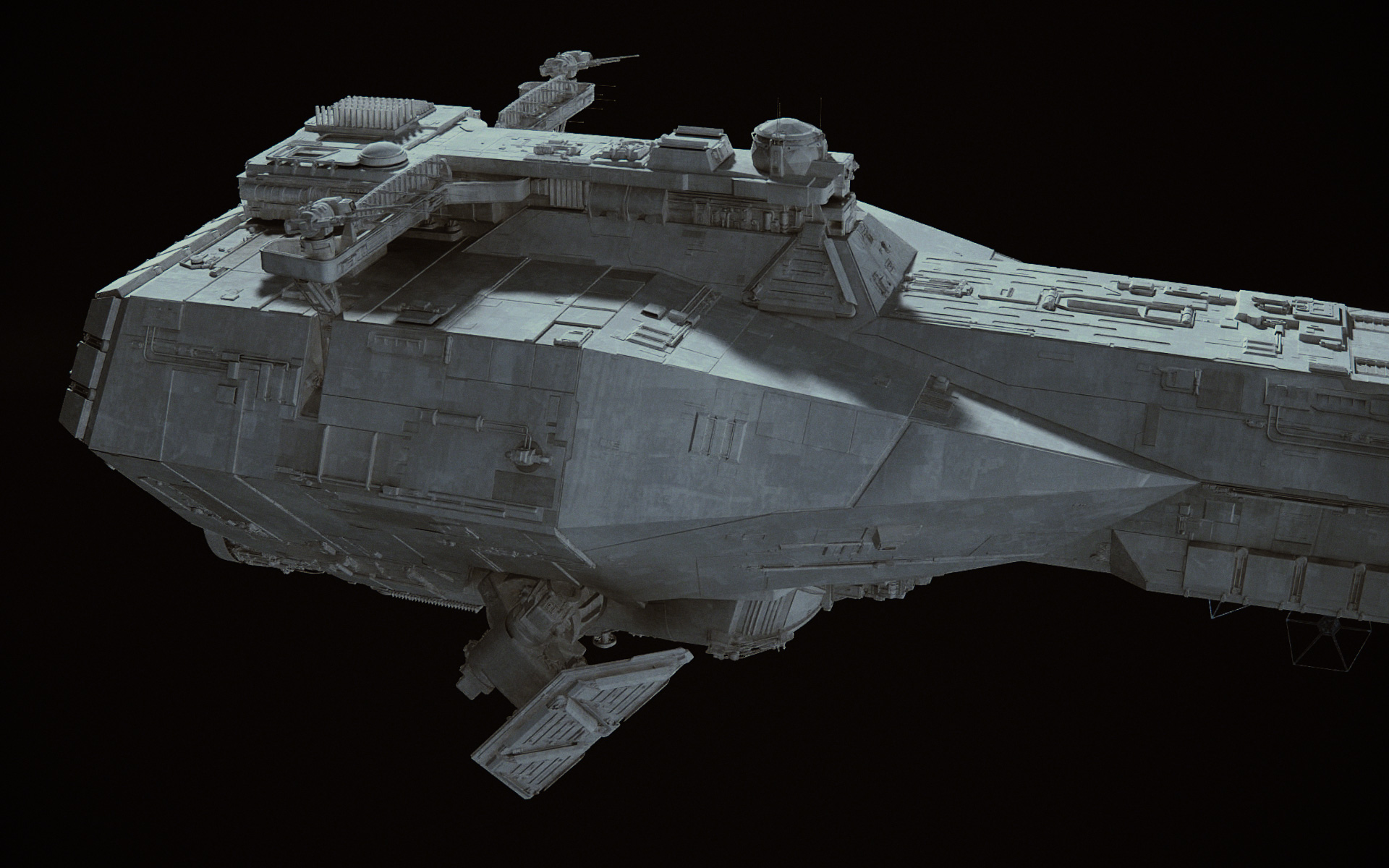 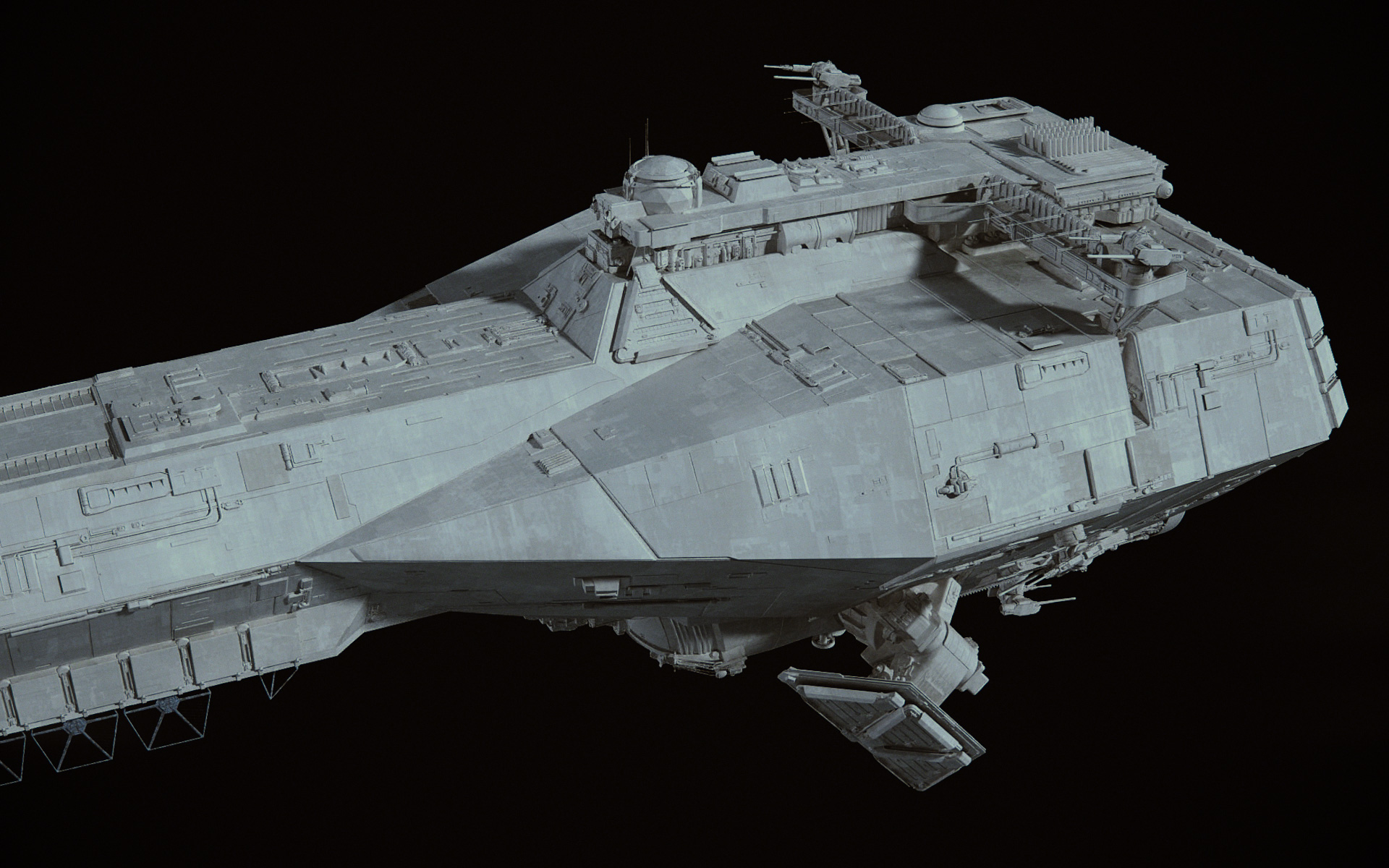 small or large engines are used in Aiwha-corvette

OMG! This just looks so awesome. 😛👍 Hats off to you Fractal. 🎩

Looks like a more filled out, beefy, butt-kicker variant than EC Henry’s interpretation.

Like I said, room for both. I always thought in my own headcanon that the Nebulon series had different variants dependent on mission profile. Like there would be an Assault Frigate, Patrol Frigate, Escort Frigate, etc.

I wonder how it could be mod for terro… I mean, rebels use. TIE is no go for them, so rack would be useless, upper hangar is very small for any fighter squadron operation. Maybe we could use the space with the carousel, extend the side panels, close them at the bottom and create a hangar space with atmosphere. It would be cramped and not very ergonomic, maybe carousel could be used as lift to move machines from one place to other. Not sure how launch could be done, side doors or maybe bottom drop?

This will be long, it’s essentially an entire history summarised.
In my headcanon, the imperial Nebulon B when first introduced had two variants, the patrol frigate (EC Henry’s design) and the escort frigate (Fractal’s design), one thing of note is that these variants were incredibly well armed for their size. Since the empire had no more use for purpose built warships, the Nebulon Bs were abandoned in shipyards and stripped down for parts. The rebels resorted using these stripped down versions as they still had more fire power than most ships at their disposal (at the time) the rebels removed these weapons and turned the nebulon into a medical frigate. Eventually, in-between the battle of Hoth and the battle of Endor, Kuat made an upgraded version (a combination of both previous variants, a purpose-built warship) to be used in the battle of Endor. But they weren’t because of Death Squadron. This version of the nebulon was used alongside the Class 546 Cruiser by the imperial remnant. In the sequel era, the Nebulon C medical frigate was made by KDY for the New Republic. Meanwhile, Kuat-Entralla made the Nebulon K for the First Order. The Nebulon C was fast, but lightly armored and armed, hence the name and purpose. The Nebulon K on the other hand was an extremely efficient warship built for war and designed to interact with the Resurgent’s support ship docking system at it’s bow.
I know it’s complicated but that’s my headcanon.

Hey Fractal. I was looking through your galleries and I was wondering if you plan on doing a redux of the Secutor-class.
I was just thinking it’d be nice to see now that you’ve already redux’d the Allegiance, Dominator, Imperator, and Bellator.