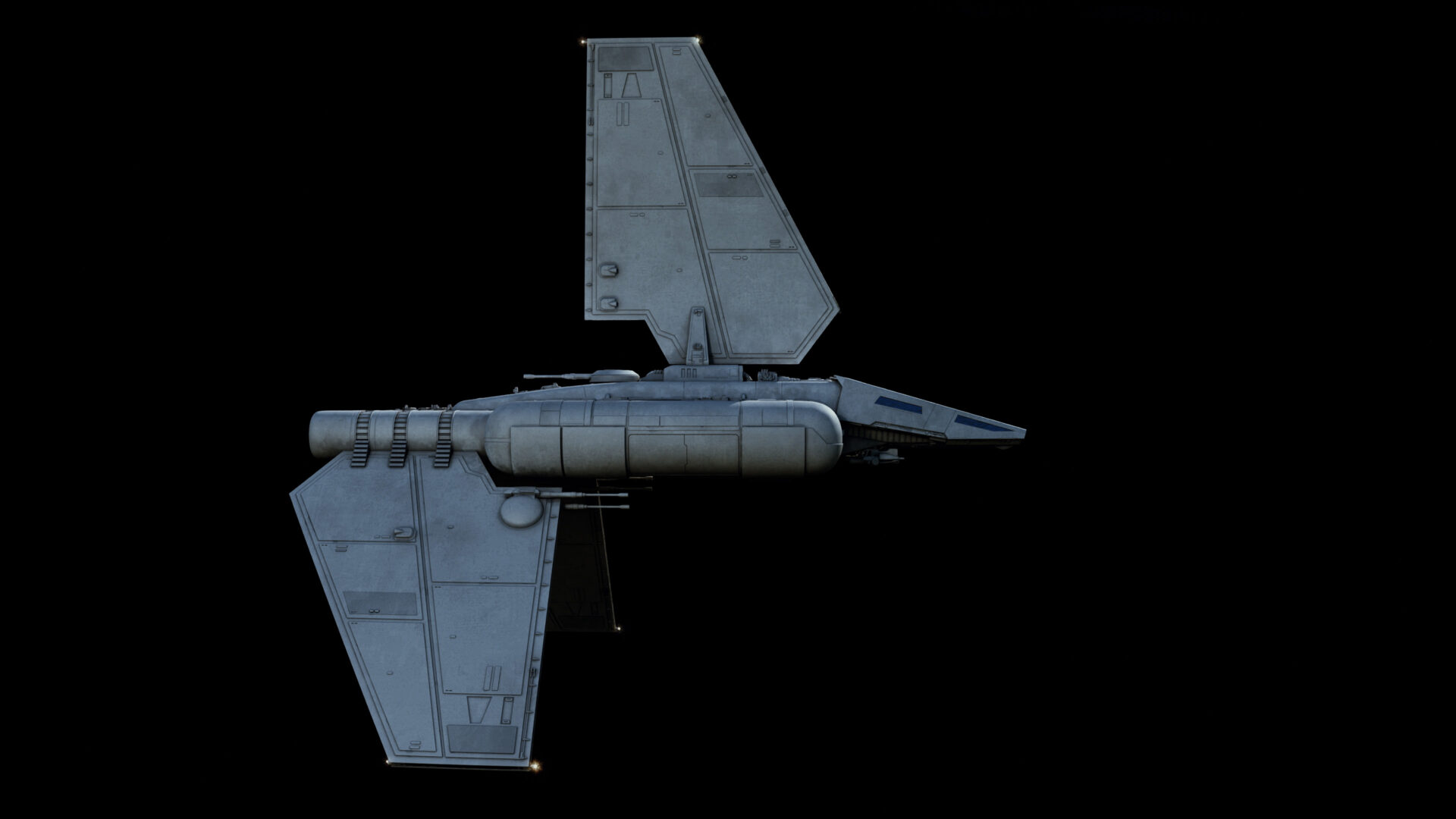 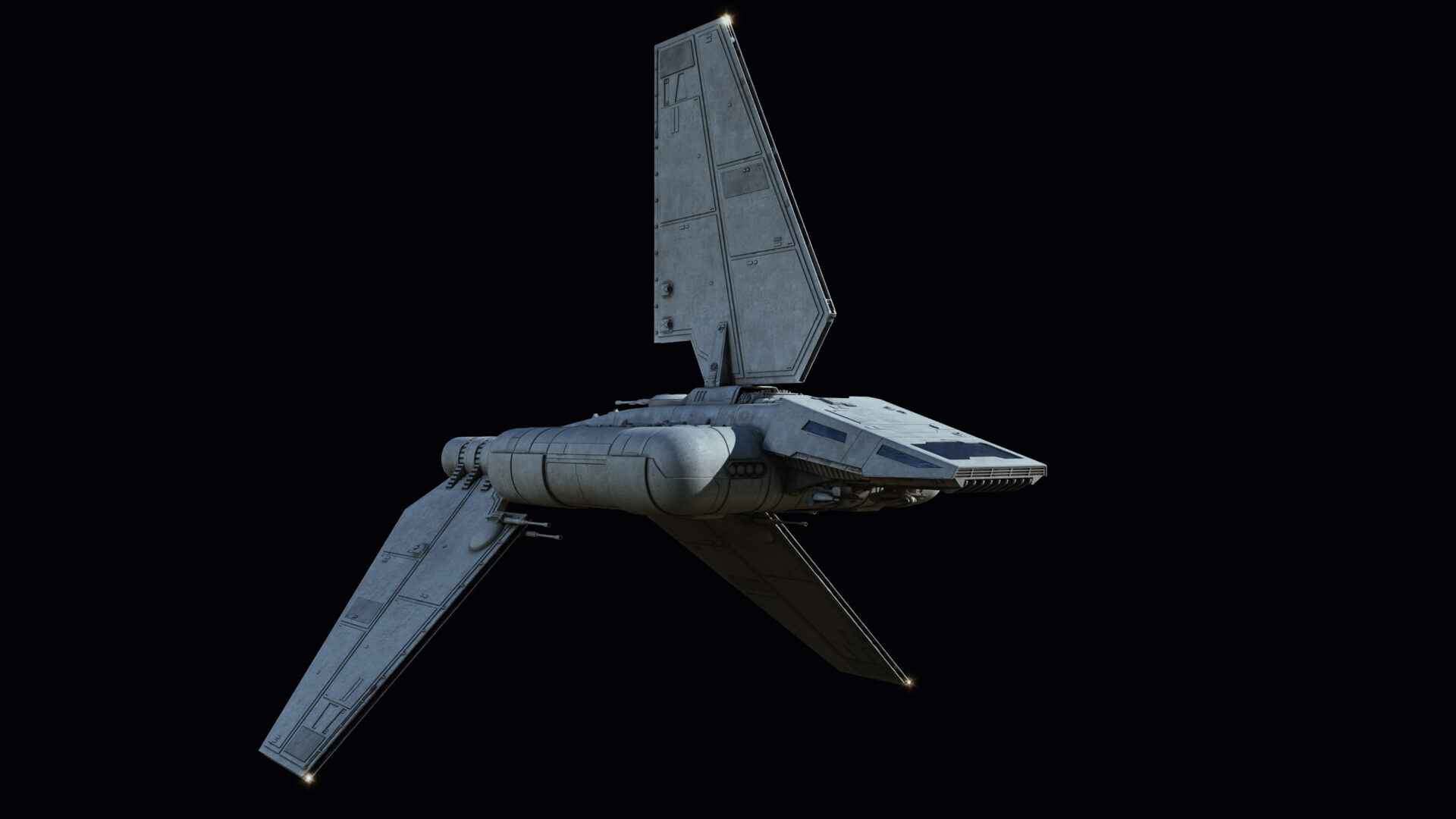 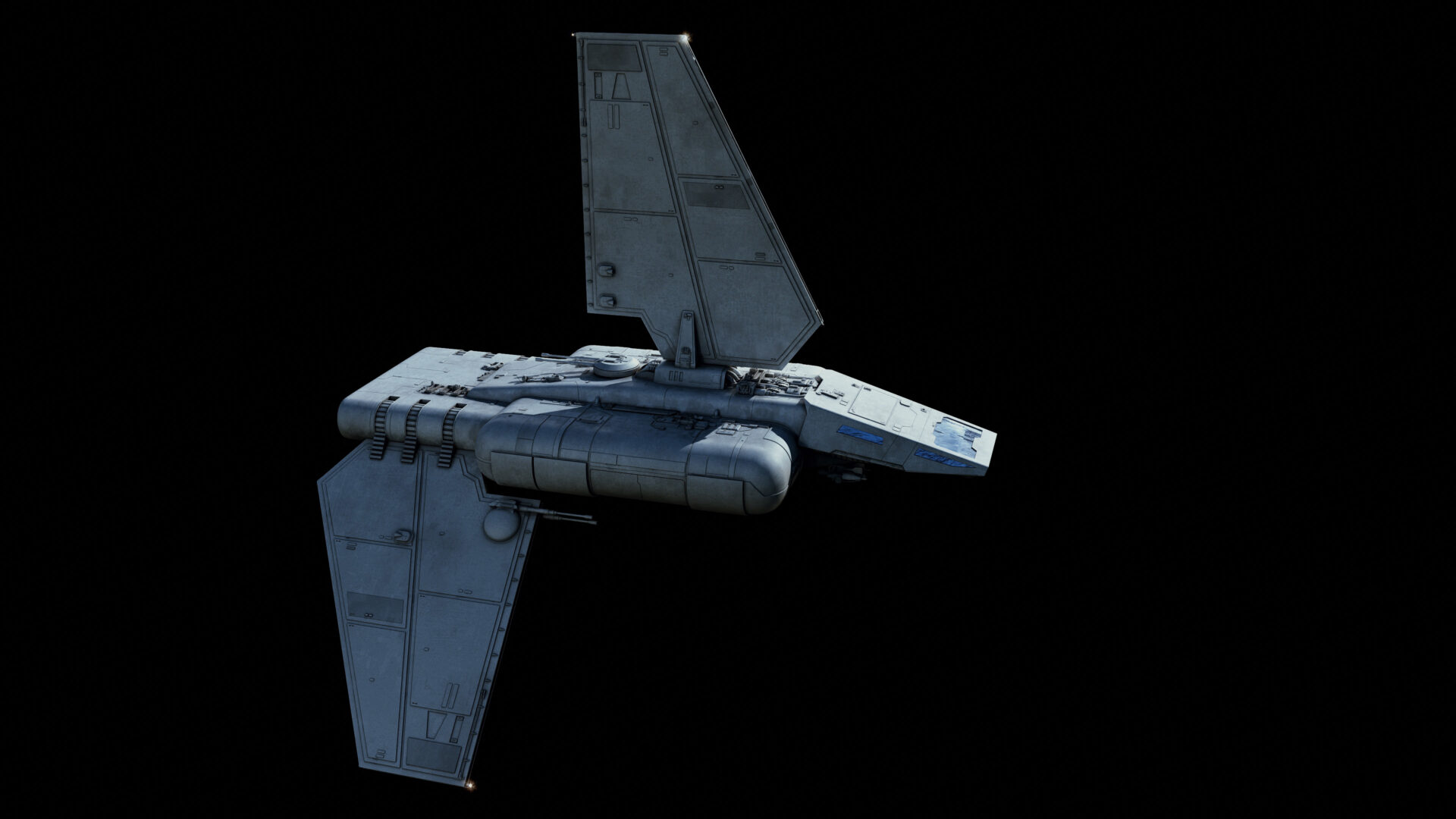 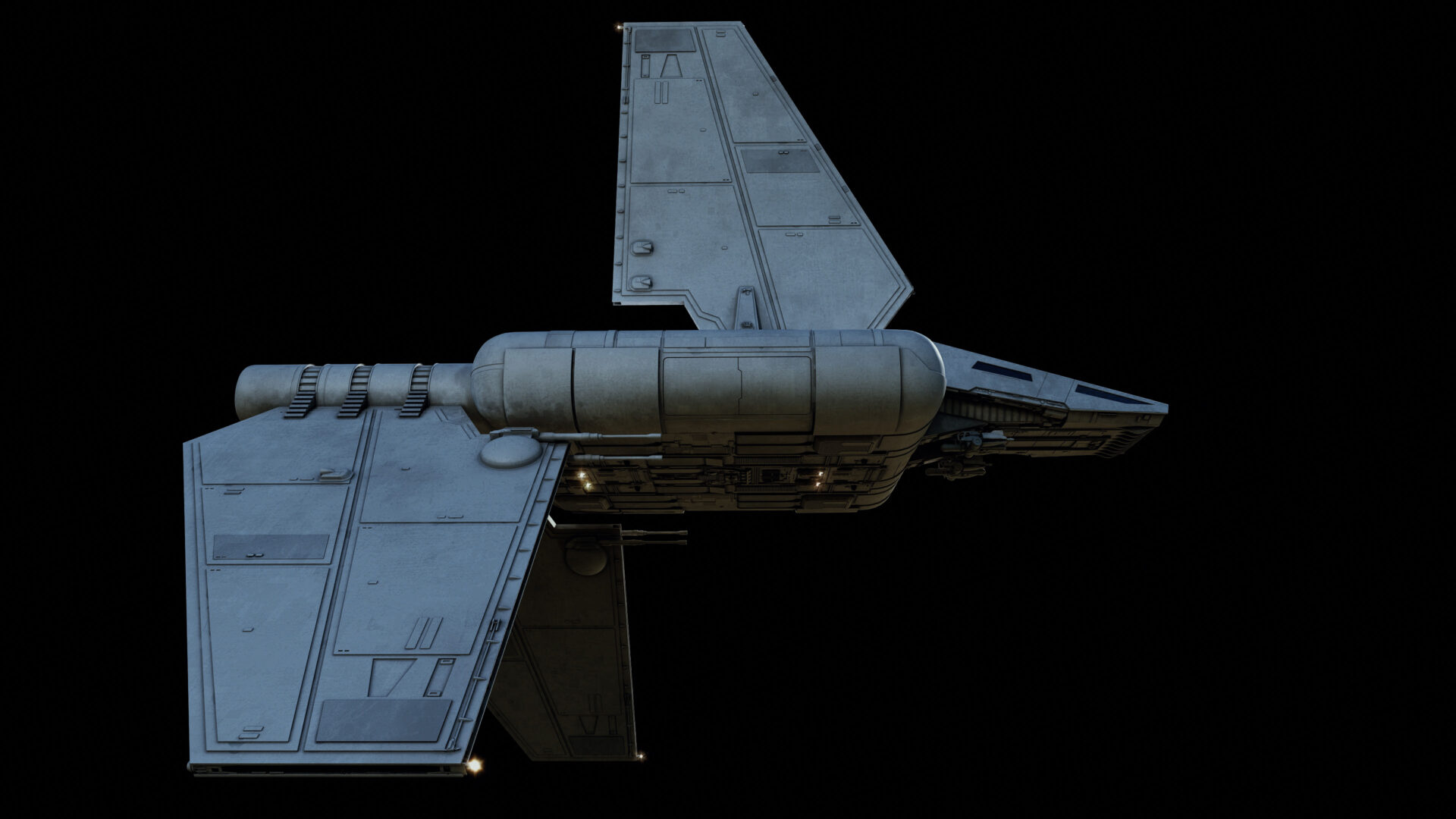 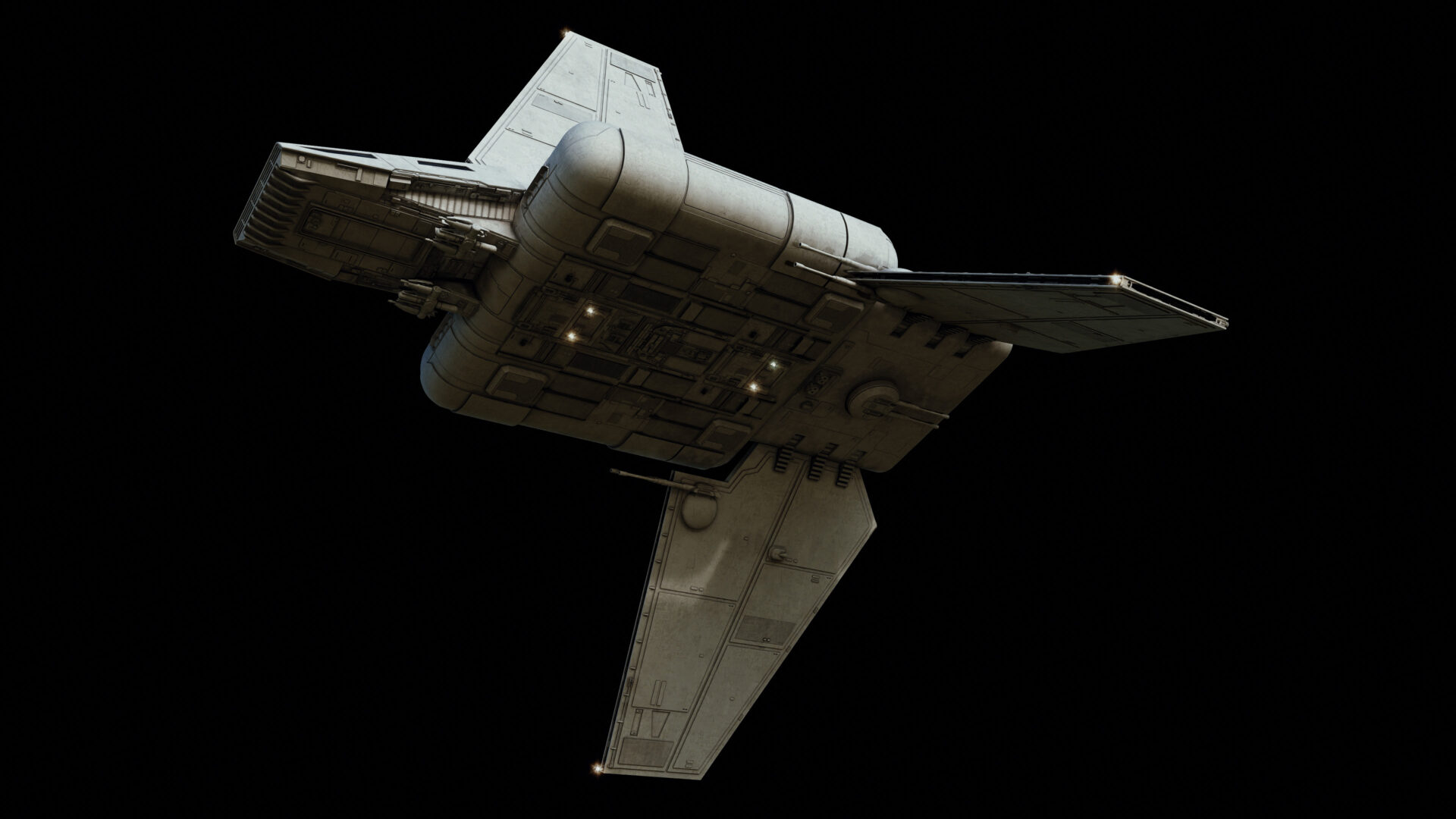 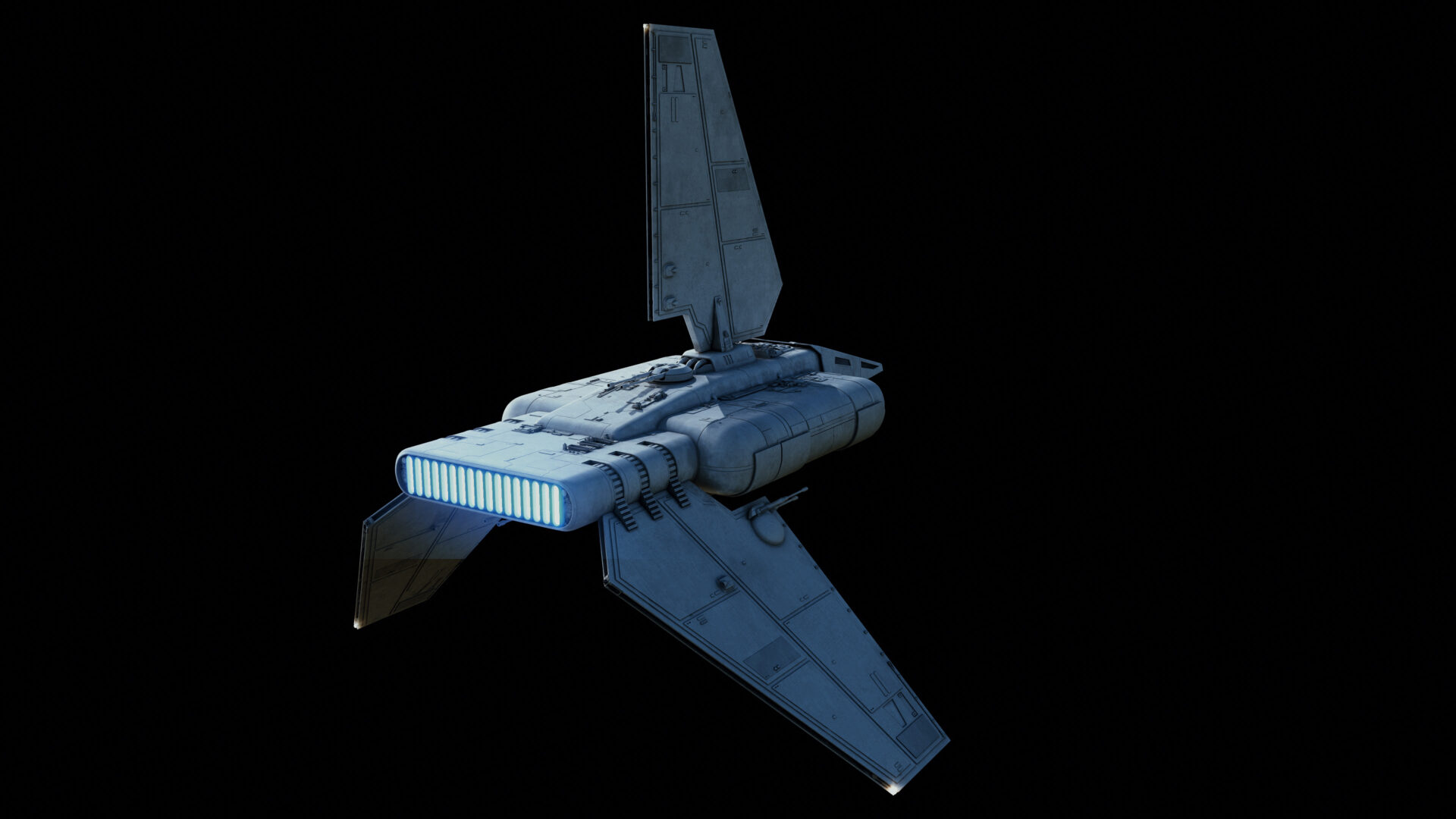 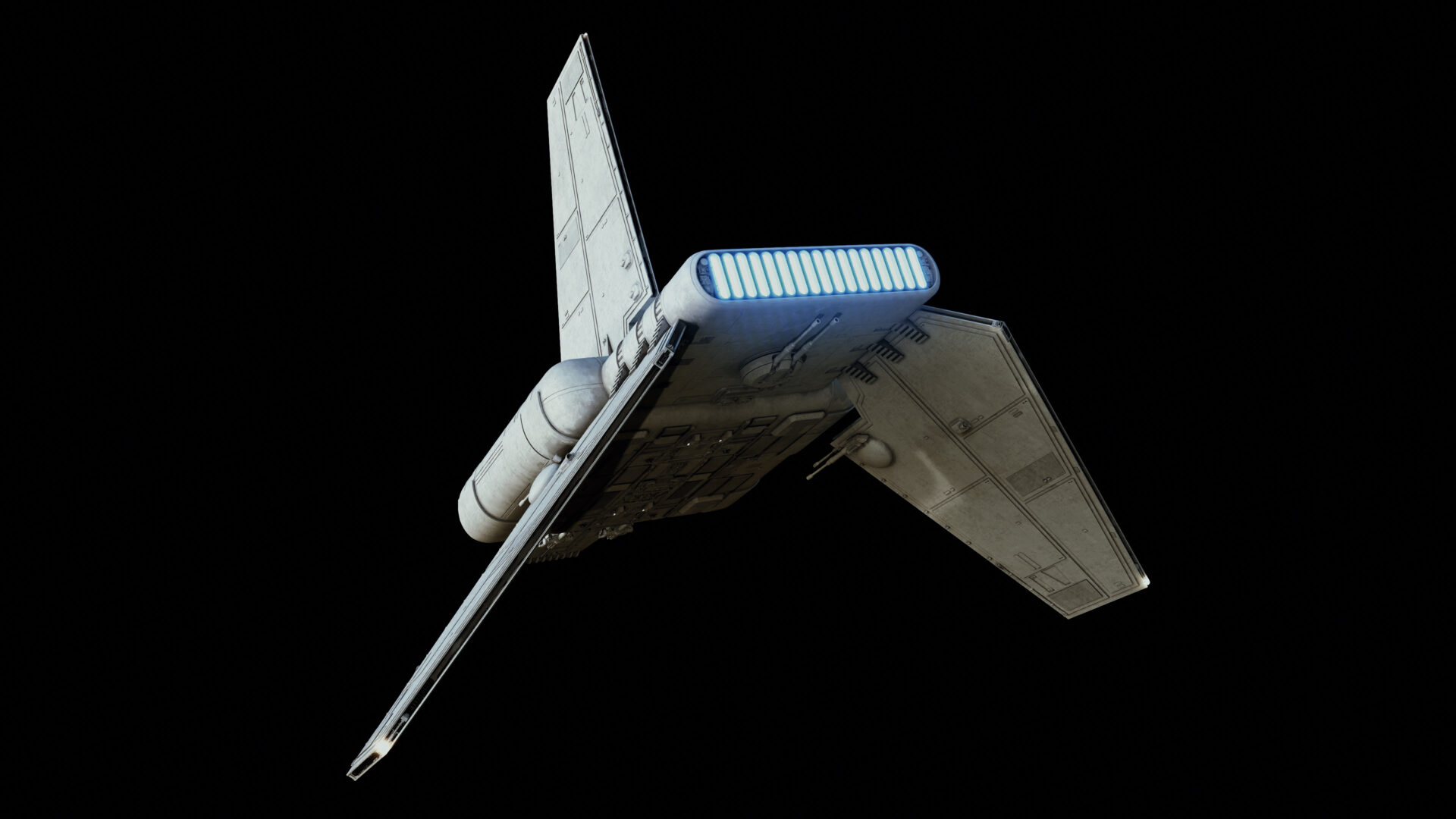 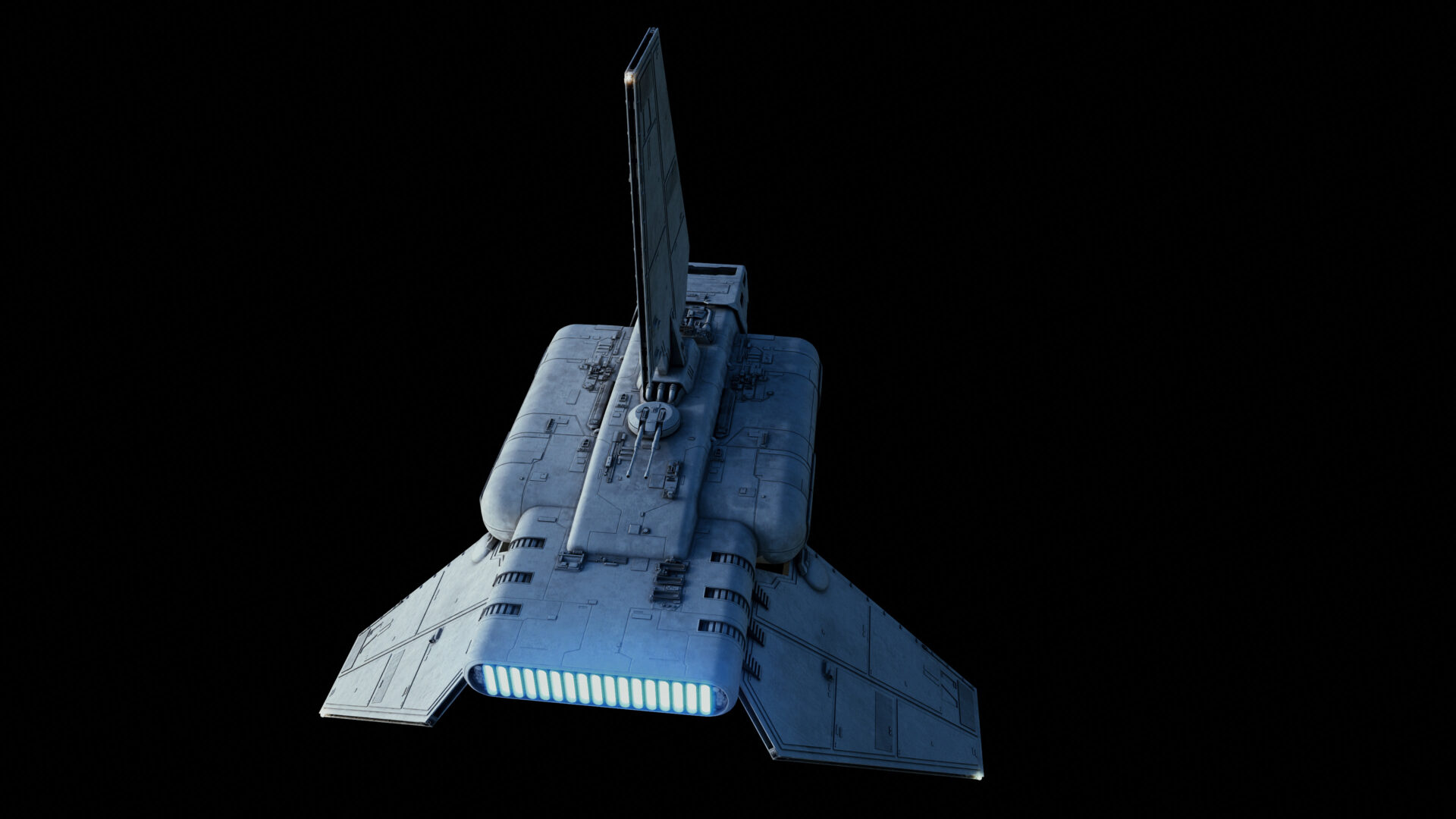 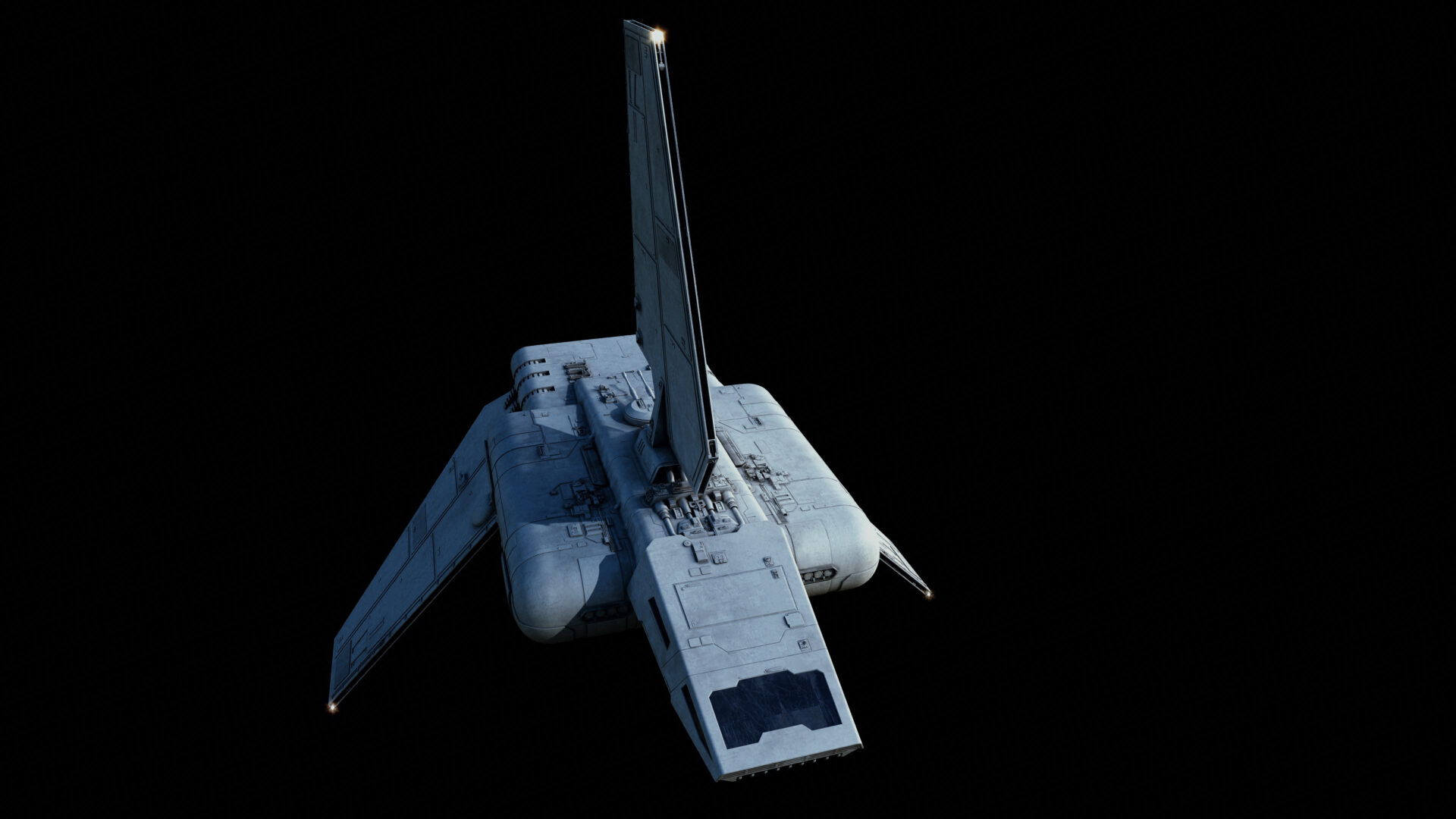 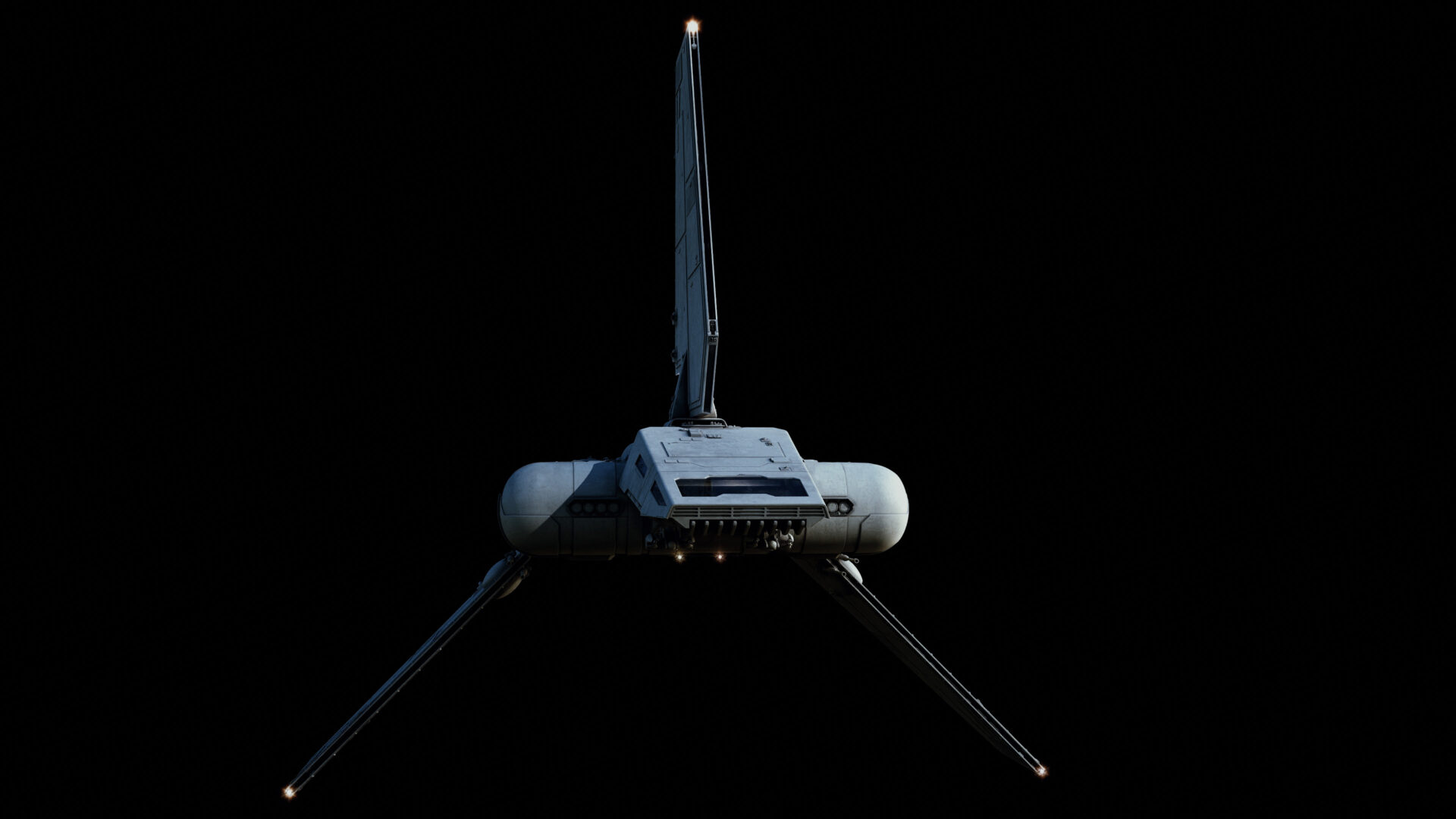 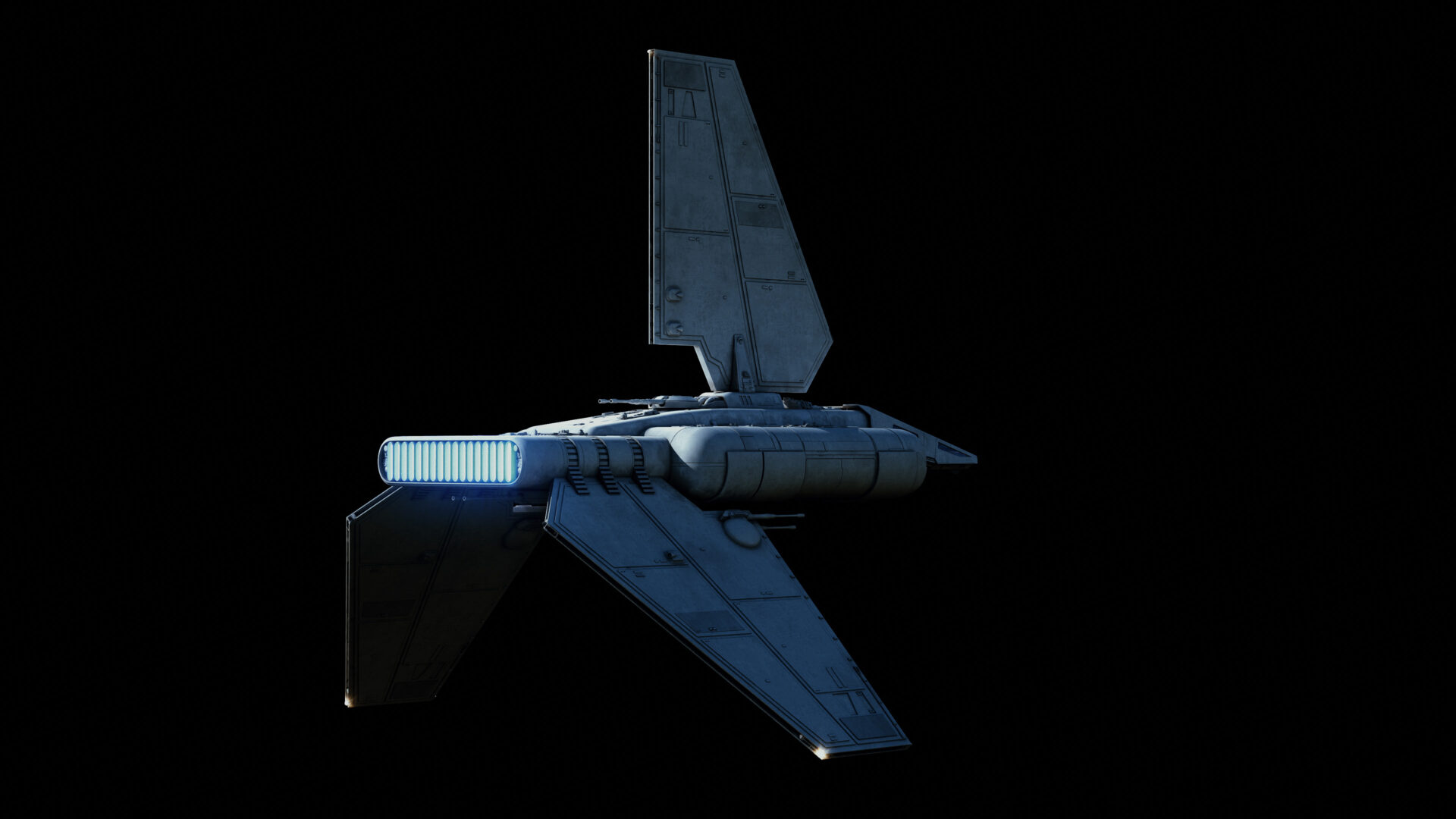 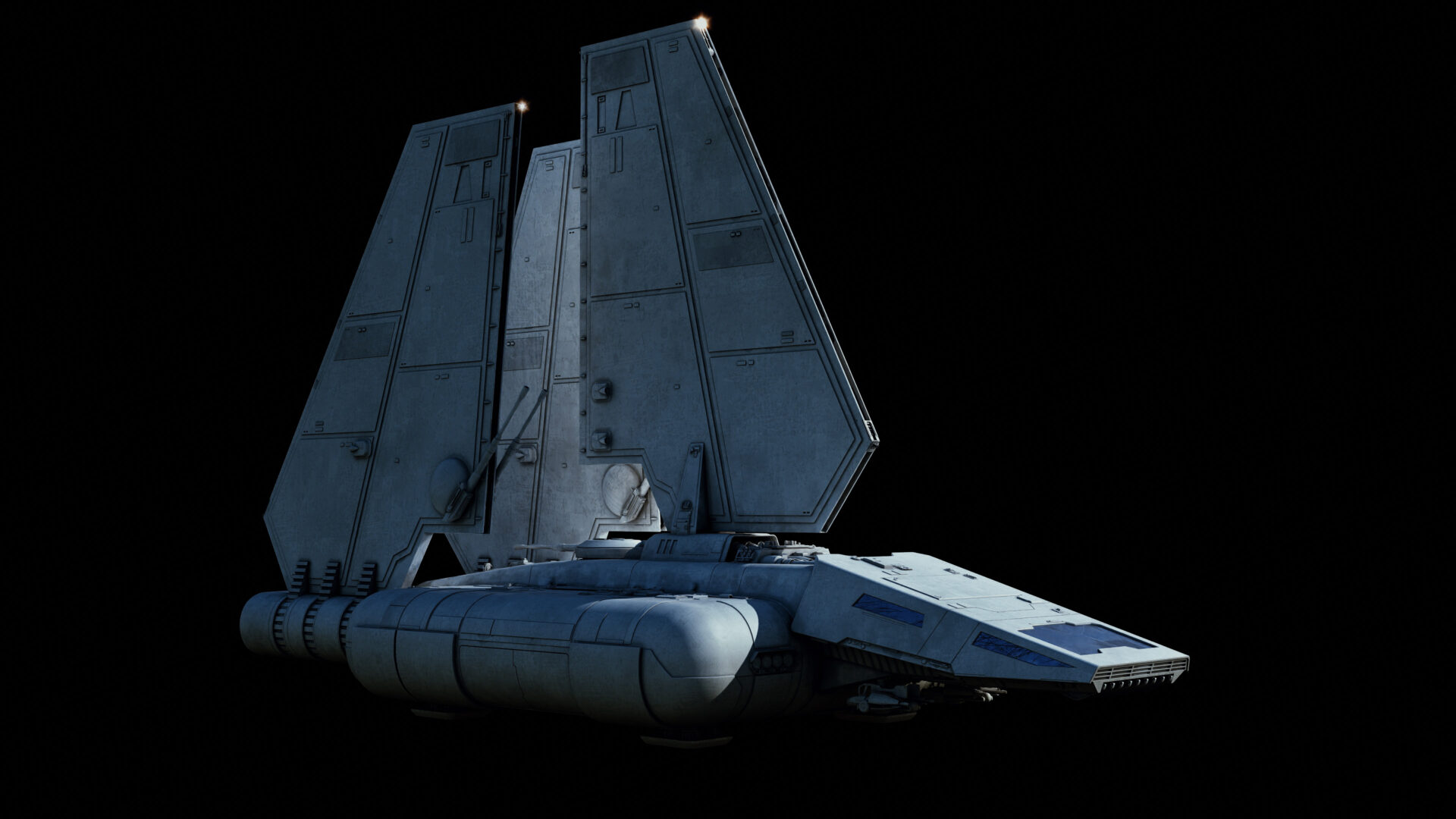 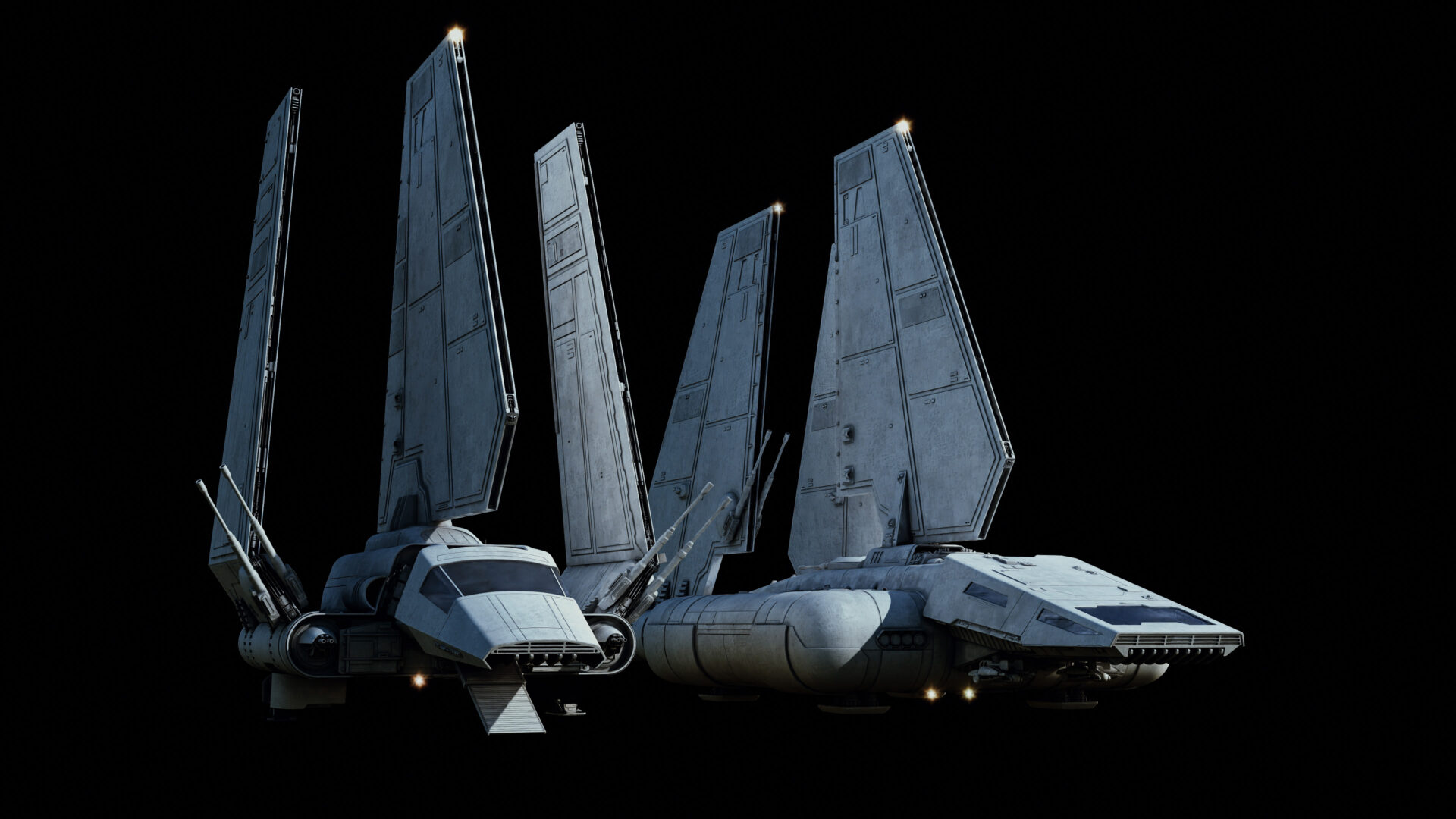 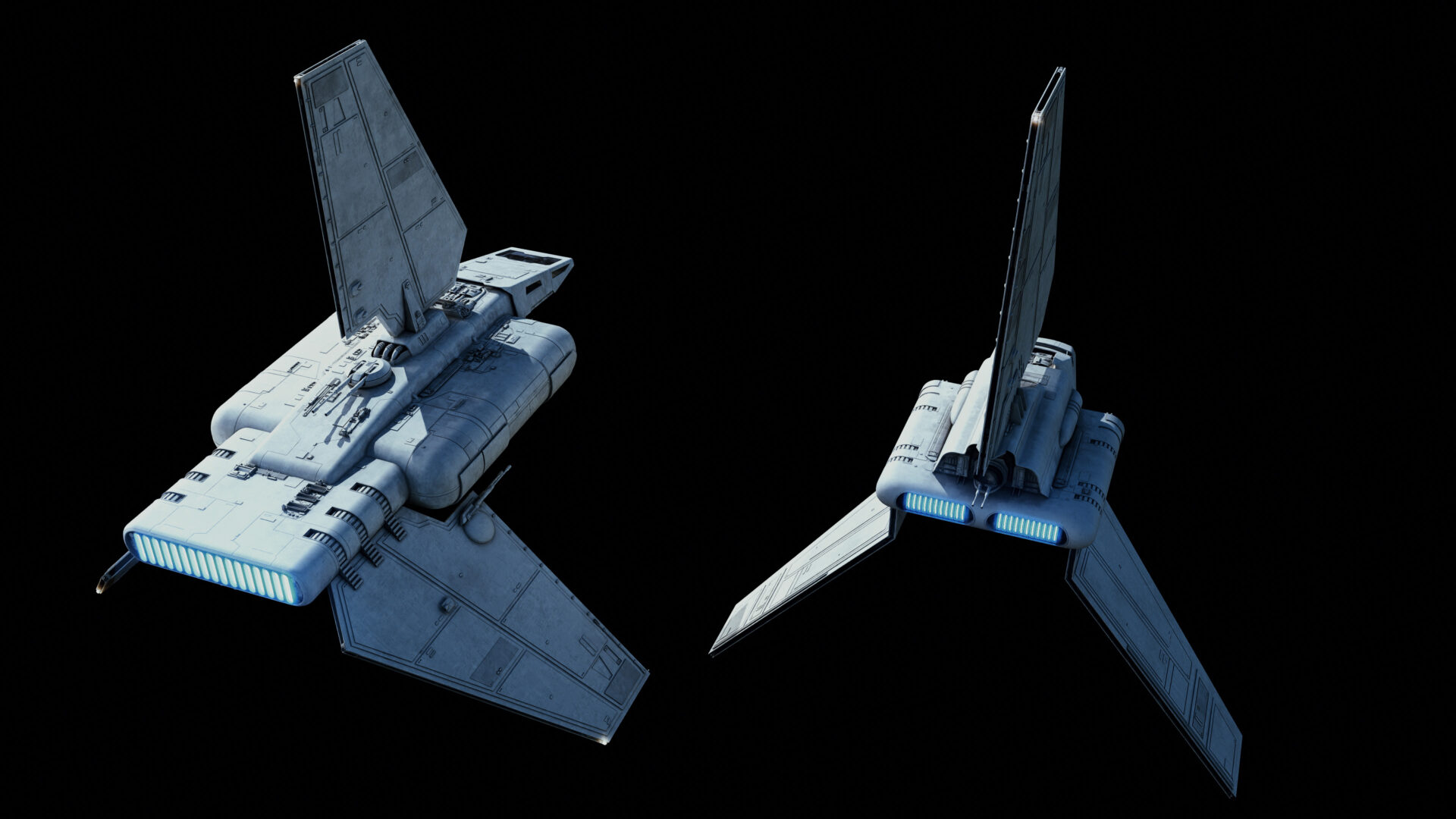 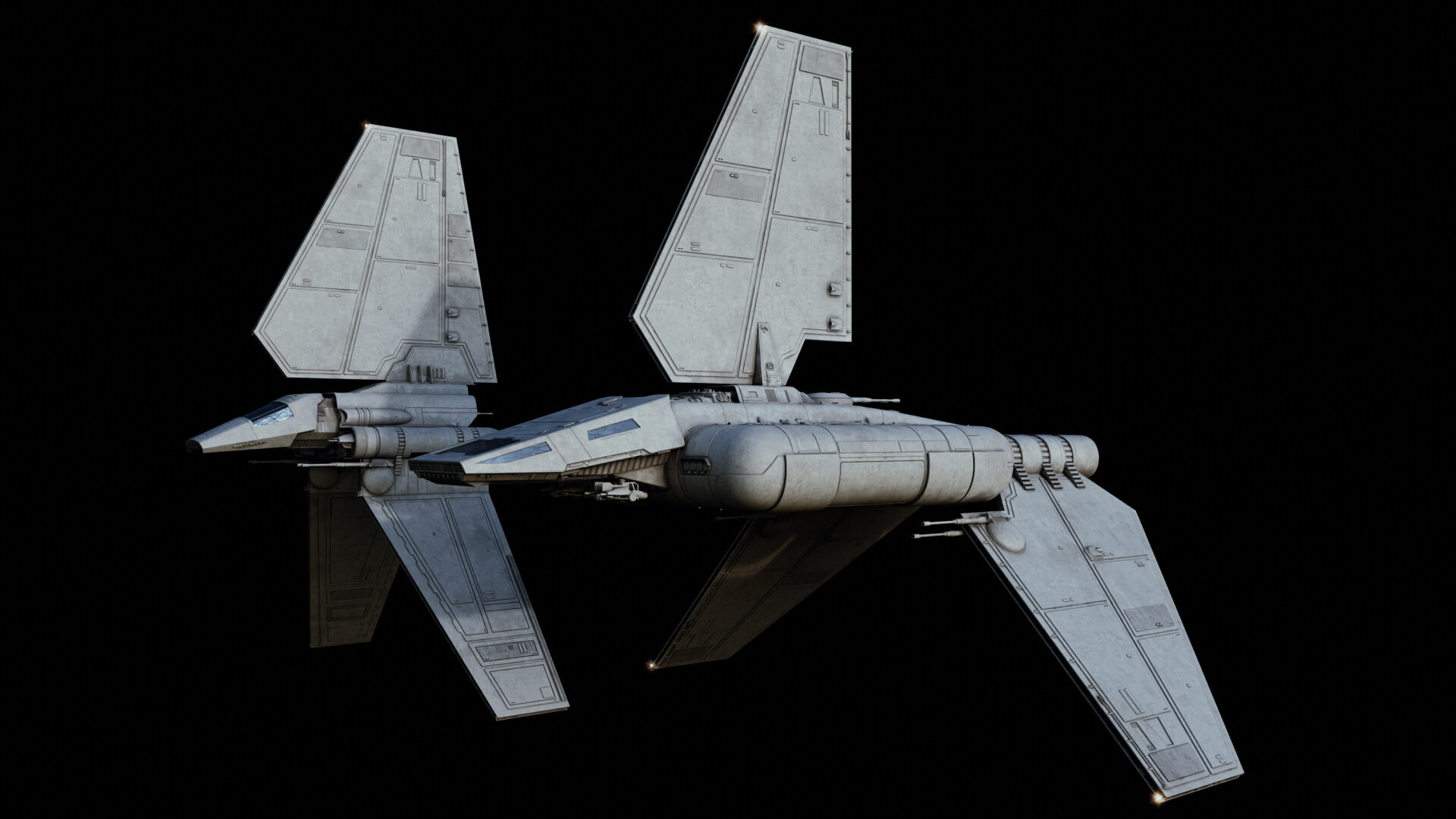 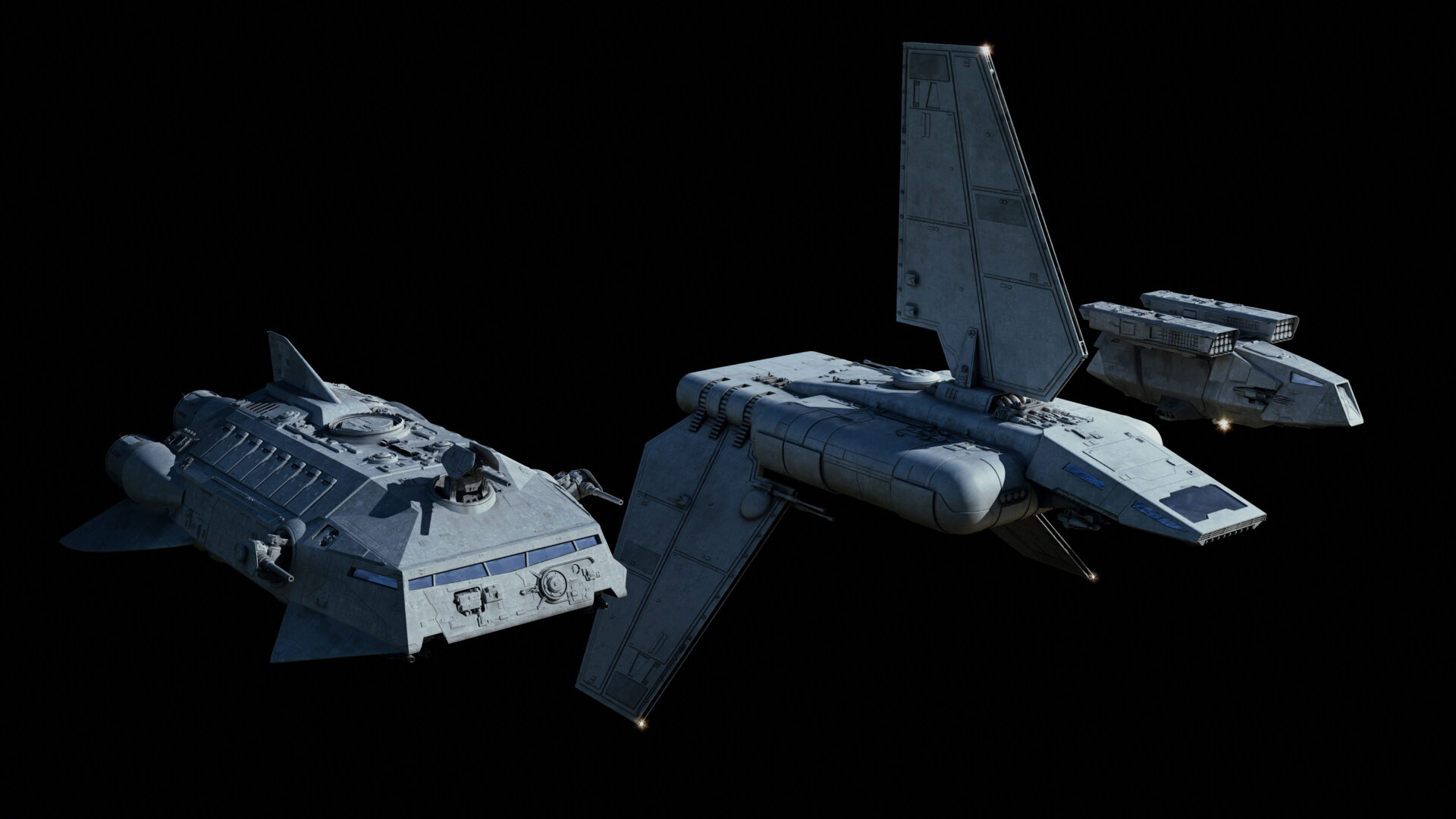 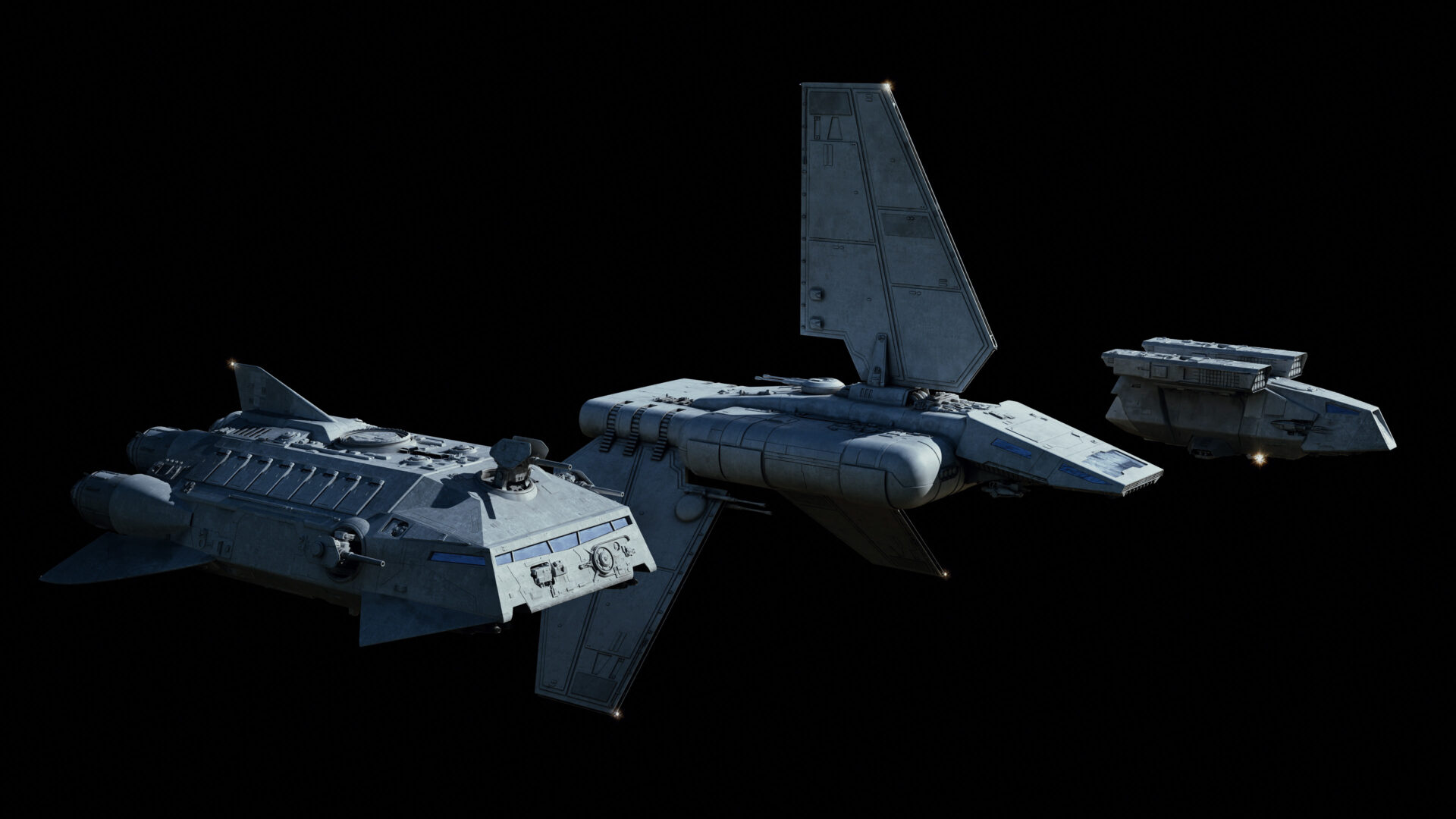 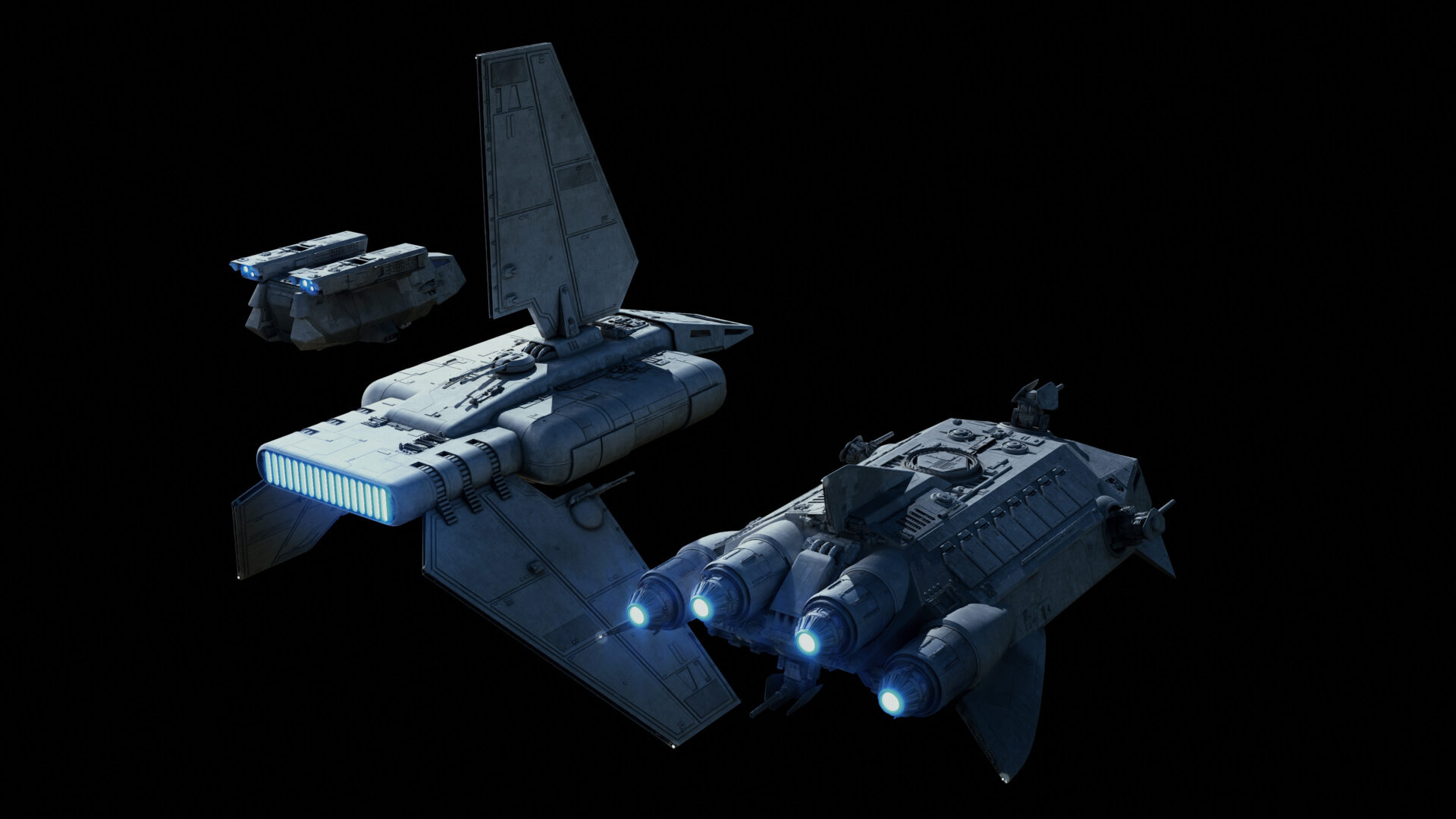 Well, I like most the original version from A New Hope.

Have you ever had any of your models 3d printed? Is it possible to purchase any of them for the purpose of doing so non-commercially?

More amazing work! Have you ever considered doing the Loronar Corporation Strike Class medium cruiser? Would love to see your take on that design.

As I recall, his take on the strike class was (a few years ago, at least): It’s crap and ugly, let me design something much better *designs the Kontos-Class*

Ok, perfect, yeah, the Kontos is much better!

Can you do some of the canon vehicles such as the onager, cantwell, and gozanti

I do like the yellow lighting better than the blue one.

What is the light shuttle on the right called?

I believe that’s the Delta-class DX-9 shuttle. I believe I t’s only seen in legends sources and looks pretty goofy on Wookieepedia, but Fractal’s take on it is amazing.

After some consideration, I respectfully suggest it needs a docking ring on the ventral hull, with a hull-cutter so it can serve as an assault shuttle if needed.

I think since the Gamma is pretty much superior in almost every way as a specialized space-ops craft, not going to fit a cutting ring. Sentinel in my view is a specialist hyper-capable vehicle to insert infantry into atmosphere. You could have an internal airlock fit into the side access panel as needed though.

The Gamma is absolutely best-in-class for that mission. I was just thinking that the Sentinel having the ability to do it in a pinch would be a useful asset. That plus the universal docking collar would allow it to do external hard docks on ships without the landing bay capacity to land a Sentinel internally.

Nice to see this finished after following the progress on discord! Fantastic model as always, and an improvement on the original design. 👌🙂

I was about to ask why is someone swinging on a rope beneath it i n the first picture before I realized it was the line of the wing.

Very nice! I like the slope in the rear dorsal hull behind the ventral s-foil; it gives the Sentinel a surprisingly sporty look that’s distinct from every other version I’ve seen.

*dorsal S-Foil, not ventral. That’s what I get for commenting before the coffee kicks in.

Will you make a Gozanti-class cruiser or a AT-TE walker?

As always, Fractal gotta hand it to you. Your models are the most accurate and detailed, anywhere. About the Sentinel itself, the Sentinel was a multi-role shuttle, and drop ship. Being capable of landing a AT-AT. Advertised it is said that the Sentinel could also be used as landing craft for up to 75 stormtroopers. 50 more than it´s cousin, the Lambda Shuttle. Furthermore the Lambda was designed for executive transport in mind, while it´s cousin was designed to be more of a front-line craft, hence why there is several exits, as opposed to the single forward ramp on the Lambda-class, which made a easy target for Rebel snipers on the battlefield.

Another amazing rendering from Mr. Hsiao. Any chance to get this and the other two shuttles in a top down view?