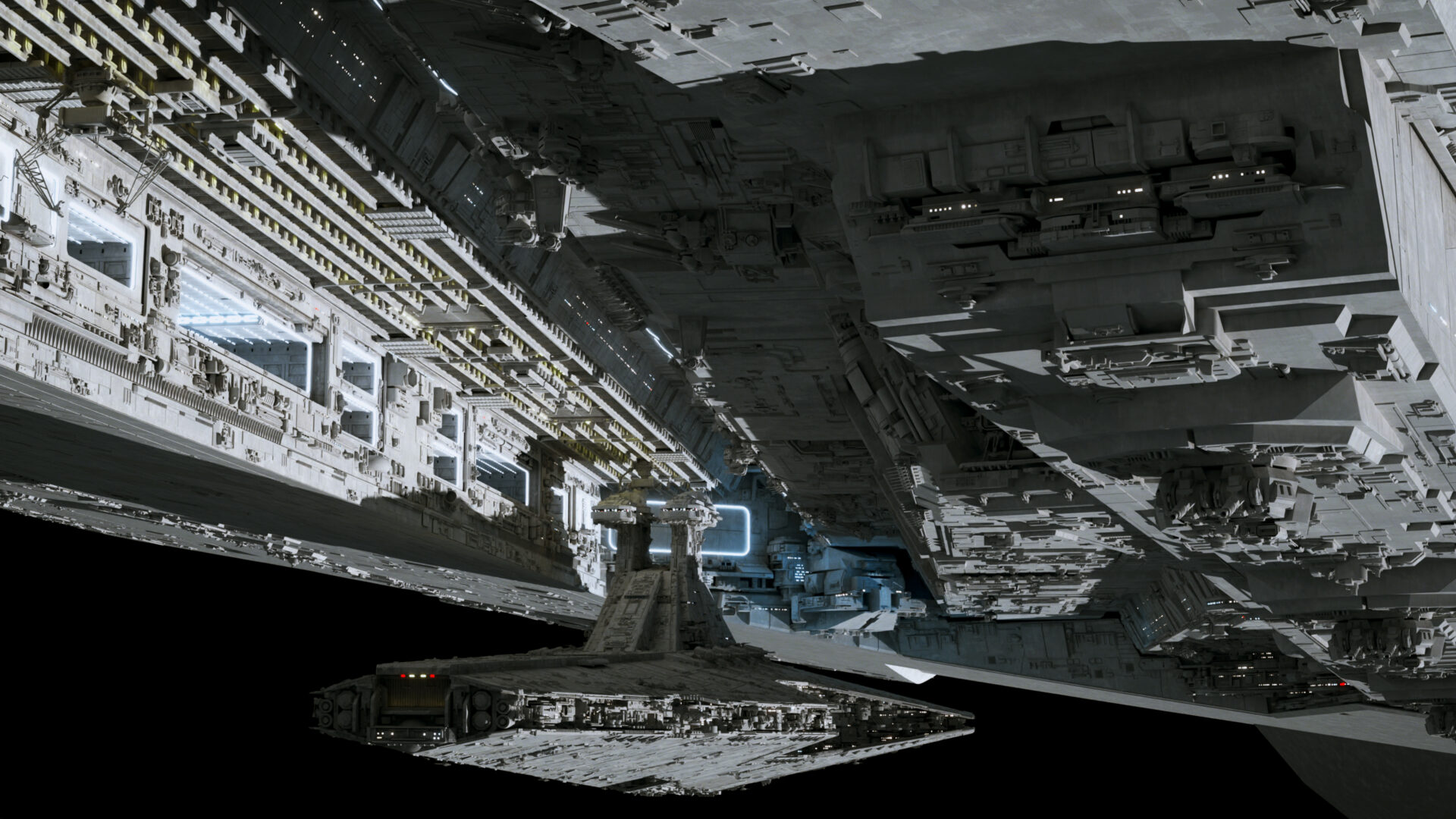 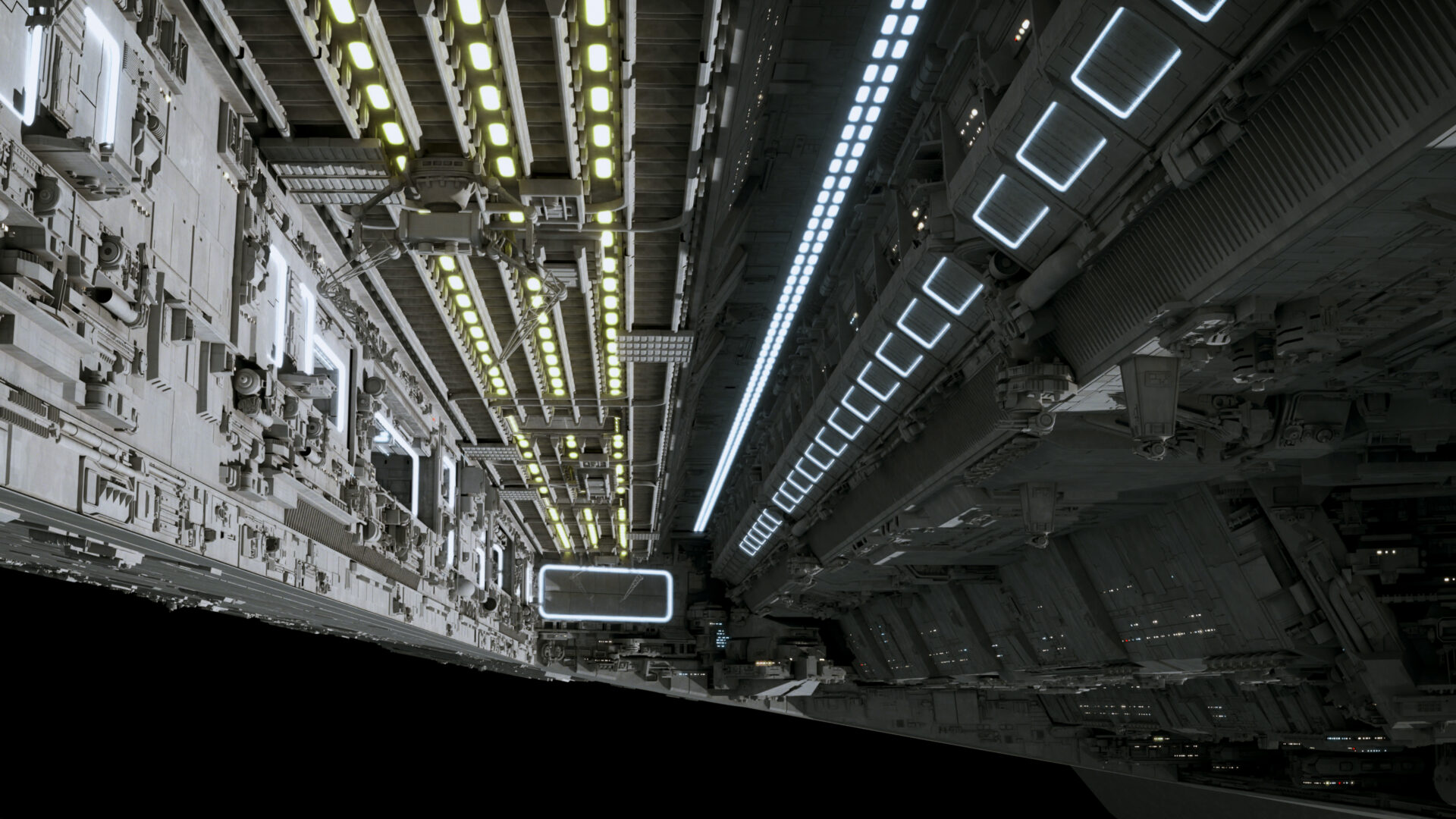 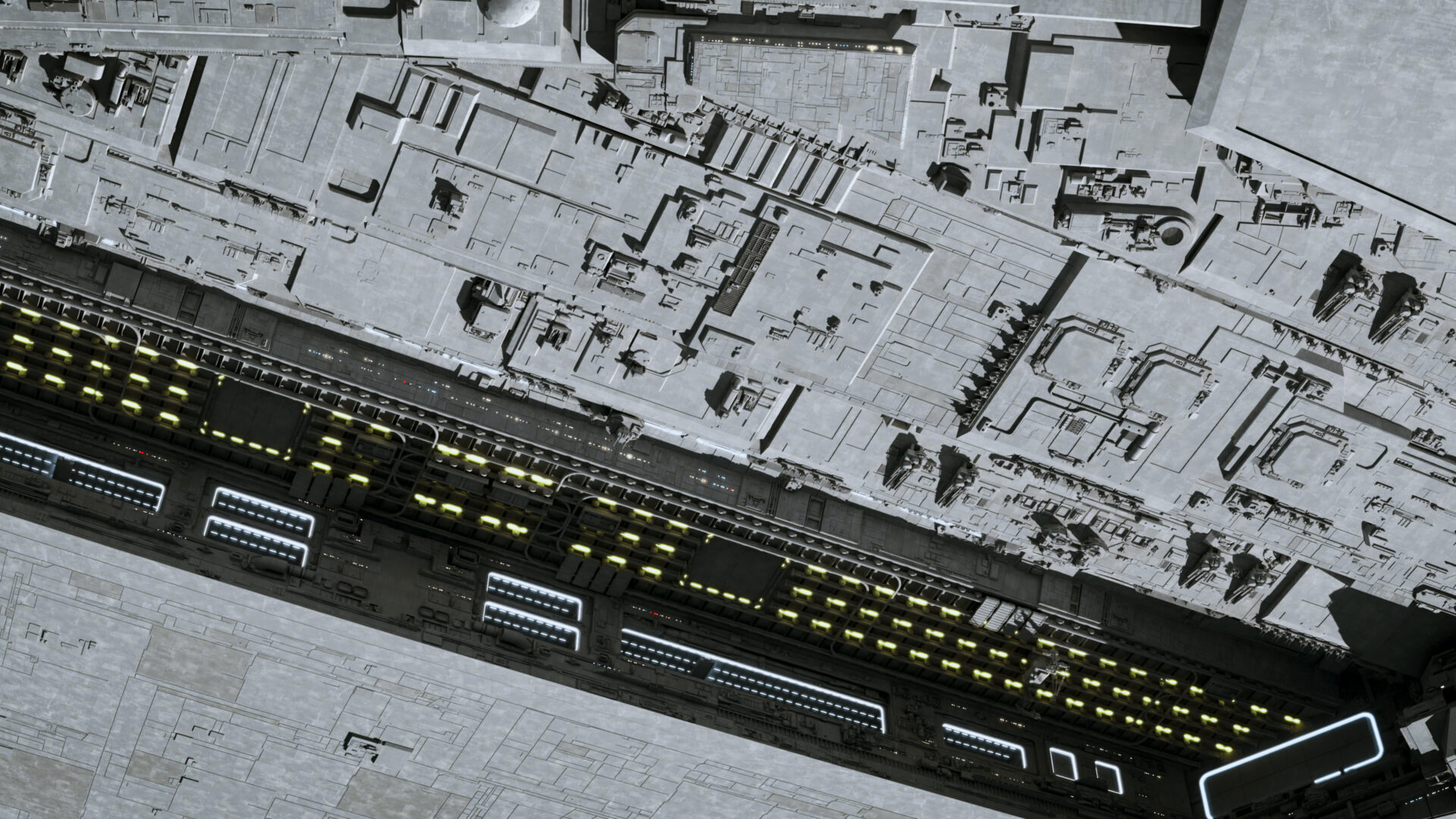 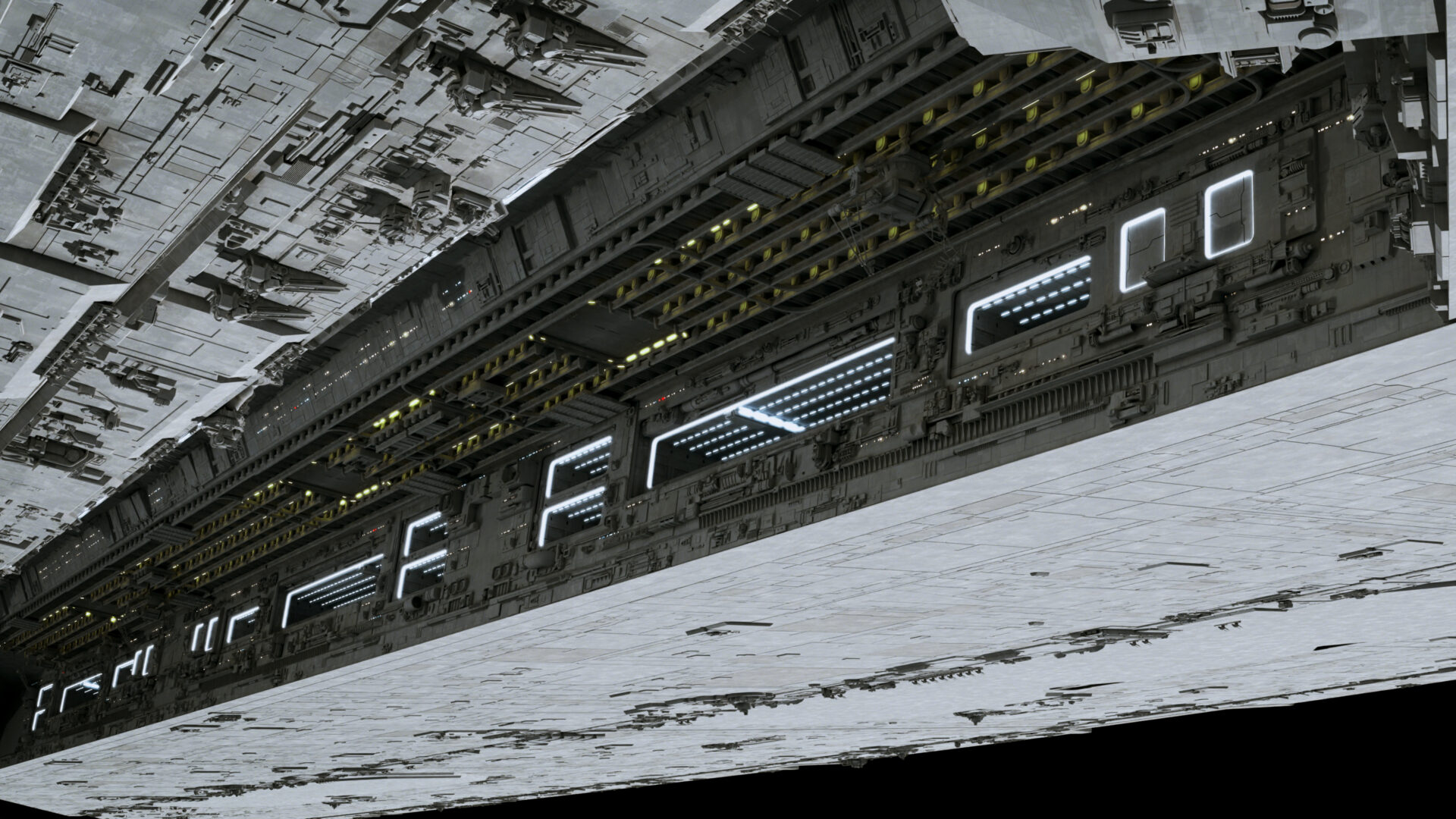 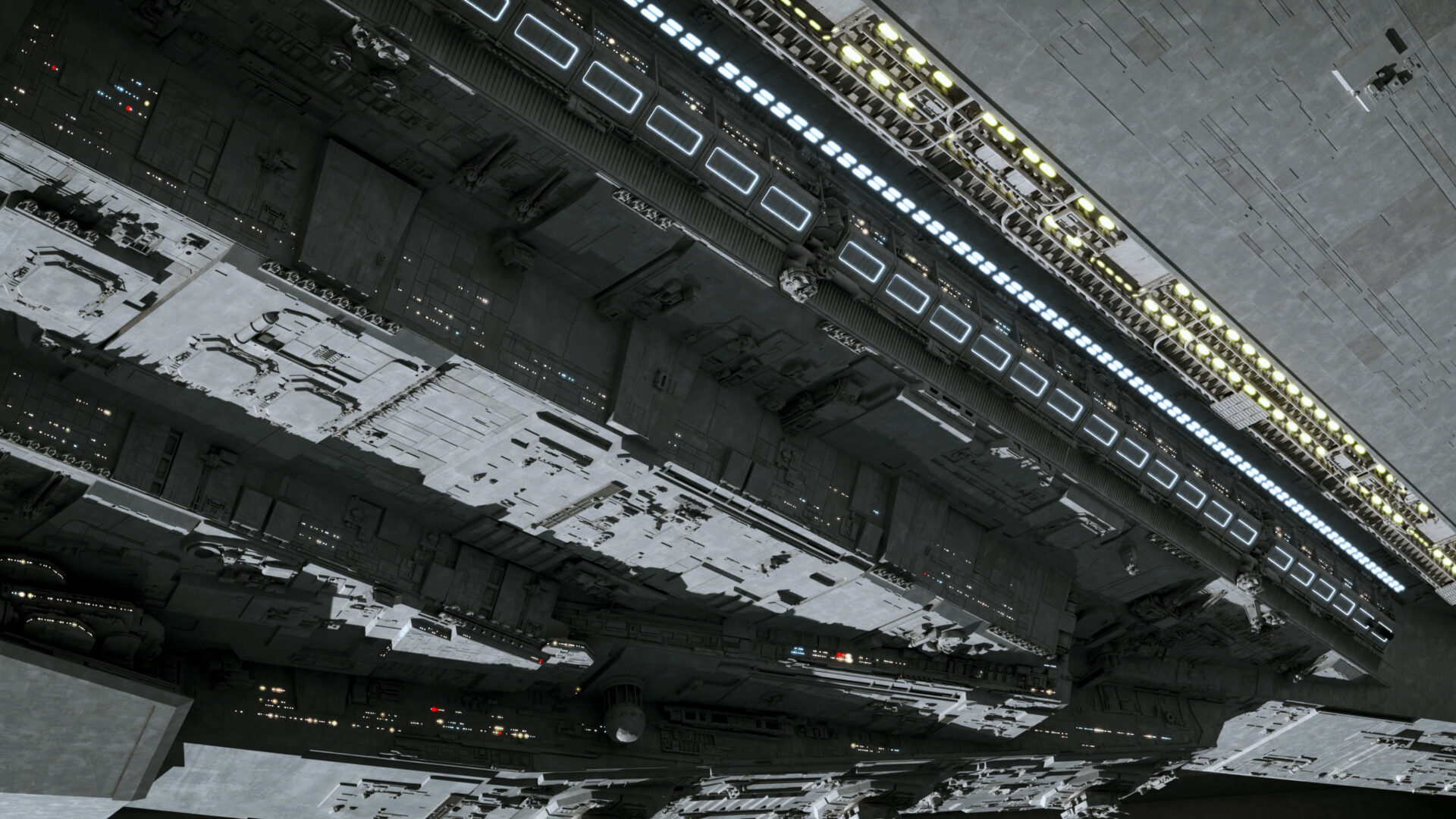 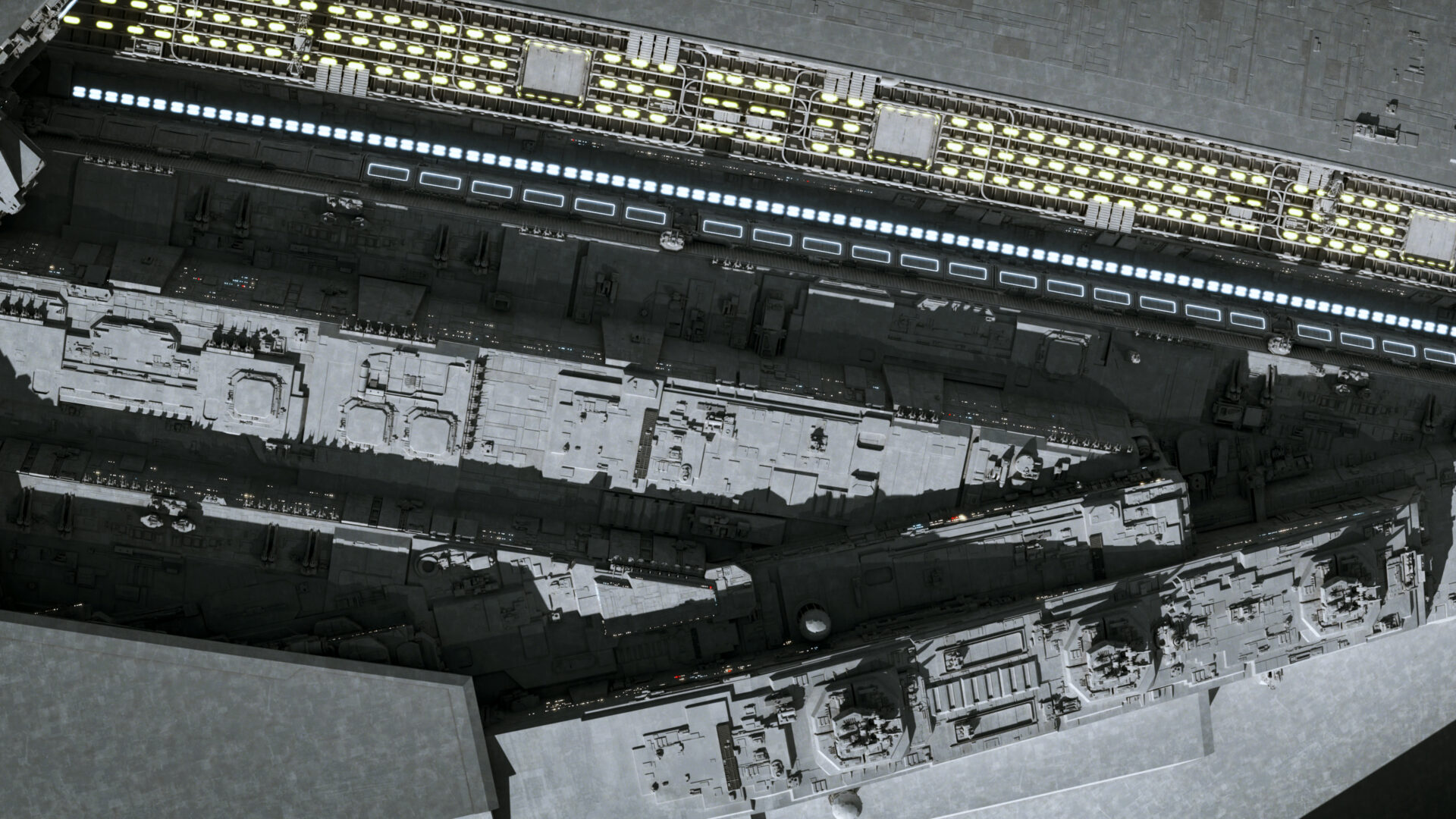 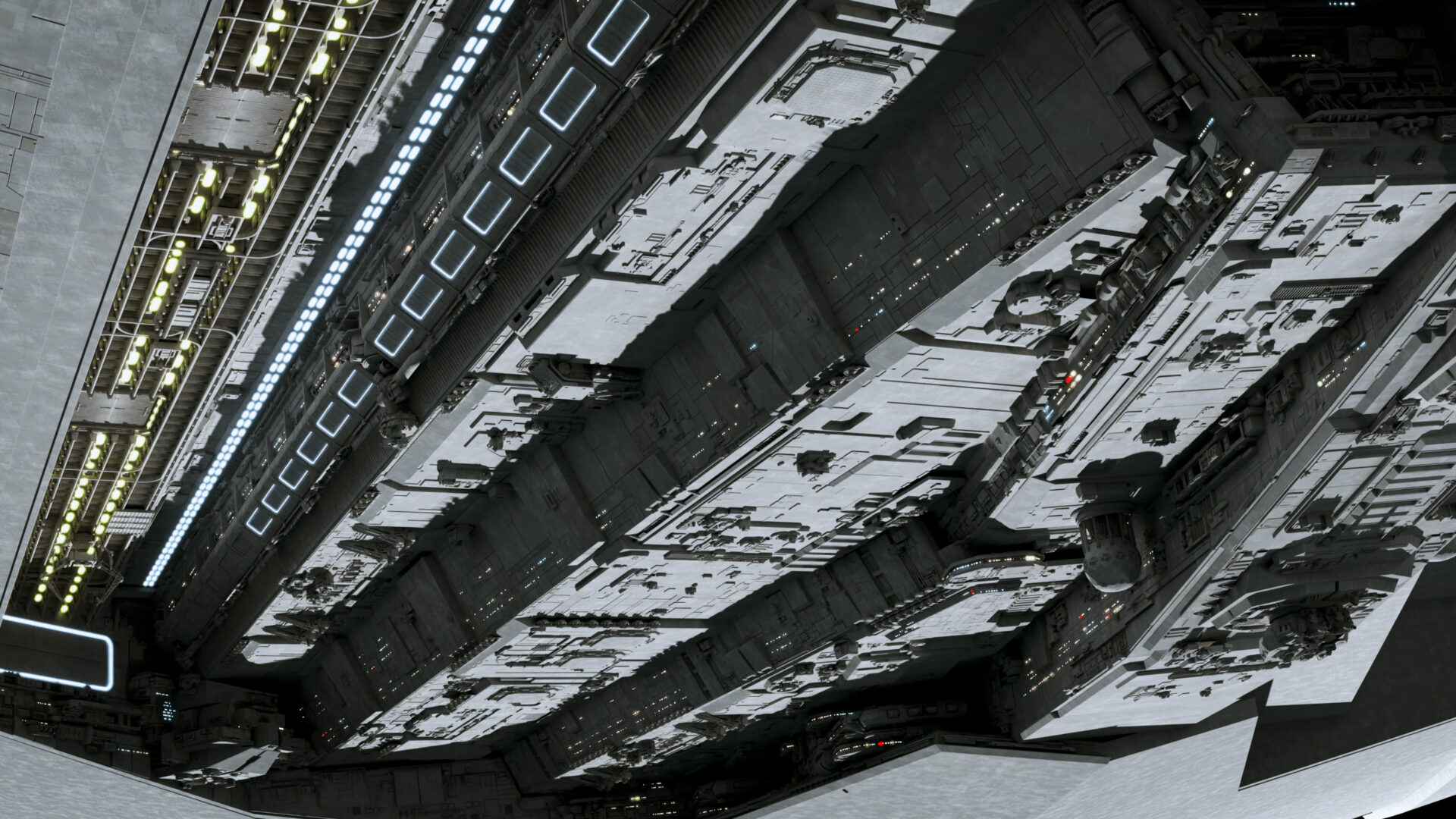 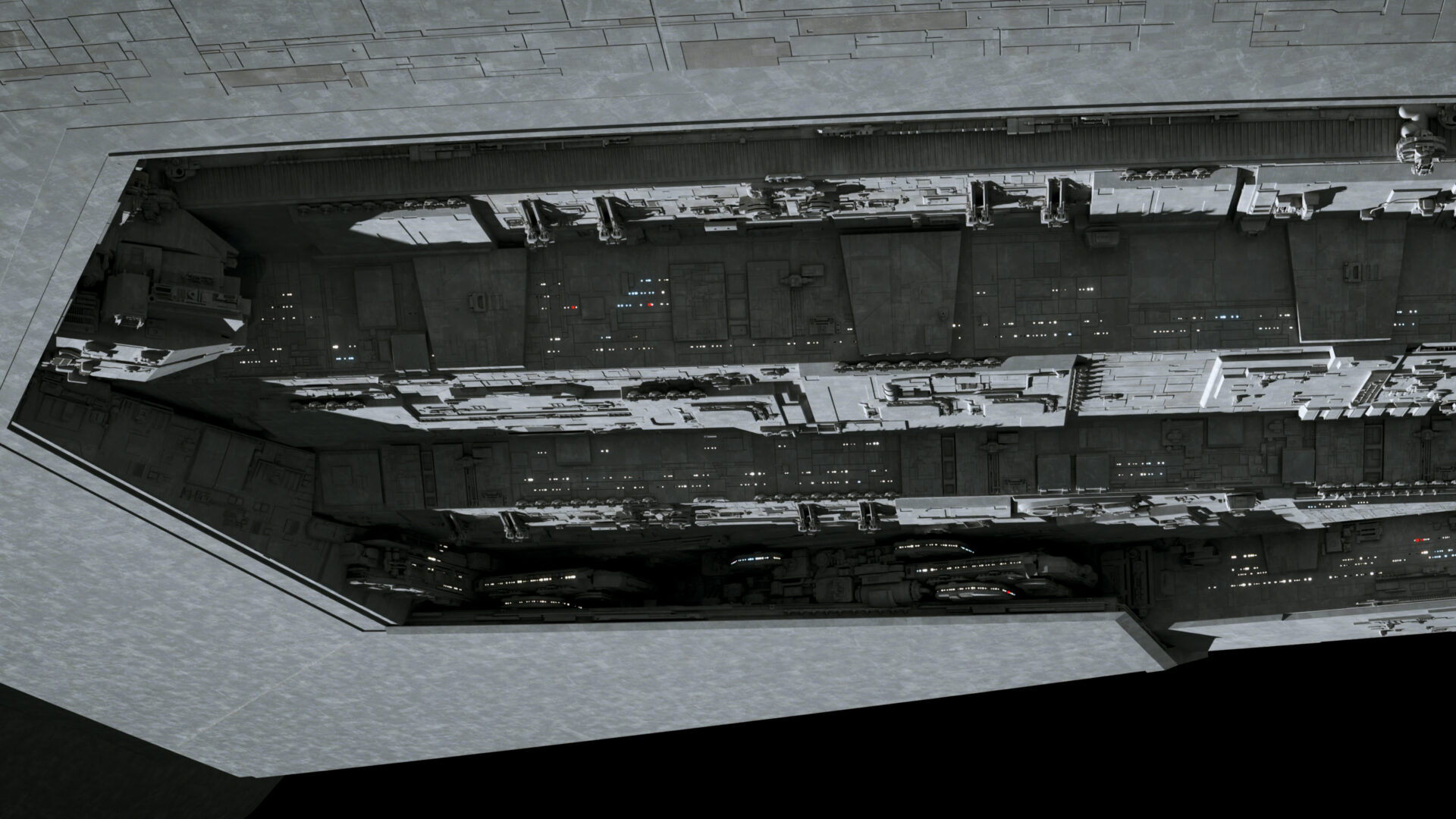 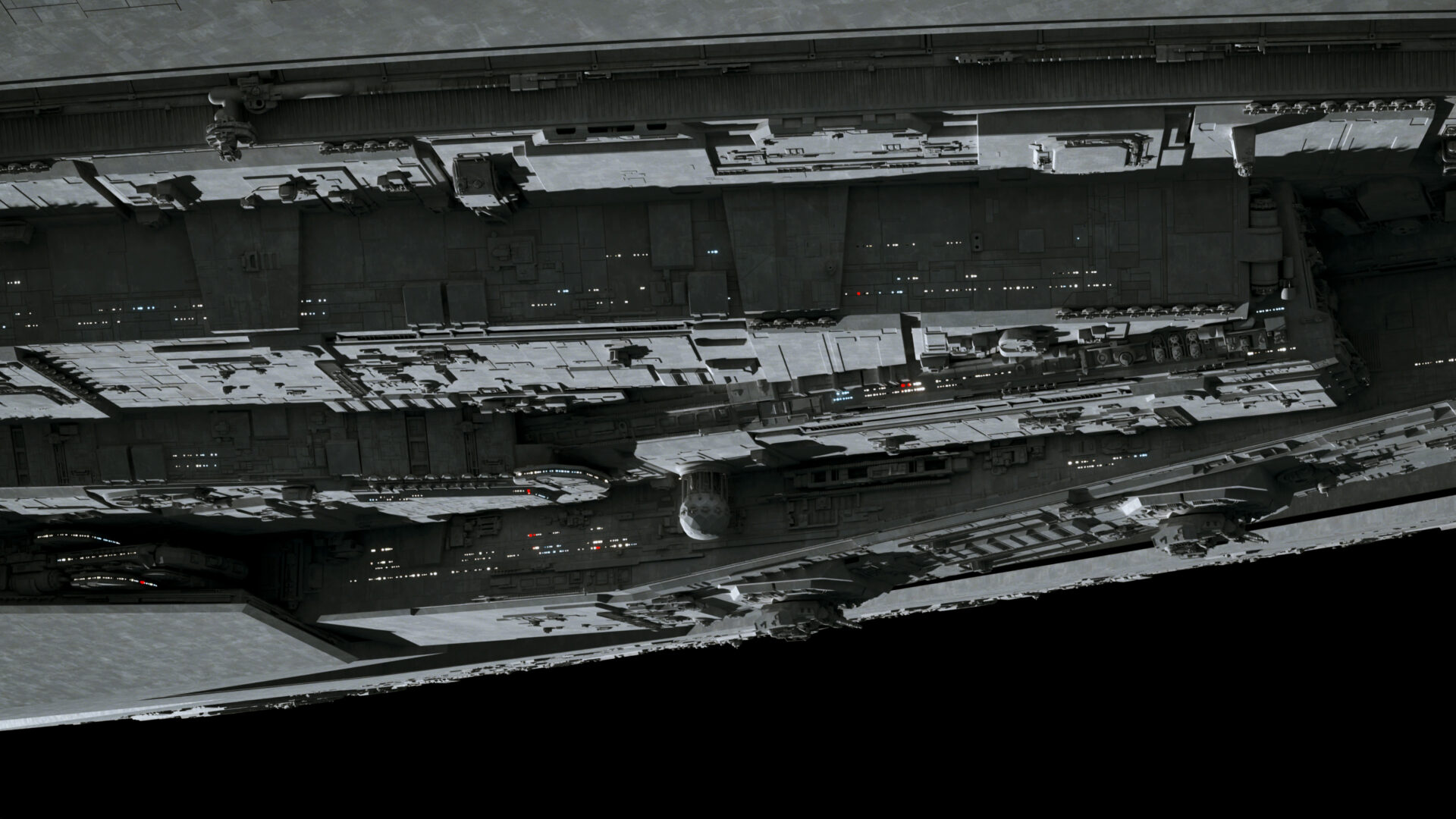 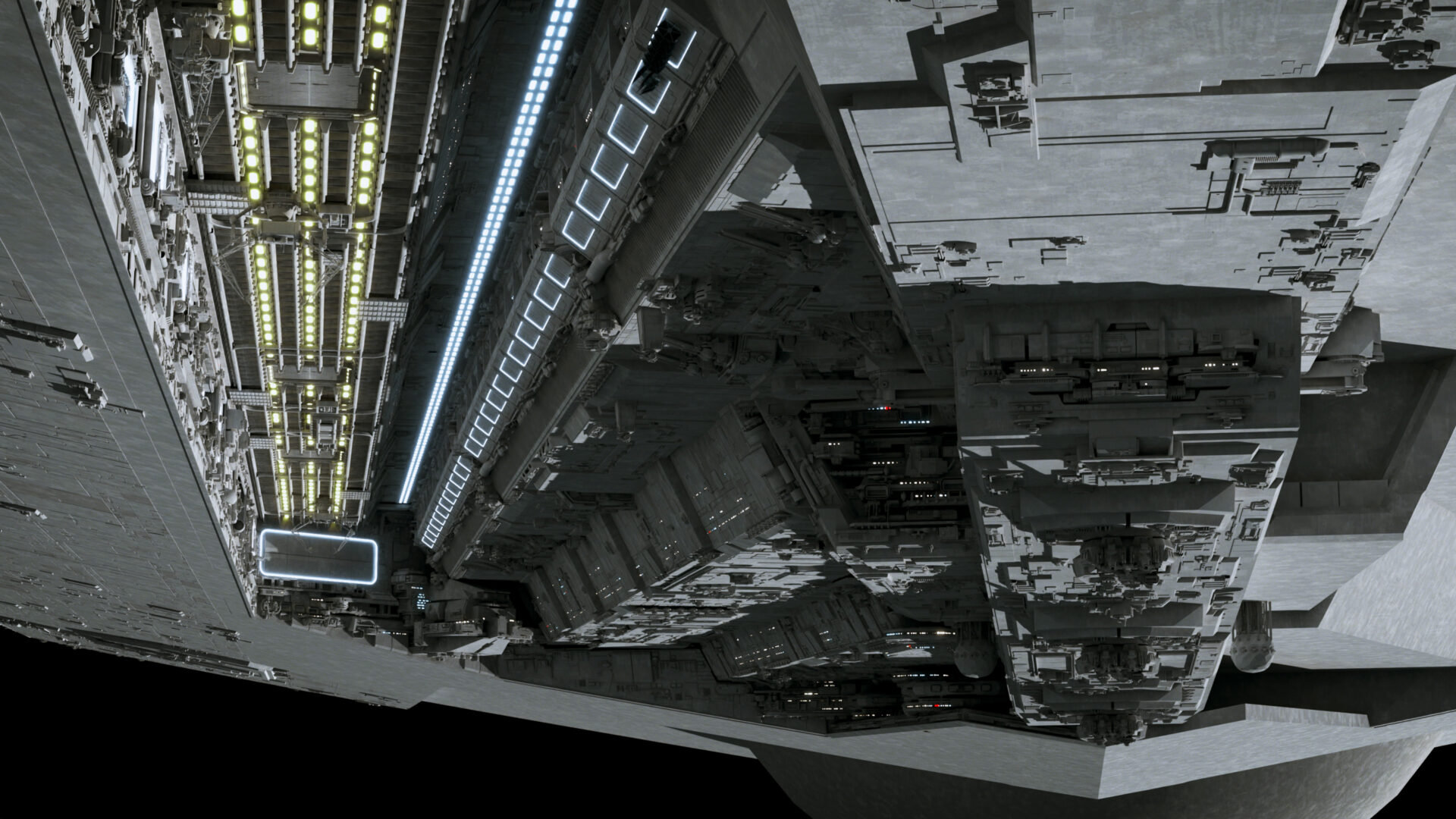 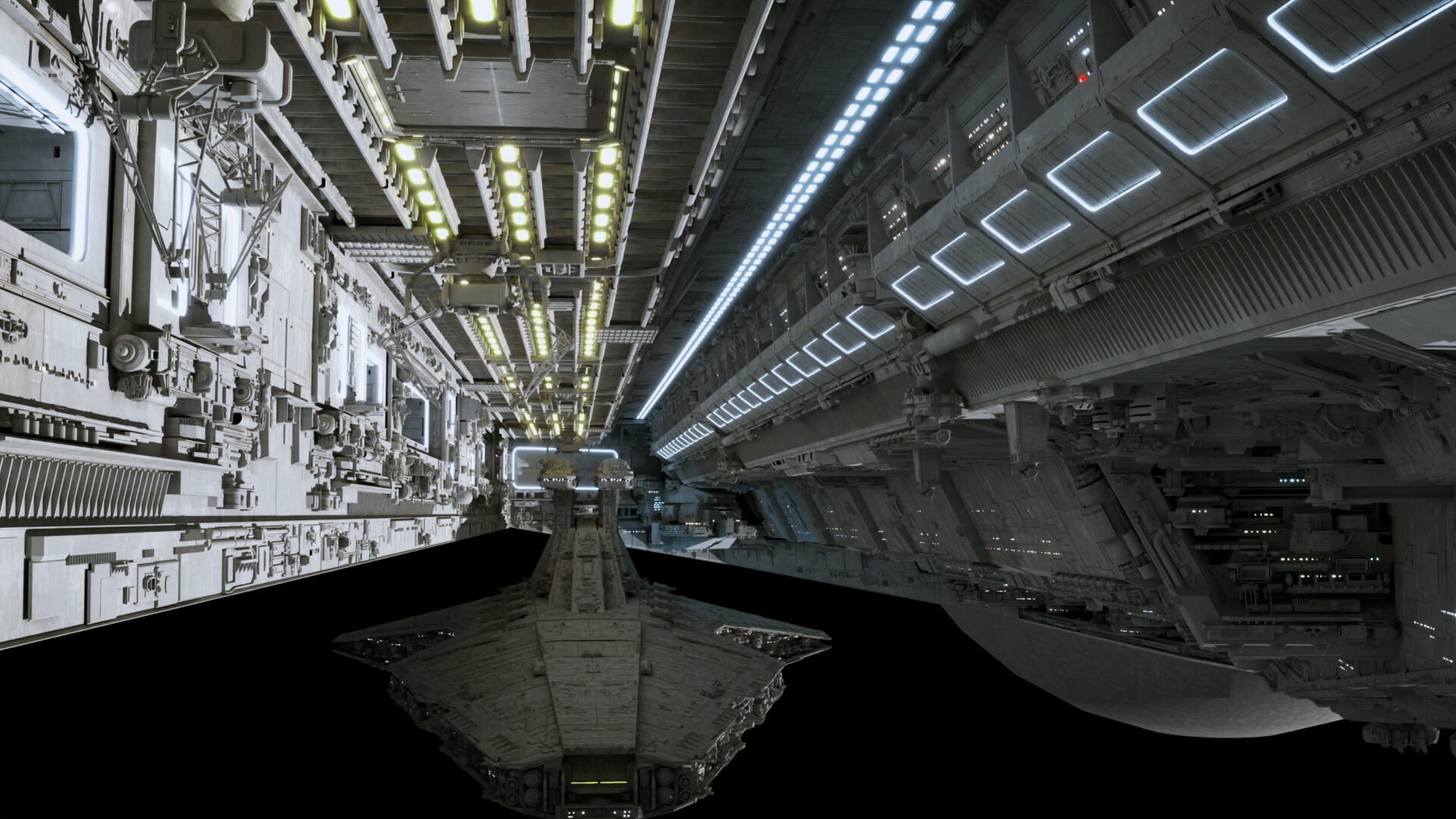 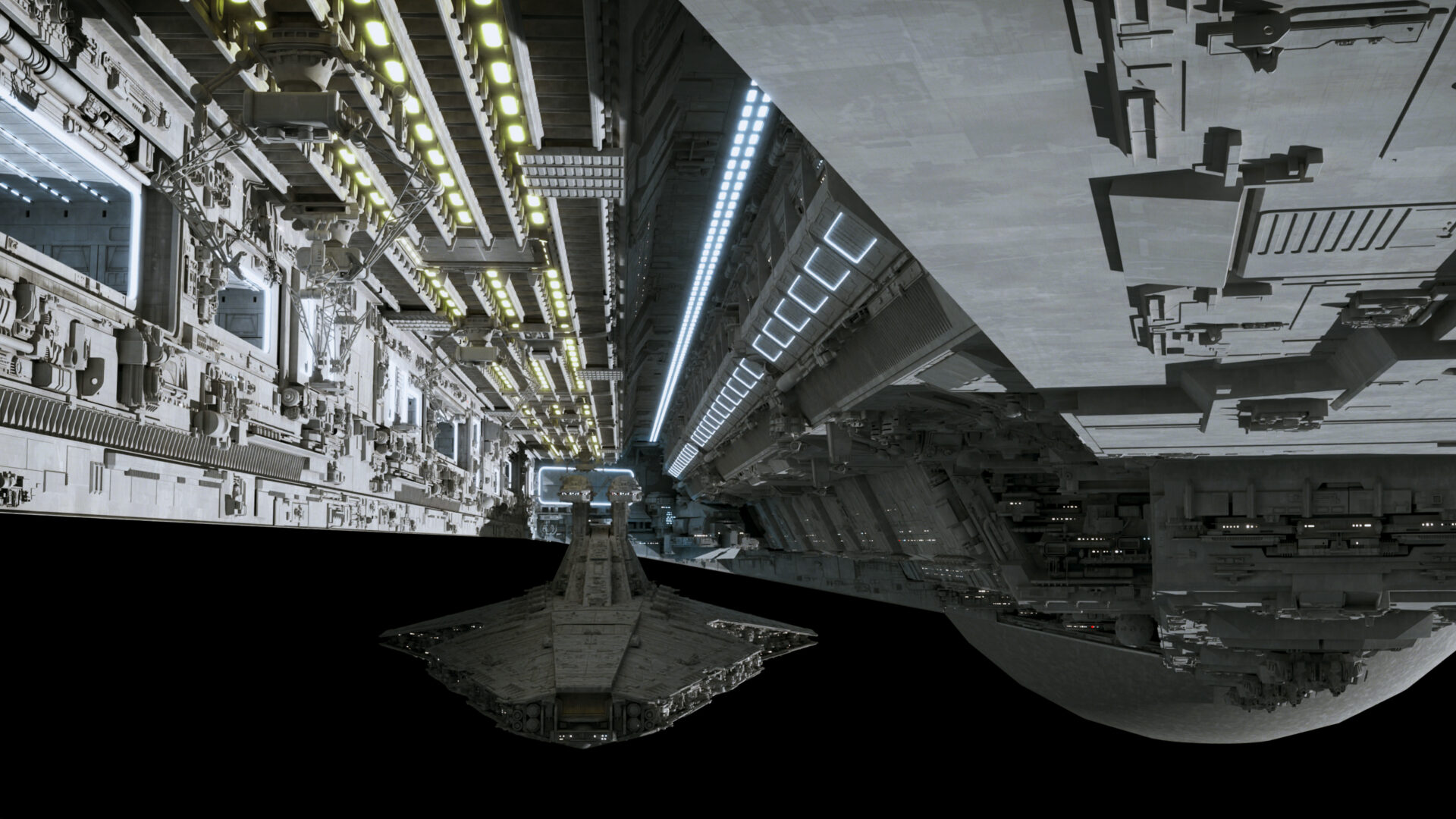 Fantastic work. It would be awesome to have a mod of Star Wars: Empire at War with those models, it would be fantistic.

This is high poly models, the game won’t be able to render even one of the ships in real time

You should totally make a flyby animation when this is done

Heck, I’m willing to settle for an ortho of all Dreadnought-level ships on here.

Absolutely stunning! She probably carries several hundred fighters, if not a few thousand by the looks of it!

This is just crazy. Fractal sir, you are a madman. Also I’m very surprised by the size of this things hangers. Love the detail there👌. I was just wondering if this is a split hanger design? If so, very cool.

It might be just me but I think pictures 7 and 10 both show and indent which would probably be a split hangar design. I am probably an idiot but that is what I see

Just double checked and I have a feeling you might be right. Thanks for pointing that out.

Nice work with the new WIP folder. Keep up the good work, whether it’s close to completion or not.

Holy shit. Wow. The fact a Venator can fit in there! Fractal, you never cease to amaze!!

Speaking of which, what are the dimensions of the ships. Also which one is more powerful the Mandator 3 or the assertor

I can’t give the definitive dimensions of the Mandator III, but I can assure you that the Assertor-class Star Dreadnought is considerably more powerful.

For starters, Fractal’s original Assertor design has an axial superlaser that can pop a Mandator III like a soap bubble… or pretty much anything shy of a small moon, for that matter. It has a generator to match, and enough ultra-heavy turbolasers to boil the oceans of Mon Calamari after about a day of bombardment, even without the superlaser. I hesitate to describe an Assertor as a flagship as much as a mobile siege platform.

The Mandator III, as best as I can tell, does not have comparable firepower, having chosen to dedicate a bit more of its interior to hangar space instead. It’s a multi-role flagship with a greater emphasis on direct combat with other capital ships.

Of course, this is just my take on it.

I completely forgot about the superlaser.

Although I think the Mandator is a considerably better ship because it has lots of firepower and ability to carry star fighters. The Mandator would work better in a large fleet. But even better that if none of them were made. The empire misused there ships even when they built them.

Yes the Mandator would be a good planet defense ship, I admit that but Battlecruisers and cruisers would work better than a Dreadnought

If memory serves me right, the Mandator line ships, both the I and II were 8 km long vessels that were more built by shipyards as “look what we can do” showoff models rather than active warships, that were then supplied to republic planets to run planetary defense, Only a handful of I’s were ever built. The II were retrofitted Mandator I’s so they could see active combat during the clone wars when ship limitations were lifted and to bring their armaments up to current standards.
When the Empire took over the Mandator line was continued and split up into two vessels, the 7.2 km long Bellator that was more slender and faster than its predecessors, and the Mandator III, a significantly beefed up Mandator at 12 km, that then served as a proof of concept for the later super star destroyers the Empire would start producing nearing its end such as the Executor (19 km) and Assertor (15 km), all of which would eclipse(heh) the old Mandator line ships in power.

That is by my measure the abridged history of the Mandator line dreadnoughts and their rough sizes, we don’t talk about the Mandator IV.

I agree with the Mandator IV

Although do the assertor, bellator, and Mandator have point defense cannons?

All of Fractal’s designs have PD lasers, even his ISD-II

FYI, ISD in The Empire Strikes Back use PD guns on the Falcon. It’s not Fractal’s invention.

Great job as usual. I love your model’s. And thanks for your hard work.