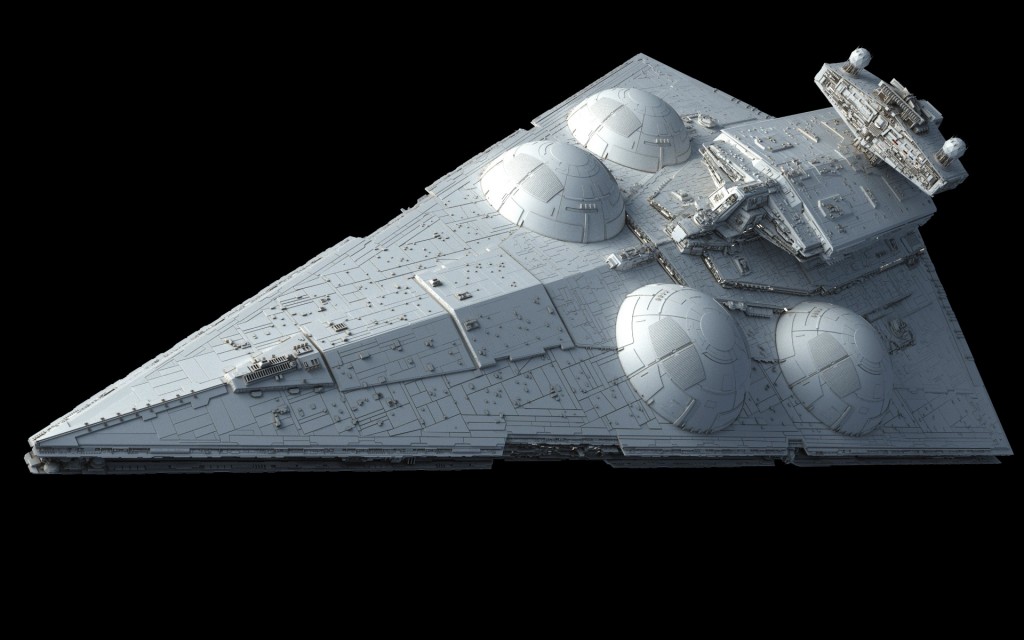 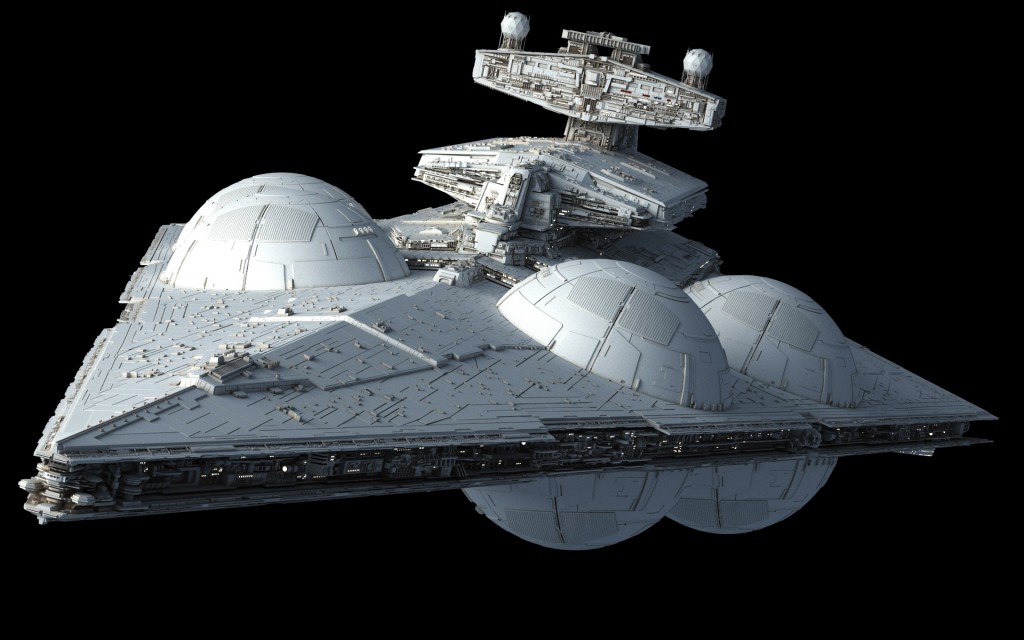 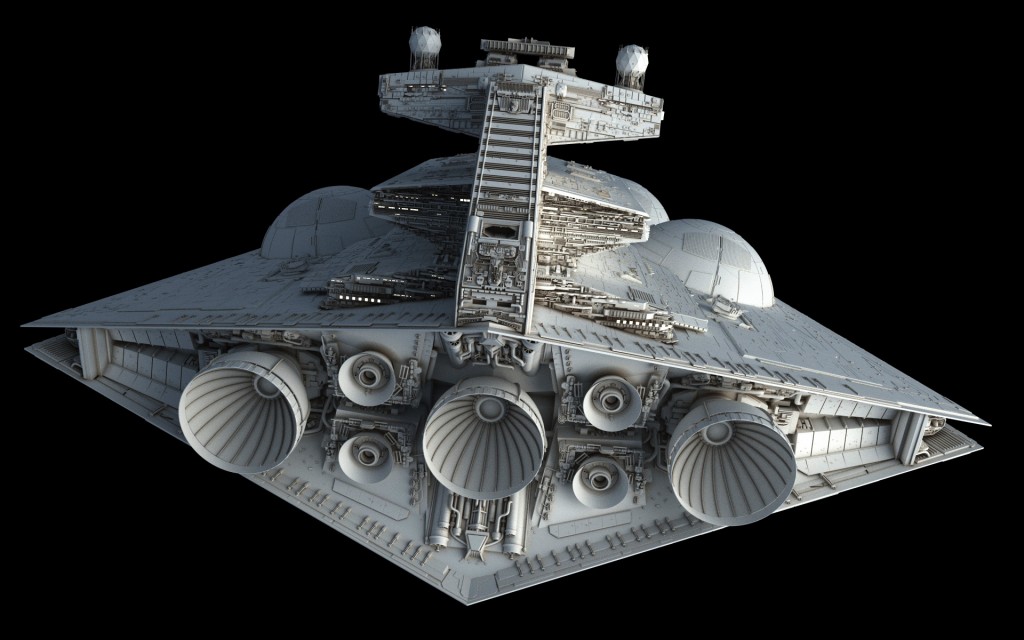 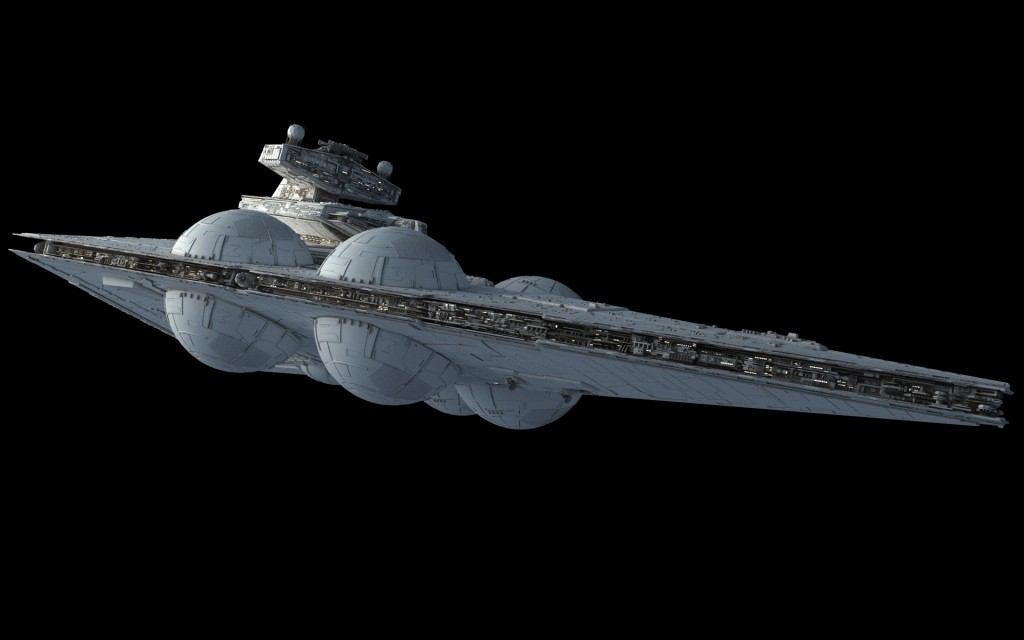 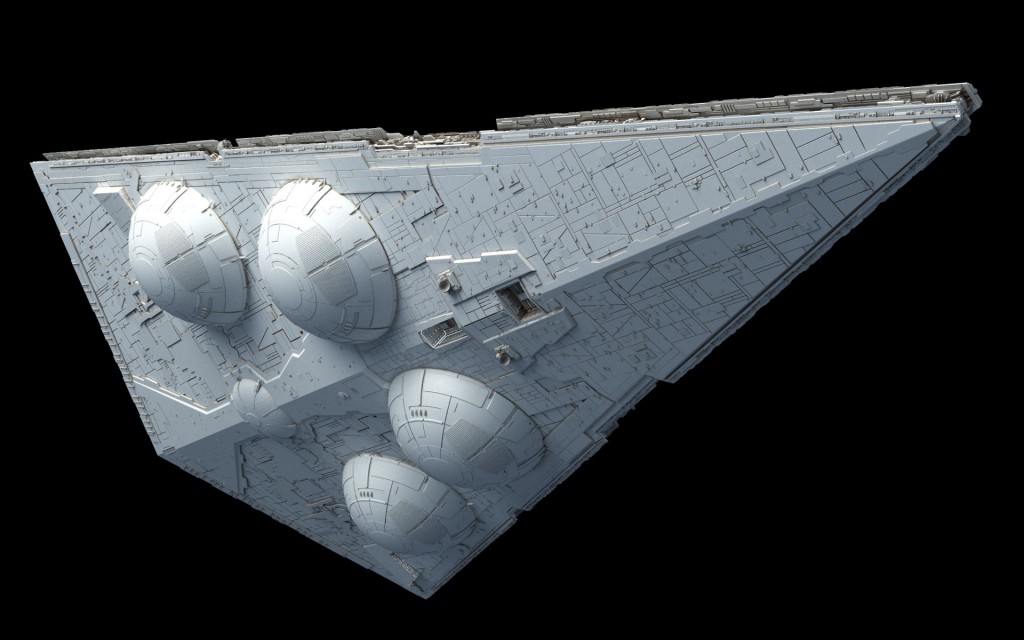 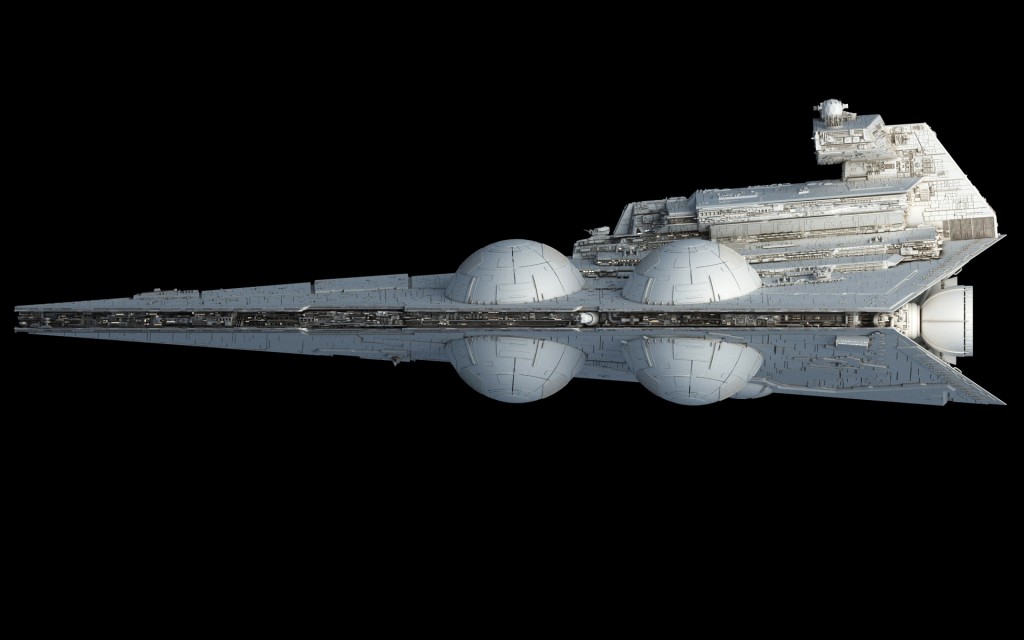 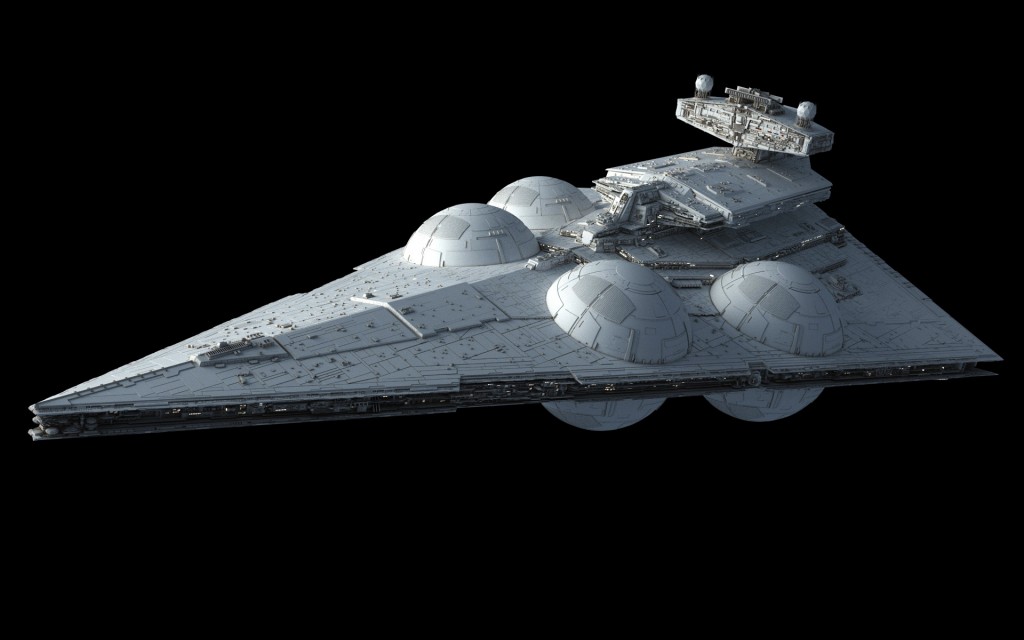 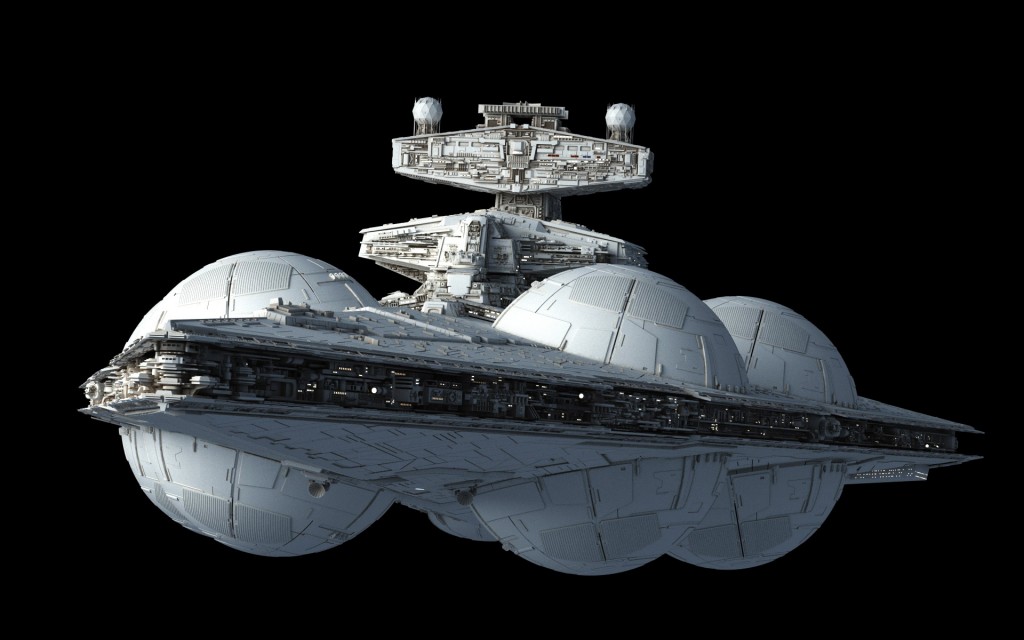 This Interdictor Star Destroyer is just waayy over the top mega cool !!!
Please come by and visit my web gallery here: https://www.deviantart.com/jose77sanchez/art/T-I-E-Pilot-Deep-Space-Dreaming-484412304
and let me know what you think about it. It’s my take on the Interdictor and a female T.I.E. pilot aboard it that looks out the window and day dreams of flying the reconnaissance T.I.E. ship that’s just outside in front of her.

Stunning work. I am no geek when it comes to Star Wars, but I like what I see very much. I love the idea of what one of these ships can do in the right position at the right time. Question? How did they know where to sit and wait, and when to switch those puppies on?

A naval commander, such as Grand Admiral Thrawn, would tell them where to go and when to activate the generators. A gravity well generator acts more like a quicksand pit than a lasso, as it pulls in everyone nearby indiscriminately. This feature can be used to pinpoint allied ship jumps as well as catch enemy ships from entering and leaving hyperspace. So, basically, there’s no timing involved.

I hope this link will lead you to the correct image

Can you do rendition of the Immobilizer 418 Interdictor cruiser from Star Wars Empire at War?
It came first, then the others followed shortly afterwards.

Gork — I’m confused. Where are these turrets you speak of? I’m certainly not seeing them….

If you squint at the rear, upper-diagonal & broadside shots for this sucker, two out of the original Impstar design’s eight heavy turrets are visible behind the aft pair of grav-well domes (which probably necessitated the removal of the other six). An extra pair of what seem like lighter turrets seem squeezed in between those guns & the rear domes, but I wouldn’t quote me on that. Plus, that broadside view actually reveals another big turret on the first ‘terrace’ of this ship’s forward superstructure, up between the fore & aft domes. Ah, and those small paired notches in the brim trench *might* have a pair of ball turrets. Not nearly so punchy as a standard Imp-I or II, but this interdictor isn’t totally defanged.

This ship has 3 twin HTL turrets: kept the aft two turrets in the flank batteries, swapped an HTL turret into the heavy ion in that position, plus relocated one to the axial position at the forward part of the terrace. The arcs aren’t great, but good for harassing pursuers. The 3rd position in the flank batteries are MTL, since that turret had such bad arcs I decided HTL would be a waste. The small notches have quad HTLs like the ISDI.

Clarification appreciated-offhand, the Dominator’s broadside arc isn’t a total loss, ‘specially if it’s trapping frigate-escorted light convoys ala the one in that TIE Fighter fanvid. As for the Mk I Impstar being somewhat overgunned for its bulk, I could halfway see that as (a) planning for cruiser-scale targets and (b) excessive correction for the Venator series’ bias toward carrier ops. Perhaps close-quarters clusterscrews like Ep 3’s Coruscant debacle weighed overmuch on the designers’ minds.

lol gork, your last part cracked me up. Rogue Squadron must bend the laws of physics, it destroys so many ships.

How difficult would it be for you to make an Immobilizer 418 (the Interdictor based off of the Vindicator chassis) or Enforcer-class Picket Cruiser? I’d like to see both those, and you already have the base frame.

Sorry to bombard you with suggestions =)

Based on the VIndicator hull? Trivially easy. The animated series design is a little different though. That one has this nice detail trench down the middle.

Yeah, can’t say I begrudge elite X-wing squads knocking off the odd Lancer or Carrack, but dropping a Victory class with one automated corvette’s surprise aid? Driving off an Impstar Deuce *plus* the ship we see rendered above (granted, they had a rather large Y-wing unit join the fight. Still)? Sucker-punching another Impstar with *most* of a snub squad, several TIE/lns & a CR90? That’s where the character-shield gauges start spiking, and I start treating the Rogue/Wraith series as in-universe pulp fiction: readably fun, but endowed with the technical reliability of WWII flicks starring John Wayne. [/rant concluded]

In other tangents, Rebels’ 418 evidently had a few kinks to work out re: the grav wells’ close-quarters pull on other ships. Might need a few extra safeties on those things.

According to the novel Tarkin which is canon, Immobilizer 418 cruisers were already in use five years after Episode III so the experimental Interdictor seen in Star Wars Rebels has to be a different/newer model, it isn’t an Im418 vessel at all.

Cripes, those second & final shots give one a real sense of Impstar-scale grav-well projectors’ turret-obscuring volume. No wonder subsequent interdictor-variant destroyers scaled those puppies back to Immobilizer-frigate proportions. At least this dragship could theoretically survive a Mon Cal ambush long enough to call in help or switch off the wells & jump out. Unless, of course, it was operating by Rogue Squadron comic rules.