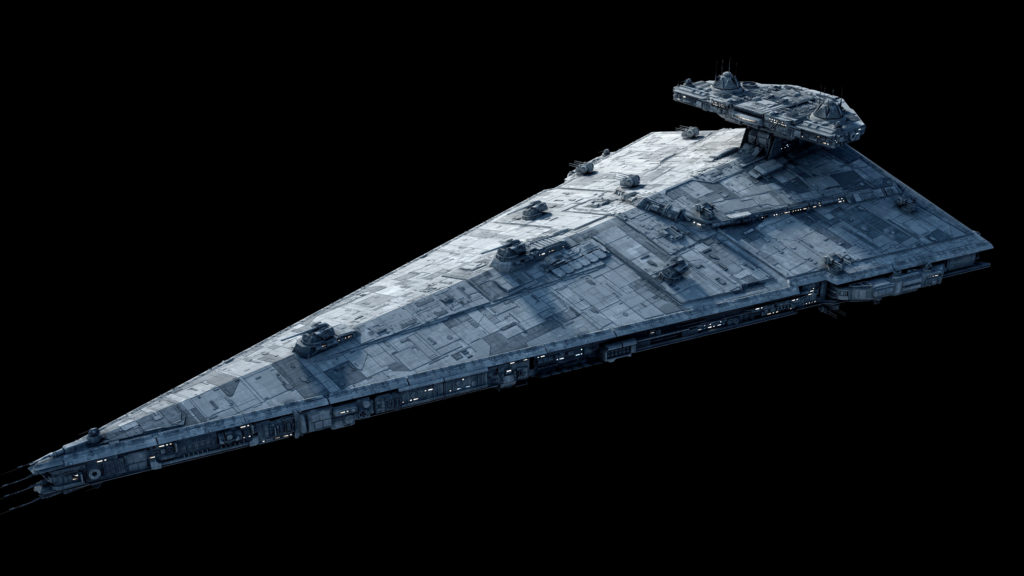 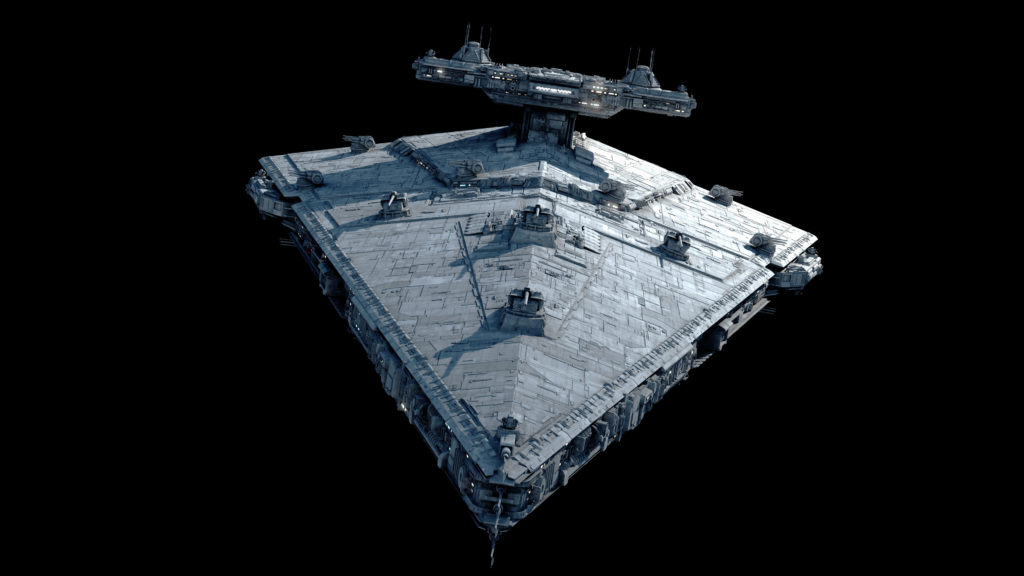 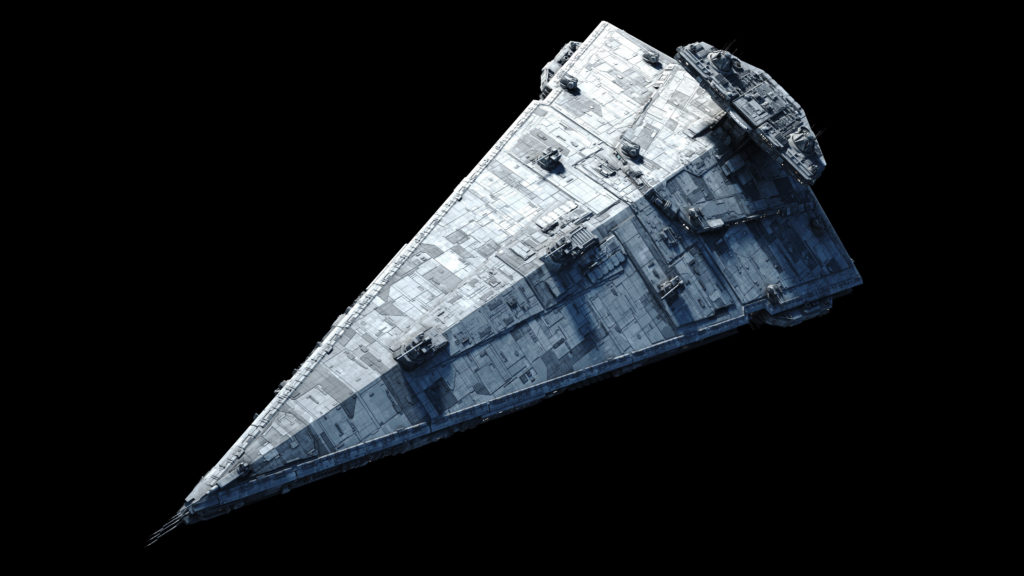 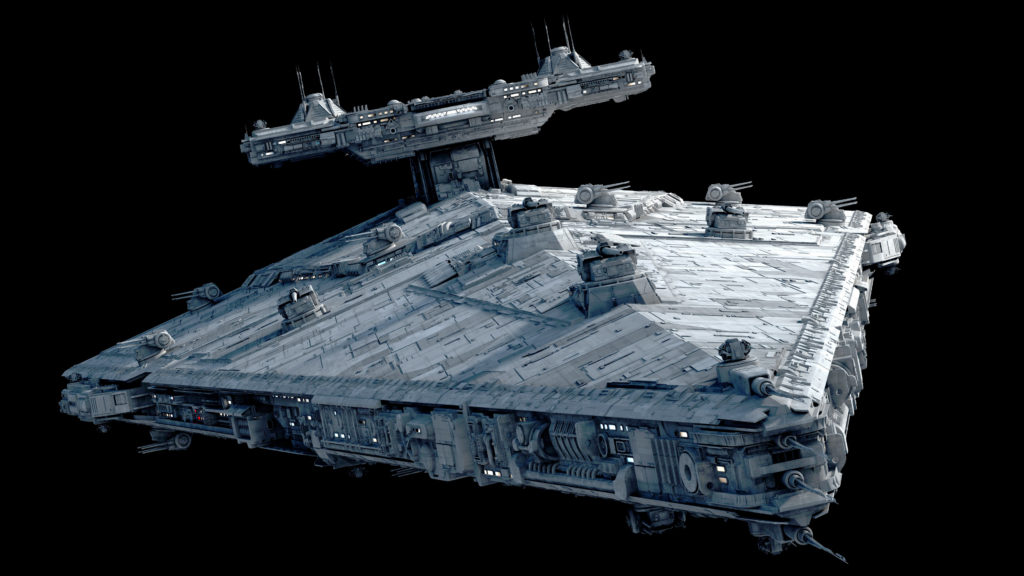 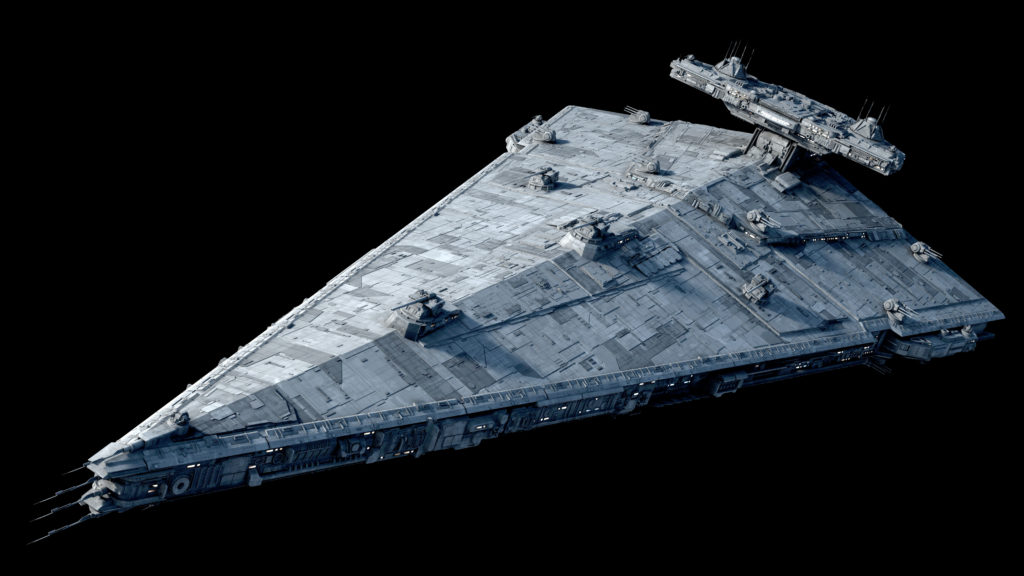 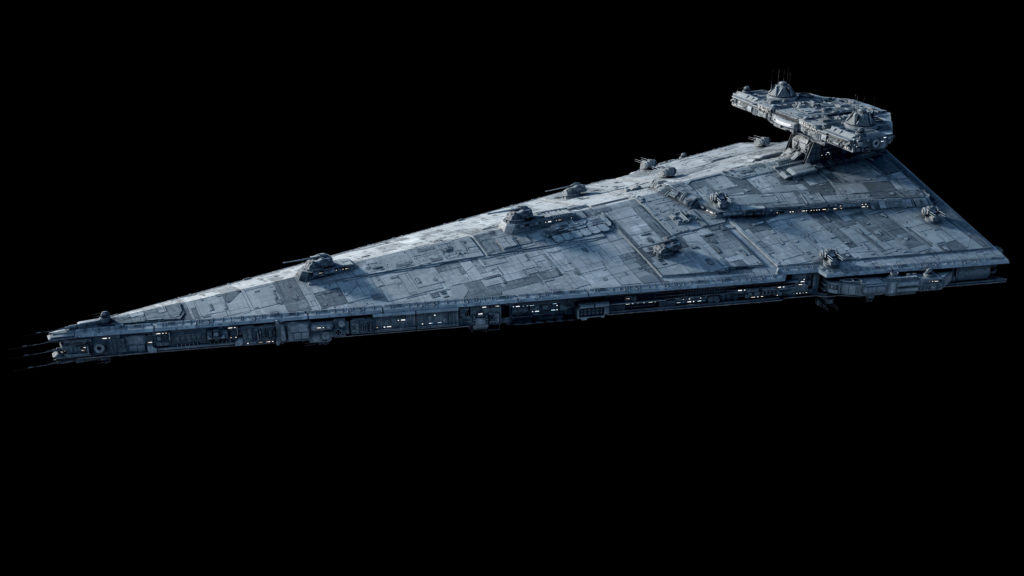 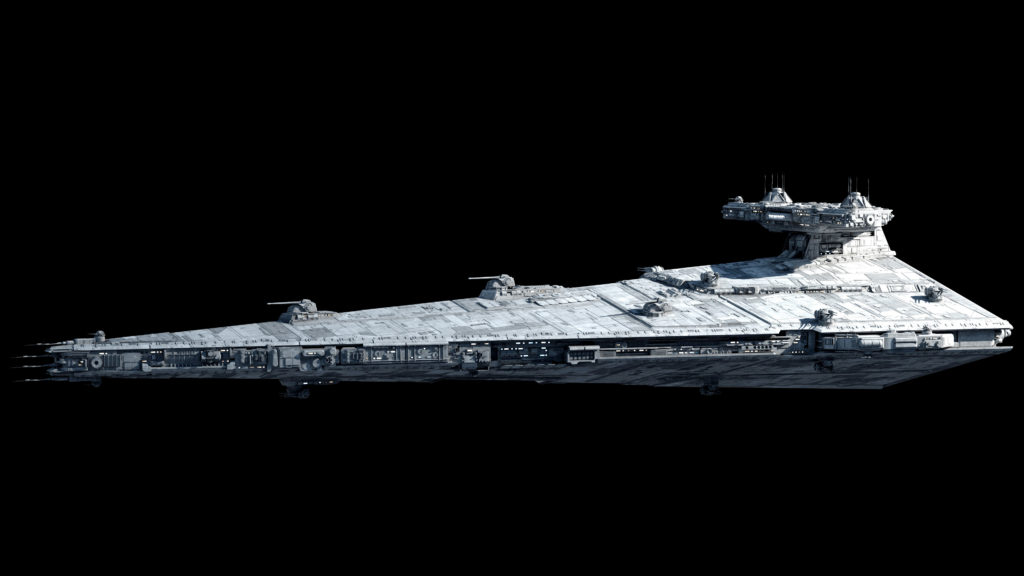 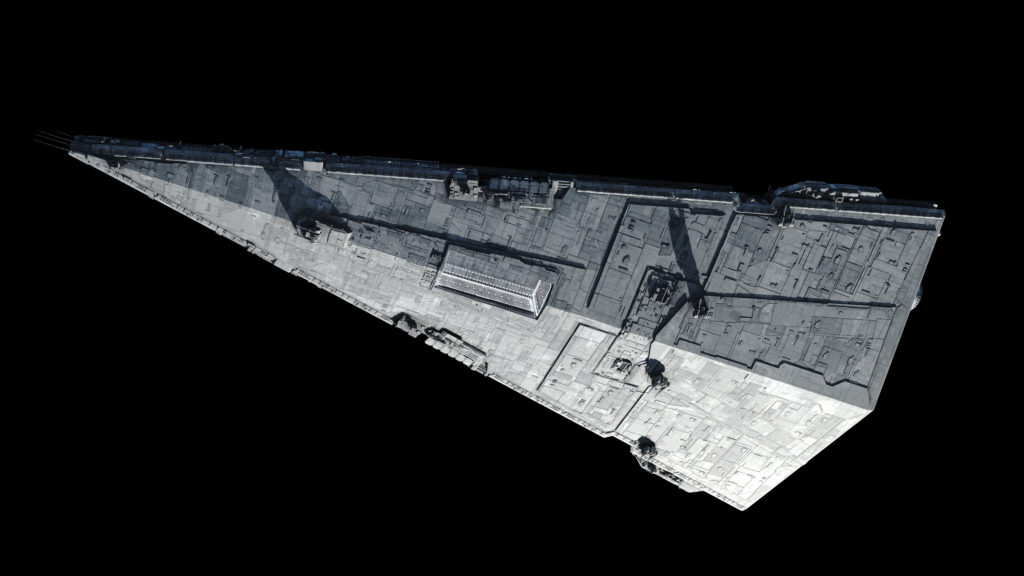 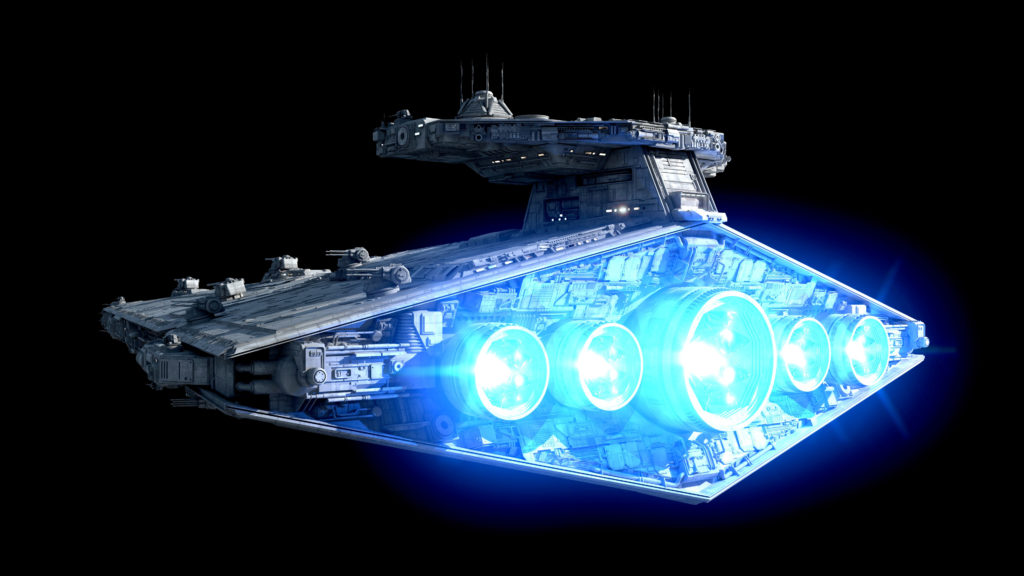 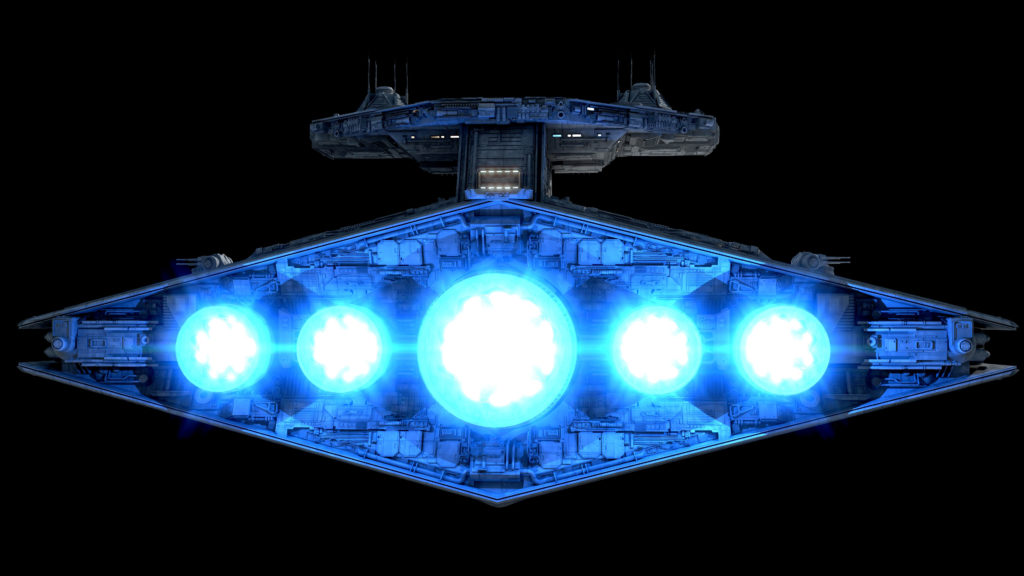 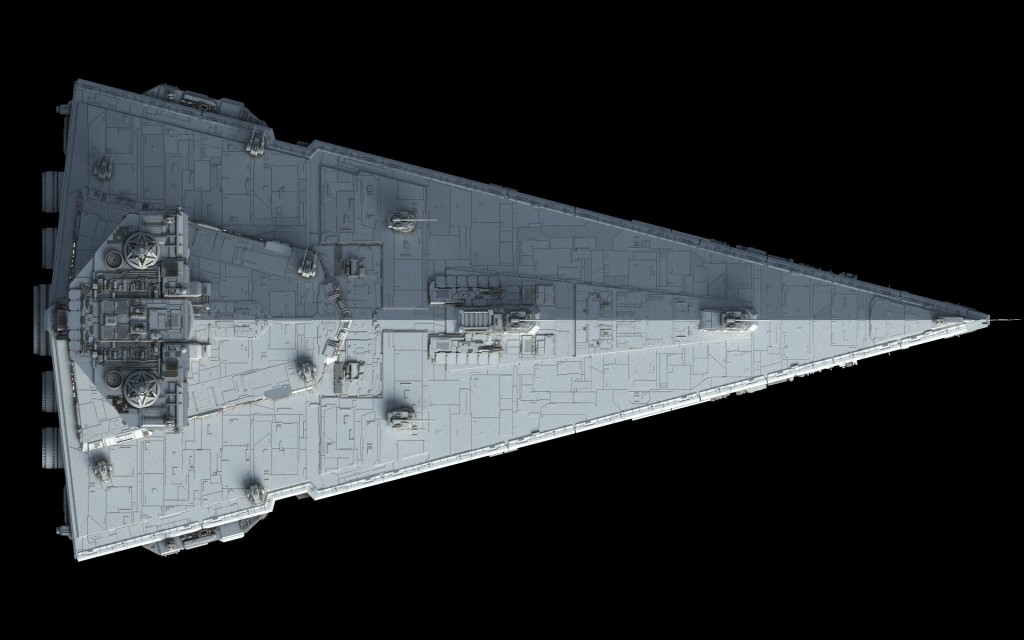 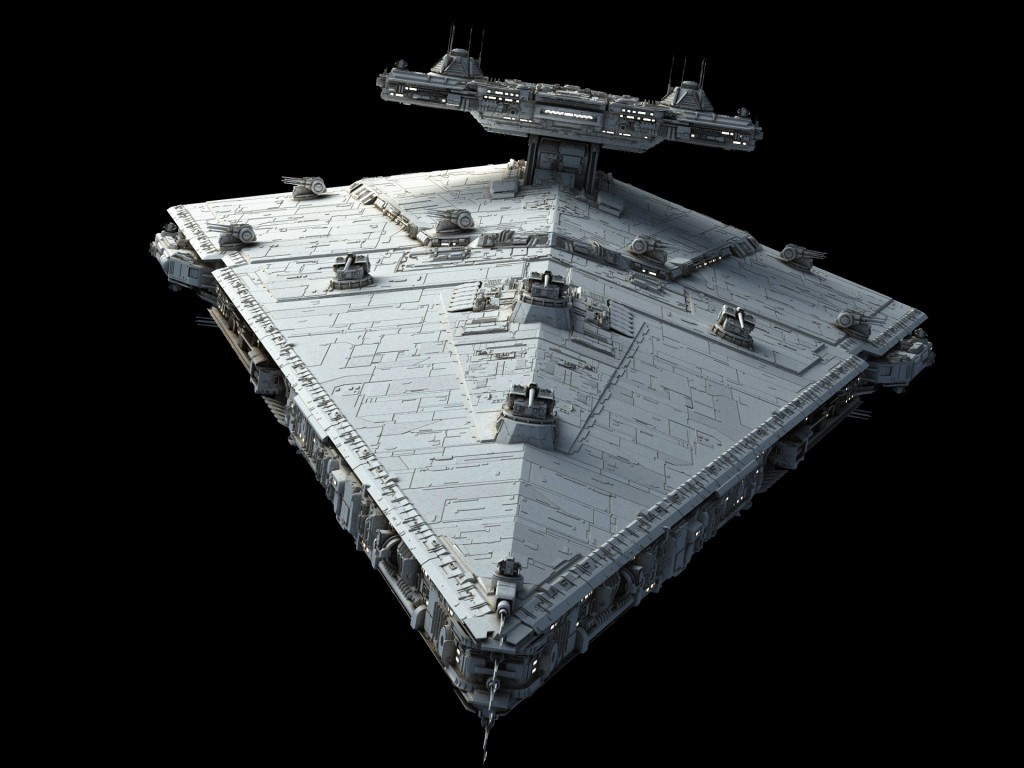 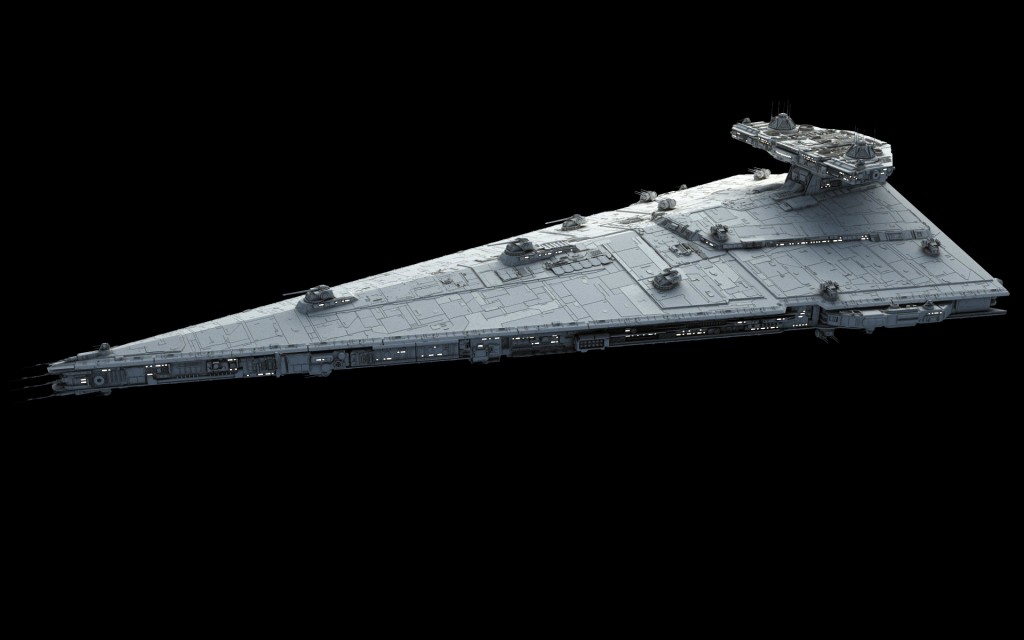 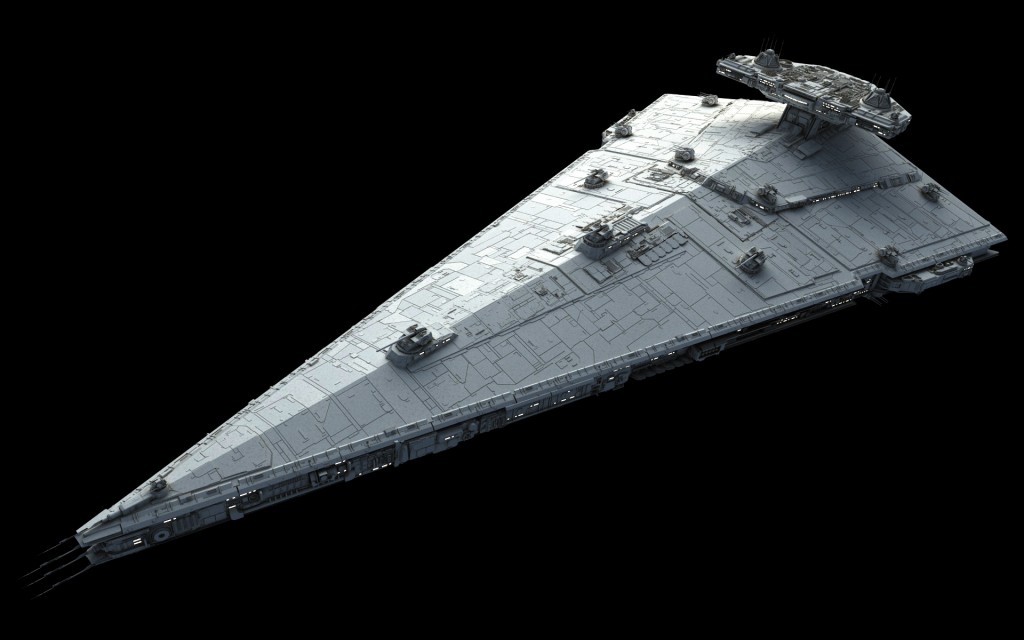 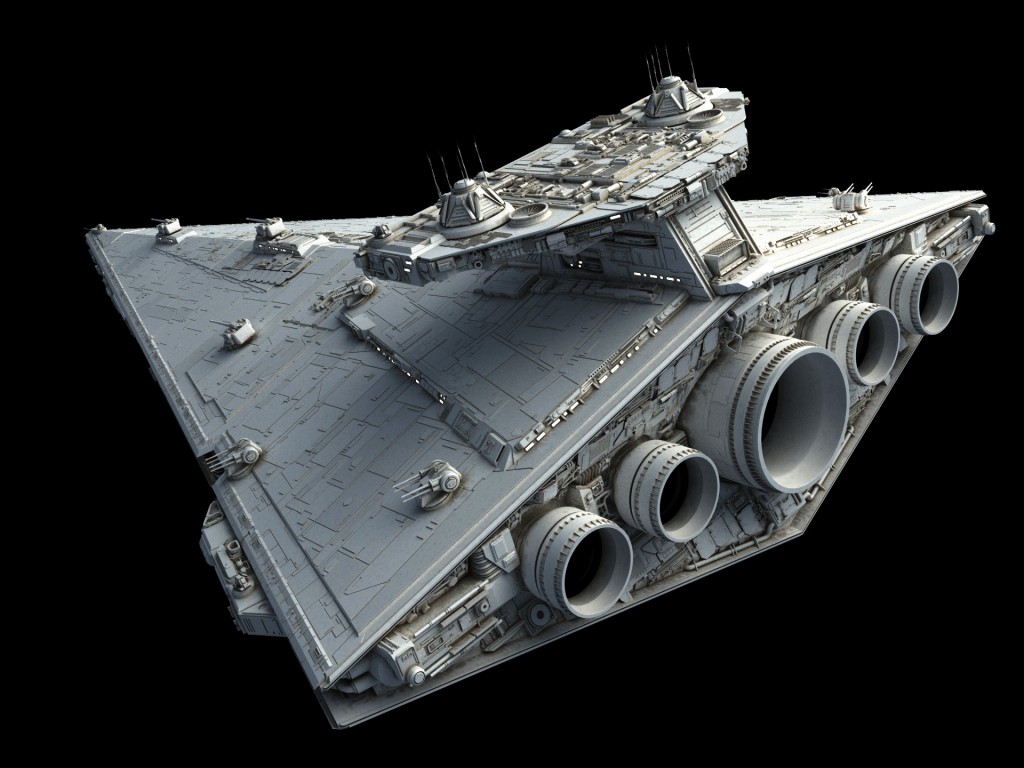 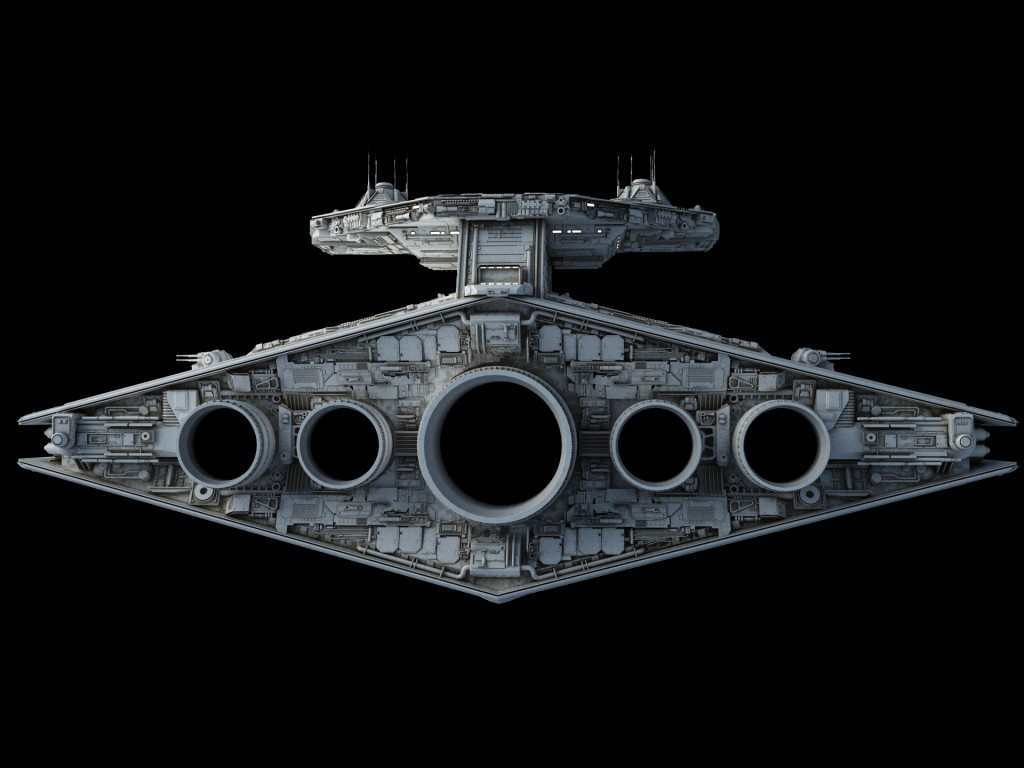 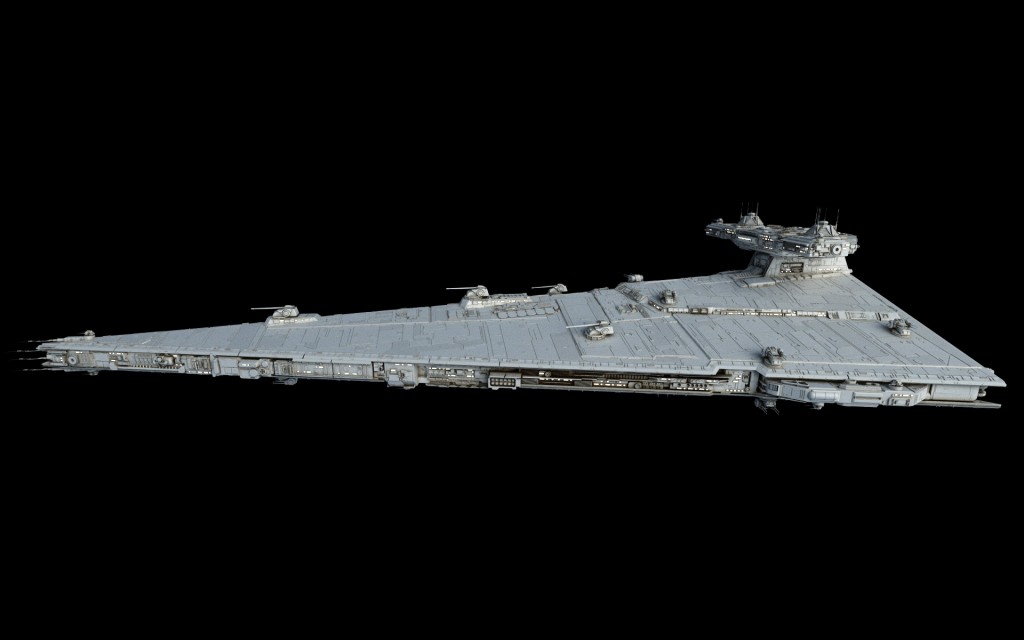 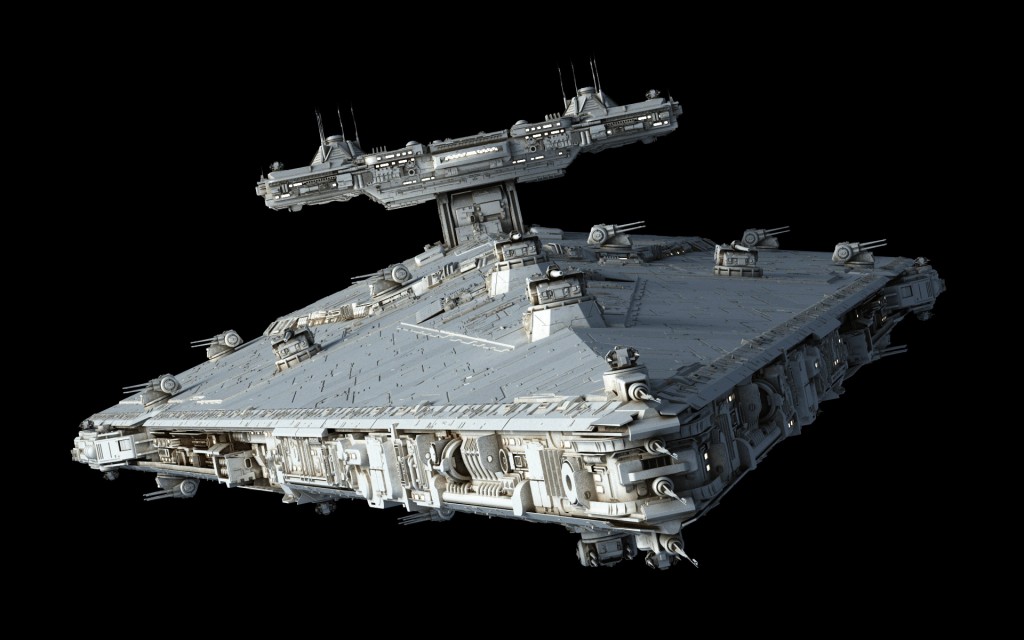 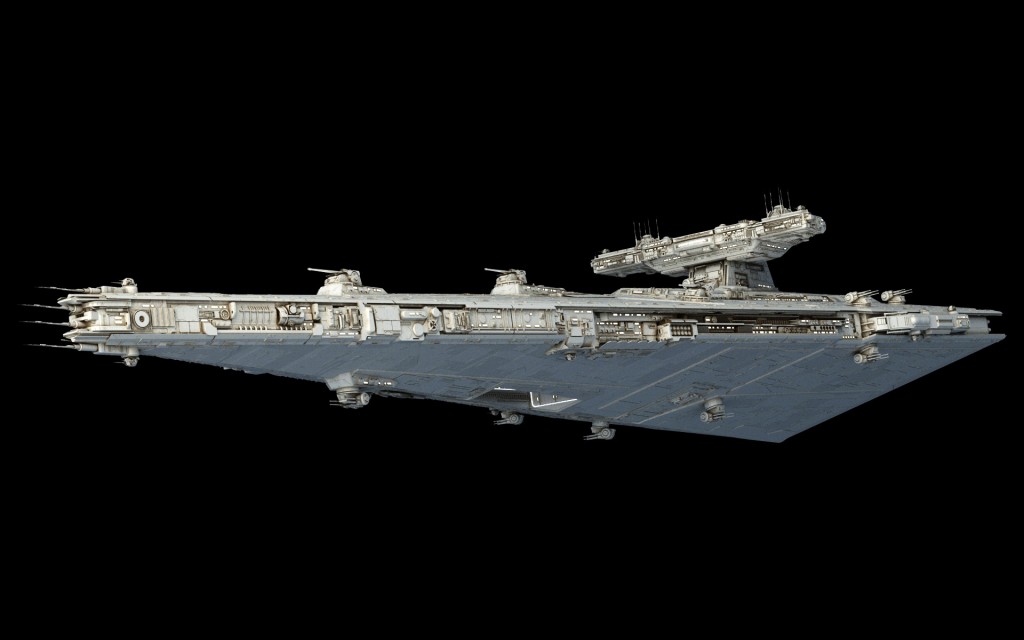 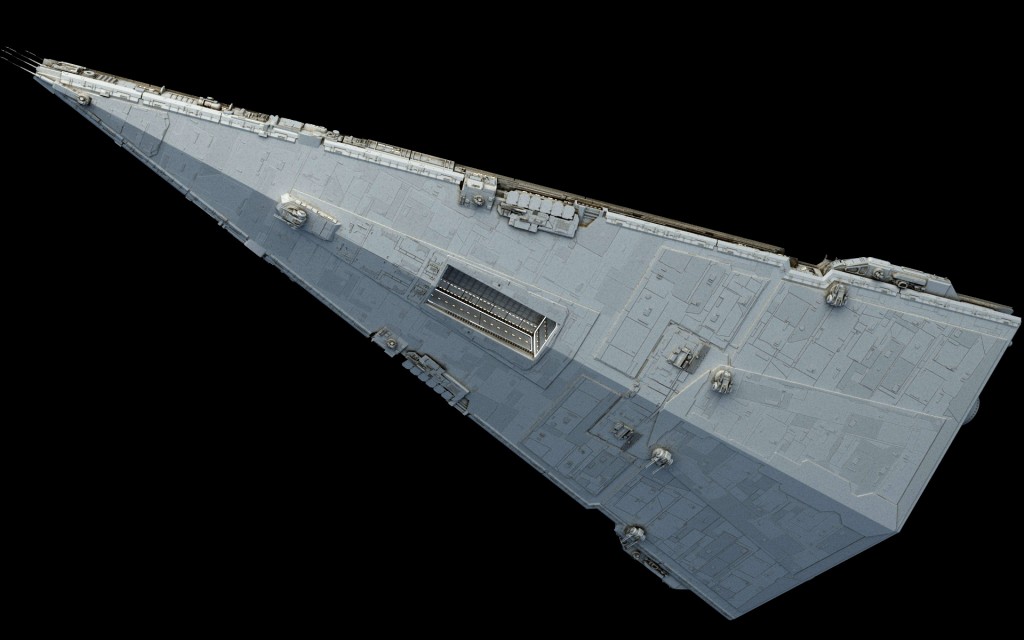 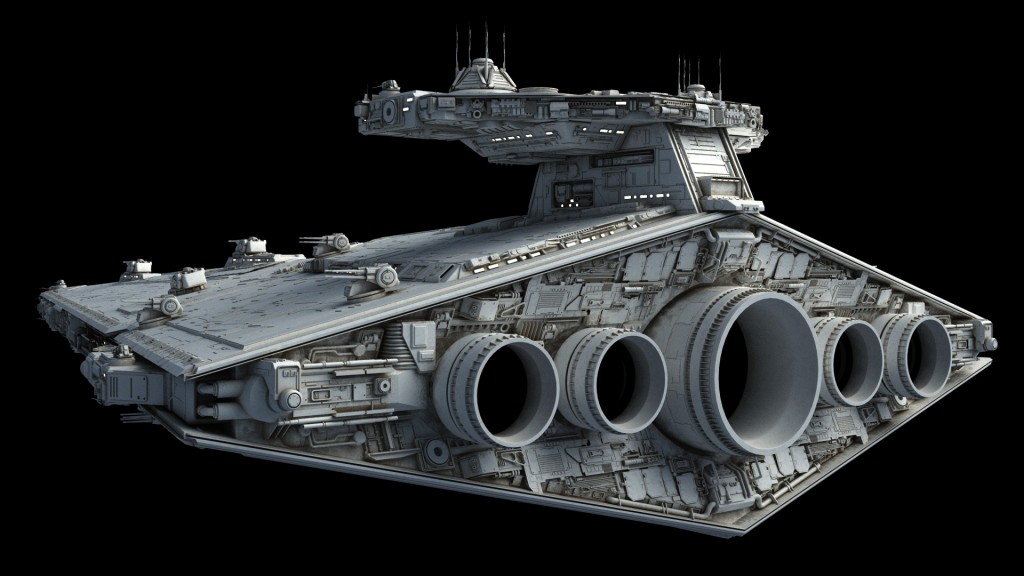 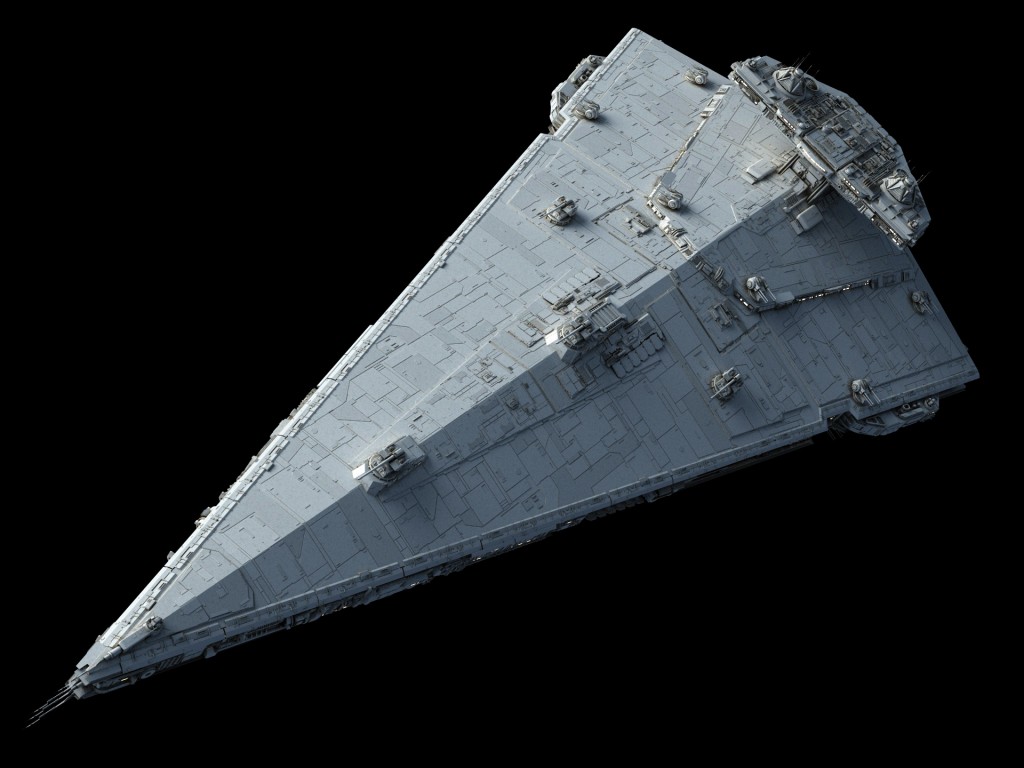 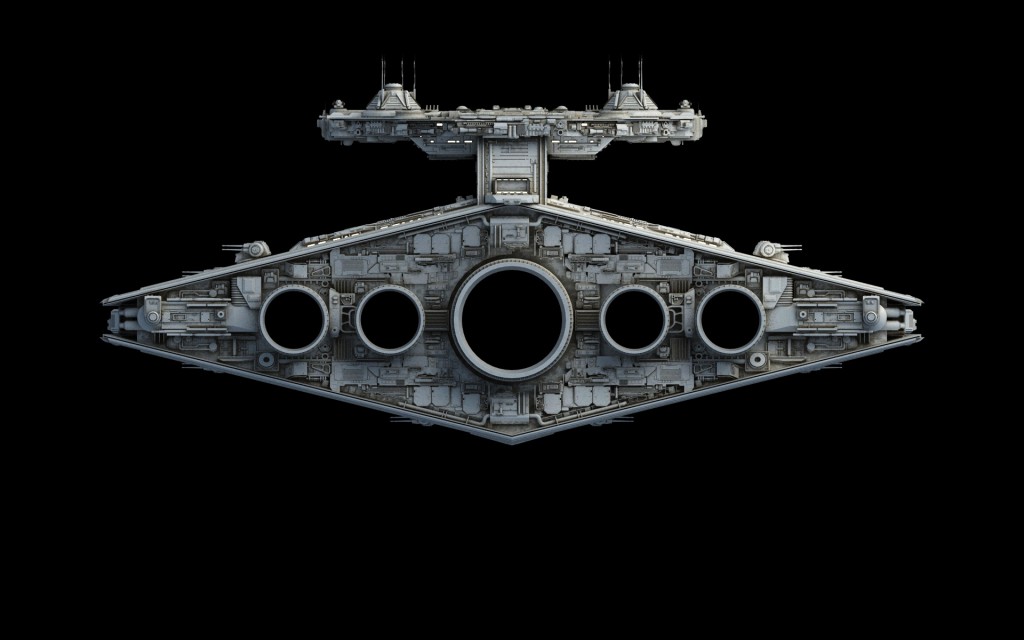 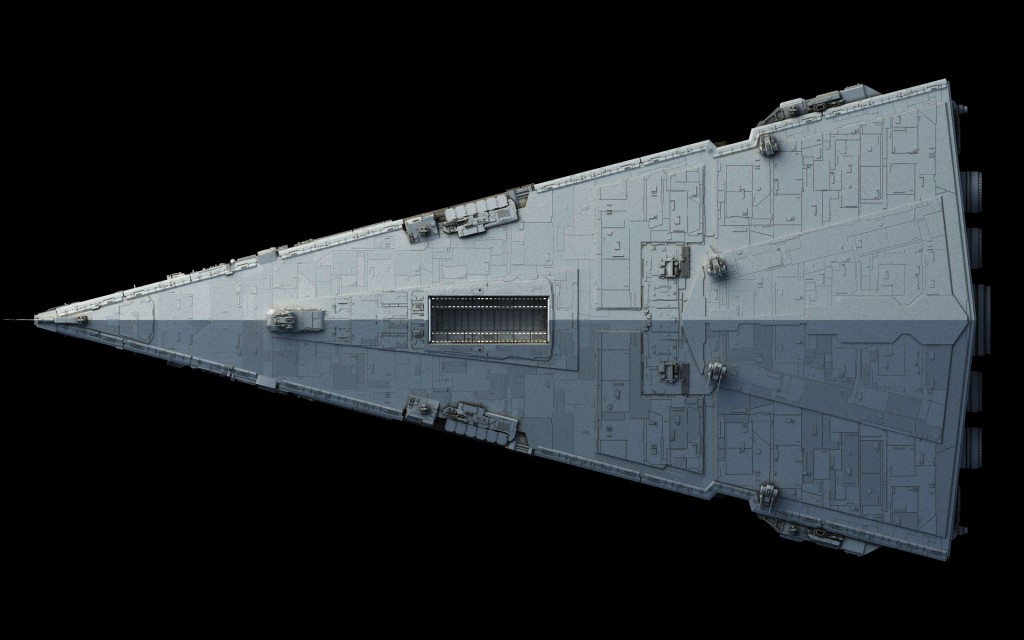 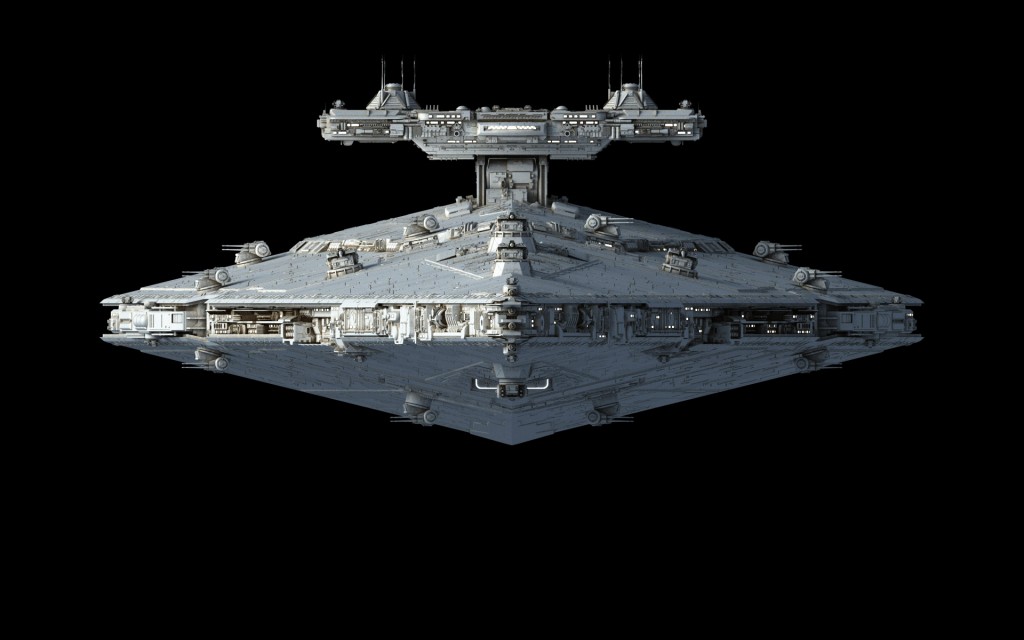 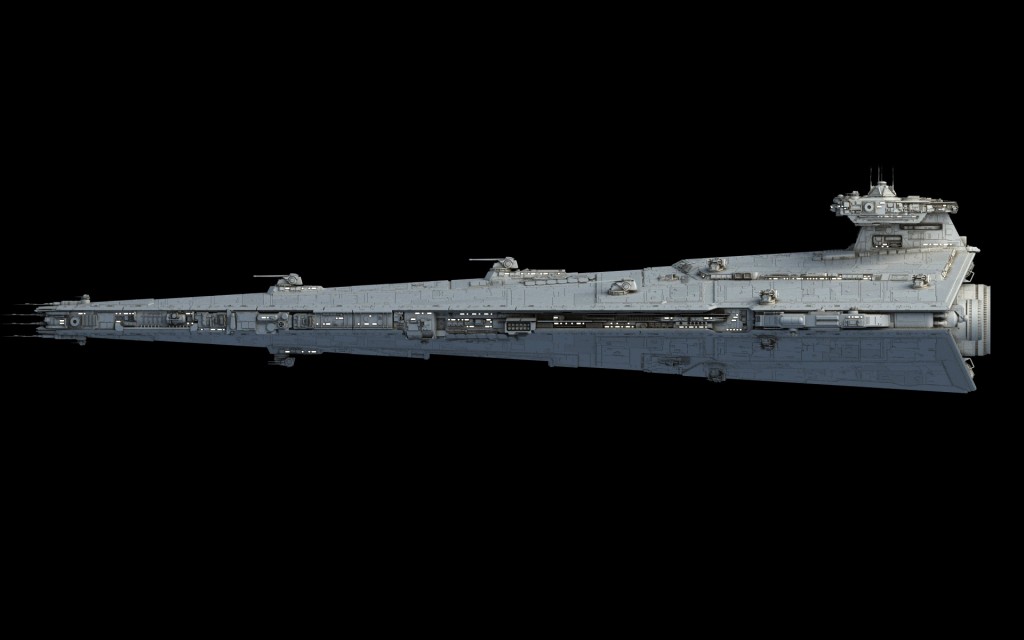 So since this is a utility ship what kind of utilities does it have?

Fractal you said this ship run at 3000g acceleration but what does the ‘g’ stand for anyway?

Gravitational acceleration (9.8 m/s^2). Presumably in Star Wars this would be based on Coruscant gravity, which I believe is a bit higher than Earth gravity. Comparable though.

Propulsion in space is measured through acceleration, since as long as you apply force, you’ll accelerate indefinitely until you start approaching the speed of light. For example, the Millennium Falcon has less acceleration than a Star Destroyer, but is also hundreds of times lighter, giving it enough propulsion force to get far enough to make the jump to lightspeed before the star destroyer gradually overtakes it. Now to answer the question of the Vindicator’s speed, you can’t really measure its speed. To get an idea of how fast it can go, however, we can do this: assuming that Coruscant’s gravity is 10 m/s^2, every second, the frigate’s speed increases by 30,000 meters per second, or 67,108 mph every second

What this ship role that make it different from the Kontos?

It’s bigger and got heavy turbolasers. Otherwise, it fulfills a utility role. Lower acceleration than Kontos, so better suited for sector fleet duties than fleet actions.

right and how many fighters does it hold?

2-6 squadrons in different configurations according to canon

Neat and is it a heavy frigate alongside with the Dreadnaught class star frigate?

Yep, I think heavy frigate, by the presence of HTL if nothing else.

Alright but which one did the heavy frigate role better?

Vindicator is more faster and more flexible, Dreadnaught is slower and tougher.

Right now i understand why the empire replace the Dreadnaught class with the Vindicator class. said it right here in the History part.
http://starwars.wikia.com/wiki/Vindicator-class_heavy_cruiser

And about those HTLs is it the single barrel turrets? And if so how much of it’s firepower in Teratons or possibly Gigatons?

Neat now I wonder what a single barrel 70 teratons HTL look like.
By away which one of these two heavy frigates would you choose for your fleet?

It’s about damned time someone made a detailed model of the mainline Imperial Cruiser! I think the Vindicator is a rather underused design, much like the Ambassador class from Star Trek, and I think she’d be deployed in fleets to escort the larger Star Destroyers that lack effectiveness against smaller, more maneuverable targets.

This is the best representation I’ve seen of her on the net.

What program do you use to make these? And will you be doing any other Empire at war forces of corruption ships?

I wouldn’t mind know what program you do these ships in, please Fractalsponge.. Thanks and awesome work as always.

I wouldn’t mind seeing this in place of the acclamator in EAW. The reason being is I would rather see the Acclamator as a Republic ship which is normal the clone wars based mods.

Wow! So, I’m curious — what are those four spikes on the prow of the ship? They look large enough to almost be heavy turbolasers, but I can’t figure out what they are.

Those strike me as some form of comm and/or EW antennae.

Pretty much – they looked like antennae in some of the references, and fixed-axis turbolasers would be pretty odd in a ship like this.

Yeah, those seem like a thing you’d mount on super-heavy gunboats (say, half again a YT-1300’s mass) or *very* light corvettes-any bigger, and aiming the whole ship gets awkward.

I get the impression our gracious host has a slightly different reckoning of space-naval scale than the official EU (well, Legends now) sources. Honestly, I think Fractal has a point about slapping the ‘frigate’ or ‘cruiser’ label on ships only 2-3 times the size of a CR90 corvette.

So this is what an Interdictor looks like when you swap out the grav-well domes for visible guns. Don’t suppose those are missile launchers on the lower trench edges flanking that hangar?

Also, the Vindicator is a heavy cruiser class not a frigate.

forget the Disney shit, ´who kicked the good designer out and set idiots, otherwise it can not be explained why the vehicles and ships in rebels look like shit

The later models of the Interdictor are actually postulated to be a different class of ships (see Fractal’s Dominator-Class). Interdiction missiles aren’t going to have the staying power of a full-up gravity well projector (assuming their tech can be explained in the first place), and the Interdictor was designed to provide stand-off support to the main combat ships, not be mixing it up in close where it could get hurt. This is actually portrayed pretty well in the Thrawn Trilogy, where Interdictors are either heavily escorted or they turn and run if threatened by hostile capital ships.

“The Immobilizer 418 cruiser was designed using the same basic hull as the Vindicator. In addition to manufacturing new Immobilizer 418s, the Empire converted a number of Vindicators into Interdictor cruisers.” – Wikia