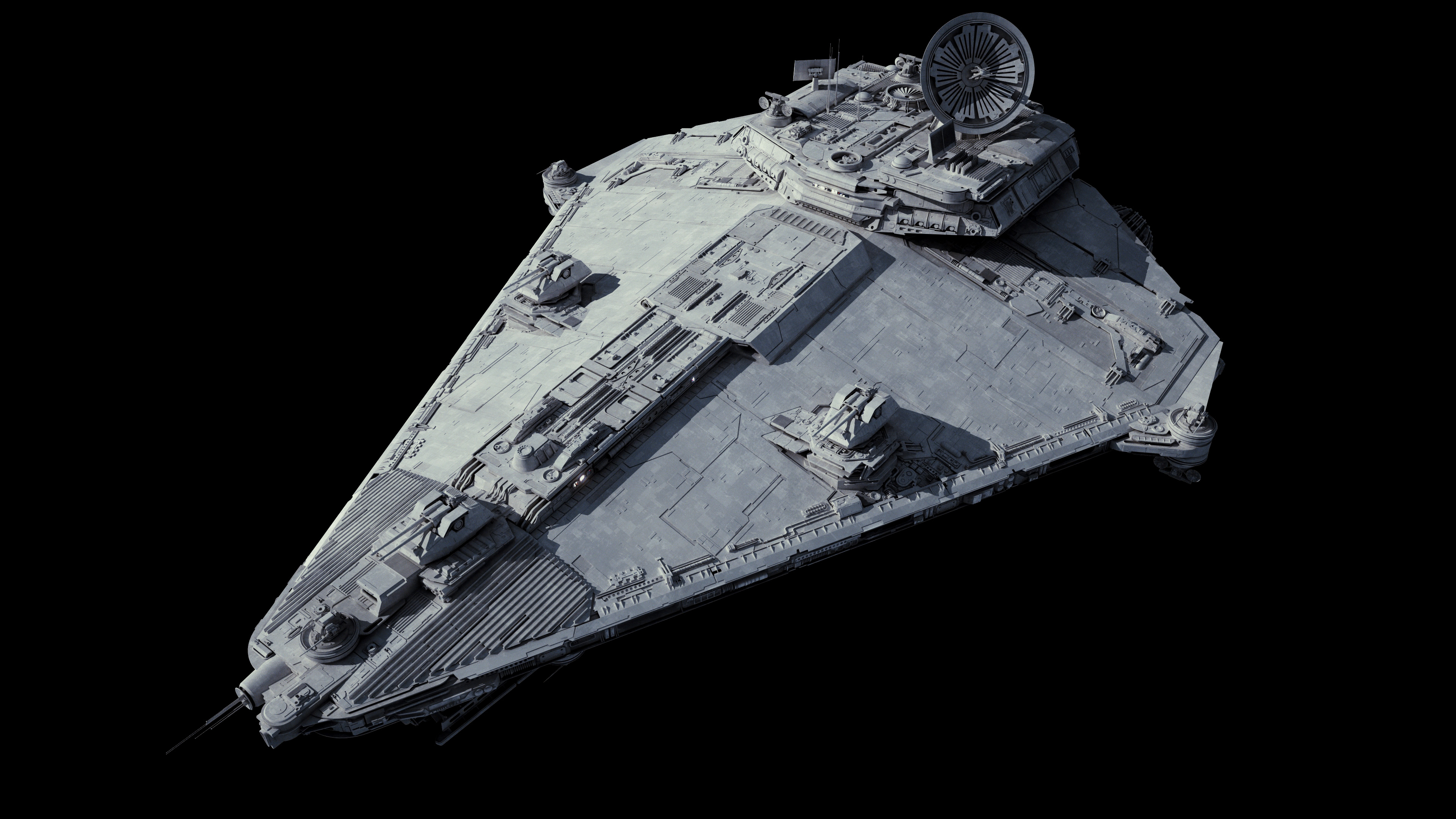 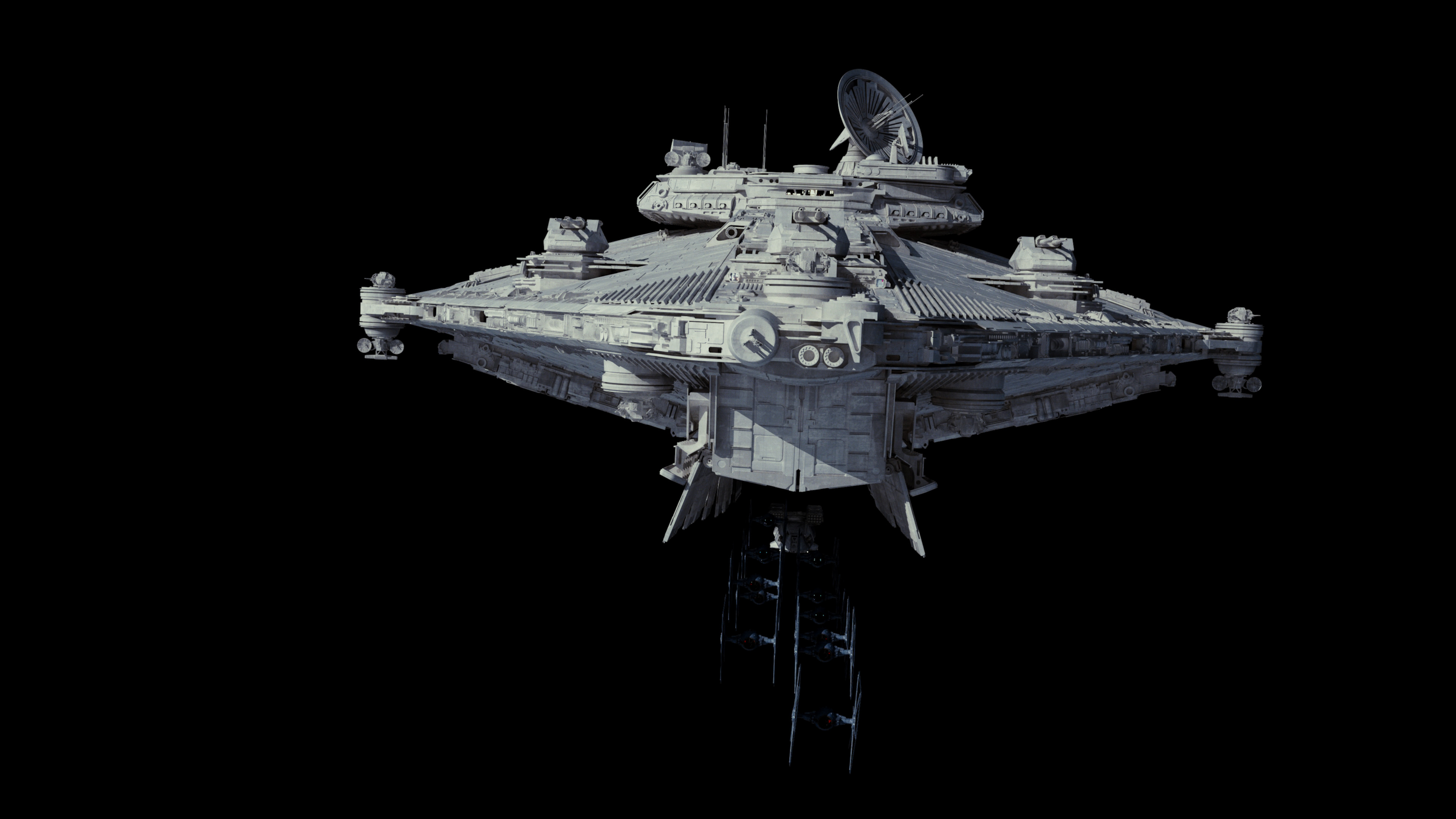 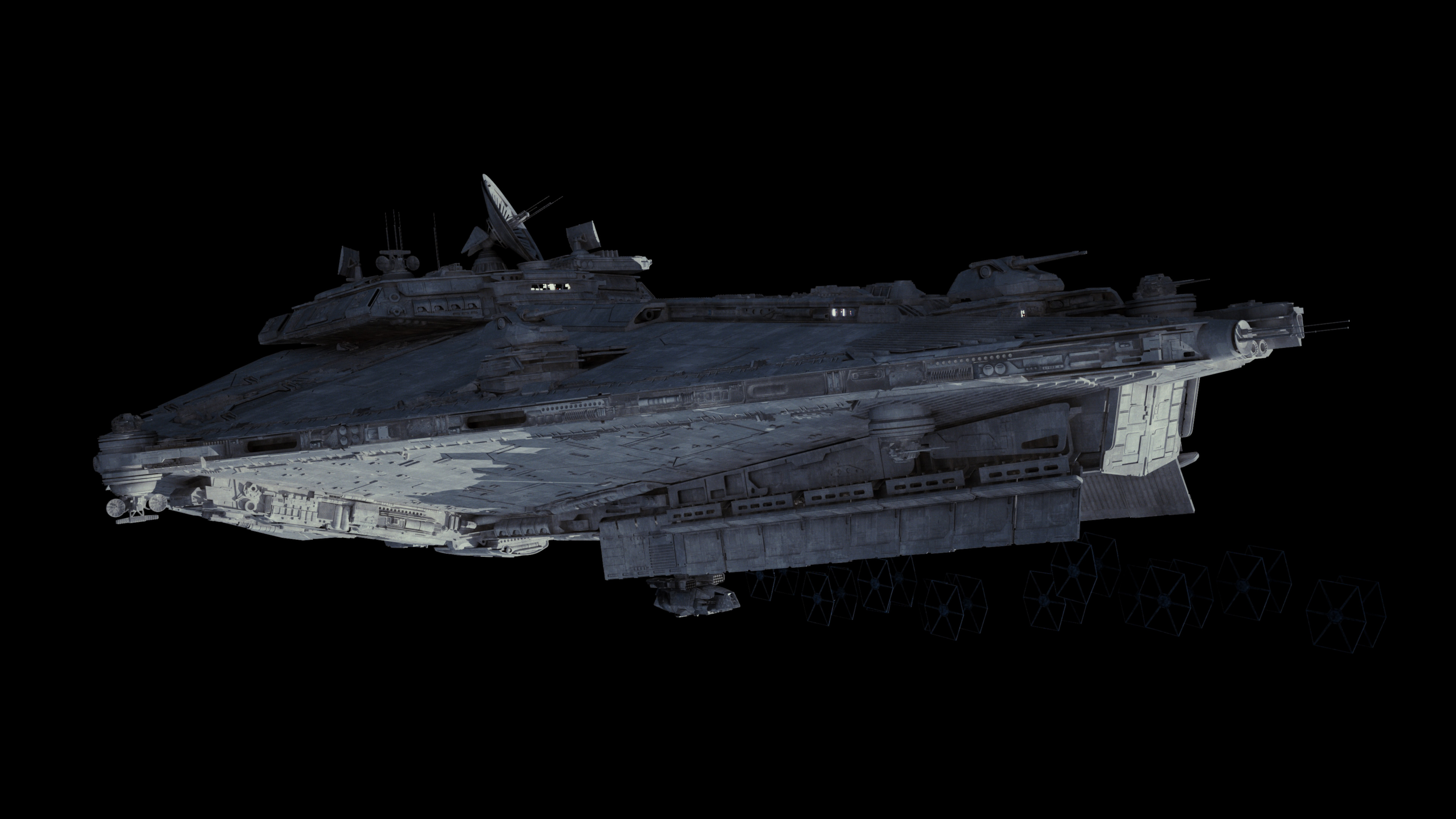 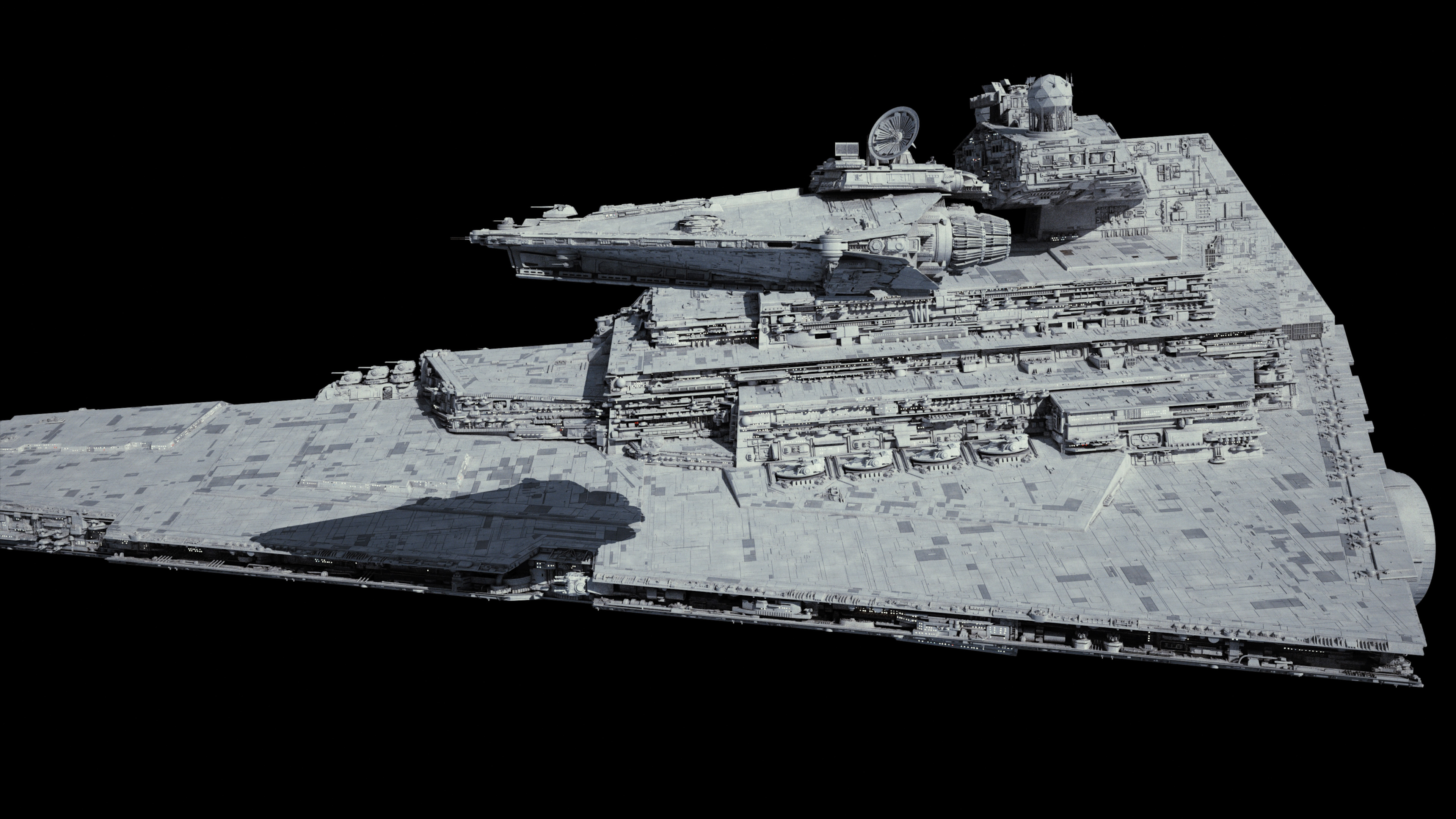 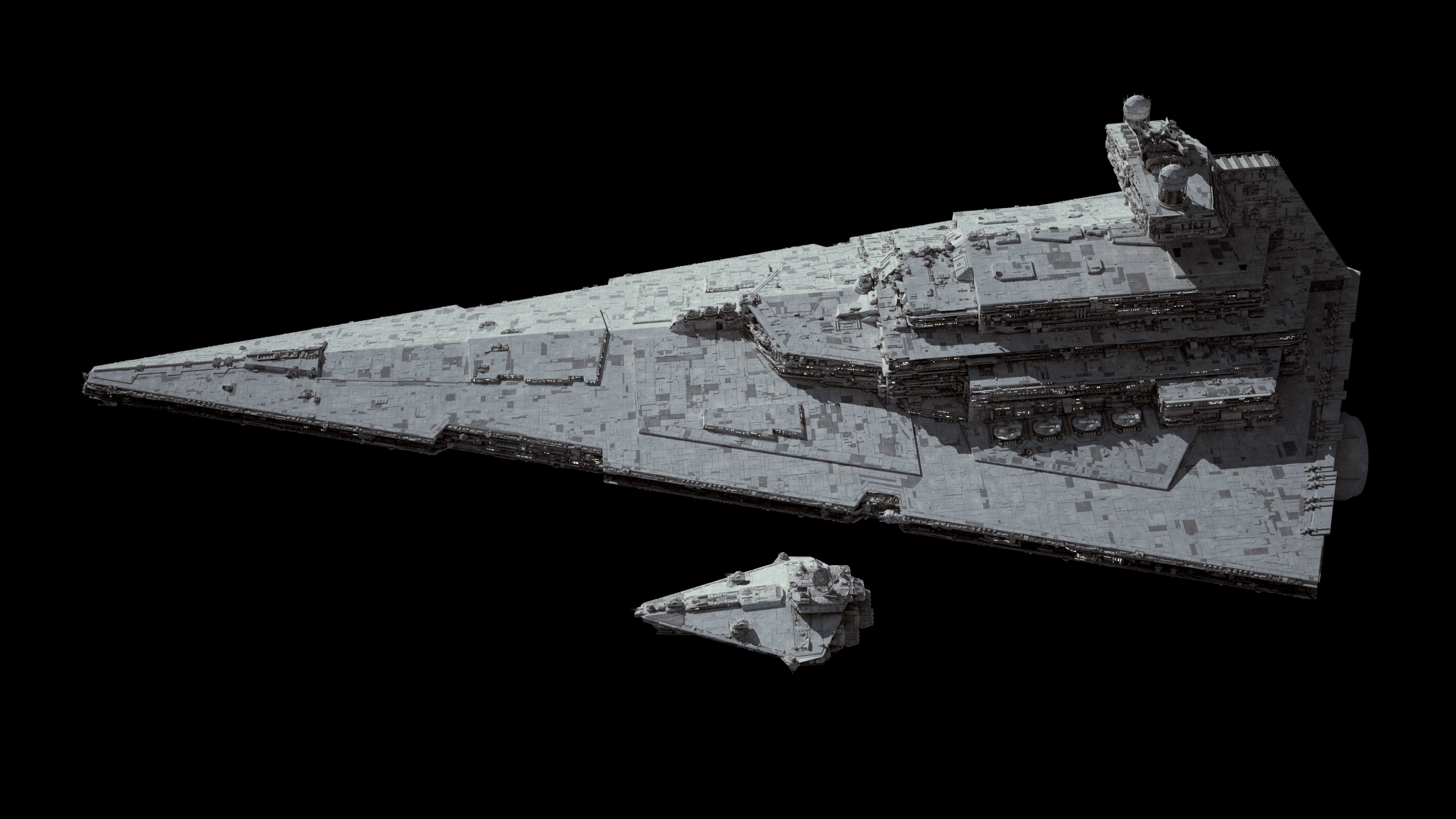 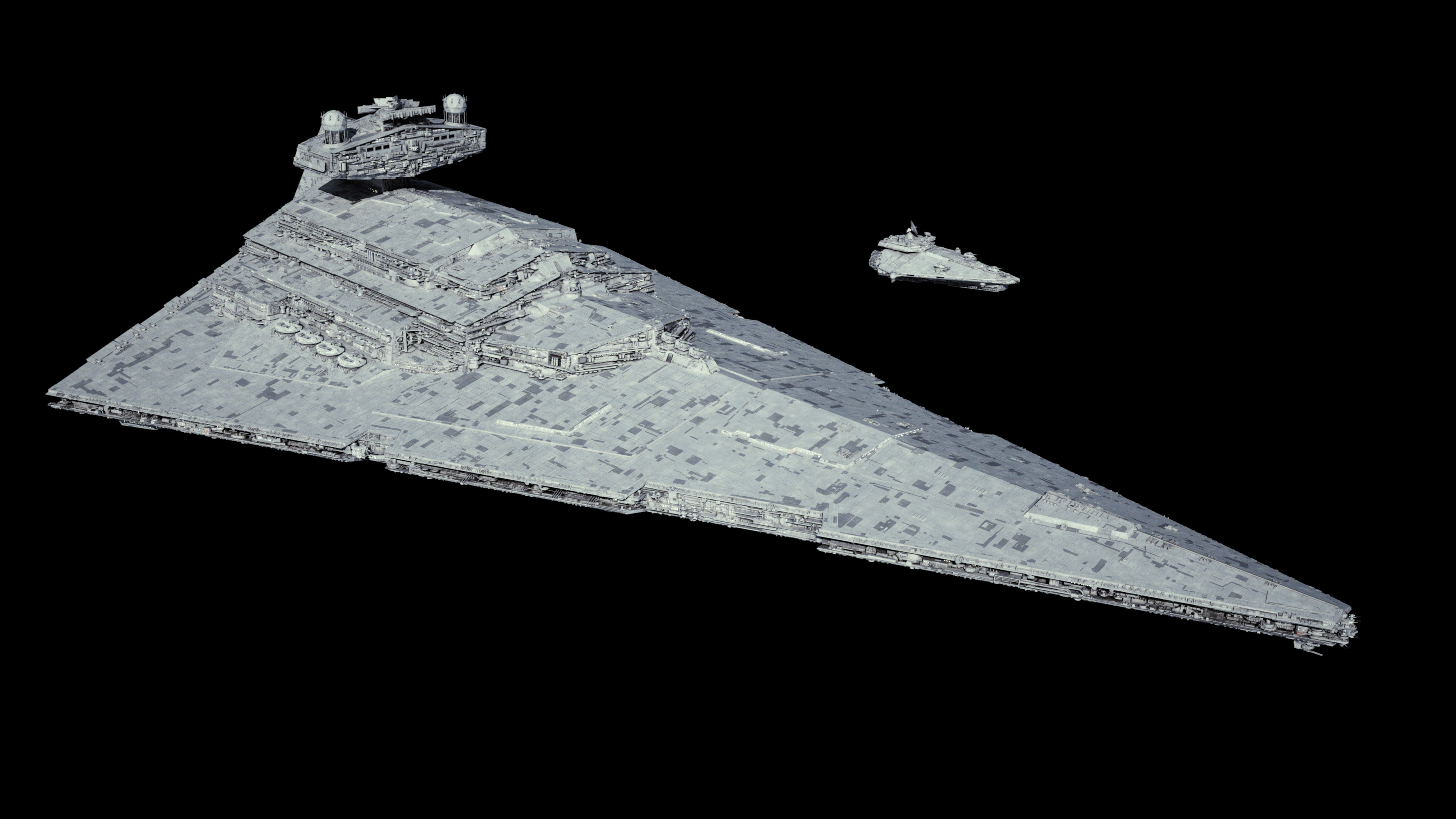 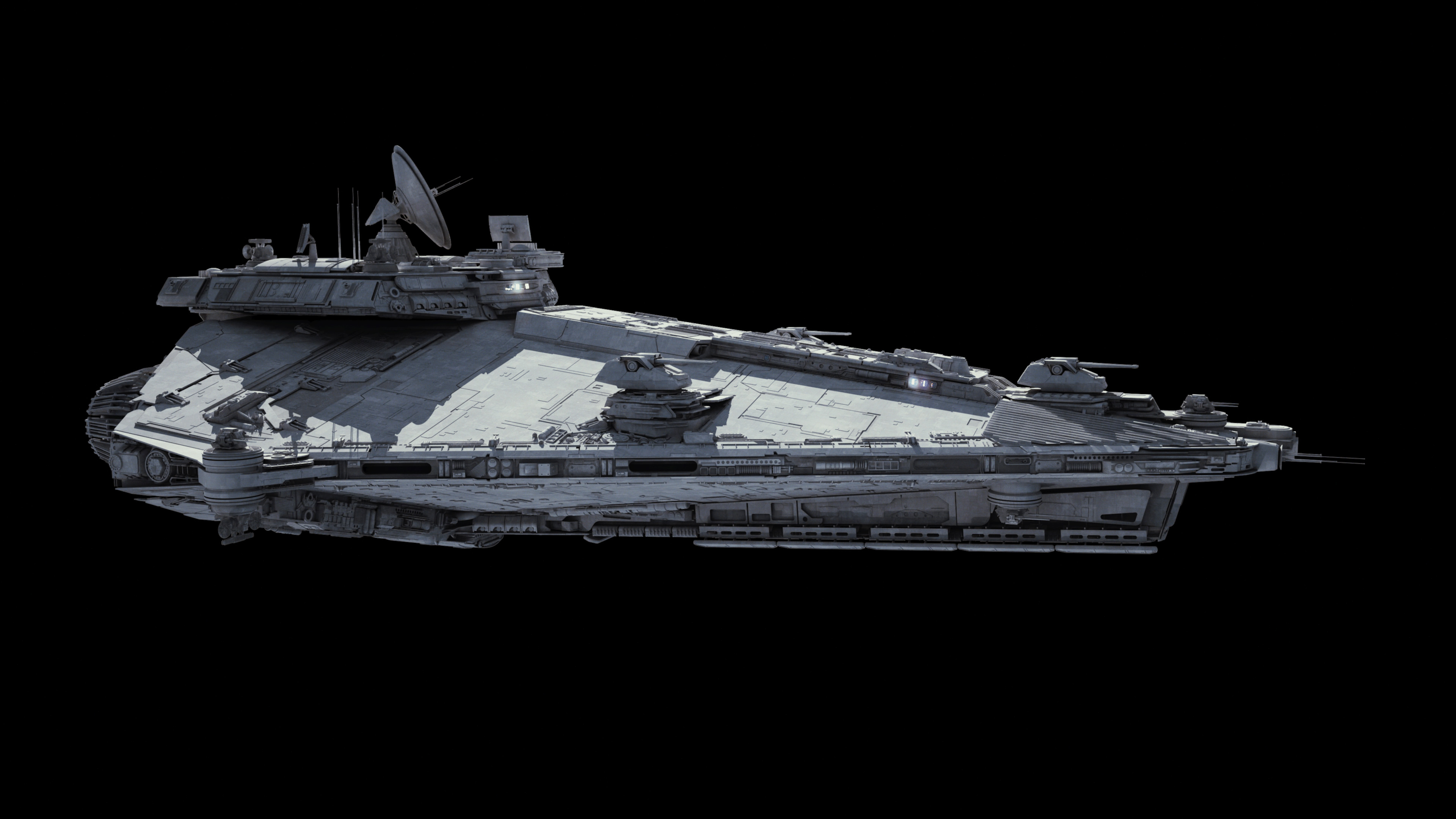 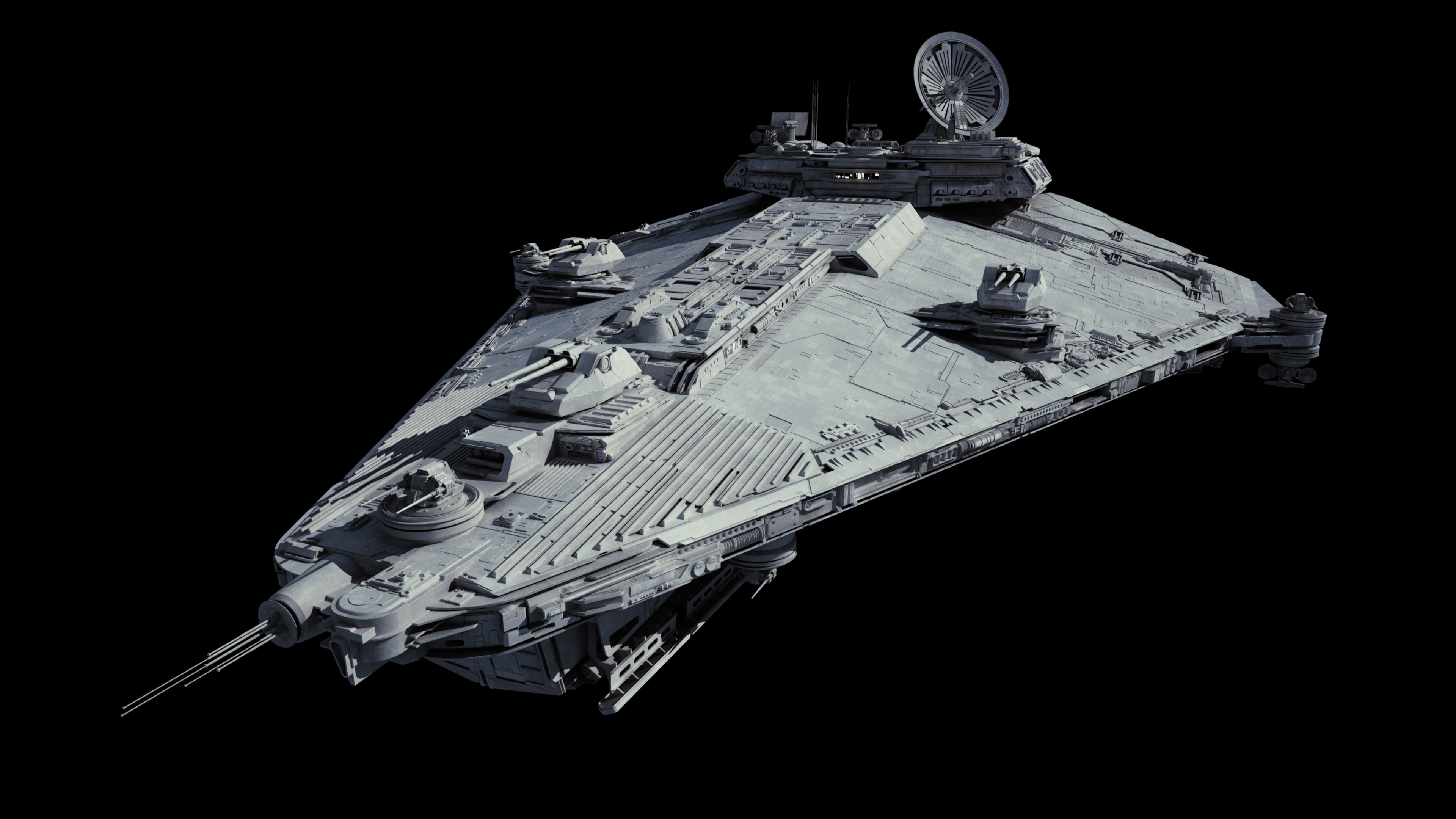 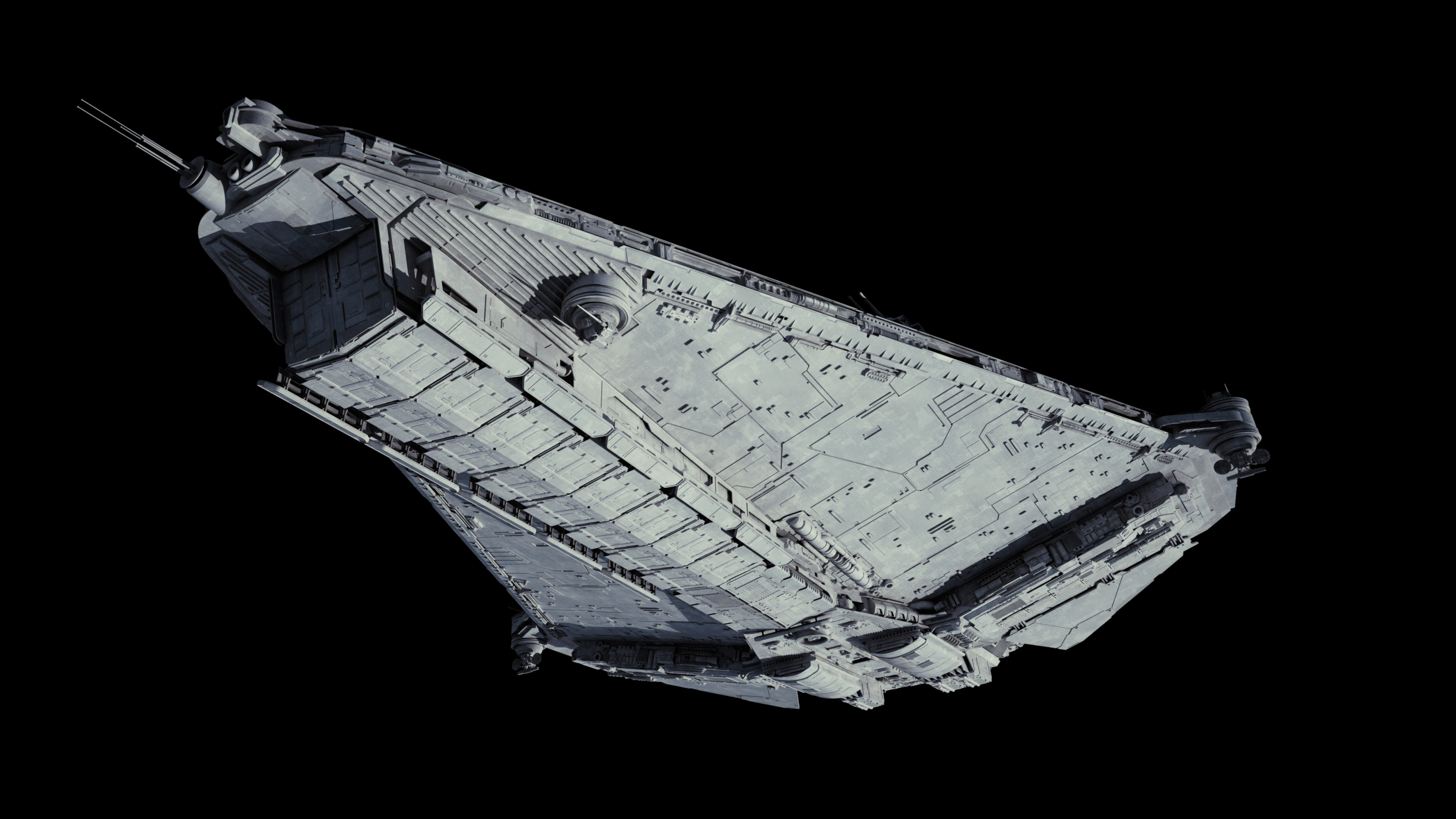 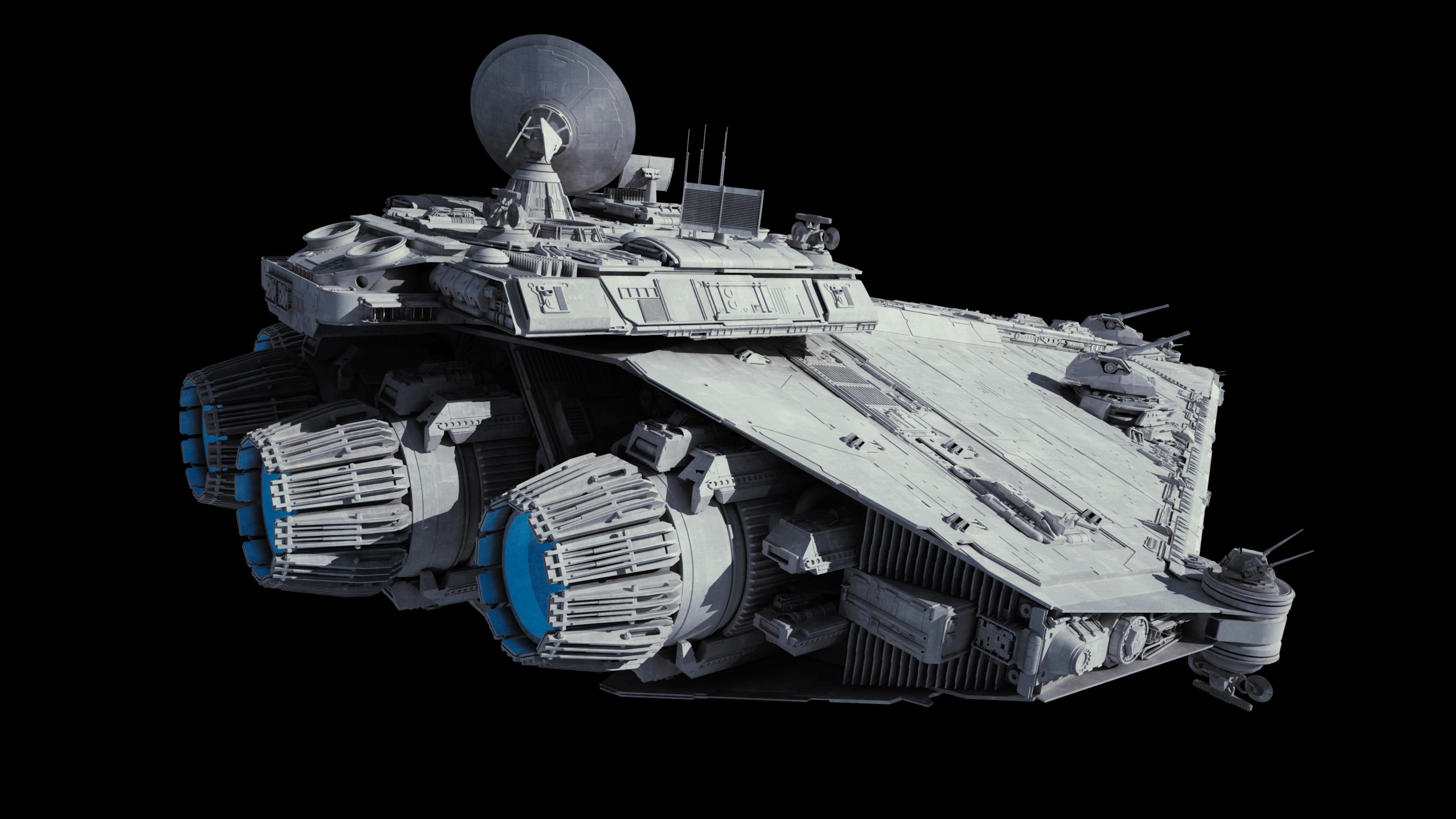 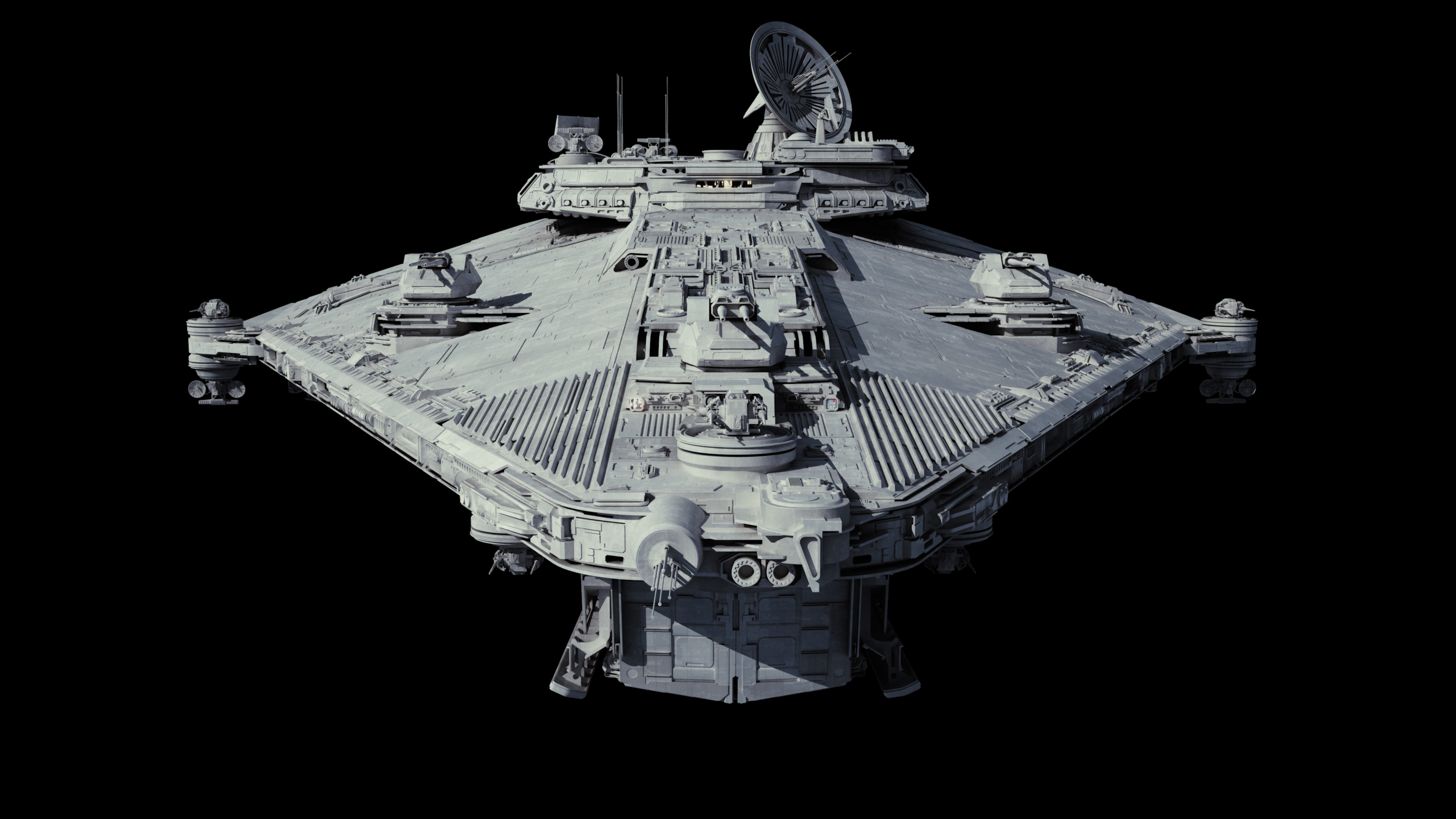 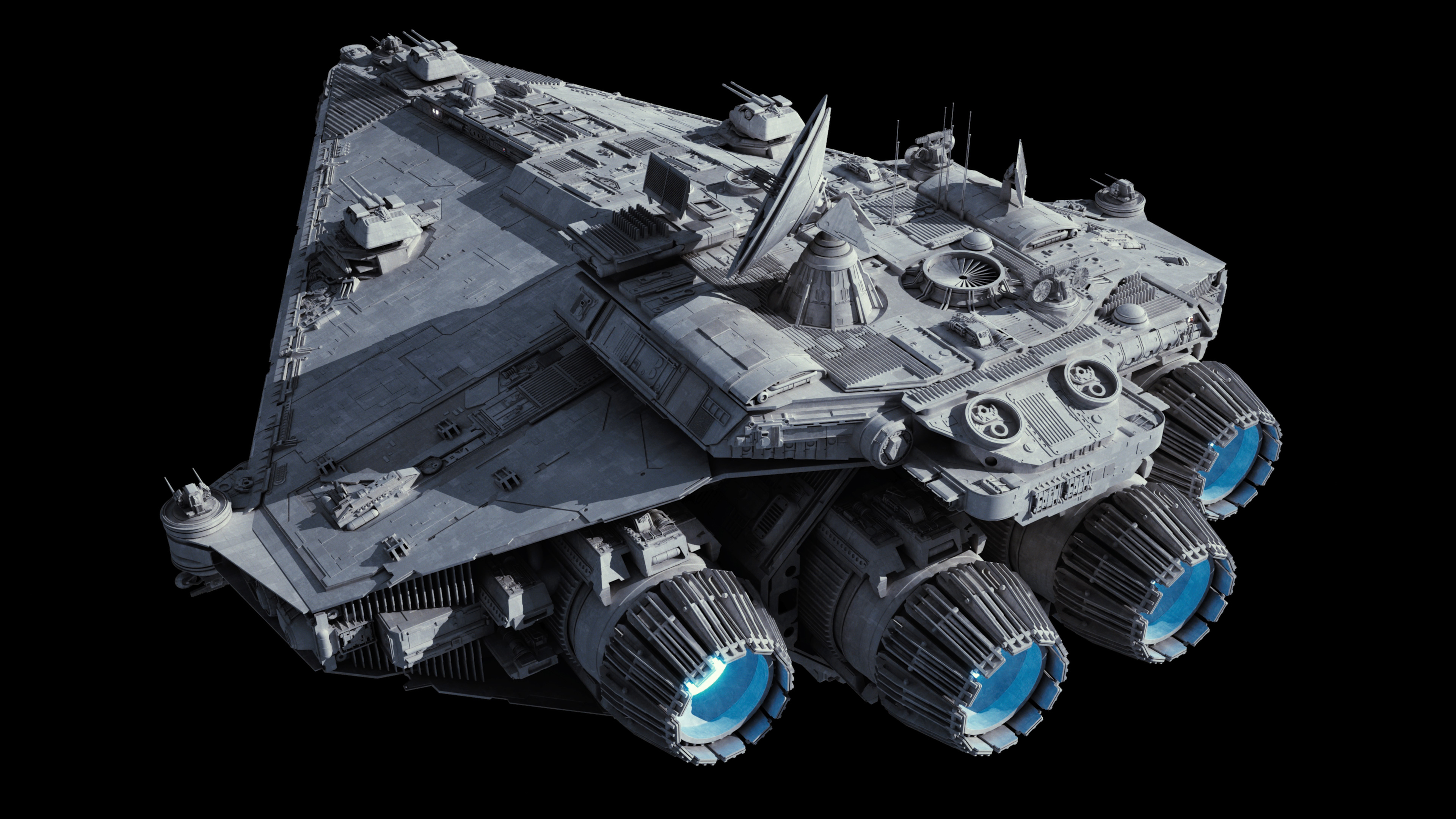 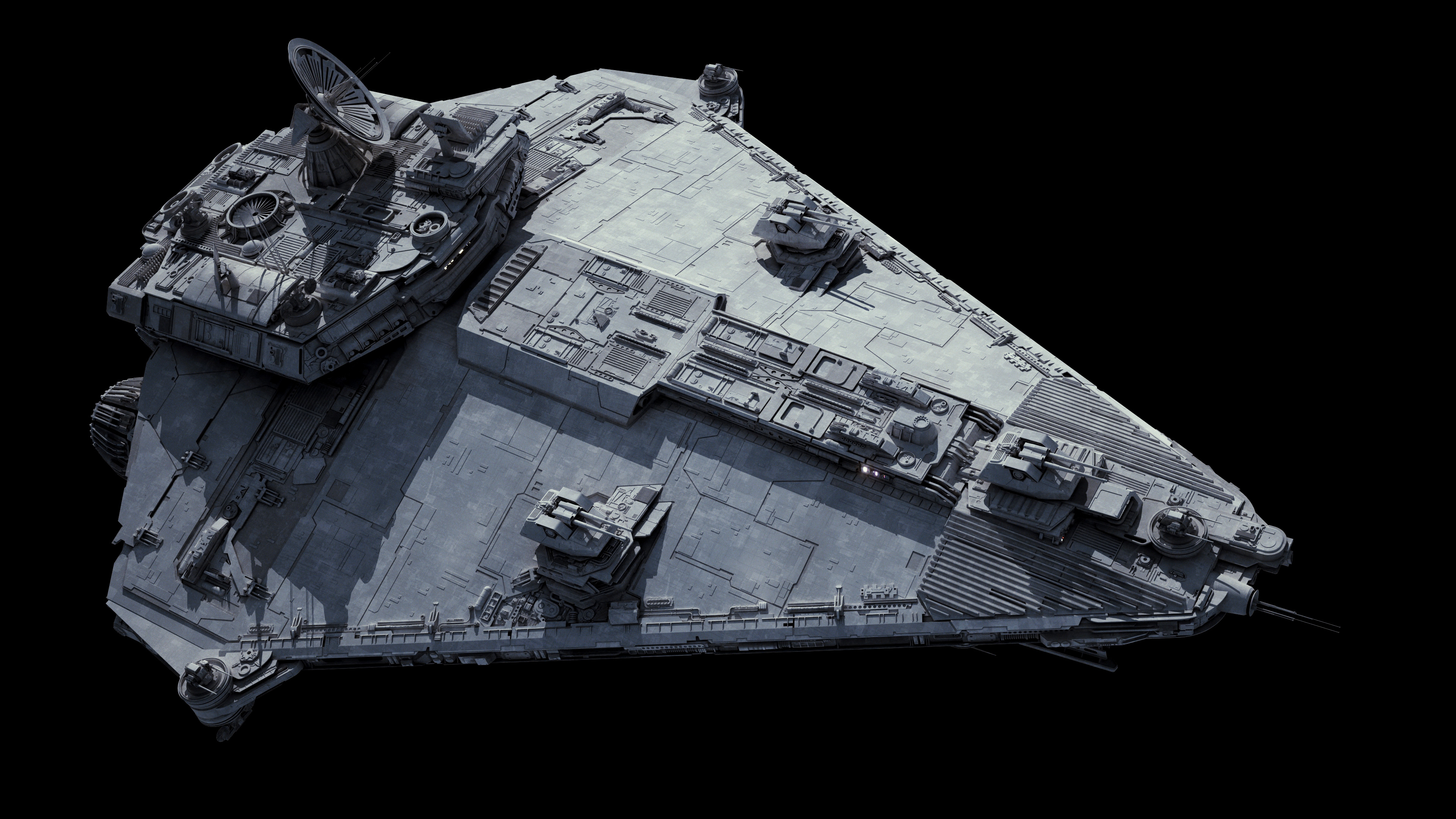 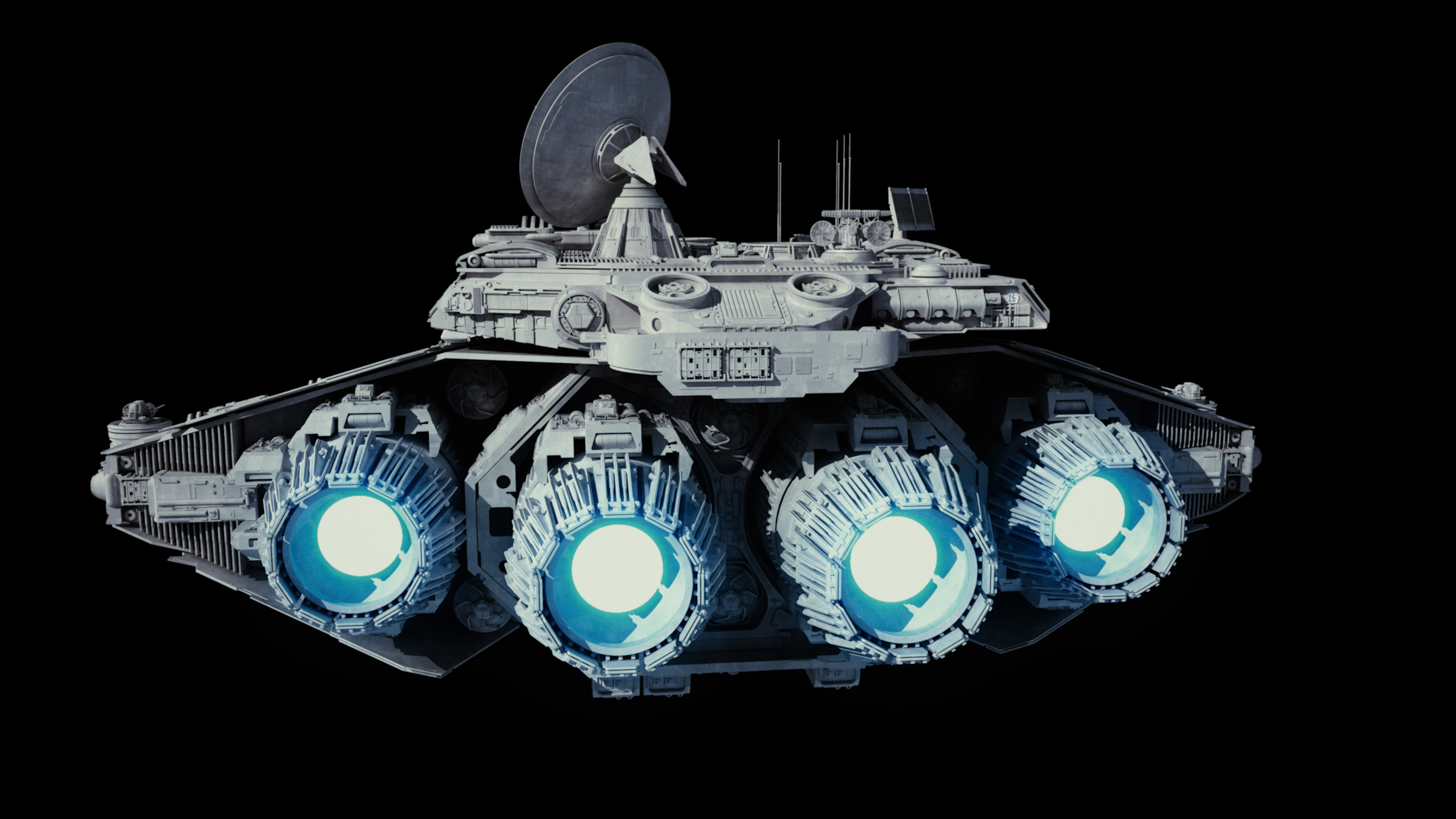 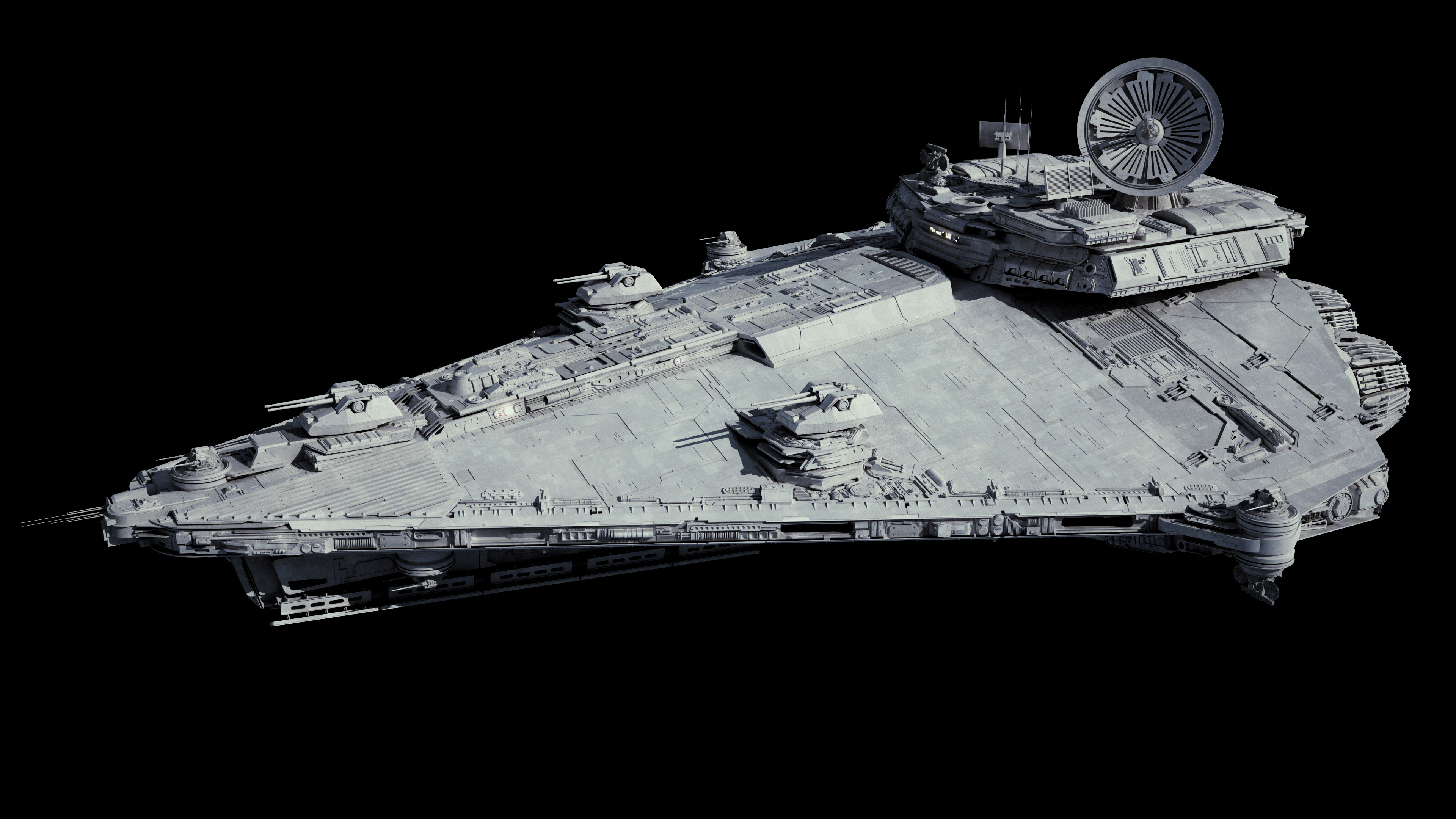 is it possible to see it from the bottom with the hanger doors open or would that take alot more time?

These things are Amazing in THrawn’s Revenge. had 2 contribute to killing an ISD and survive. And a couple fo these and Tom Falks make a great combo.

can i make this in minecraft

why drop ties instead of launching them forward like a CR 90 did in rebels?

For a long and narrow hangar you can launch quicker than if you fed them out of the hangar through one narrow opening.

Is there any data on the size of the hangar? I am trying to get a general idea of what other types of small ships would fit in there.

I have to be honest, not my favorite ship (you just have so many other amazing designs), but by no means a bad one. I especially love the ventral hangar. Hangars are not a very common feature among corvettes, but the fighters definitely give it more versatility.

The three double-dish mounts (under the port and starboard LTLs, and on the aft of the bridge), are those tractor beam projectors?

Was thinking scanning modules when I built them.

I love the launch shots, I count 10 fighters and a transport?

Are there any new geo in these renders?

Great to see the Vigil in all her glory. I love this ship.

How many people does it take to man this? I bet it’s cramped lol.

According to the Age of Rebellion Core Rulebook, 200 crew in a 255 meter-long ship…with room for 200 passengers.

there is no way, with all the equipment, fuel, fighters, etc

Why not? The USS Wasp amphibious assault ship is over five times narrower than the Vigil at its widest point and carries 1070 crew, 1684 marines, 3 LCACs, 6 fighters, 4 attack helicopters, 12 assault helicopters, 4 heavy lift helicopters, 3 utility helicopters, 5 MBTs, 25 AAVs, eight howitzers, 68 trucks and 12 other utility vehicles. There are many differences between the two, and I don’t know which has the largest internal volume, but I don’t think that a crew of 200 with 200 passengers and twelve fighters – especially since the twelve fighters are virtually external – should be… Read more »

A Wasp doesn’t have anything near the system requirements of an interstellar space craft, though. Just off the top of my head, a Wasp doesn’t have/need atmosphere reprocessing, artificial gravity, acceleration compensation, ion drives, hyperdrives, etc. The overall density / percentage of the ship’s volume devoted to the systems essential to the ship’s ability to function and travel between the stars is likely far higher than that of a Wasp. That being said, I’d be more inclined to go with either a far smaller number of passengers, or to have the “200” number be the total capacity of crew and… Read more »

As I said, there are many differences in design, purpose and requirements between the two, but look at how much space in a Wasp devotes to carrying all the various vehicles against the space utilised for the troops and crew: https://fas.org/man/dod-101/sys/ship/lhd-1.htm. The troops and crew only take up a very small amount of space, and there are almost three thousand of them.

The Vigil is 255m long and over 180m wide at the rear. I think it can find room to fit 400 people in it, even with all the necessary ships systems.

Launching fighters will be fast but taking them back on board… pain in the stern.

even with tractor beam or two. I suppose it carries around 24 fighters so it should take a while.

theres only 8 doors in the bottom, is there room for more?

20 doors, including the pair at the front. Each of the 8 you counted is a pair, with a TIE/ln behind each door. There is also a pair of long doors at the back of the row, which provide space to either recover fighters slowly and safely or dock a smallish shuttle. Carrying capacity seems to be 16 TIE/ln, allowing a full squadron to deploy while up to 4 ships are down for maintenance/repair. The forward doors are, presumably, used for launching a pair of TIEs on patrol. The rest would then move forward on the racks, allowing the patrol… Read more »